If trying conditions produce true champions, there are few truer champions than the new 2021 Canadian national enduro championships held over the weekend in Whistler. An “atmospheric river” washed over the Sea to Sky region, dumping over 100mm of rain on race day and the days leading up to it, setting the stage for a dramatic season finale.

Canada’s fastest donned all the rain gear they could find and rode out into the storm to fight it out for maple leaf sleeves at the year’s last race. Jesse Melamed and Andréane Lanthier Nadeau, both of Rocky Mountain Race Face Enduro Team, emerged from the rain and into the warmth of Concord Pacific Hotel as the new 2021 Canadian enduro national champions.

In the under-21 race, held on the same 51-kilometre course as the pros, it was Emmy Lan (Commencal Canada) and Noah Rubuliak (Giant Canada) earning the titles, and the right to wear the maple leaf through the 2022 season. For Lan, it is her second national title of the year after winning the junior women’s race at 2021 Canadian Downhill nationals at Kicking Horse in July. 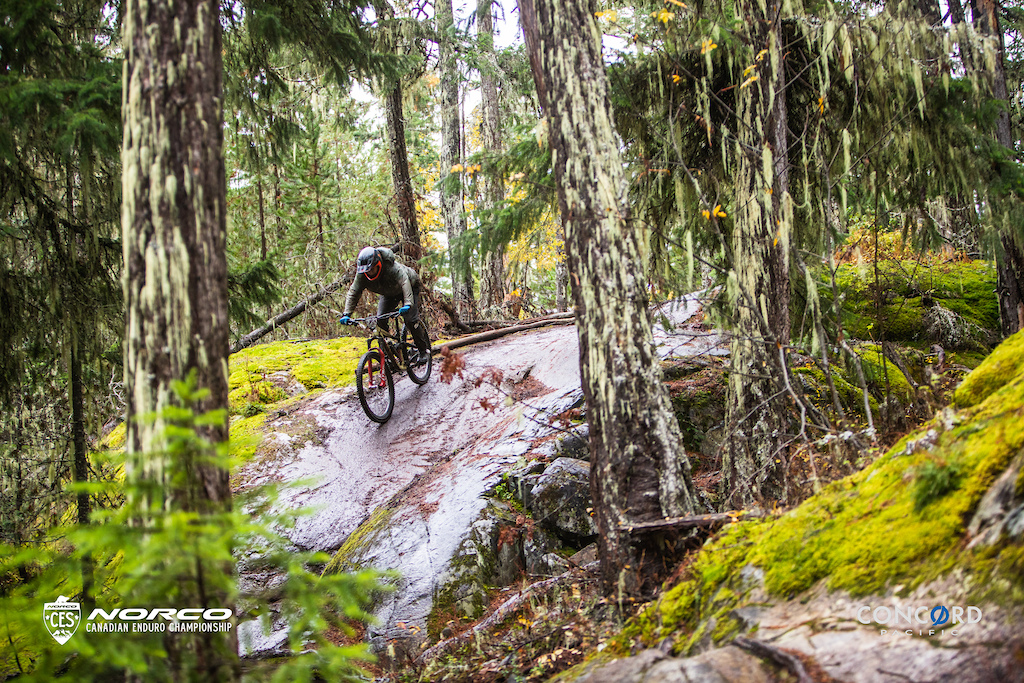 The pro men’s and women’s titles went to two Rocky Mountain Race Face riders. For Andréane Lanthier Nadeau, it ends a roller coaster season, one that saw her sit out EWS rounds due to concussion protocols, on a high note. For Melamed, it cements another solid international season, one where he finished third overall in the EWS, with a win at home.

While both riders have shown they can win on any course, the physical NCES course required the pair of former XC racers to dig deep into their background of racing uphill and staying focused while in the red. Lanthier Nadeau takes a well earned win over Julia Long (Commencal Canada) with Florencia Espineira in third.

Under-21 Men and Women

The under-21 podiums brought together a diverse mix of riders, with the physical Whistler course putting cross country racers s to shoulder with downhill national champions. 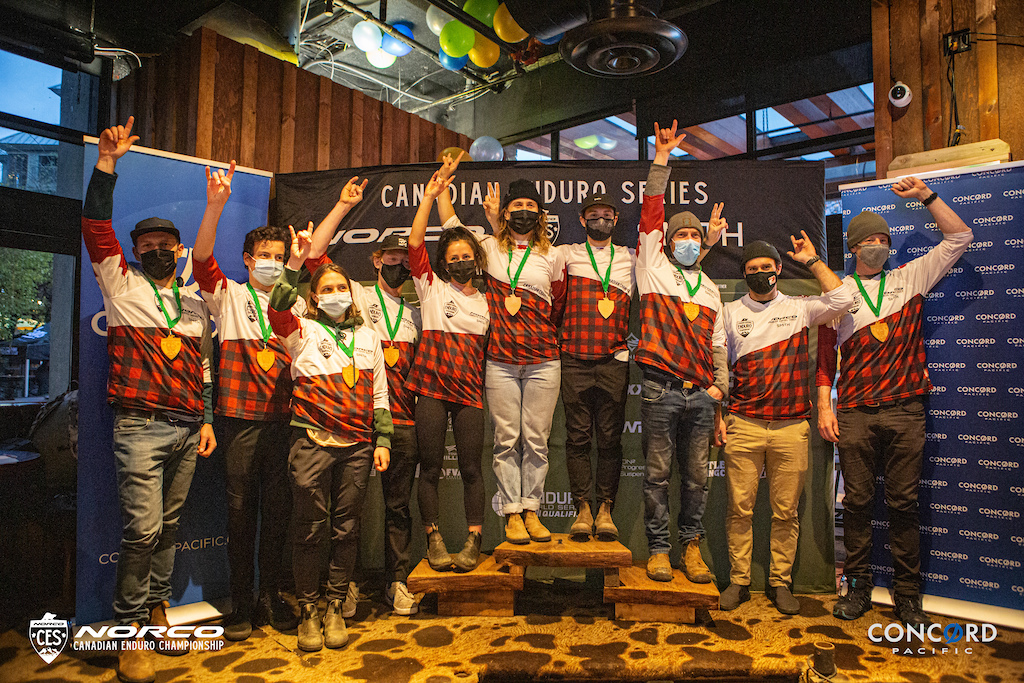 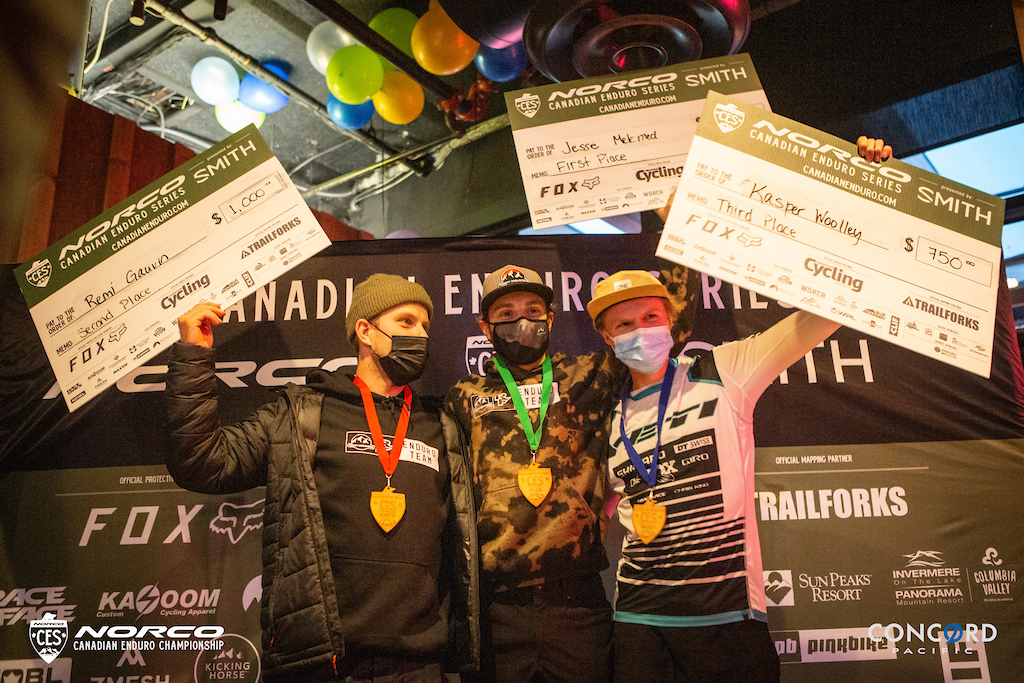 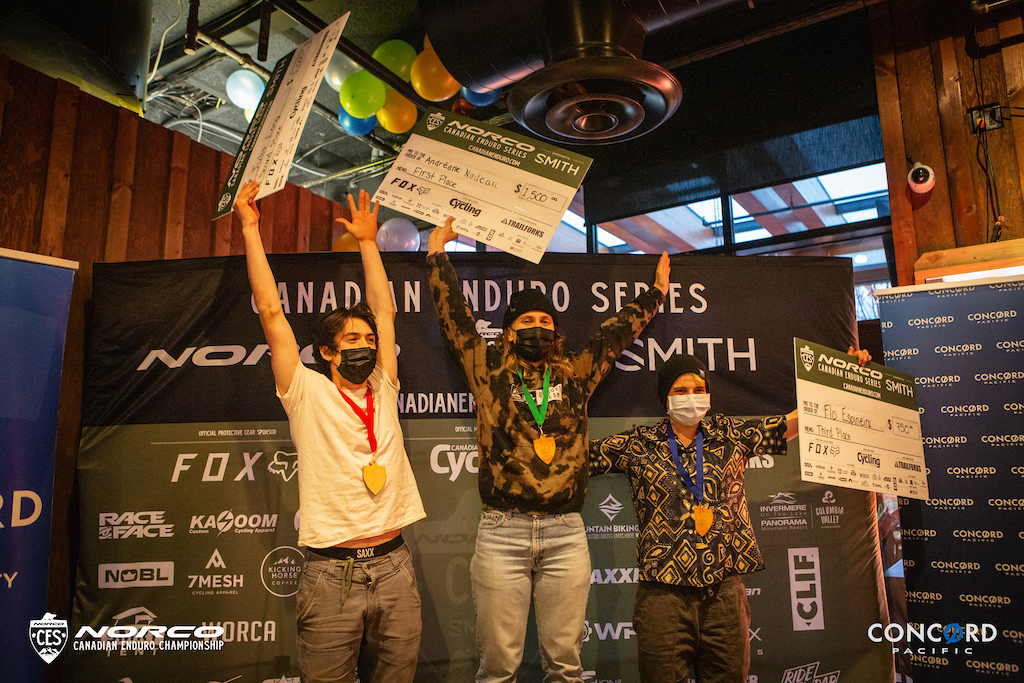 Pro Women: A Julia Long stand-in - BC Ferries reservations are hard to come by and the boat waits for no one(2nd), Andréane Lanthier Nadeau (1st) and Florencia Espineira (3rd). Photo: James Cattanatch 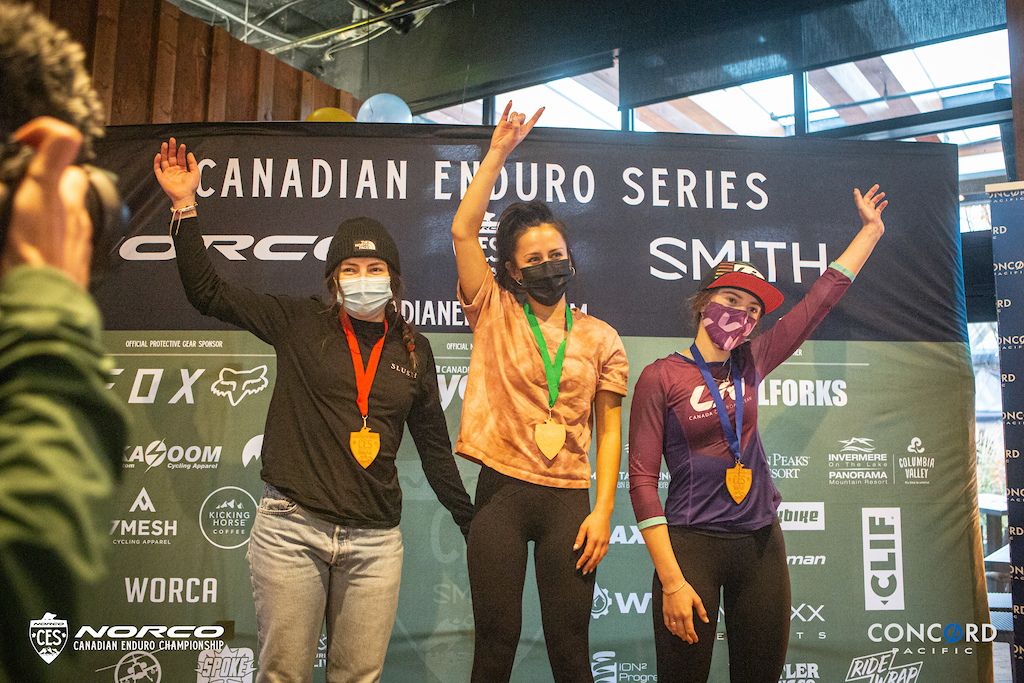 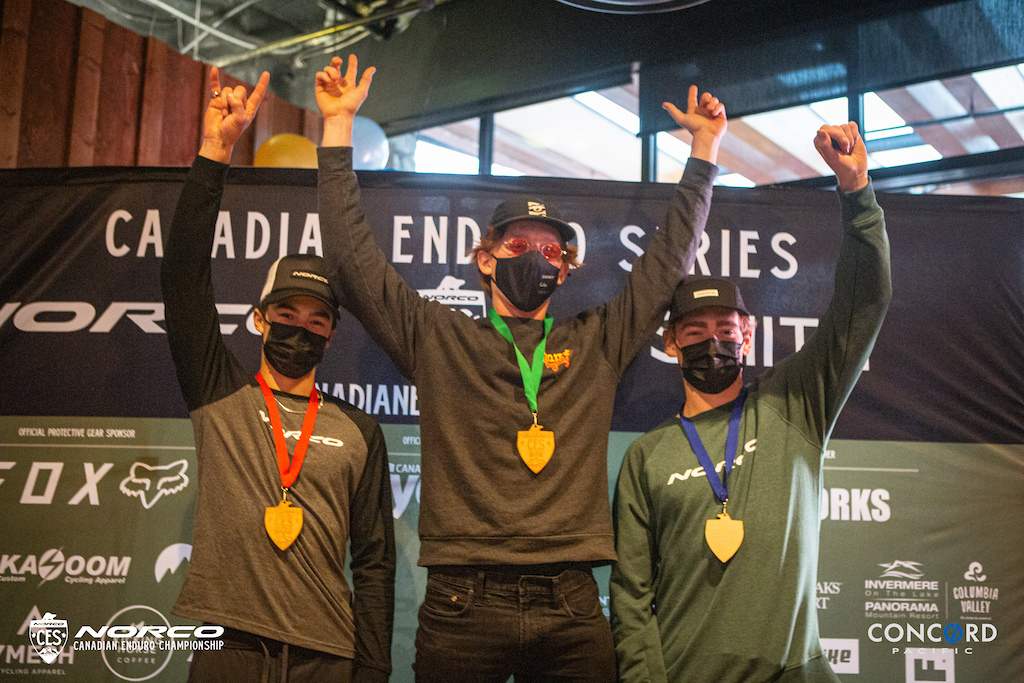 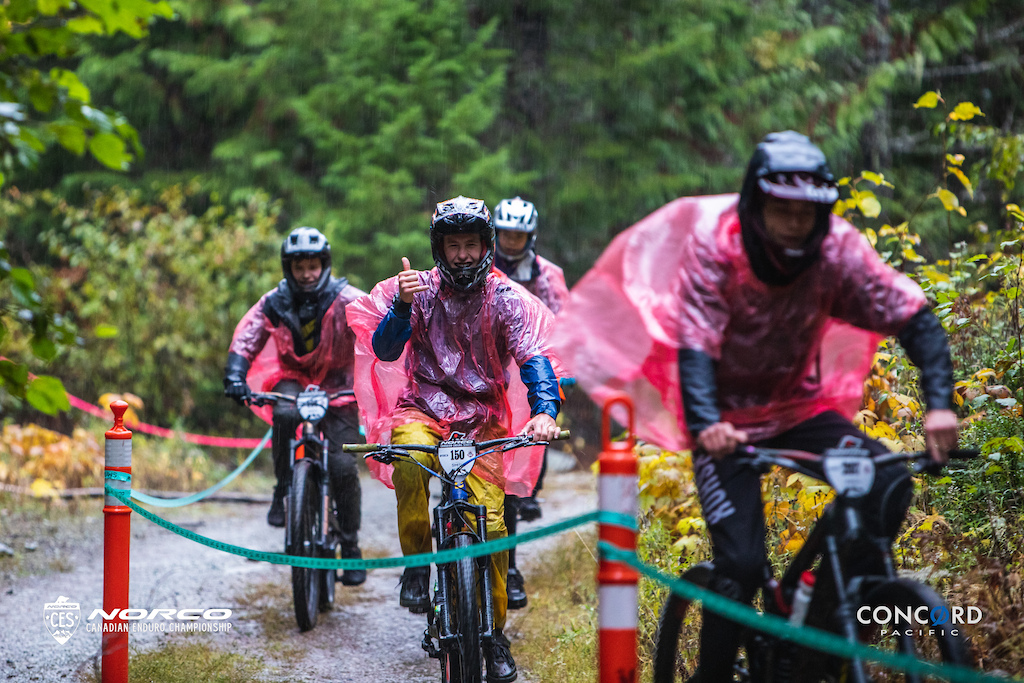 Not champions jerseys, but dressed for success. Anyone who finished - or dared start - Sunday's raace deserves recognition. Photo: Alex Jackson. 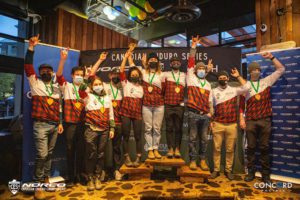 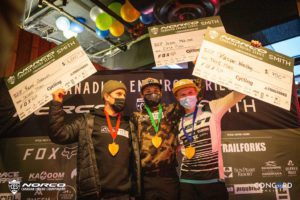 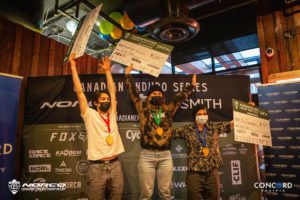 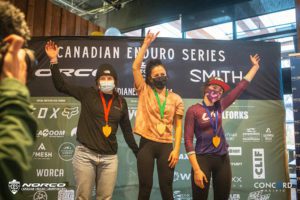 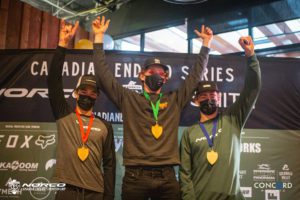 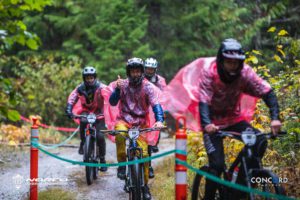 Sunday’s event also marked the final NCES event for the series former owner, Ted Morton. After years of growing the series, Morton handed off the reigns to Matt Hollbrook earlier this year. The wet Whistler weekend marks the end of a transition period with the former organizer helping the new team settle in.

As always, NCES used a significant portion of its race entry fees to donate back to the local trails, which will need some love after the weekend’s racing. NCES handed over $5,000 to Whistler Off-Road Cycling Association (WORCA), in addition to requiring all racers to join the local trail organization.