With a string of solid results leading into world championships and a custom Canada-theme’d world race bike from his Devinci / Unior team, Kirk McDowall is looking forward to racing in Canada on Sunday.

“It’s sick to be at home for worlds, this course has always been good to me,” the Vancouver, B.C. racer says about returning to the Mont-Sainte-Anne course, where he was 12th in the 2017 World Cup. “As far away from home as it is, it’s cool to come down the track have have people yell “Canada!” so it does feel a lot more like a home race than Europe does.”

The 2016 and 2017 Canadian national champion has been moving back up to the sharp end of leaderboards all year. At 2019 nationals at Panorama Mountain Resort, McDowall was just 0.73 seconds away from reclaiming the maple leaf sleeve. The only rider to set a faster time was top-ranked World Cup rider, and former junior world champion Finn Iles.

Then, At Crankworx Whistler, McDowall was third against a heavy-hitting international field in the Canadian Open DH. Heading back to Europe, he turned that momentum into a 27th at the Lenzerheide World Cup.

With world championships landing at home in Canada, he’d like to keep the momentum going for the home crowd.

“You want to hold it down for Canada,” he says of racing at MSA. “Obviously you’re trying at every other race as hard as you can, but somehow at this one it seems like you want to try that little bit extra hard.”

It’s not just a home race for McDowall. Devinci, the bike sponsor for his Devinci / Unior Factory Team was founded nearby in Chicoutimi, Quebec, which, McDowall says, adds to the excitement. The team has gone all out, adding a mini-house and lawn to the usual pit tent set-up, as well as the custom-painted world championship bikes.

“It feels like a big patriotic kinda deal this weekend, with the worlds bike all painted up – those guys went crazy with the paint job with the details of mountains and Canadian colours. Plus having the sweet pit set up, and all the Devinci guys together under the same tent, it’s pretty dang cool.” 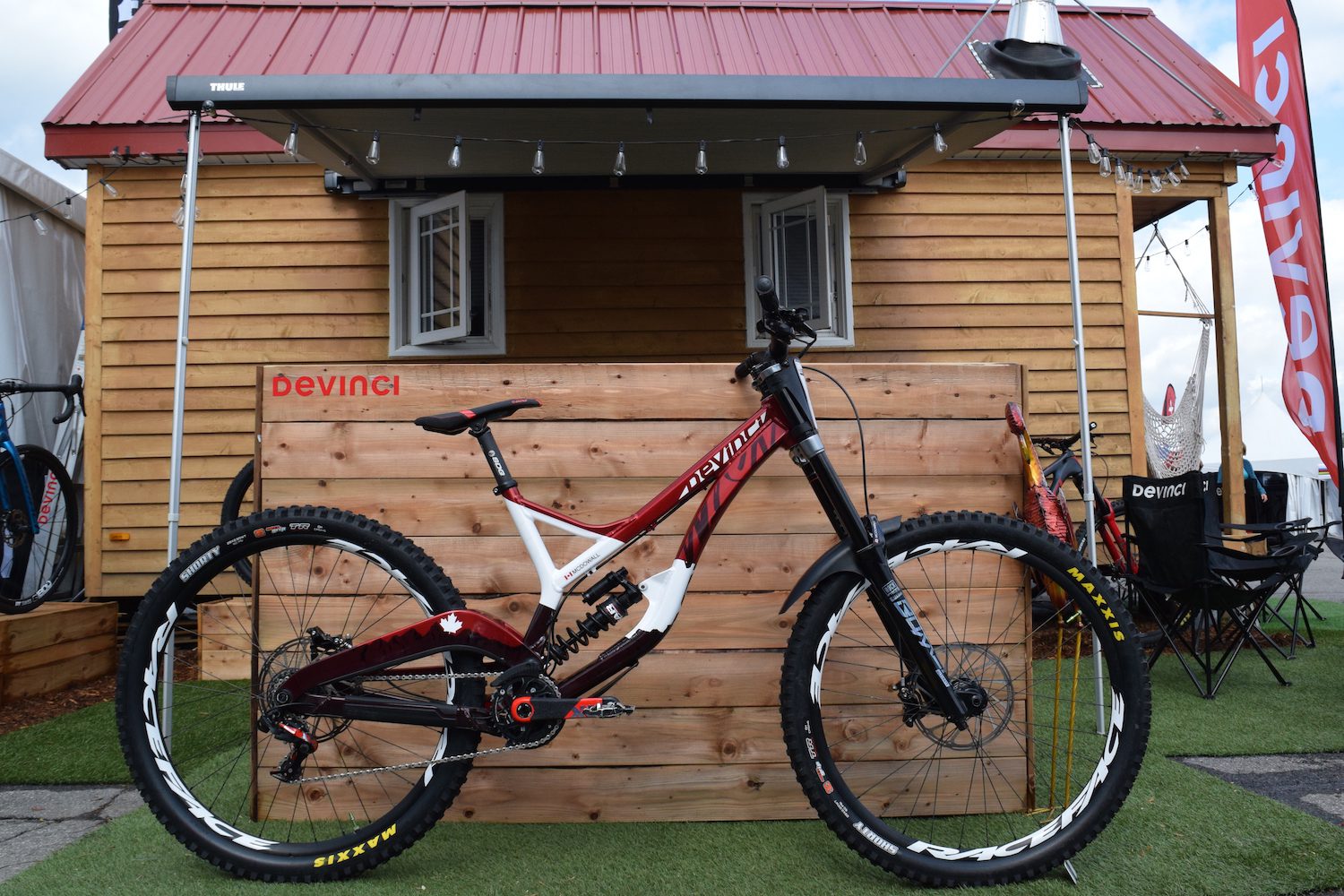 Riding the wave with Canadian downhill

McDowall isn’t the only Canadian under the Devinci tent this weekend. Hugo Langevin was the top Canadian in qualifying, ranking 10th on a treacherously slick track on Friday. Also out from B.C. are Georgia Astle and top-10 ranked junior racer Patrick Laffey.

Laffey’s part of the rising wave of Canadian downhill talent taking the junior field by storm this season. Coming into Mont-Sainte-Anne, four were ranked in the top-10 in the World Cup standings.

“It’s pretty exciting,” McDowall says about the surge in the Canadian downhill scene. “I guess we maybe had a little bit of a lull in the excitement after Steve. Now alot of the kids he inspired are coming of age in the junior ranks and lighting things up. It makes you want to send it too, so you don’t get beat by juniors,” he adds with a laugh.

While the home race and his past success at the venue line up well for a solid result on Sunday, Mont-Sainte-Anne is a beast of a course. “It has it’s challenges, too,” McDowall says of the punishingly rocky course. “We’ve raced here alot of times, and you have to be careful, you don’t want to burn yourself out before Sunday.”

With more relaxed qualifying rules for world championships, and heavy rain making the course more difficult than it is to start with, McDowall rode safely to 20th in Friday’s qualifiers.

“With there not being as much on the line today, the balance was more about getting down. If the same situation was a race fun, or actual qualifying, you’d have to push it more towards taking some risk.”

Especially with rain causing last minute changes in how the course was running, McDowall’s saving his effort for Sunday.

“I was definitely just riding just by feel out there today, with how much the track conditions changed it may as well have been my first run down.”

Check out the Canadian theme’d details on McDowalls world championships Devinci below: 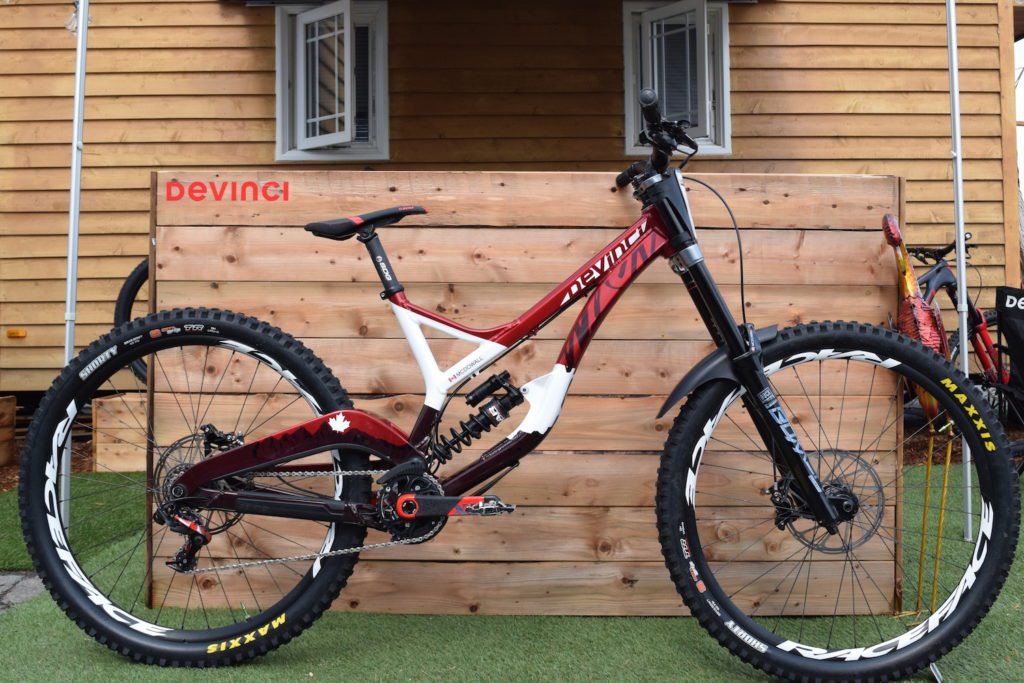 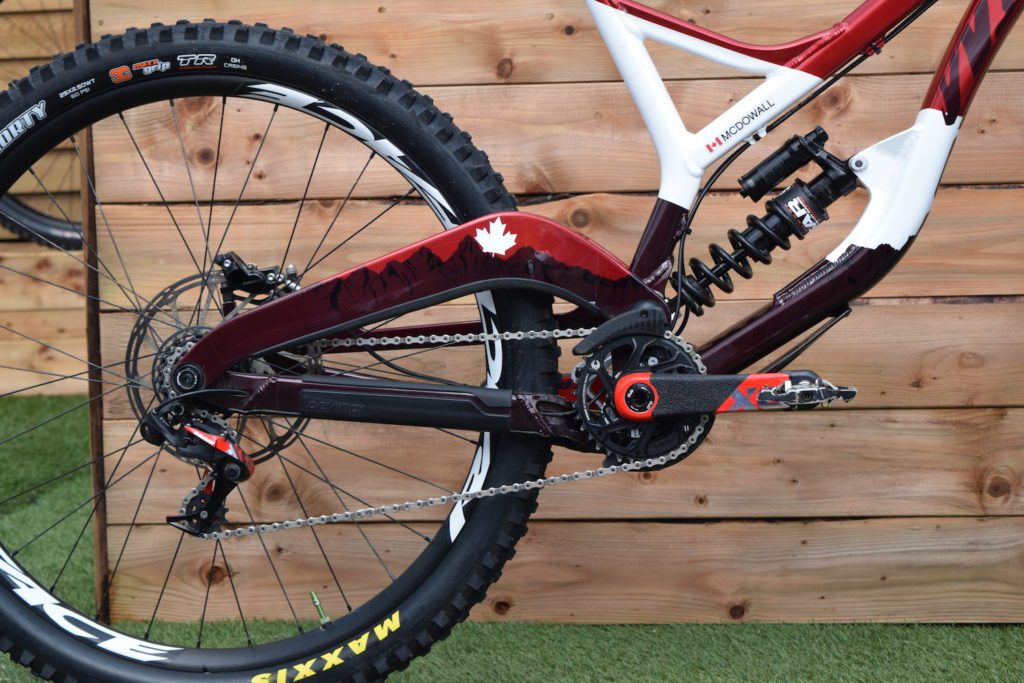 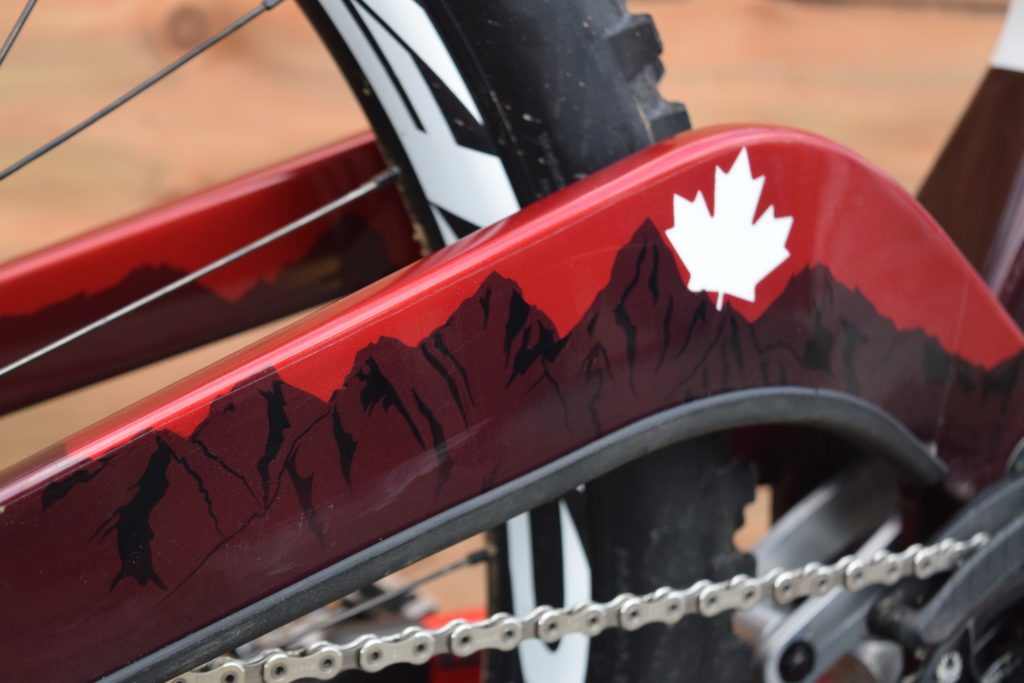 Mountains and maple leaf details on the rear triangle 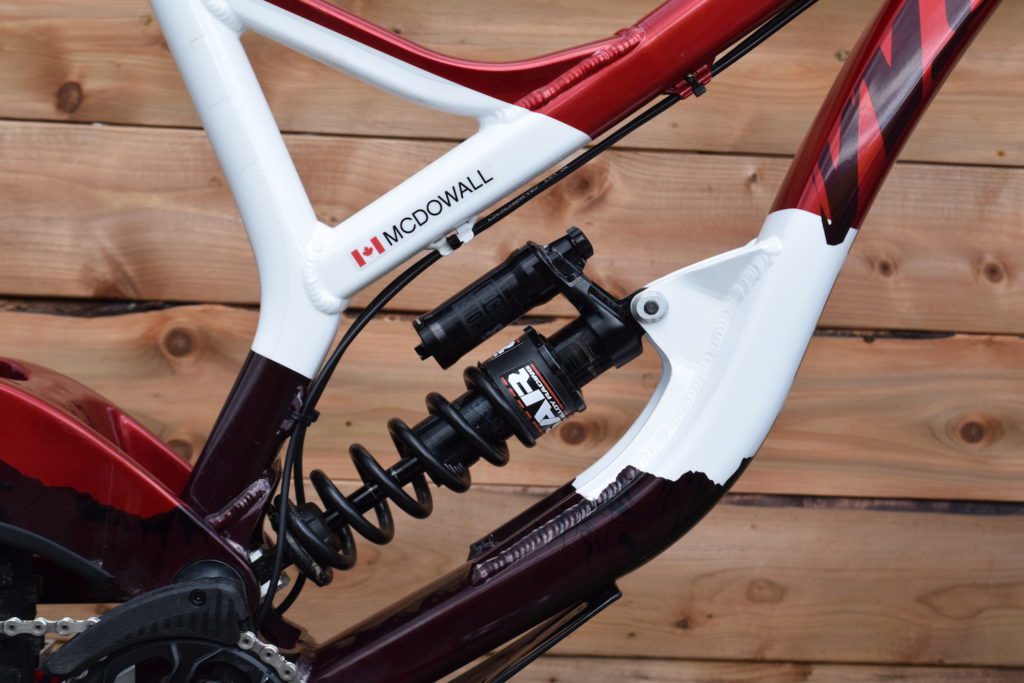 Custom anpe plate and more details on the main frame 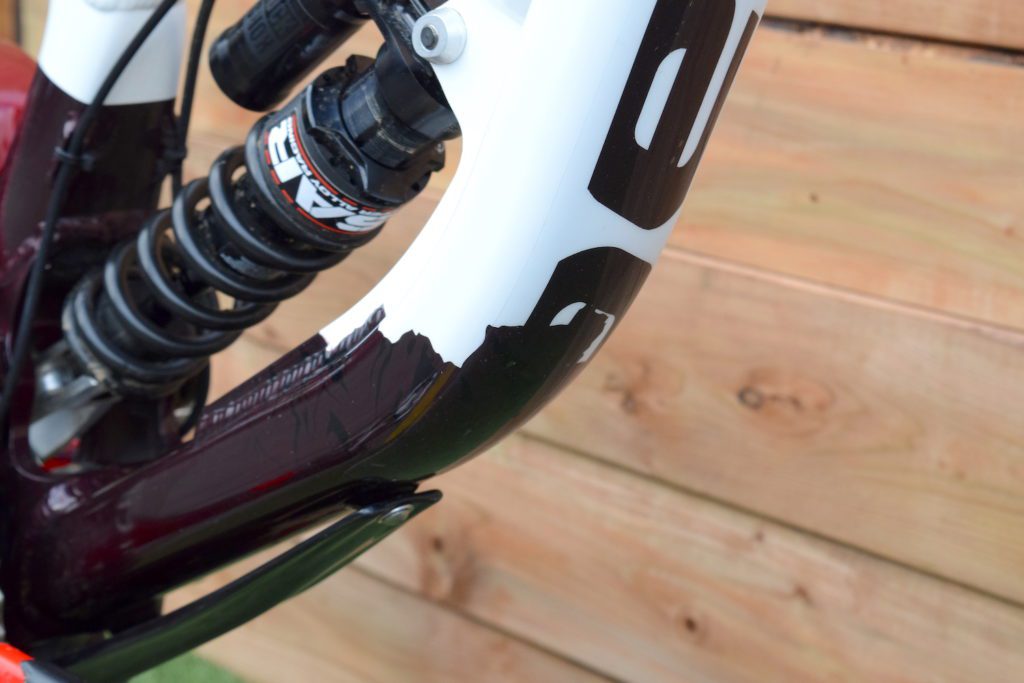 McDowall is from Vancouver, and the mountain details extends to the lower frame 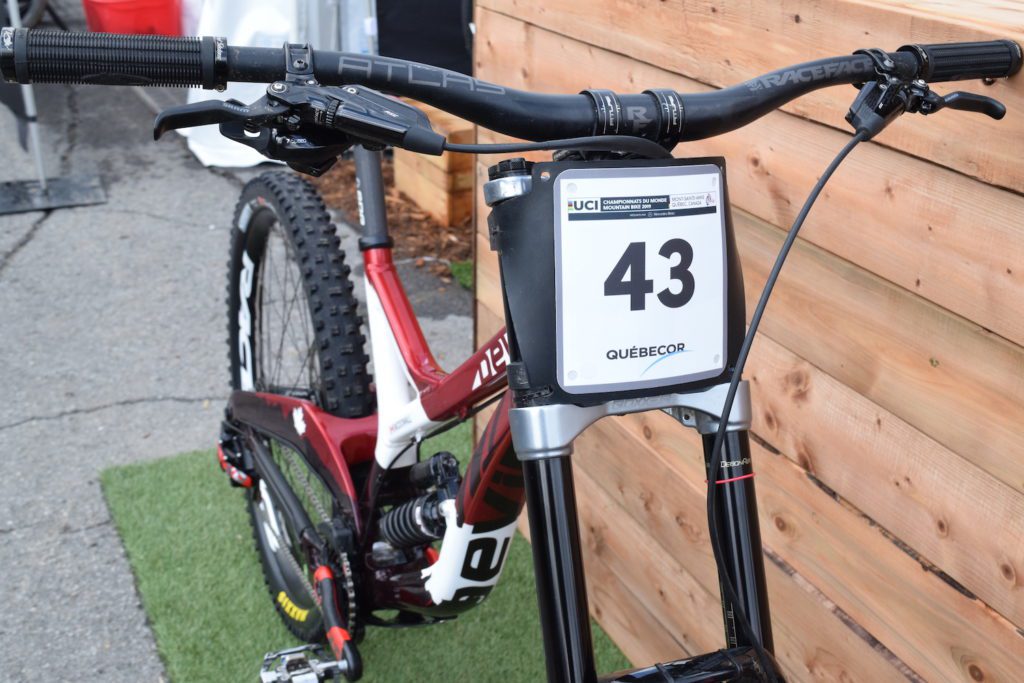 Race palte on, ready for Sunday 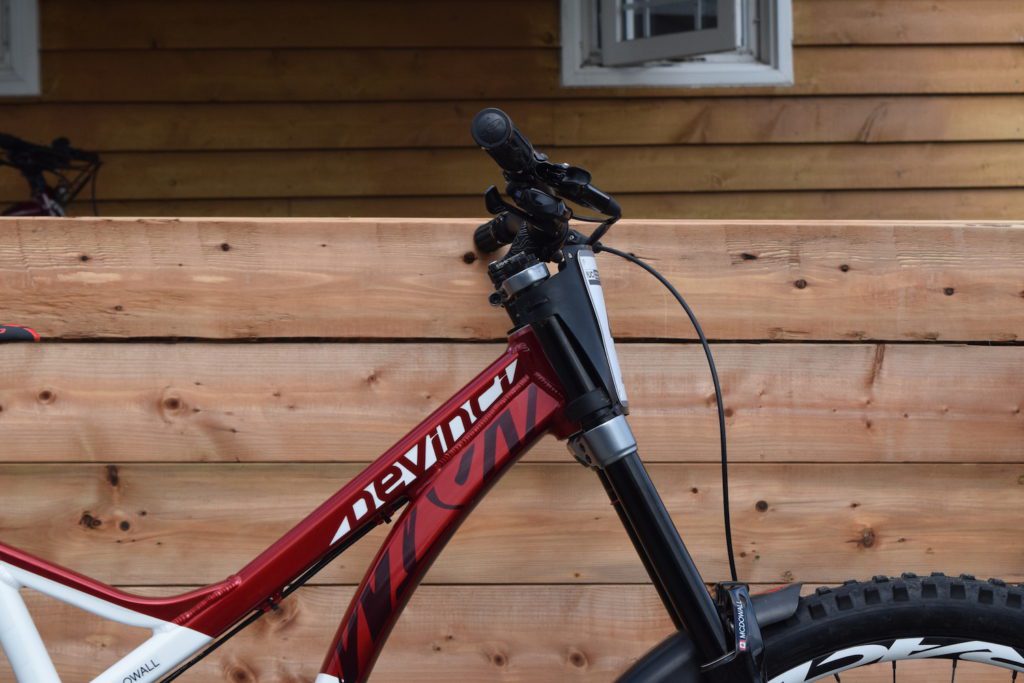 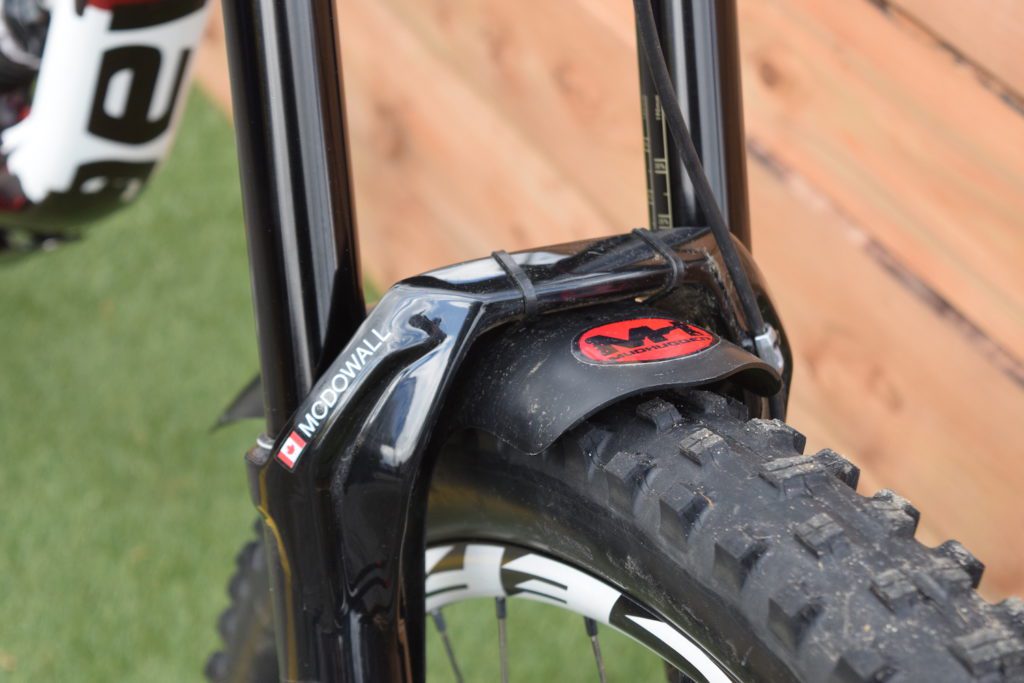 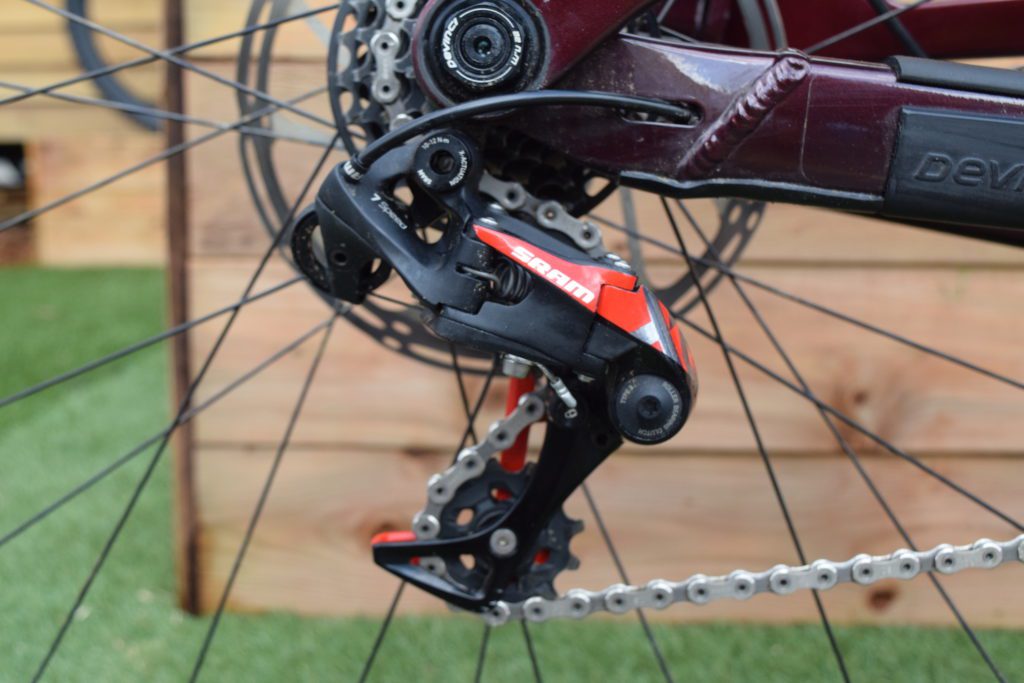 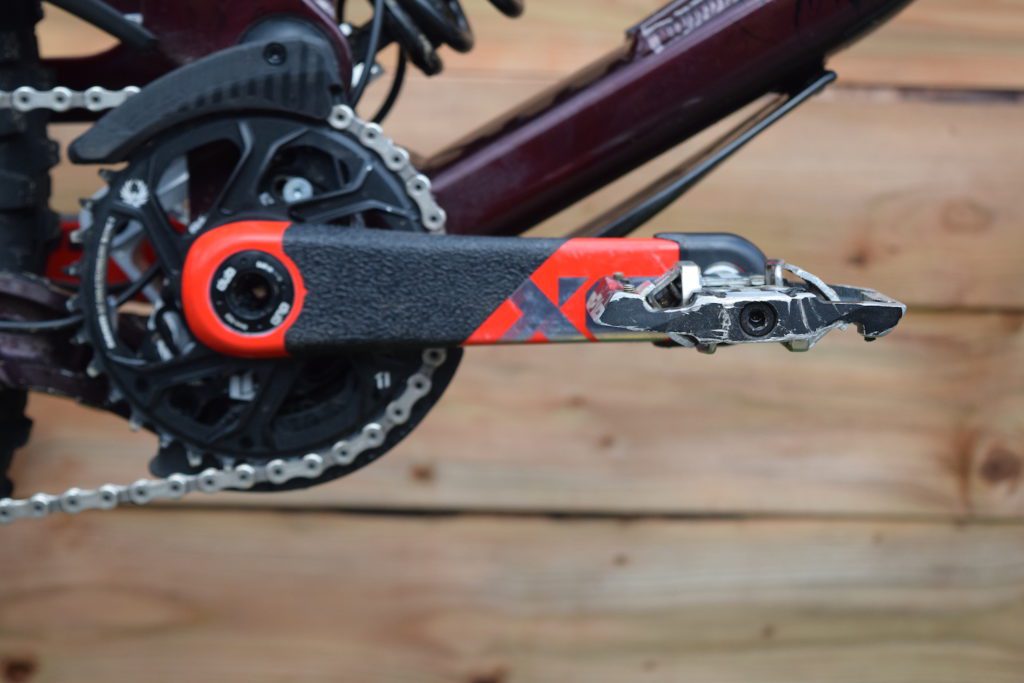 Down to red accents on McDowall's crank arms 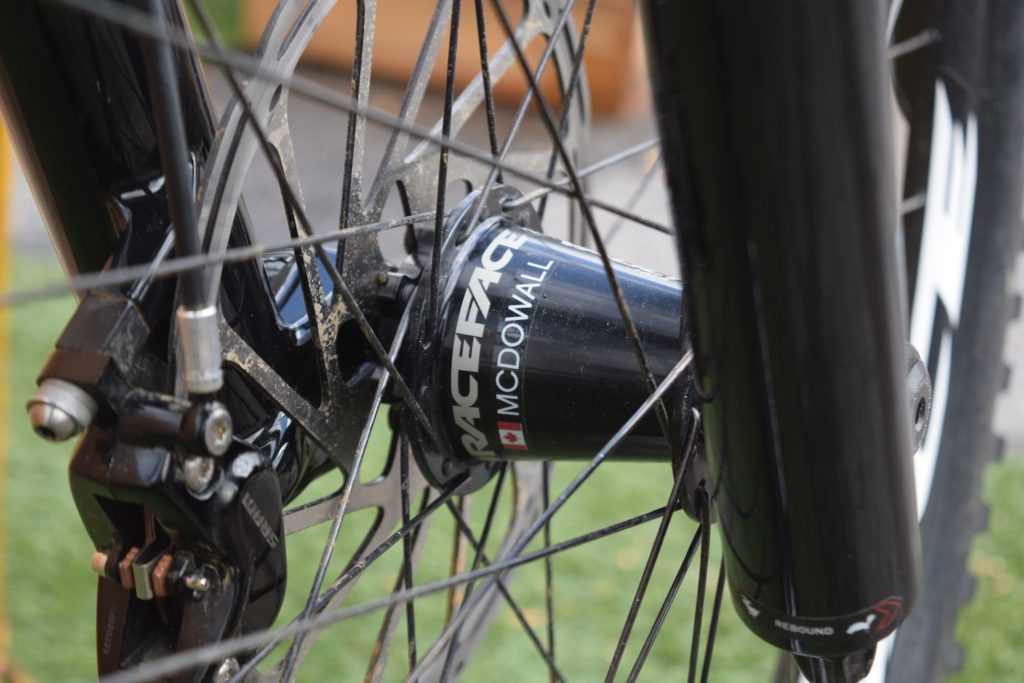 And even his own Vault hubs from Race Face 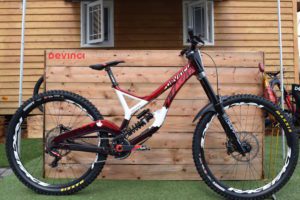 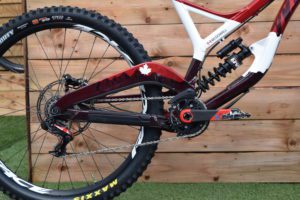 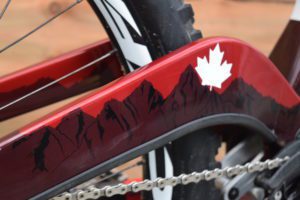 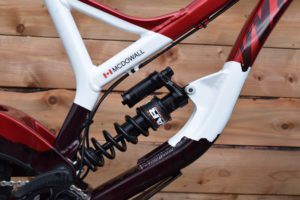 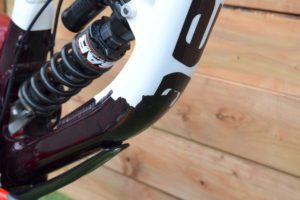 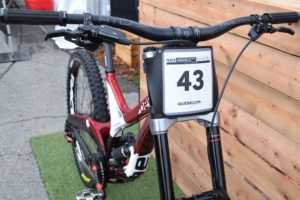 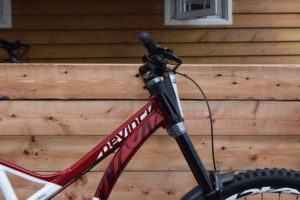 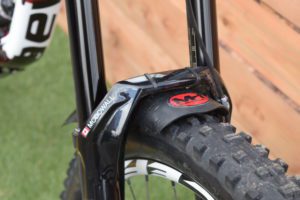 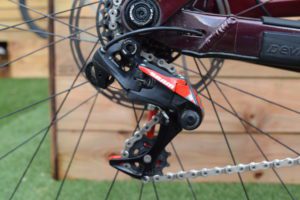 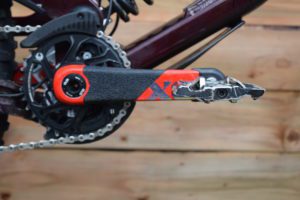 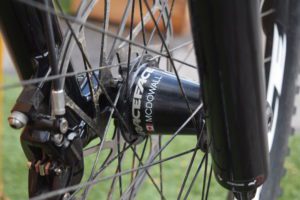