Mitch Kaiser has been riding in Toronto’s Don Valley (known as simply ‘the Don’), since he was a child. He’s intimately familiar with its many winding trails and the evolutions they’ve experienced throughout the years.

With this year’s race season on hold, Kaiser has been looking for ways to challenge himself while staying safe and local. First, he did Zwift’s Uber Pretzel ride—128.3 km with 2,335 m of elevation. “When I finished I though ‘I never want to do that again’,” says Kaiser, “But two weeks later I was thinking ‘What’s another studpid thing I could do.’”

Kaiser and a friend had joked about riding 100 km in the Don the for a few years, but they could never get the timing right. “We did try it last summer, but it was a 40 degree day and we weren’t prepared at all.” says Kaiser. “We didn’t bring enough snacks and only had one bottle each—we did about 50 km and were totally busted after.” 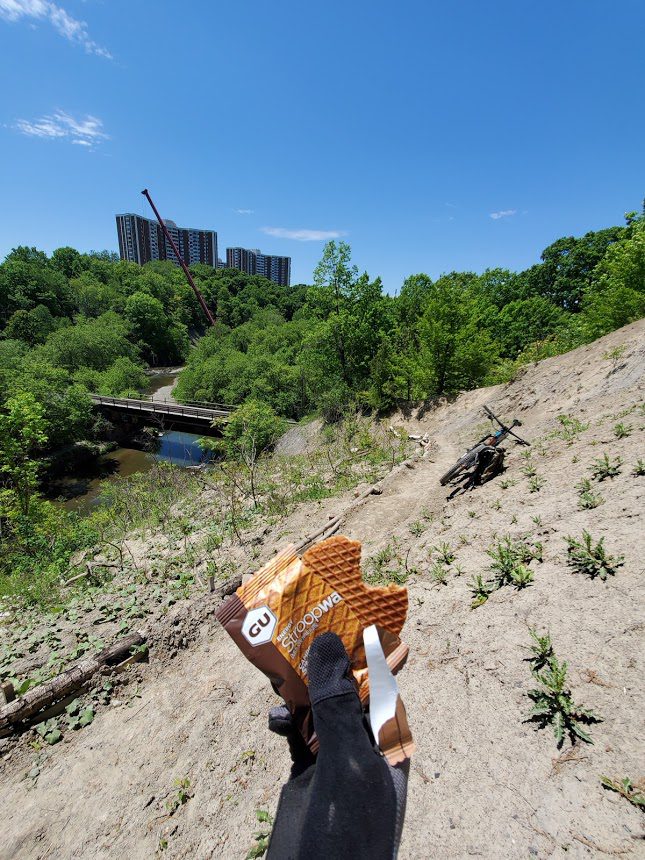 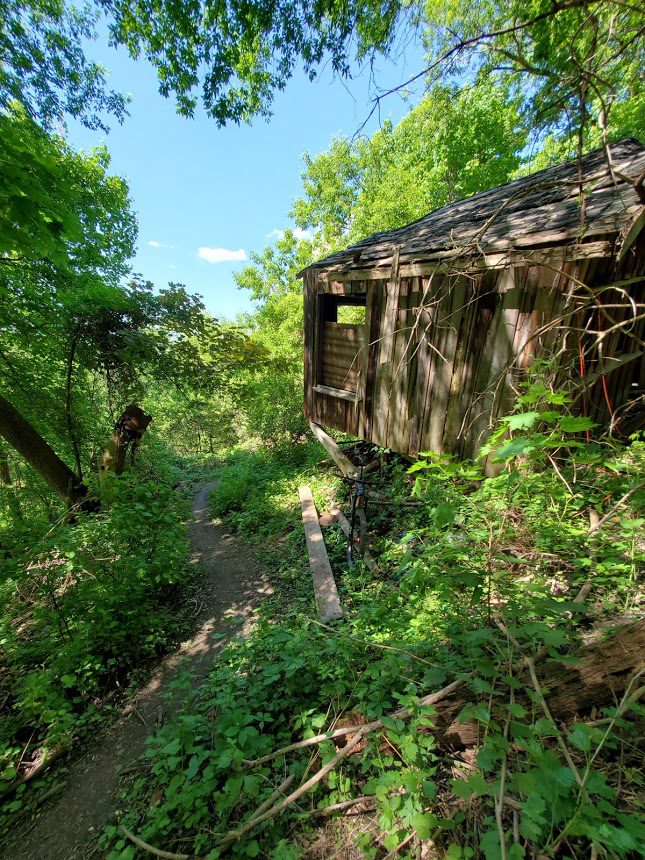 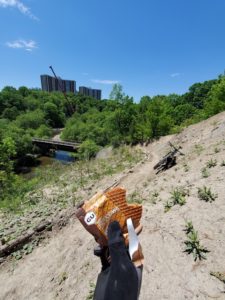 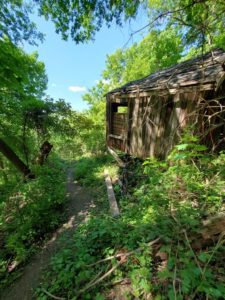 With nothing else happening right now, and no events to keep him from “tearing his legs apart”, Kaiser saw the perfect opportunity to attempt the 100km ride. He took a day off and—armed with a bunch of sandwiches, snacks and about four litres of water—he headed over to the Don. Kaiser notes that it was important to be self-sufficient because water fountains are closed, but otherwise, “I think people thought it was more planned than it was. It wasn’t very scientific, I just wanted to do 100km in the Don.” 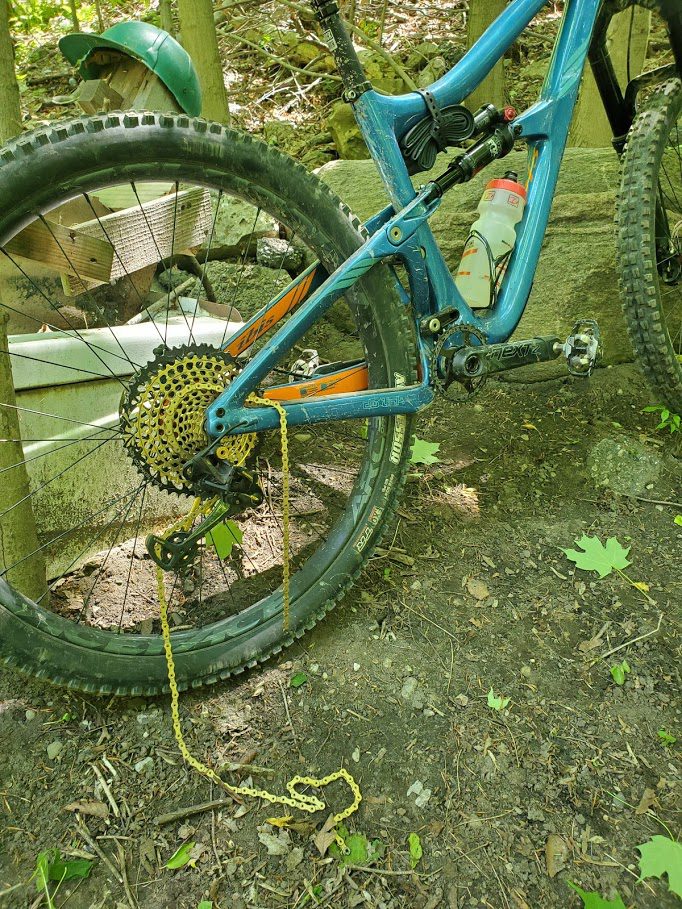 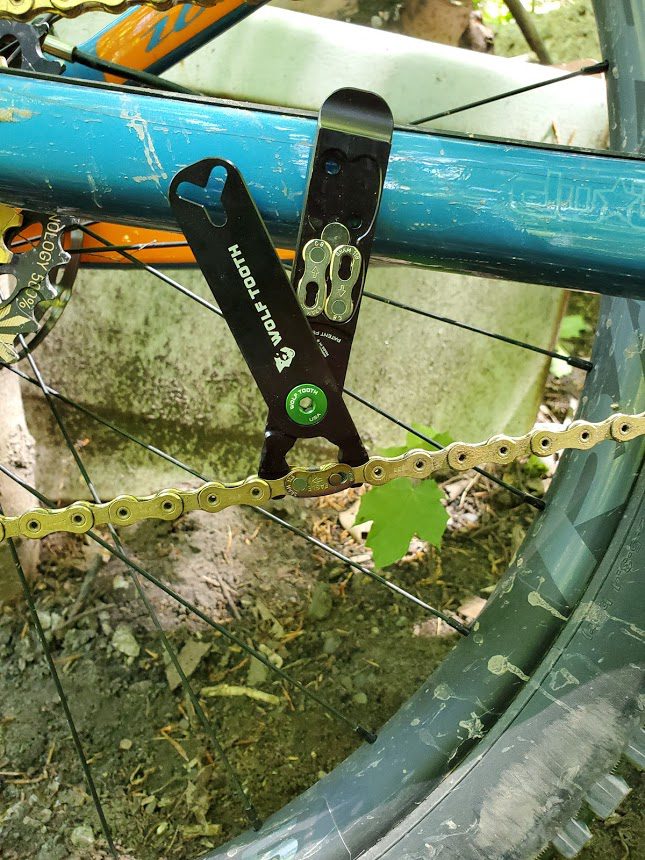 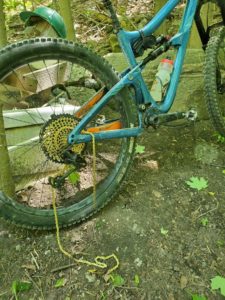 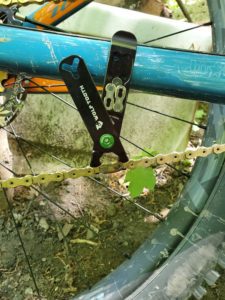 His aim was to ride all of the trails in the valley (and ride a few of the out-and-back ones in both directions). A broken chain 40km in was easily fixed with the Wolf Tooth ultralight pack pliers multi-tool he had brought. “The first 40 km went by quickly,” says Kaiser, “but from about kilometre 40 to 60 I did all the trails nobody uses anymore in the east Don. It was a lot of hike-a-bike and a lot of pretty rough trails.”

By about kilometre 70 he had hit up pretty much all of the trails. For the last 30km he did repeats of his favourites. All in all it took seven and a half hours of riding and about 2,400-2,500 metres of climbing to hit 100 km.

Everesting, 24 hour ride and KOM records are being broken every day as people look for challenges during the pandemic. “This could be the Toronto mountain biking version of Everesting I guess,” jokes Kaiser. A post about his ride in a local Facebook group has prompted a number of local riders to challenge each other the to ride.  No one has taken on the “100km in the Don Challenge” yet, but there are rumours that one of Kaiser’s Lantern Rouge teammates may step up to the plate.

“It’s a great year to try these weird solo challenges,” says Kaiser. His ride highlights that there are ways to challenge yourself without racing or flying to famous riding spots. “It’s fun to see what kind of dumb rides I can do in the area,” he says with a laugh.

He counts himself lucky to live in a large urban centre with such an extensive trail network. “The don is a gem,” says Kaiser. “It’s super unique, as there isn’t a set organization that maintains it.” The dozens of trails hidden in the valley are created and maintained by dedicated locals. “It’s pretty cool that, in a car-centric city like Toronto, you can ride 70 km of unique trails downtown.”

RELATED: How to plan an adventure close to home this summer