Shimano launched its much-anticipated redesign of the top-end XTR group back in May 2018, bringing the Japanese component manufacturer into the era of 12-speed drivetrains.

Eight months later, the marquee Shimano group has yet to show up in stores. It is a major undertaking to set up manufacturing for an entire groupset, especially one as as ambitious as the initial version of XTR was. Not only did the new version of the vaunted groupset bring Shimano into the world of 12-speed, it came in 1x, 2x and 11-speed options, as well as trail and xc versions and the high-tech Scylence hub.

As reported by PinkBike’s Mike Kazimer, it turns out not all of the originally announced components will make it to market. Some will not be in their original form, as ridden by Canadian Cycling Magazine, and some will not be produced at all.

I talked to Eric Doyne, a representative of Shimano, about what they delays and changes mean for Canadians looking to get hands on the new-look XTR group.

It turns out Shimano ran into one product delay issue, and one product design issue. “Both were minor,” says Doyne “but Shimano didn’t want to compromise on the quality standards it has set for XTR-level components.” These two issues have contributed to the delay, as well as the cancellation of two parts.

In order to move to a 12-speed drivetrain, Shimano had to redesign its hub system. By using two driver plates that disengage while coasting, new Scylence hubs were designed to run completely silently. By all accounts, they did, but the production version won’t.

Instead, Shimano will ship XTR with new FH-9111 hubs. It uses a similar design, still using a 100-point engagement mechanism to give very quick (7.6-degree) response to pedaling forces, it just won’t run silently. “Shimano is still interested in pursuing Syclence technology in the future,” said Doyne, but it won’t make it onto this version of XTR.

FH-9111 are well on their way to production though, and will ship in March.

Since not every bike company was planning on using the Scylence hubs, some of this year’s bikes with XTR spec will not be held up by the delay. The crankset, though, has been more of an issue. 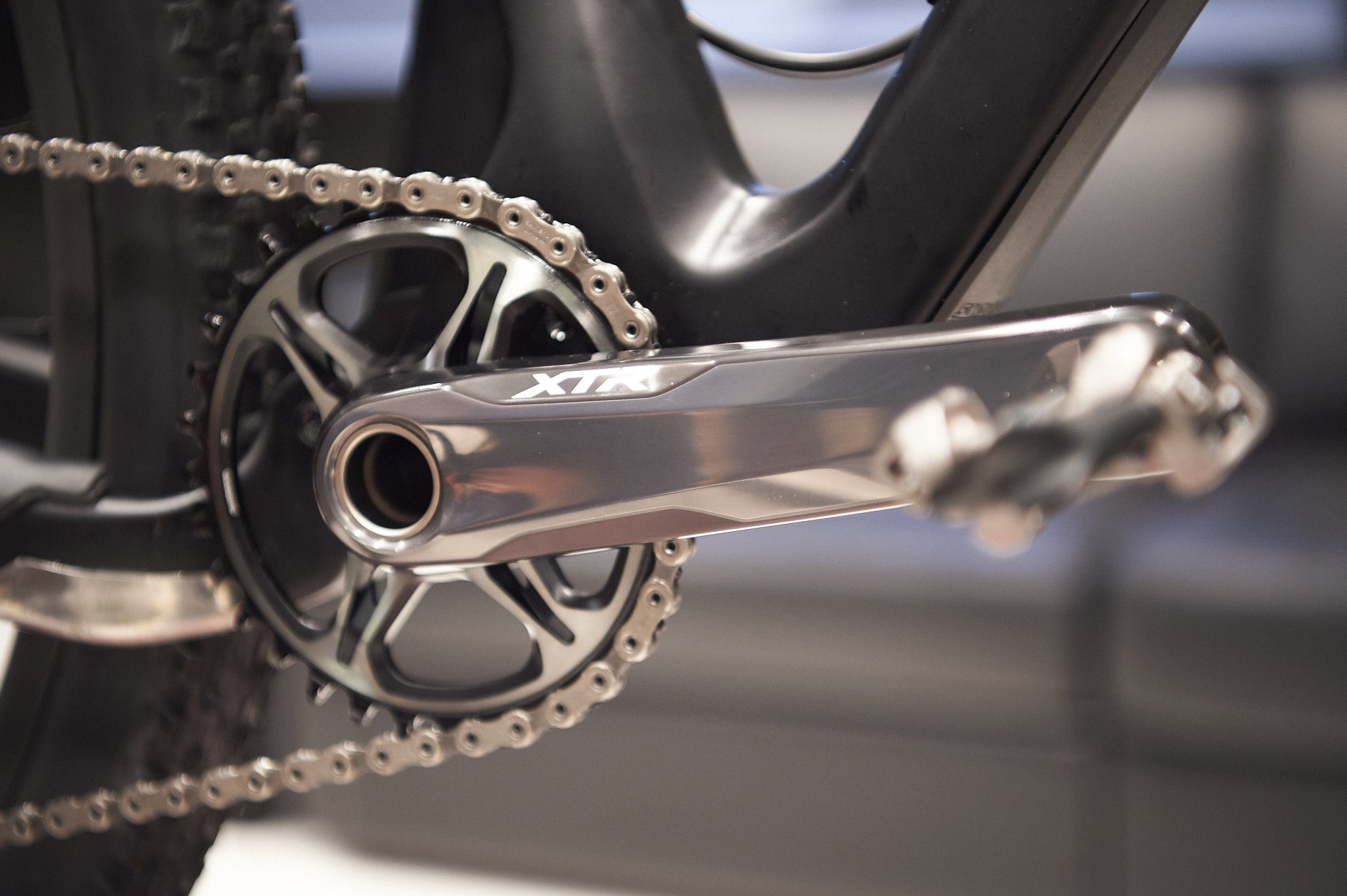 Part of the upgrade to XTR involved moving the cranket from a hollow forged design, used in previous generations of XTR, to a hollow bonded construction. It is that hollow bonding manufacturing process that has contributed to the delay in bringing M9100 XTR to market.

Until issues with the hollow bonding manufacturing process are resolved to meet Shimano’s quality standards, a non-series crank has been offered with complete XTR groups. This is the non-series FC-MT900 crankset. Shimano has issued non-series parts before, when a product is released, but is not set to the same standard as expected from a specific line. Not that the FC-MT900 isn’t nice. It will sit somewhere between the previous generation of XTR and the now-current M9100 in terms of weight.

With 11-speed, 12-speed and 1x and 2x set-ups all initially offered as options, the new XTR’s original look was extremely ambitious. With the delays Shimano has experienced, the decision was made to scale that back to try focus on production of the central pieces of the system.

As a result, the FH-M9125 wide flange hub and the 11-speed cassette (CS-M9110) have both been cancelled. They are not expected to be offered at a later date.

The first North American shipment of XTR, with the FC-MT900 crankset is on its way now to bicycle retailers and is expected to arrive by, or before March 2019. There’s two caveats to that, though.  First is that the shipment will not include a full size run of cranks. Second, it’s not clear whether any part of that shipment is destined for Canadian retailers. If it does, March is when riders can start looking for those complete groups to appear in stores.

For fans of Canadian athletes, you can expect Shimano-sponsored athletes to be racing on complete XTR groups, including the MT900 cranks in March, but they do not yet have these non-series FC-MT900 cranks on their bikes.

That timeline is important for cross country and especially for enduro athletes, both disciplines targeted by the new group. The Enduro World Series starts for 2019 with the Giant Toa Enduro in Rotorua, New Zealand on March 24. Cross country athletes have a bit more time before the World Cup starts on May 18-19 in Albstadt, Germany, but the Canada Cup series launches the season on March 30.