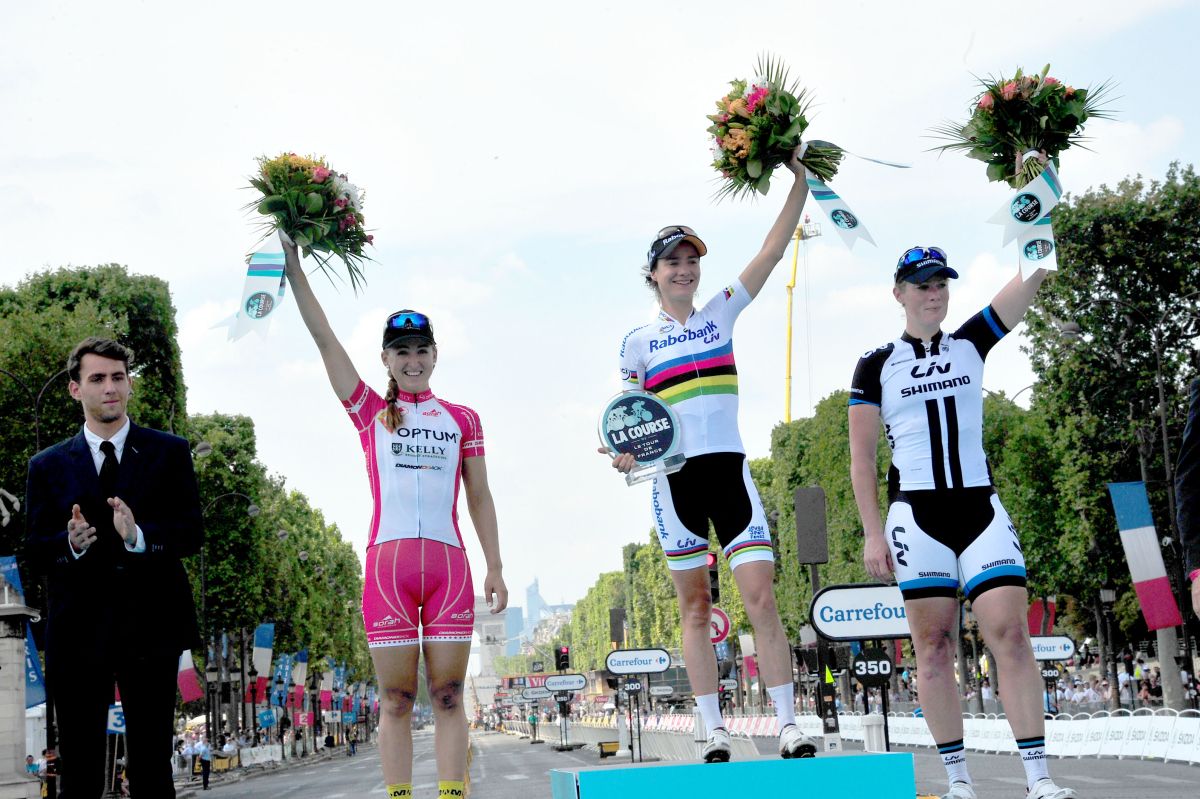 Sometimes people have asked what I would change about cycling if I could. There are many things I’d change, but there’s one issue that really troubles me.

It’s a prominent issue in the world outside of sport, but as the world (very) slowly evolves and starts to progress, it seems that the world of sport is left behind and progress is even slower. Cycling is a systemically sexist sport. It’s sometimes difficult to associate myself with the culture as there are certain attitudes with which I cannot agree.

The UCI, cycling’s governing body itself, is at fault. There are many issues that start at the top. One, for example, is that with a minimum wage set for men, which is low, one still does not exist in the women’s peloton. While the men’s minimum wage was increased slightly for 2018, nothing was implemented for women.

We then consider cycling’s biggest event and arguably one of if not the largest sporting event in the world, le Tour de France. There used to be a women’s tour hosted by le Tour de France which ended in the 80’s. In 2013, due to the initiative taken by four of women’s cycling’s best athletes, the ASO introduced a women’s race at the 2014 edition of le Tour. La Course was born, a one day race around the Champs Elysees ahead of the historic final stage of the men’s race. Winnipeg’s own Leah Kirchmann finished third.

La Course was three days last year, but is back to being one day this year. The race is a 118 km mountain stage before the men’s stage 10. This is a move in the wrong direction. The race shouldn’t be shrinking. Thanks ASO.

Trickling down even further, races in North America are priding themselves in introducing equal prize money, where both the men and women receive the same amount of money for winning the same race. Groundbreaking, I know. This, to organizers, is reason to be proud, as not all races are doing this yet. To me, it’s merely an expectation. It doesn’t matter if the race is the same distance or not (as some have argued a shorter distance justifies a disparity in pay out). Of course, I’m glad that prize handouts are becoming more equal, but it’s not the norm yet and that’s what bothers me.

The discontinued tradition of having podium girls at some large races is also news this year. That’s ridiculous. The Giro d’Italia still refuses to do away with the tradition. The mentality that tradition must be carried forward despite its negative implications is simply ignorant.

These practices that start at the highest level of the sport have influenced a culture in many racers as well. Without the intention of painting everyone with a broad brush, the misogynistic ideals of so many male racers and staff is very discouraging.

The issue of sexism is prominent at all levels of the sport. I hope that equal prize money soon becomes a norm, that equal opportunity is created and that the overall mindset is changed. For now, perhaps I can at least draw some attention to the issue. If progress is a race, cycling is losing.

Oliver Evans is a 19-year-old cyclist from Winnipeg, who is currently based in Victoria. He races on the road with H&R Block Pro Cycling.