We’re into racing season. All those amateur cyclists who have hired coaches, bought new bikes and eked out a 1.7 per cent gain in threshold power are showing up at event trying to rip each other’s legs off. 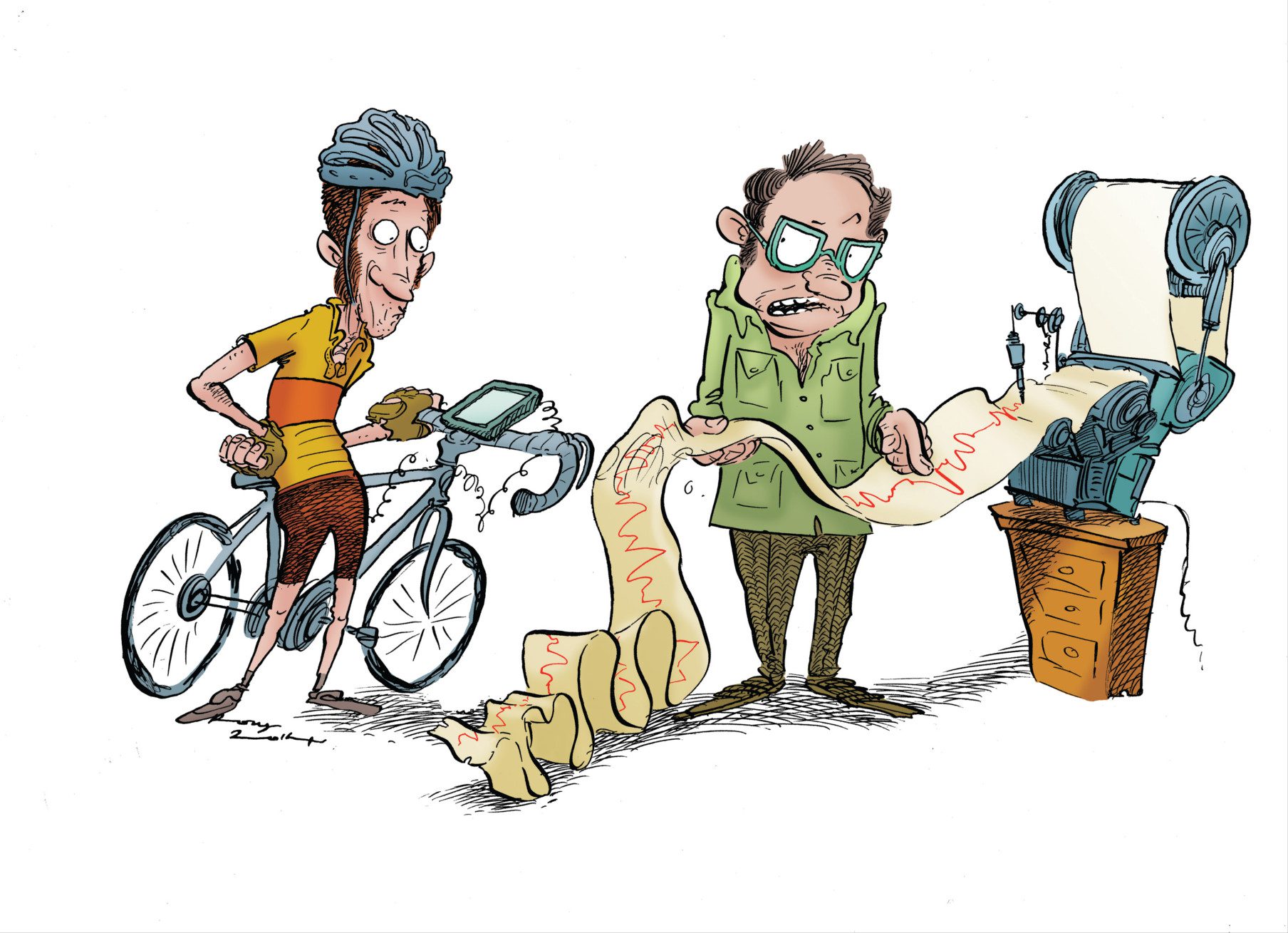 As your voice from the gruppetto, I find myself with ample time amid wheel sucking, sprint losing and the general misery that hits at kilometre 65 of a race to ponder my next column. While other magazines do profiles on star riders, I have chosen to take a different tact. Because my mandate is to take you inside the gruppetto, I will profile the riders who I have seen mixing it up this season.

Keep in mind these are not actual riders, but rather composite profiles of racers who line up at many start lines across the country. If you are at the same races as me, you’ve undoubtedly encountered them in your efforts to upgrade to Cat 3.

The sandbagger is a racer loathed universally. He shows up for the first race of the season in a category lower than the one he raced in the year before. Having spent the previous six months improving his 5-minute power and fasting to improve his power-to-weight ratio, he attacks on the hill with two laps to go, cackling as he rides to a solo win on a course he reconnoitred during the winter. Following this victory, he is not expected to be seen again for the rest of the year as he has peaked and must recover for 12 months.

This rider is consumed by his metrics. Watts per kilo, functional-threshold power, 60-minute normalized power ceiling – he practically carries a spreadsheet onto his bike. The result is that the pursuit of numbers overrides racing goals. You will recognize this rider when he refuses to chase down the breakaway because his “wattage would not allow him to compete for the sprint.” He also declines to enter races if they fall on recovery days.

The shout of “right turn” accompanied by a flailing arm pointing in that general direction would be helpful, if this rider hadn’t done so already on the previous six laps of the course. The over-communicator feels compelled to point out every pothole, every turn and every blindingly obvious piece of information that you might want to know. “We turned so the wind has shifted!” Thank you.

Some of us go to win races. Others go to suffer. The tactically flawed masochist will show himself when a breakaway forms. He moves to the front of the bunch to nobly “bury himself” to pull back the break. Valiant though his suffering may be, the TFM fails to notice that his own teammate was well represented in the break. No matter. His suffering complete, he falls off the back and is unable to hear the scorn his teammates attempt to heap upon him as he basks in the glory of his achievements.

You’ve seen him: the guy who shows up to the Cat. 4 race weighing about 50 lb. more than the average rider in the field, wearing a skinsuit and track helmet with a visor. Mashing his pedals furiously, churning his aero wheels in a vain attempt to counteract the long-established laws of power-to-weight ratios, he takes comfort in knowing that his skinsuit and helmet save him 7 seconds over 40 km due to reduced drag.

Bike racing is a humbling sport. I suck at it most of the time, but my pride lies somewhat intact in not being one of the aforementioned riders. Thus, I am secure in my anonymity within the bunch. But if all else fails, later this season, I just may pick up a time trial helmet with visor on Kijiji.