Canadian national cyclocross champion Maghalie Rochette races for the Clif Pro Team and they normally ride team sponsor Orbea’s for mountain bike races. However, Orbea currently does not make a cross bikes, so the team takes to the cross course aboard disguised Ibis Hakkalügi Disc. Rather than pretend the bikes are Orbea by covering up the Ibis logos with Orbea branding, the team (with Orbea’s blessing) went ahead and branded it CX Fever, Rochette’s youth development initiative. 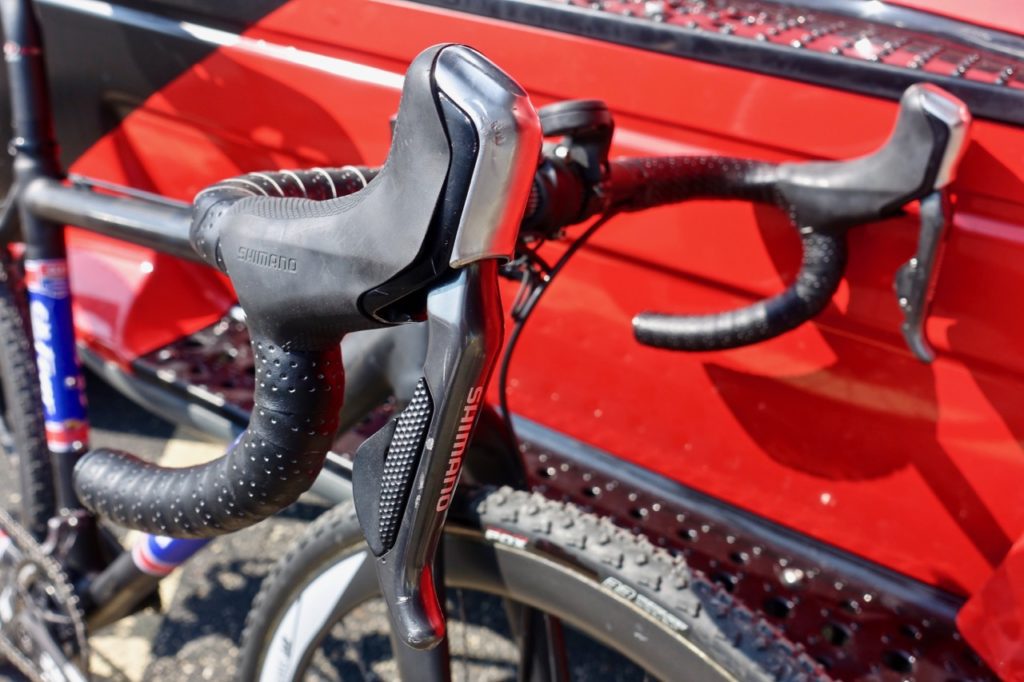 Whether due to availability issues or the preference for taller knobs for cross, a lot of pros are running the non-series R785 hydro shifters.

Rochette runs a mid cage Ultegra 6870 derailleur for the ability to run a wider range when necessary. 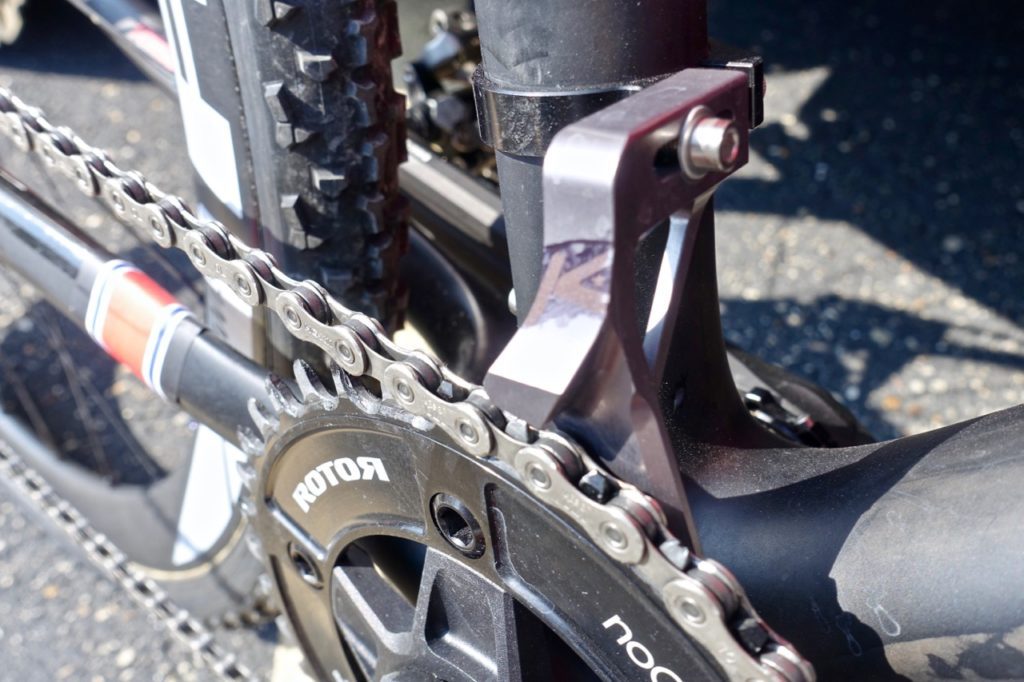 A stout K-Edge chain guide guards against any chain drop. 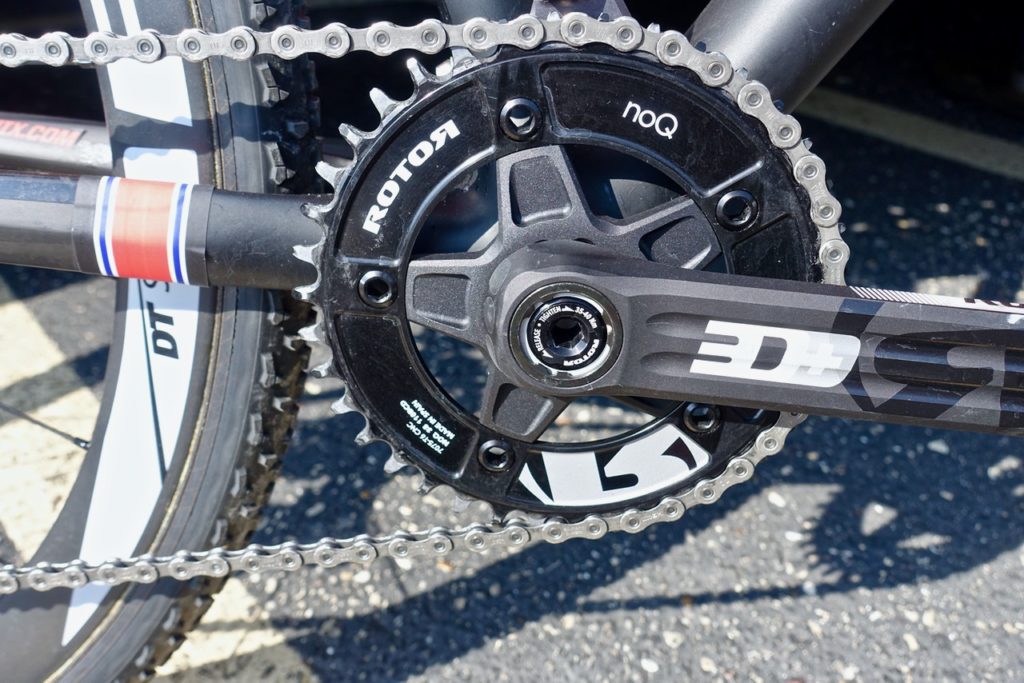 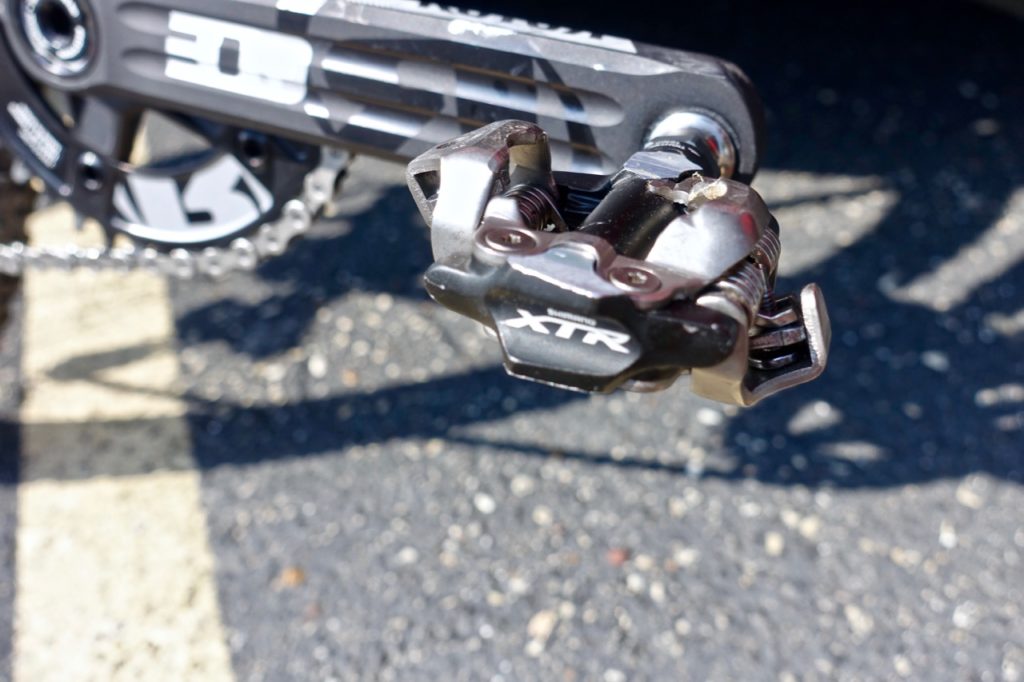 Shimano's XT and XTR pedals are a popular choice in the pro field. 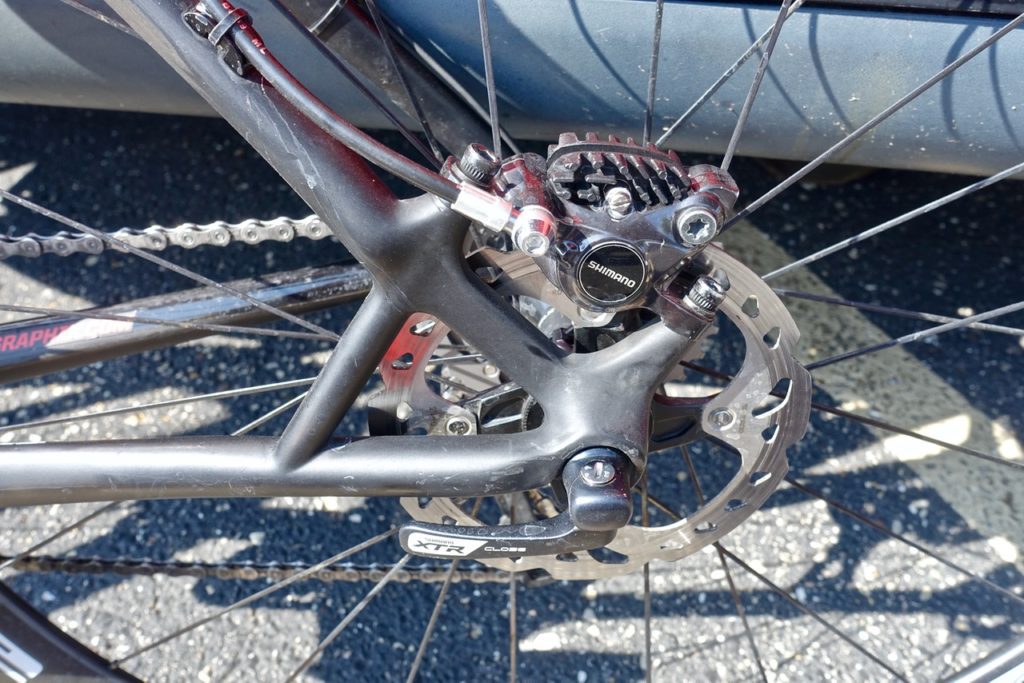 140 mm rotors front and rear takes care of stopping duty. The Ibis still features post mount and has an interesting gusset in the rear triangle. 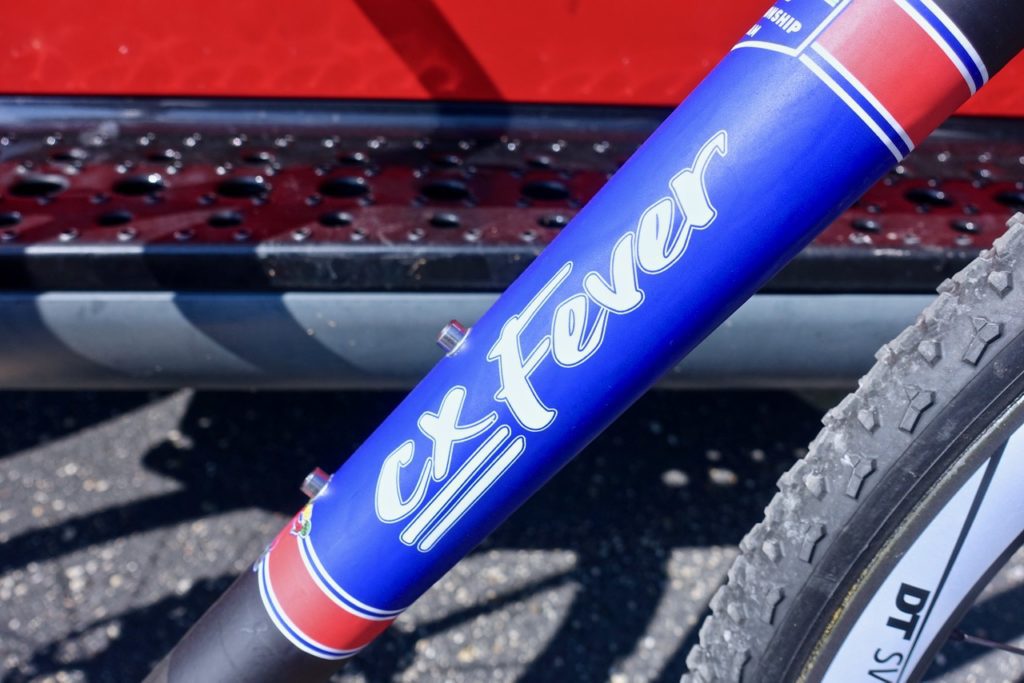 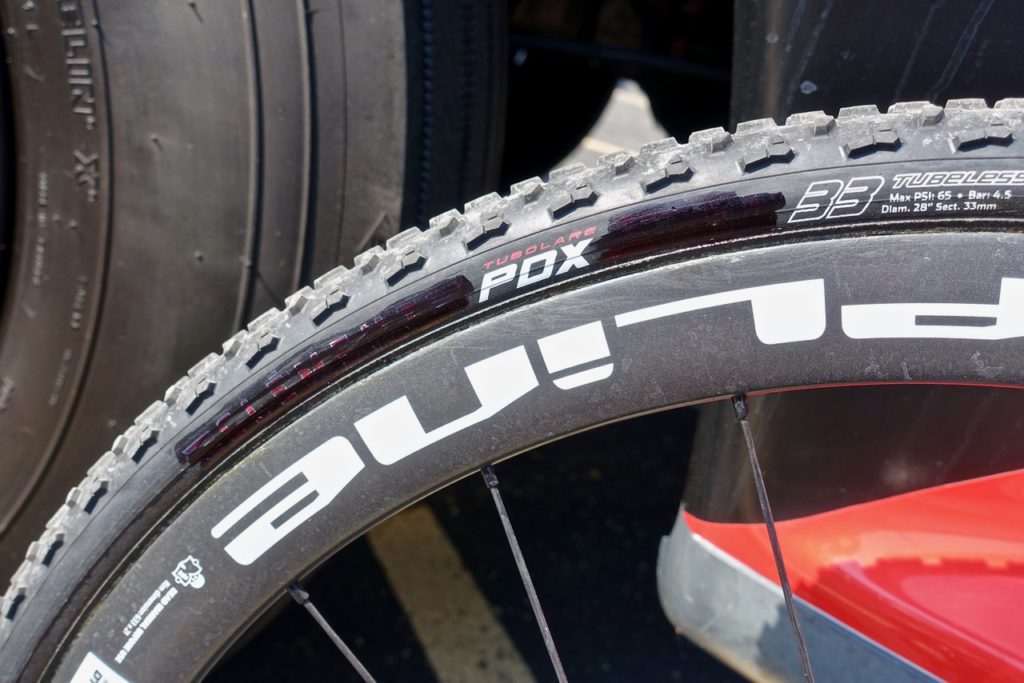 Black out logos, but this time because the sponsor changed names. 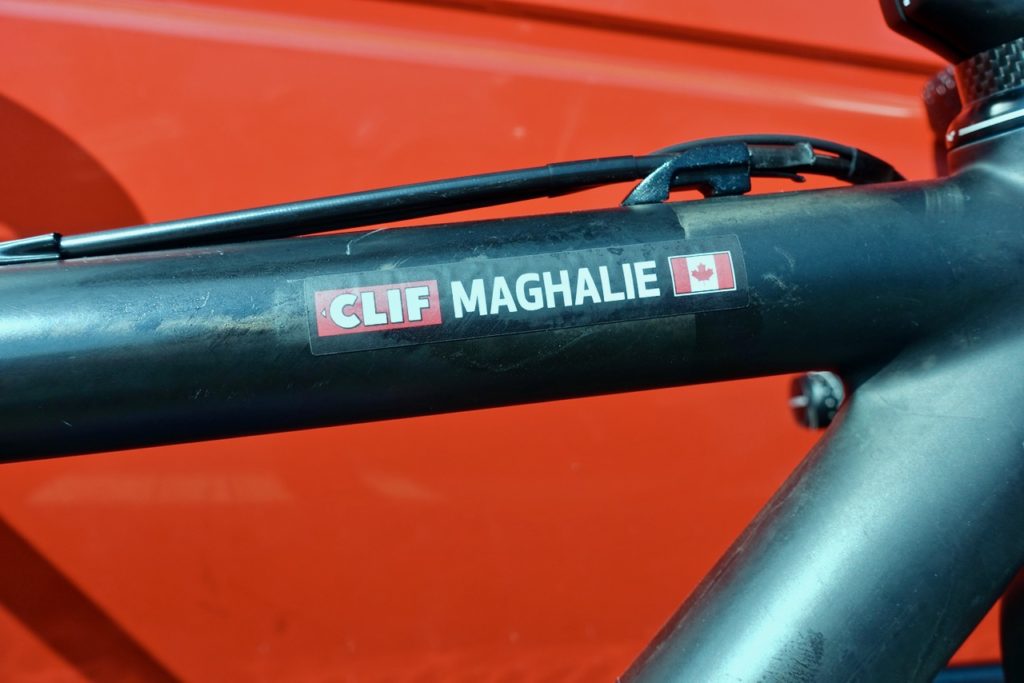 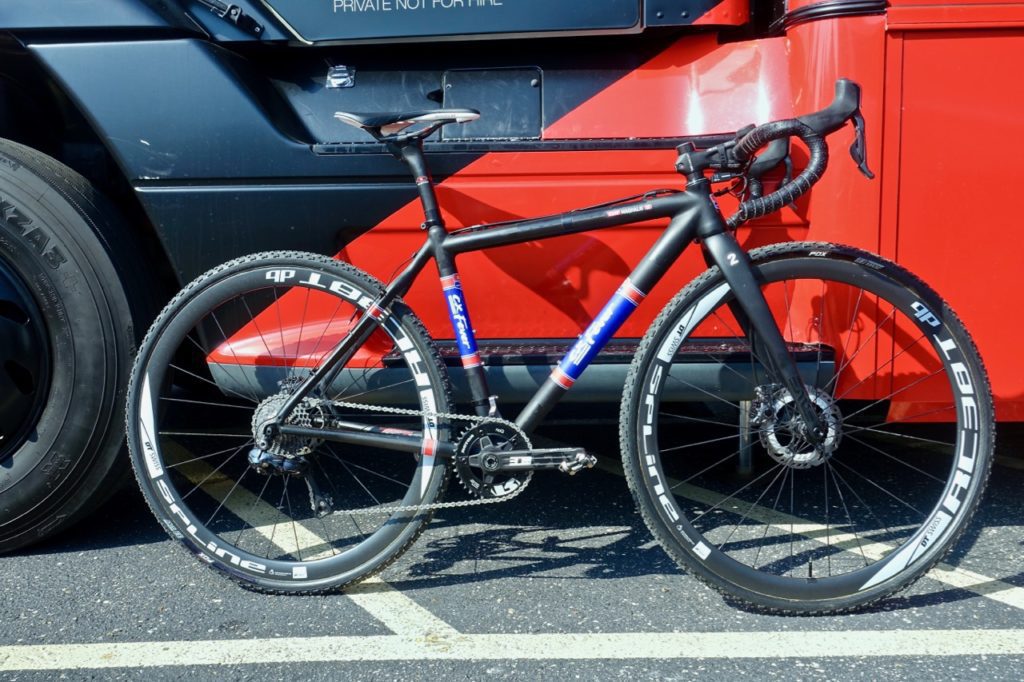 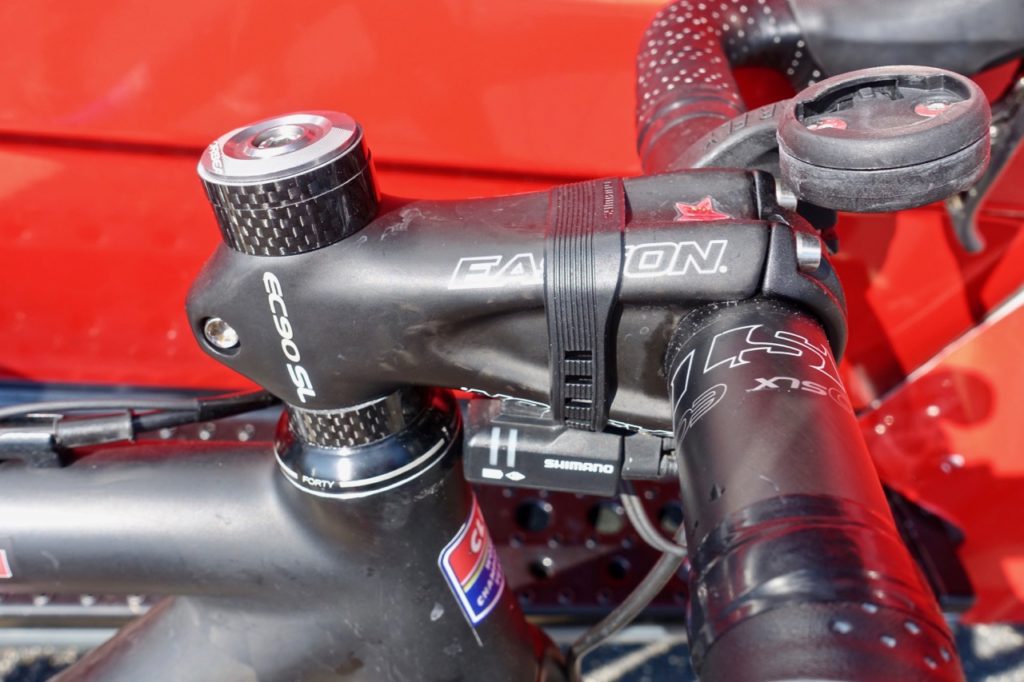 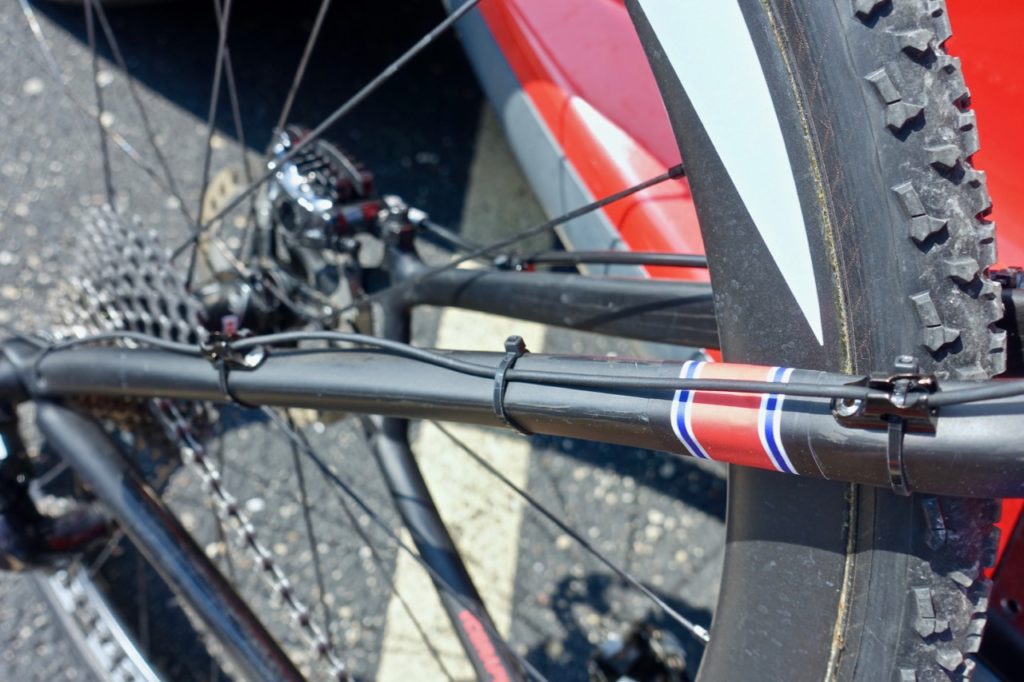 The Ibis Hakkalügi is not drilled for Di2, so a few extra zip ties are needed to keep things tidy.

Rochette runs a power meter, not often seen on the cross course. In this case the Rotor IN power. 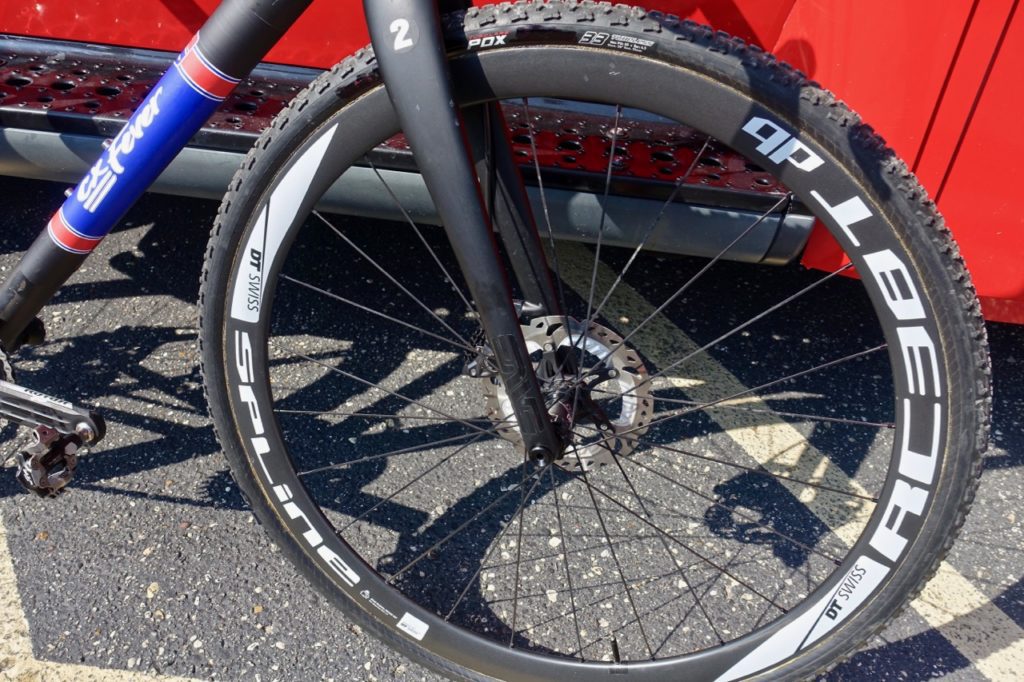 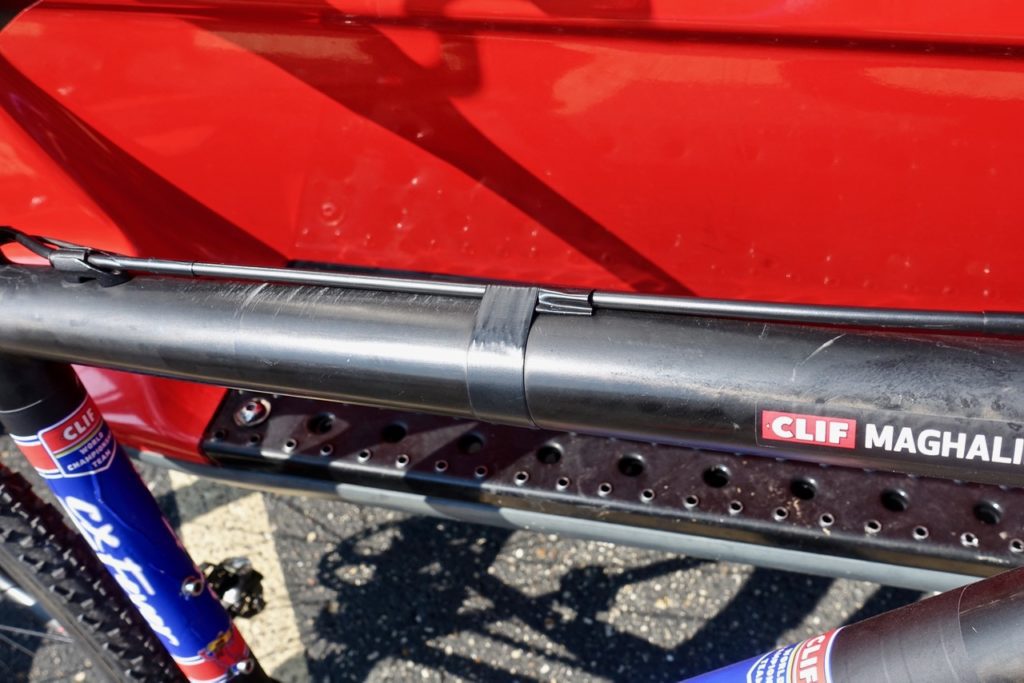 Sometimes a mechanic has to resort to duct tape. 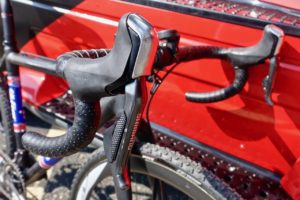 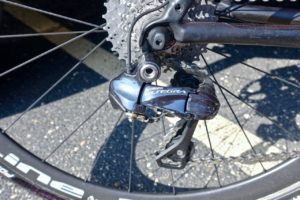 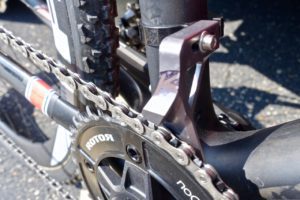 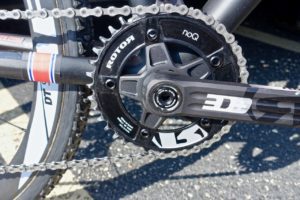 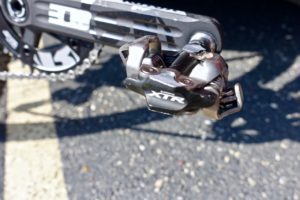 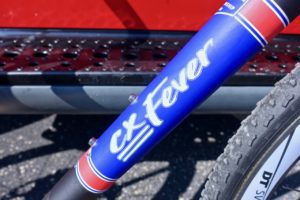 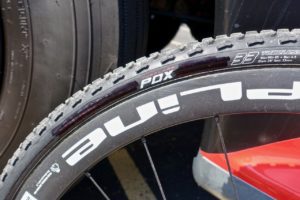 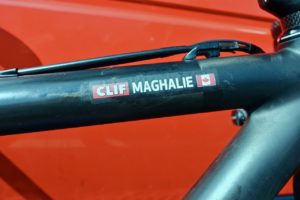 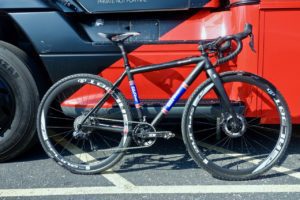 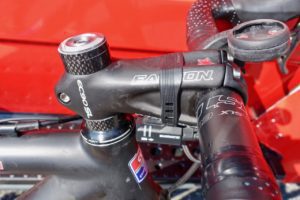 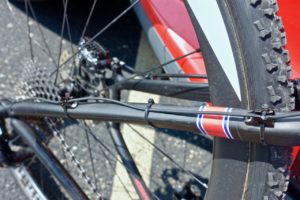 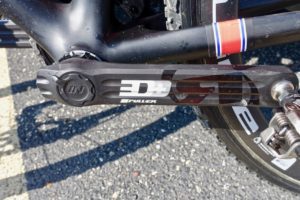 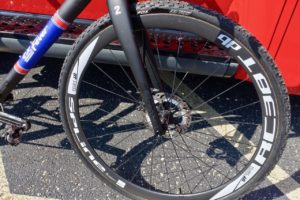 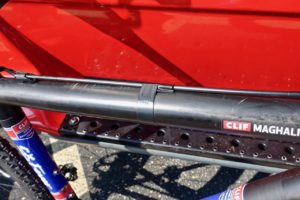 Rochette runs a mixed groupset for her drivetrain, combining Ultegra, XTR, R785 shifters with a Rotor 1x set up, but it all seems to work quite well together. The non- series R785 hydro shifters seems to be very popular with the North American pros running Di2, while most of the Euros seem to be running the latest Dura Ace 9170 set up. We are not quite sure whether that is due to availability issues of the Dura Ace hoods or the preference for taller knobs on the hood for cross. For this race at least, Rochette is running a single 38t Rotor ring up front, paired to a 11-30 cassette out back. The frame is not the only thing on Rochette’s bike that has been rebadged, the tires logos have been blacked out as well. Only this time, its not because they are using non sponsor correct equipment. Those are Clement logos underneath the marks, their well known PDX line, however Clement had recently switch to be called Donnelly Sport, rendering team Luna’s stock instantly outdated as far as branding. Nothing a little black marker won’t fixed though.