Crankworx Summer Series New Zealand kicked off with the return of a classic race format: Super D. Casey Brown brought home silver for the Canadian contingent, racing on trails just minutes from where she spent much of her childhood.

“It was a good day,” said Brown. “I’ve got family here. My mom’s here, my aunt and my sister came and watched today. It’s pretty cool. I never thought in a million years that Crankworx would come to Alexandra.”

“Yesterday was very slippery in practice,” Brown said of how she managed changing conditions. “You had to kind of just remember that the rocks are now grippy and the dirt is now slippery. Kind of backwards from yesterday. It was just kind of observing the trail ahead of you. I didn’t really have much practice yesterday or anything, so you’re still kind of riding on the edge, interpreting the trail as it comes at each stage.”

While Brown benefited from a familiarity with the area, the race was won by a rider that’s travelled in the opposite direction. Louise Ferguson moved from Scotland to the South Island’s mountain bike mecca, Queenstown. Ferguson was the fastest on two of the days three timed sections to take the win in the pro women’s race.

“It feels amazing,” said Ferguson of her podium topping finish. “Really unexpected, but really good. I was just riding my bike and I ended up coming in first. I got a little bit sketchy at the bottom,” the Scottish ex-pat added of her Stage 2 ride, “but it was just really rocky and there were big compressions one after the other and when you got it right it felt so good.”

Vaea Verbeeck, finished eighth in the women’s field. The only other Canadian, Bas van Steenbergen was ninth in the Pro men’s race. 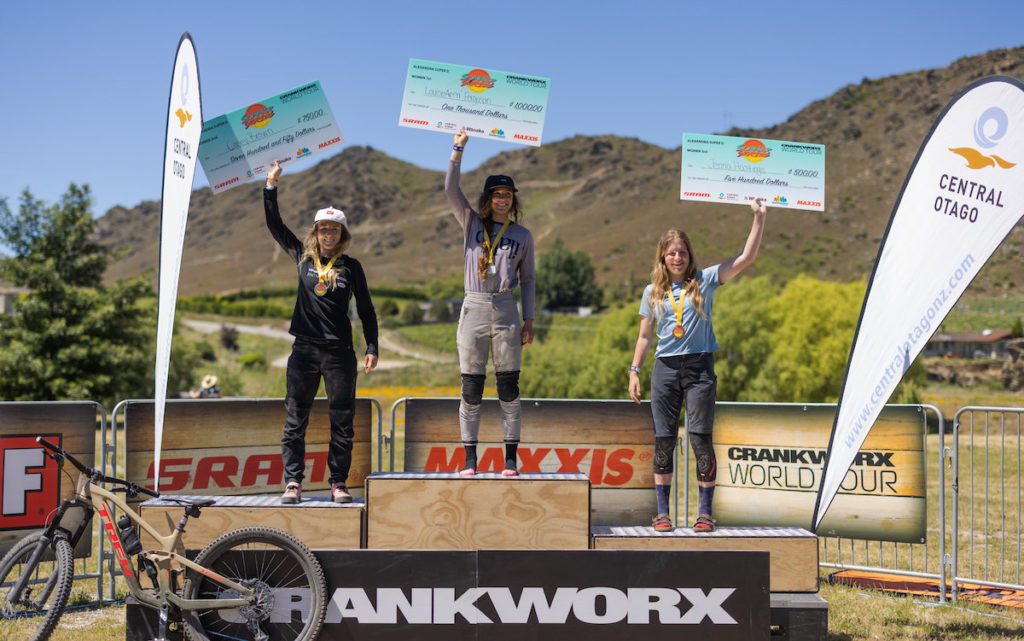 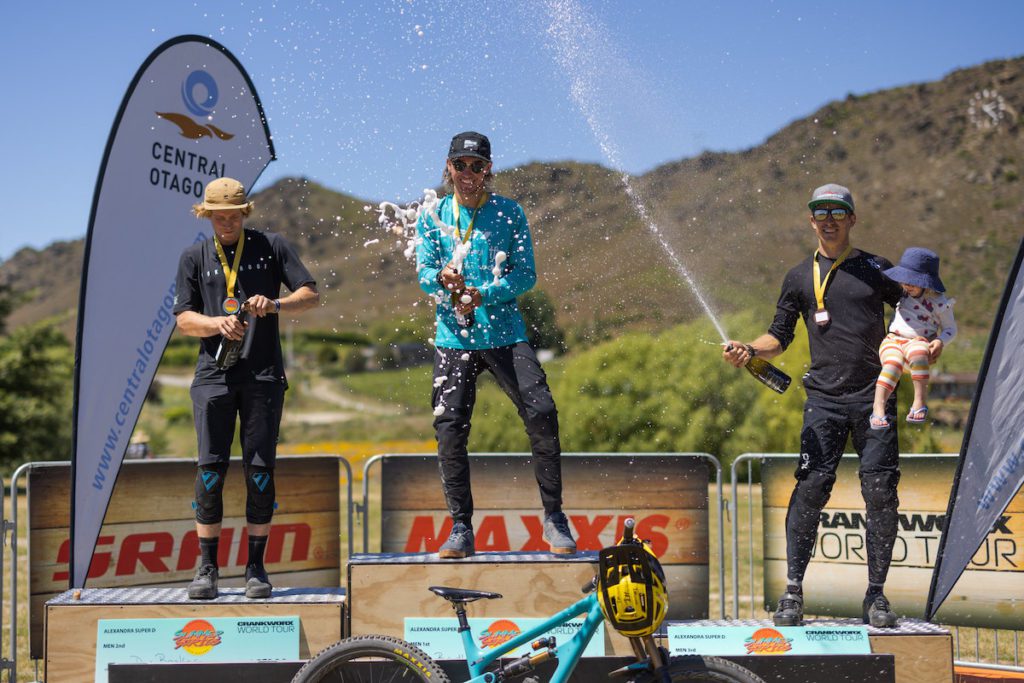 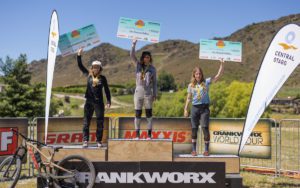 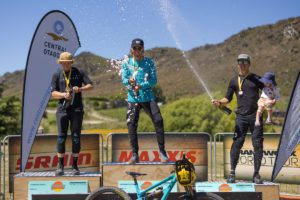 “It’s great,” Harris said of winning on home turf, “it is just the best feeling!”

Like Ferguson, Harris said the second stage was the most challenging. “It was really physical, and you just have to get a good rhythm going. You just had to keep the flow going and try and stay on the track.”

“I’m stoked to get third at the end of the day,” said Blenkinsop. “The trails are amazing. I had fun yesterday in the wet, and then today in the dry it was like two different days of riding. So what we had was amazing weather and amazing people riding, and the trails were amazing. So it was sick here in Alex. I had a good weekend.”