Casey Brown and Finn Iles are the first winners as the Crankworx Summer Series gets started in SilverStar, B.C. this week. Iles showed that speed is speed, crossing over from his downhill roots to take the enduro win. Casey Brown rode through a serious mechanical to claim the women’s win by a narrow margin over Vaea Verbeeck.

Crankworx Summer Series live broadcasts start Thursday, July 29 with the SilverStar Dual Slalom and continues on Friday with the Maxxis SilverStar Downhill. Both events start live at 1:oo PM (PST), with a half-hour pre-show starting at 12:30.

Vernon-local Casey Brown kept her cool as temperatures soared into the mid-30s Celcius to take the first women’s win at Crankworx Summer Series. It wasn’t just the temperatures adding on pressure. A mechanical early in the four-stage enduro saw Brown fighting to stay in the lead. All with reigning Queen of Crankworx Vaea Verbeeck and former downhill world champion Miranda Miller closing in.

“So much drama. I got to the top and only had a few minutes before dropping in…the timing was tight,” said a breathless Brown after charging across the finish line.” I forgot to take my shock out of lock mode, so I dropped in locked in and as soon as I dropped in over those rough rocks I could tell right away. I was like ‘Oh Jesus, this is going to be a rough one.’ And then halfway down the rocks I heard the ‘sssssss’ and it slowly went down. Luckily I had enough air in it for the first big rock roll. I just tried to hold on and pedal as much as I could and not let the back end fly off the trail. It was sketchy.”

Just 1.6 seconds behind, and claiming two of four stage wins, was Vaea Verbeeck.

“I’m super stoked to be here racing my friends,” said Verbeeck, now living nearby in Coldstream. “We have such a stacked field of athletes. It doesn’t feel any less hard compared to the World Tour, at all, especially since everyone here is a professional in their own discipline.”

With 12 races scheduled over just three weeks, consistency could be key to earning the Crankworx Summer Series overall title, and $10,000 cash prize.

On the men’s side, Finn Iles traded in the chairlift for pedal power, but didn’t slow down at all. The downhill specialist led from stage 1 of the SilverStar enduro, all the way to the podium.

“I had so much fun today,” said Iles. “It was like riding with my friends. Every time I got on track I was just riding fast and flowy. The tracks were really fun and kind of suited by riding style. It was a sick day.”

Iles was clearly stoked to be back racing after a lengthy break.

“I haven’t put a race plate on my bike in, I would say, 10 months now. Since September at World Championships,” added Iles. “As soon as I put it on there and as soon as I dropped in on the first stage I was like ‘Ohh, this is sick. I miss this feeling.’ That exhilaration and that intensity that you don’t really get anywhere else. I had a lot of fun today.”

Joining him on the podium were two young Squamish enduro specialists. Kasper Woolley (second) and Rhys Verner (third) started fast, each taking a stage win on their way to the podium. While both are experienced Enduro World Series riders, they rode past several top-ranked EWS pro’s to take their medals on Day 1 at SilverStar. 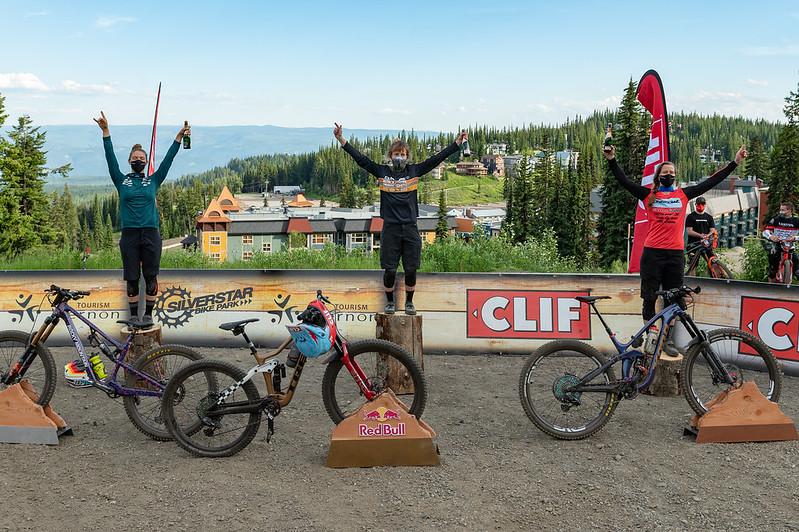 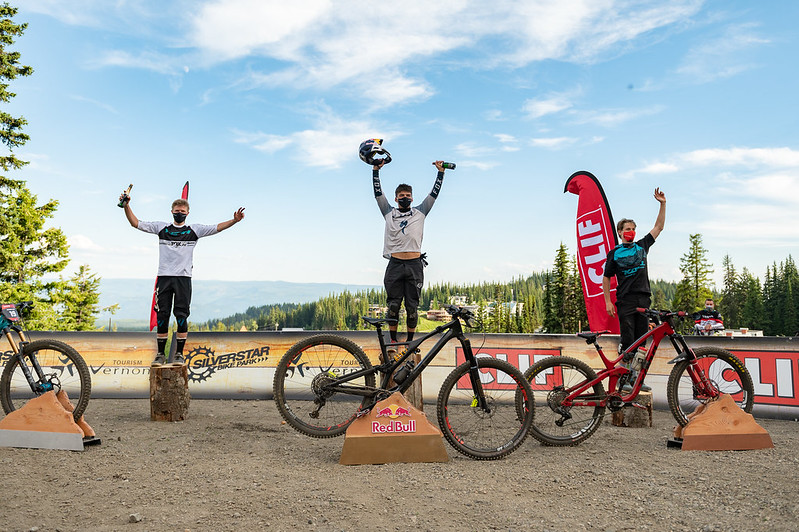 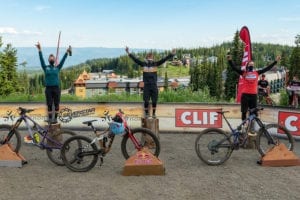 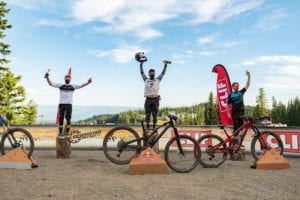