Carbon fibre rims may be all the rage right now, but they’re not always the best option. And they’re never the most affordable one. In the race to produce the latest, greatest carbon rim, aluminum can be left behind. It shouldn’t be, though. As DT Swiss shows with the EX 1700 Spline wheel, metal still makes for a good wheel.

The EX 1700 is DT Swiss’s enduro wheel, but it is more versatile than just a race rim. At a solid weight, and a reasonable price, the updated EX 1700 is worth a good long look for everything from trail riding to the more extreme demands of racing. 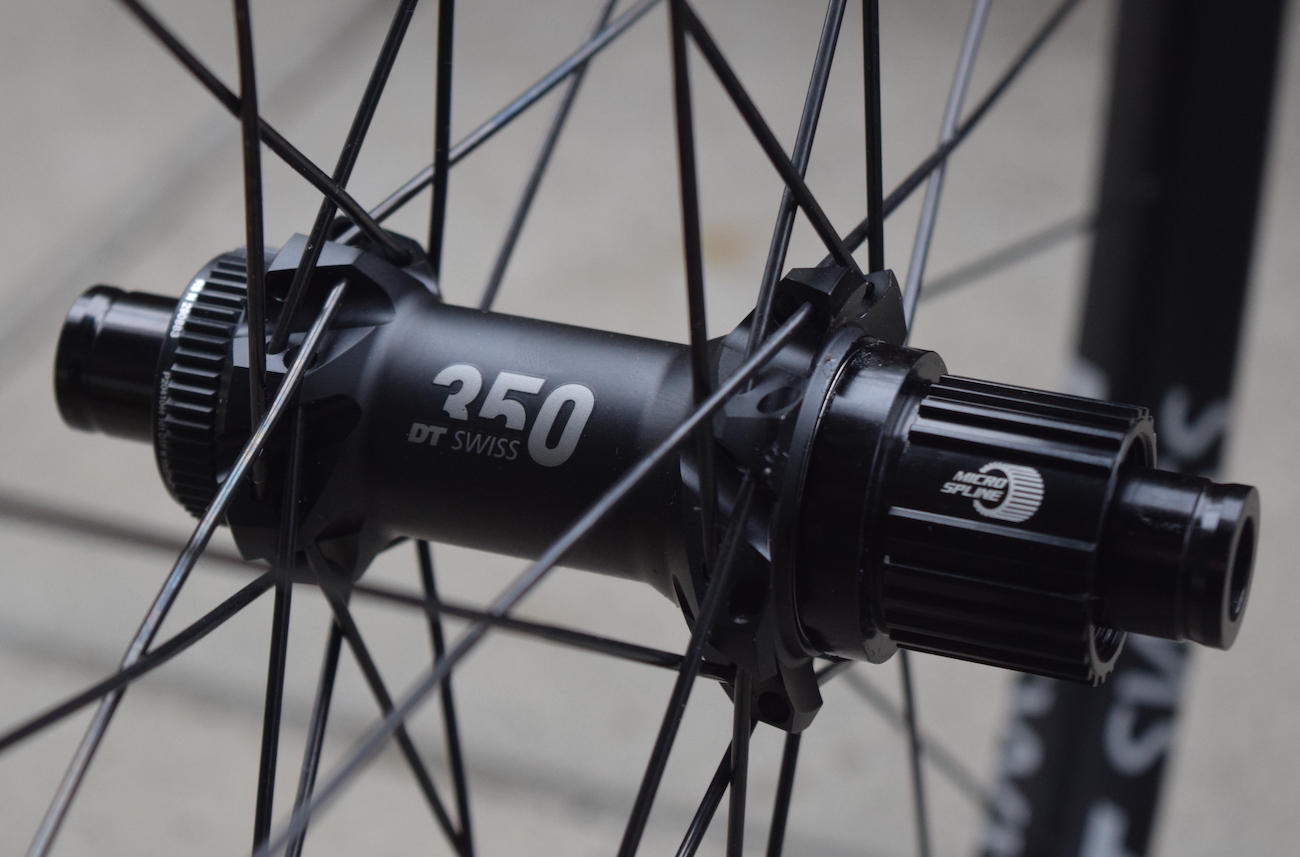 The 1700 series is well established as a solid value wheel, but there are some big changes for 2021. Some of these have to do with the wheel itself, and some to do with its place in DT’s line of wheels. Notably, DT Swiss has moved the 1501 series to carbon fibre rims. That mean’s the 1700 holds court as the top aluminum wheel from the Swiss brand.

As for the wheel itself, DT Swiss moves to welded seams for 2021, which adds strength compared to the previous, sleeved version. The EX 1700’s are also hand assembled by DT, not machine built.

The rims themselves are 30-mm, internal. At that width, they’ll play well with the range of tire widths you’d expect to see on harder riding trail and enduro race bikes. 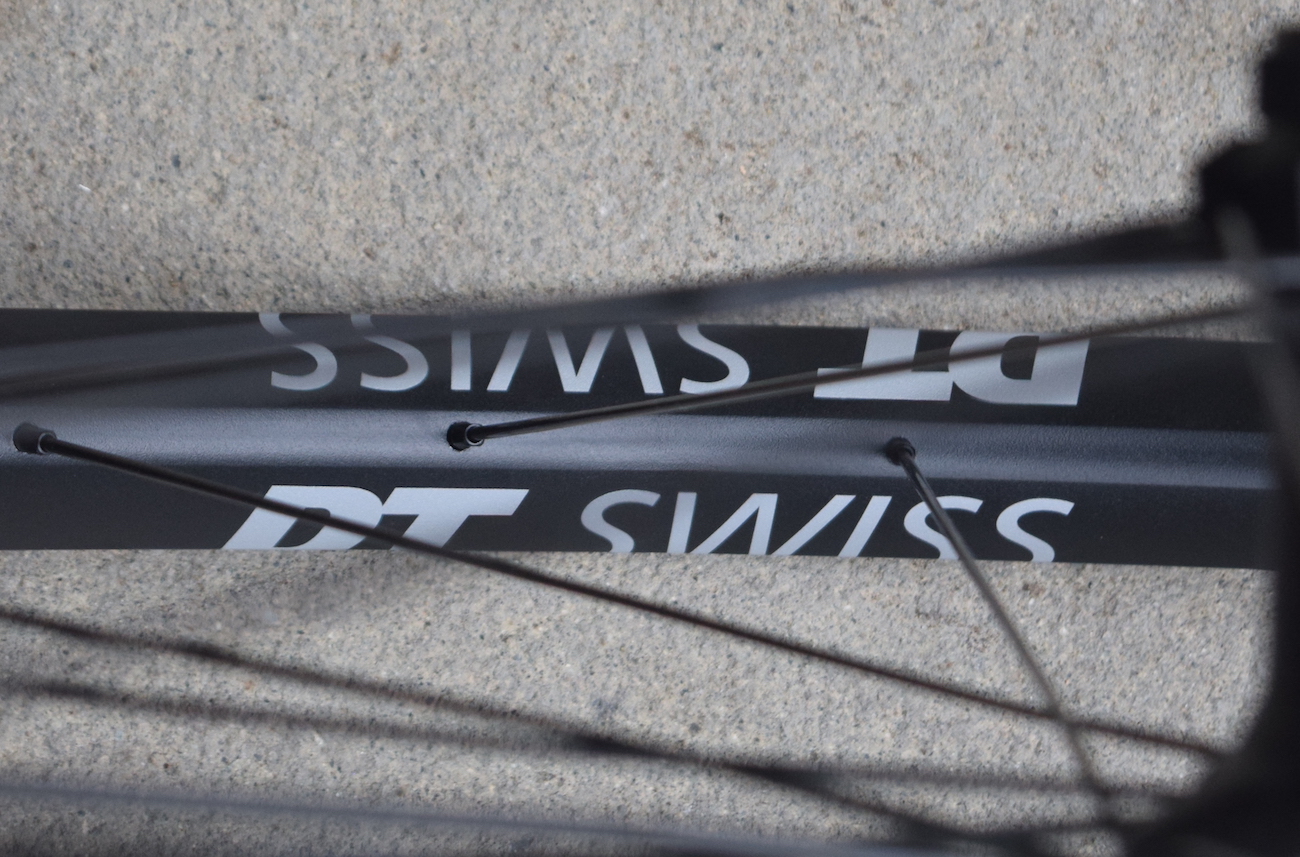 The rims are tubeless ready, come in 27.5″ or 29″ wheel options, and use 6-bolt or Shimano’s centerlock mounting standard for disc brakes. Freehub options are SRAM XD, Shimano HG or the new Microspline standard. The wheels use Boost axle spacing (110x15mm front, 12x148mm rear) only. There’s a max system weight of 130 kg. 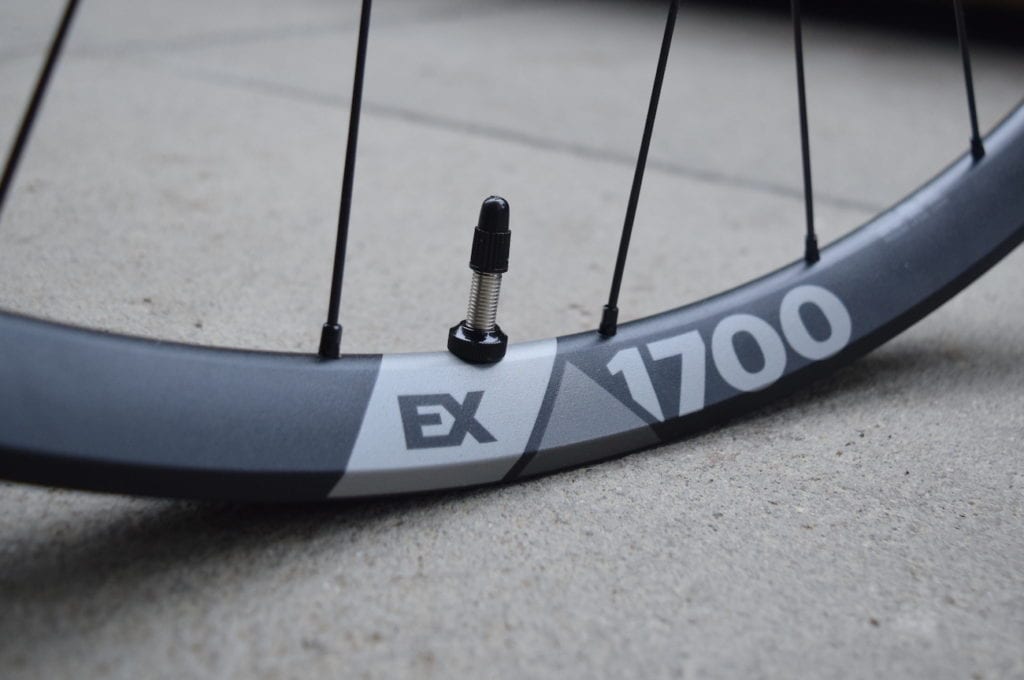 DT uses a wider, lower profile rim for the EX 1700 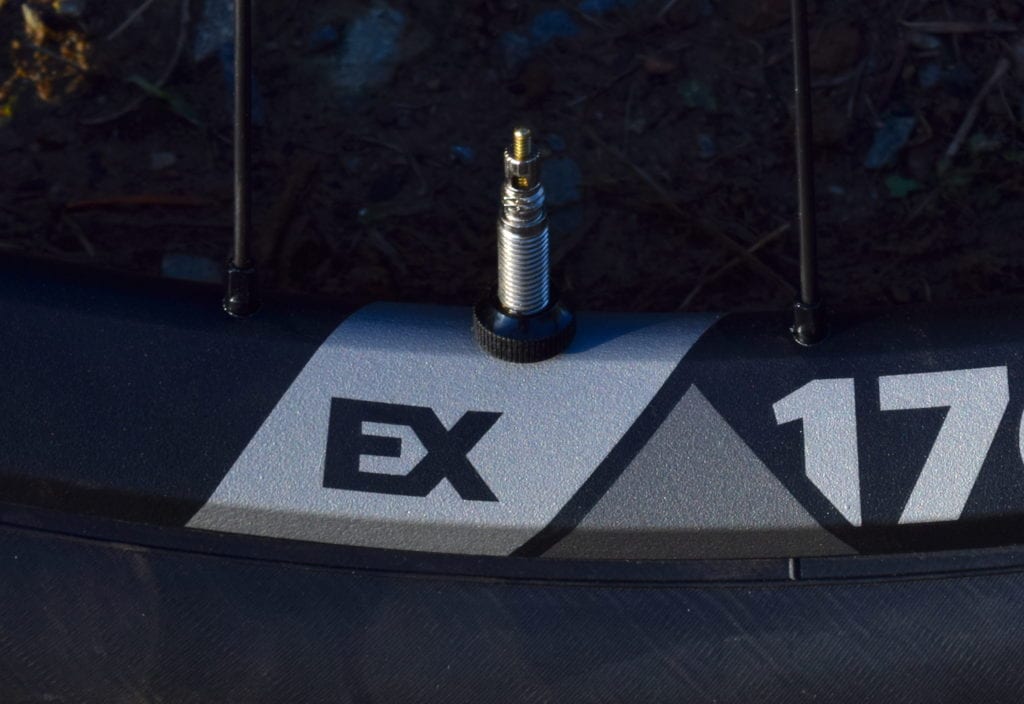 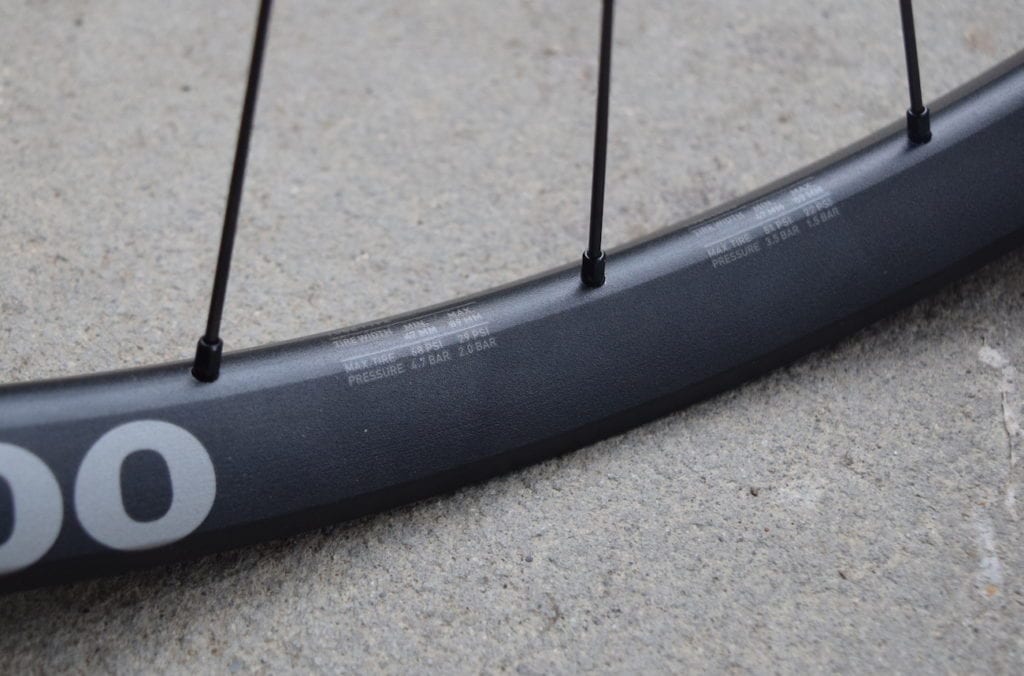 DT even prints the specifications on the rim, in case you don't want to look them up. 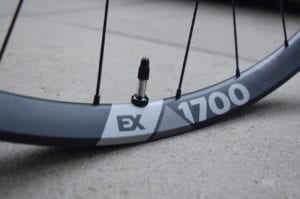 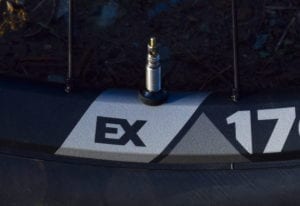 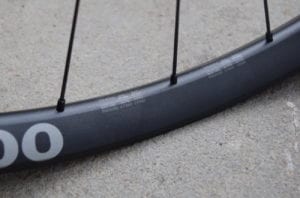 There are plenty of reasons to choose aluminum over carbon fibre, and price is just one. The EX 1700 wheels have a solid feel on trail, transferring power efficiently and holding a line. The lower profile rim does that without any of the harshness of some carbon wheels. At 30-mm wide, the rims are wide enough for meaty enduro tires but will still work well with more trail-sized treads.

At 1,878 grams for a enduro race-ready wheel, DT is on the lighter end for this price range. For $1,250, they are at the more expensive end of the range compared to similar wheels from competitors, though DT’s experience and reputation could justify that extra expense.

The EX 511 are tough enough for everyday use, and have resisted denting well, even though some solid rim strikes, while still being light enough to be a good option for a lighter trail bike or a race wheel. Upgrading the 350 hubs to 10-degree engagement is a welcome change for this price range, and will be appreciated by and rider using these as a race wheel.

Appearance wise, DT Swiss uses a clean, understated design. But look closer and the 1700’s have a nice, slightly rough finish instead of a plain, polished surface.

Not every wheel has to be an attention grabbing, flashy carbon fibre hoop or have fancy colours. Sometimes the best wheels are ones that quietly perform up to expectations. And then keep doing so for a long time. DT Swiss’ EX 1700 wheels do just that. There are a few wheels from competitors that are slightly less expensive. But not ones that are this light or this tough.  DT Swiss’ reputation also carries weight, both in rims and for it’s workhorse 350 hub. If you want a race wheel that won’t break the bank, the EX 1700’s are a solid choice. If you want a reliable, reasonably light wheel for everyday riding, these wheels will do that too.