The following 14 Canadians have changed how we look at cycling. Some have shown us what we can do in international competitions and have encouraged others to higher athletic achievements. Some work to make us safer on the roads. All, in one way or another, have simply encouraged us to do what we love best: ride our bikes. 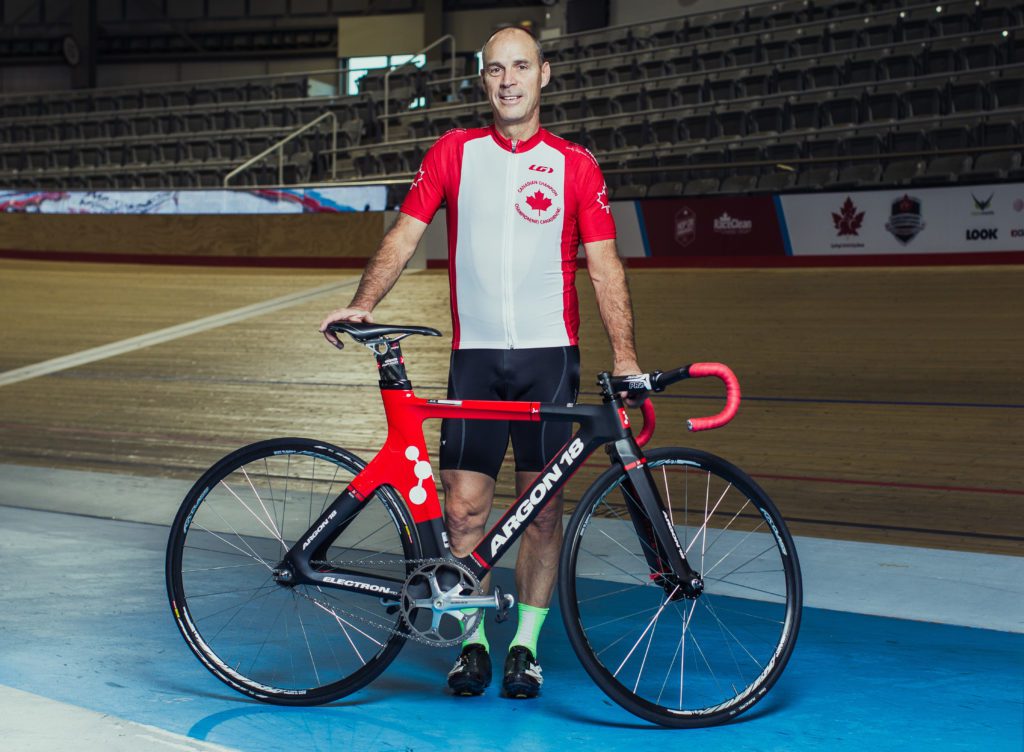 Steve Bauer has so many standout accomplishments, it’s hard to know where to begin: silver medal in the 1984 Olympic road race, 11 Tour de France appearances, 14 yellow jerseys and a fourth-place overall in the ’88 Tour. In 2007, he and Josée Larocque started Cycle Sport Management Inc., out of which grew the Canadian pro continental team known as SpiderTech. He had designs on bringing the team to WorldTour status and the Tour. That project came to an end in 2012. Today, he’s the head coach at the Mattamy National Cycling Centre in Milton, Ont. That job not only has him working on myriad logistical duties at the facility, but also working to develop Canada’s future cycling stars. At the induction of the inaugural class into the Canadian Cycling Hall of Fame this past fall, most of Bauer’s fellow inductees – including Lori-Ann Muenzer and Alison Sydor – cited him as an influence. A hall of famer’s hall of famer.

During a year in which cities from Vancouver to Calgary made inroads into urban cycling, it was Montreal Mayor Denis Coderre who proved to be the country’s most bike-friendly mayor. He continues to extend Montreal’s lead in building bike lanes. The city is considering a raft of legal changes to make cycling easier, including allowing rolling stops. Coderre injected public money to save the Bixi bike-share system. And perhaps most important, Coderre rides. After making a public commitment to get in shape, he completed the 50 km Tour de l’Île alongside 25,000 other cyclists.

Peter Sagan, Philippe Gilbert, Rigoberto Urán and Simon Gerrans have all raced in Quebec City and Montreal because of Serge Arsenault. The race organizer and media company owner created the Grand Prix Cycliste de Québec and Montréal, two WorldTour races that launched in 2010. Since then, the world’s top road cyclists have competed on the streets of Quebec’s two largest cities. Arsenault has also pushed for reforms to the UCI’s road calendar. He’s supported a shorter season with the hope that it would improve the “product.” He’s also been exploring the idea of creating a one-day WorldTour race in the U.S. If anyone can do it, it’s Arsenault.

On the contribution Digger (a.k.a. Todd Fiander) has made to mountain biking and trail building, Andreas Hestler, from the BC Bike Race and Rocky Mountain Bicycles, has put it best: “Digger is, at heart, a pure North Shore mountain biker who found a passion for trail building early. It really is an art for him. His effect on the Shore is one of permanent longevity and commitment to his craft. Thousands of hours of volunteer time, toil, sweat and minimal recognition and finally, during the past few years, the trail builders have gotten that awareness for their contribution. Digger, who has been there the whole time, seems happier these days now that his craft is appreciated. It won’t really change what he does though. When I see him on the trail, he usually nods and moves on; I assume to another section of trail.”

At 34, Linda Jackson quit her job as an investment banker to pursue cycling. Roughly two years later, in 1995, she won the national championship road race, her first of six national titles. In 2000, Jackson retired from cycling and returned to investment banking. But she didn’t stay away from cycling for too long. In 2004, she started a women’s team that would become Tibco-SVB. Eleven seasons later, it’s the longest running women’s team in North America. “I remember when I was new to cycling, one of the first things I learned was that there was this team called Tibco,” said Alizée Brien, the under-23 national time trial champion who will ride for Tibco for a third year. “For young girls, it’s something you can look up to or aspire to. It’s a women’s team that is strong, solid and capable of being one of the best every year.”

In 1990, Doug Detwiller had an announcement go over the PA at the school in which he taught on B.C.’s Sunshine Coast. It was an invitation to students from Grades 4 to 7 to join the new mountain bike club. As the club grew, he realized that he could use bikes to teach the curriculum. Things grew from there: races for kids and the construction of a bike park. Eventually he started writing things down, including a mountain biking skills curriculum. Sprockids features skills training, but it’s more than that, too. “To me, Sprockids is all about getting young people involved in the healthy lifelong activity of mountain biking,” he said. “But it’s also about giving them the skills, values and strategies to succeed in life.” Detwiller figures more than 100,000 kids have gone through the program or been involved in Sprockids-related activities here in Canada. Add another 100,000 kids if you look outside the country. Two notable “Sprockids” – they took Sprockids Leader Training – are Wade Simmons and Catharine Pendrel.

On the surface, Mark Ernsting’s M1 Project looks a bit like SpiderTech 2.0. He has plans to create a Canadian pro continental or WorldTour team. The project, however, is more than one men’s team. Currently it encompasses only H&R Block Pro Cycling Team, a continental team. Ernsting plans to use the continental outfit to act as a feeder for the higher-level team, when it’s established. The former Team Canada cyclist and current BC Superweek race director also has a men’s and a women’s under-19 amateur team, and a women’s UCI team as his goals.

Each year, Steve Merker is responsible for getting thousands of Canadians riding. He and his group at the Princess Margaret Foundation launched the Ontario Ride to Conquer Cancer in 2008. Merker figures that 80 per cent of riders at an RTCC event are novices. “I have a conversation every week with participants who didn’t own bikes only a few years prior,” he said. “These people are now on Strava, post photos of their new bikes and kits on social media, take cycling trips to Italy, upgrade their bikes every other year and participate in various other charity bike rides and gran fondo-style events.”

In 2010, Canadians had someone from their country not just riding the Tour de France, but riding in the top-10. Ryder Hesjedal was someone to cheer for. He finished in seventh place (and since moved to fifth). In 2012, on the streets of Milan (on a Canadian time trial bike, a Cervélo P5), he fulfilled his Grand Tour potential by winning the Giro d’Italia. The following year, he was back in the mainstream media, but this time for the wrong reasons. News broke that the Victoria native had doped earlier in his career. Since then, his status among cycling fans has been mixed. On the road, he won a stage at the 2014 Vuelta a España. His 2015 Giro didn’t start off well, but his performances in the later mountain stages were riveting. They gave fans hope that there might be more to come.

Before there was Catharine Pendrel, before there was Emily Batty, there was Alison Sydor. In 1996, when mountain biking made its Olympic debut in Atlanta, Sydor won silver. But she was no stranger to the podium having won gold at the world championships in 1994, 1995 and again in 1996. By the time she retired from competition, she had won 11 championship medals. There were also medals at Commonwealth and Pan Am Games and World Cup victories. Today, she’s still involved with cycling, often helping out with Vancouver’s youth development team DEVO. 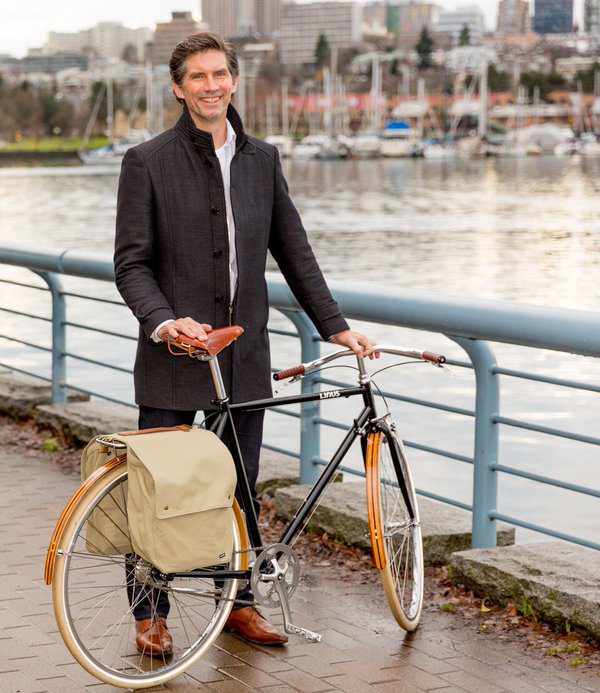 John Tolkamp, the president of Cycling Canada, oversees our sport in this country and represents it abroad. “He has been instrumental in having Canada better placed in cycling at the international level,” said Cycling Canada CEO Greg Mathieu. Tolkamp is a member of the UCI’s Ethics Commission and the Track Commission. On the anti-doping front, he worked to establish the anti-doping consultation in 2014 and the new anti-doping rule violation policy that has strong penalties for cheaters. 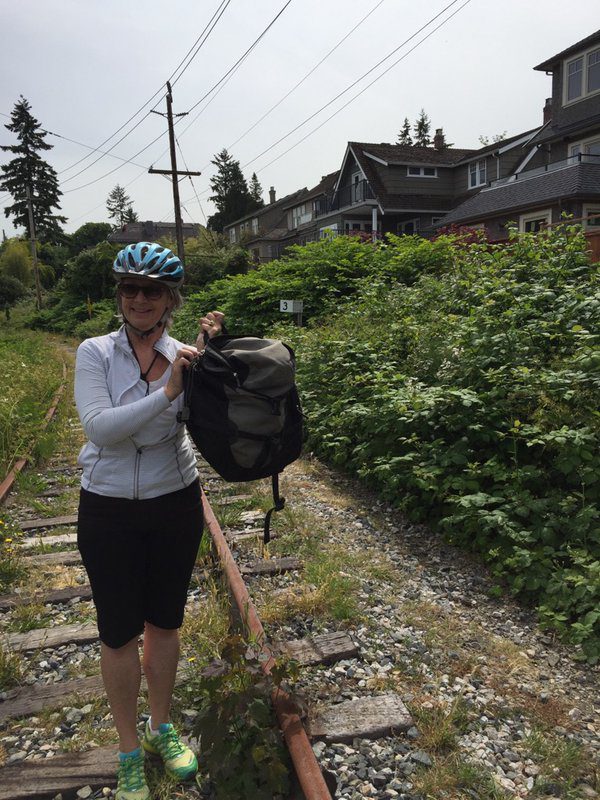 Encouraging people to ride has long fallen to the passionate entreaties of well-meaning advocates. They often lack strong, indisputable homegrown research and data. Dr. Kay Teschke is fixing that. Teschke, the lead researcher at the University of British Columbia’s Cycling in Cities research program, and her team has published influential, and sometimes eye-opening, studies on hospitalization rates, helmet laws, bike-share systems, infrastructure and more. What gives her voice credibility and power is the way she bridges the gap between urban planning and public health, showing that encouraging cycling isn’t just good for getting around our cities, but also for building healthier, happier societies.

Yes, Phil White and Gérard Vroomen are behind Cervélo Cycles, but it’s not the influence of their bikes exactly that get them included in this list. (And yes, Vroomen is Dutch, but he gets a pass for co-founding a Canadian company.) They pioneered a way of looking at bike size and fit that’s ubiquitous today, but didn’t exist 20 years ago: stack and reach. “Phil and I had a very early version of stack and reach right from our first geometry back in 1996, except we didn’t yet know it,” said Vroomen. “In the early 2000s, we started using the horizontal and vertical dimension from the BB to the top of the head tube. We called them ‘hor. dim.’ and ‘vert. dim.’ Very poetic. Before I visited the first ever FIST fitting course run by Dan Empfield, he and I were discussing how best to describe the geometry of a frame. I mentioned the hor. dim. and vert. dim. He also had some similar ideas, and he then combined all that in the names stack and reach (which are of course a lot better).”