Zahava Barwin, 26, is a woman of trans experience. She is a lesbian.

This interview has been edited for clarity. Trigger warning: suicidal thoughts

Canadian Cycling Magazine (CCM): Can you tell me a bit about your history with bikes?

Zahava Barwin (ZB): I have worked in bicycle retail as a salesperson for five years. I very jokingly refer to myself as the goddess of gravel. I was quite active in the Southern Ontario race scene; a special shout-out to Substance Projects. I also finished the Growling Beaver 200km, which was a brutally tough day. I both led and participated in group rides when I was living in Toronto. I recently moved back home to Ottawa because of COVID. I learned how to nordic ski this winter which was a blast. With the SJAM Winter Trail, we have over 20km of classic and skate skiing along the Ottawa river.

CCM: If you’re comfortable, could you talk about how your transition changed your experience in cycling?

ZB:I did not see myself truly reflected in another person until 2018. Her visibility in cycling provided me with a feeling of safety when I needed it most. Through suffering on the bike, I found a safe place to be alone with my thoughts. Research done by The Trevor Project shows that, of transgender adults, 40 per cent have reported making a suicide attempt, 92 per cent of those before the age of 25. Access to gender-affirming healthcare through OHIP truly saved my life. I started to talk more publicly about three years ago. I worked for a bike shop at the time and I received an overwhelming amount of support.

My cycling experience changed when I started hormones. I sometimes feel as if I’ve had to relearn how to ride. Testosterone aids significantly in the body’s recovery; it takes noticeably longer for me to feel rested. My athletic performance (for the same training load) has decreased to be much closer in line with other women. I feel that now I am at a larger disadvantage to cisgender men than I could have as an advantage towards cisgender women. The only athletic benefit I can draw from transition is in mental tenacity. The ability to be very uncomfortable.

I felt completely and unexplainably out of place in gendered cyclocross. I had an anxiety attack at the start of The Silver Goose (in men’s cat 4). I crashed multiple times and did not finish the race.

Participation in sport is to try your best and be your most authentic self. Everyone deserves that opportunity, no matter what. I just want to feel included on a BOW+ ride with my friends. That is what sport is for the majority, we are not professional or competitive athletes.

CCM: What was your experience growing up as an athletic kid?

ZB: I have early memories from kindergarten and grade school. I tell people that I have known I am transgender for as long as you have known you are not. My gender dysphoria was most heightened around thirteen and in my early twenties. When I was in middle school [2007] more than anything I wanted to play girl’s basketball with my close friend. I could not, I did not, play intramural team sports.

I did not want to play on the boy’s team anymore because I was not a boy. I felt the most comfortable when I was by myself, on my bike. I used to exit the school gym and on my left-hand side was the girl’s changing room, on my right was the boys. I would pause for a moment; the door that I was supposed to use was not the same one I was allowed to use. If I had been able to play on the girl’s team without discrimination, I would have felt less fearful to speak my truth at that age. I was a closeted trans kid, I hid myself for my protection. 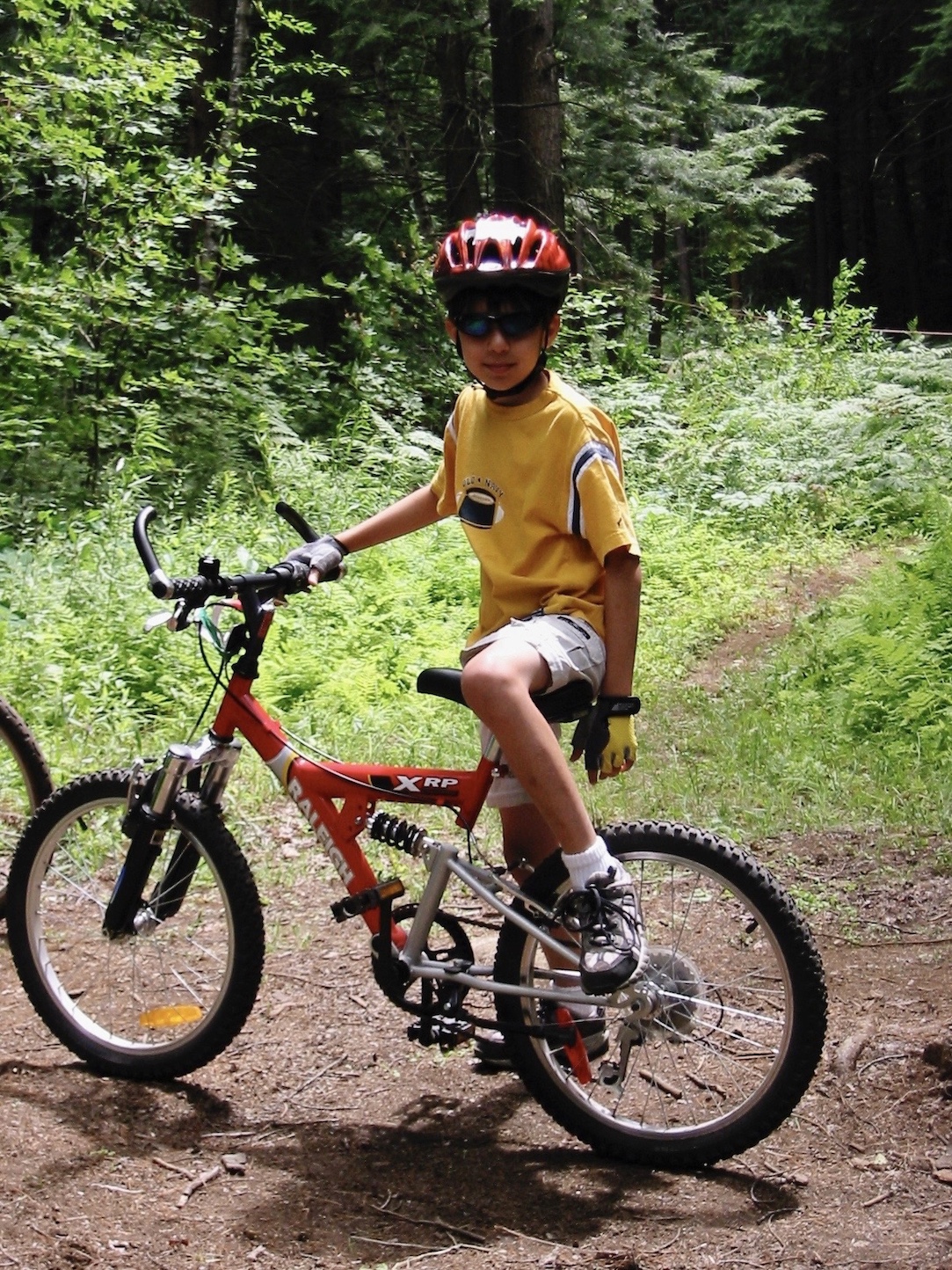 CCM: In cycling, or sport in general, there is an undeniable undercurrent of sexism. How does that tie into transphobia in your experience?

ZB: I have experienced both transphobia and sexism throughout my career. This goes as far back as my high school co-op [2011] at a local ski store. I distinctly remember a trans woman trying to purchase women’s ski boots. I was so embarrassed by how poorly she was treated. I am treated a lot differently if I do or don’t pass [to pass is to be perceived as cisgender.]

Nowadays, few people with whom I interact would know my transness. Now if I get misgendered at the bike shop, it is generally because customers are not expecting a woman to be working in my role or to have my knowledge. There is a noticeable lack of diversity in all departments of bicycle retailers.

ZB: Cycling is not just racing, that is a minuscule subset of the capture. However, it always occupies the entirety of space when talking about LGBTQI+ cyclists. I think a larger reach could be looking at how to make bike shops a safer environment, both for customers and employees. Shopping for clothing, a new bike saddle, or getting a bike fit are all more difficult for transgender, non-binary, and gender-nonconforming folk. There needs to be more than just listening. There should be trans people making decisions related to trans issues in cycling. But if the ‘bike industry’ continues to support trans cyclists without placing us in leadership positions, they will not succeed.

More bikes have been sold through COVID than any year previous. I believe that the best way to sell bikes to those who are outside the traditional cycling market is to have those people physically working in bike shops.

Non-gendered racing matters for mass start events. One can only assume there will be a larger than normal interest in cycling events when they resume after COVID. In the past, the local not men’s field for gravel may be less competitive simply because there are fewer overall participants. Races need to better include transgender, non-binary, and gender-nonconforming cyclists. Grinduro California just committed 50 per cent of their registration spots to FTW [femme, trans, women], as well as an open gender category. These large races draw members of the public looking to challenge themselves. Anyone who can ride a bike should be able to have that opportunity. You can already buy a gender-neutral [X] OCA Citizens Permit. There is no reason why there cannot be gender-neutral racing in Ontario.

CCM: For those LGBTQI+ cyclists who do compete, how can Cycling Canada and the OCA improve?

Cycling Canada plans to form a Diversity, Equity, and Inclusion (DE&I) Committee, as of May 6th, 2021.

To my knowledge, anyone can self-identify their gender for non-elite racing in Canada. The UCI and IOC have an established rule for serum testosterone below 5n/mol for one year prior. This is to be maintained throughout competition. There needs to be a better-communicated framework for athletes to participate. I know how much I would have benefited from it in 2017. I only know now because I am connected with other trans cyclists.

Whether someone feels safe to self-identify is also where the improvement needs to happen. This is even more important for new cyclists. I am very lucky to have other women who race gravel that support me. I am privileged to feel that I can participate without worry.

CCM: There has been a lot of press around transgender athletes in sports in the past few months. You mentioned, when we first discussed this interview, that you were “tired of not being involved in this conversation, as a trans person who works in the industry.” What do you believe is not being said in this conversation?

Recently I saw this comment under an Instagram post from a major bike brand. This person is saying that “when you allow [transgender women] to compete against [cisgender] women, it excludes [cisgender] women from their own class.”

That is the hatred these transphobic voices are participating in. The Inga Thompson Foundation, Save Women’s Sports, Heritage Foundation; are hate groups. Transgender women are women. We are not “biological men”. When a trans woman lines up at the start of a women’s bike race, there are still no men in that bike race. Excluding transgender women and girls from sports is not about fairness, it is not about protection, it is saying that we do not exist. I have medically transitioned, my birth certificate and other legal documents identify me as female. From my pre-HRT baseline, I have reduced my body’s testosterone by over 95%. My estrogen levels are in the normal range for my age. To be referred to as “male” is dehumanizing.

We know that there is a difference between professional female and male athletes. There is an established reason for gendered competition. However, the extent to which gender has an impact varies dramatically by sport. Ultra distance events are being won overall by Lael Wilcox and Courtney Dauwalter. I ask you to please stop and think about how many factors go into performing well on the bike. The literal hundreds of other factors that go into a win on race day. Humour me and imagine an argument that no one from the Netherlands should be allowed to race cyclocross at Fayetteville Worlds because riders from their country have an advantage over Americans.

I think the bigger picture here is that trans women are not dominating in cycling, or any other sport for that matter. There has not been a transgender Olympic athlete, we have had specific participation guidelines since 2003 [In 2016 the IOC updated guidelines to no longer require surgery.]

I promise you that the transphobic rhetoric spewing from American state legislatures will cause more direct harm to our community than our participation in sports. I am a woman in every aspect of my life. I am still a woman of trans experience with or without cycling. You do not have to agree with me. But know that I would never ride or race my bike again if it were in exchange for the joy and calmness from simply living my truth. Our transness is beautiful. 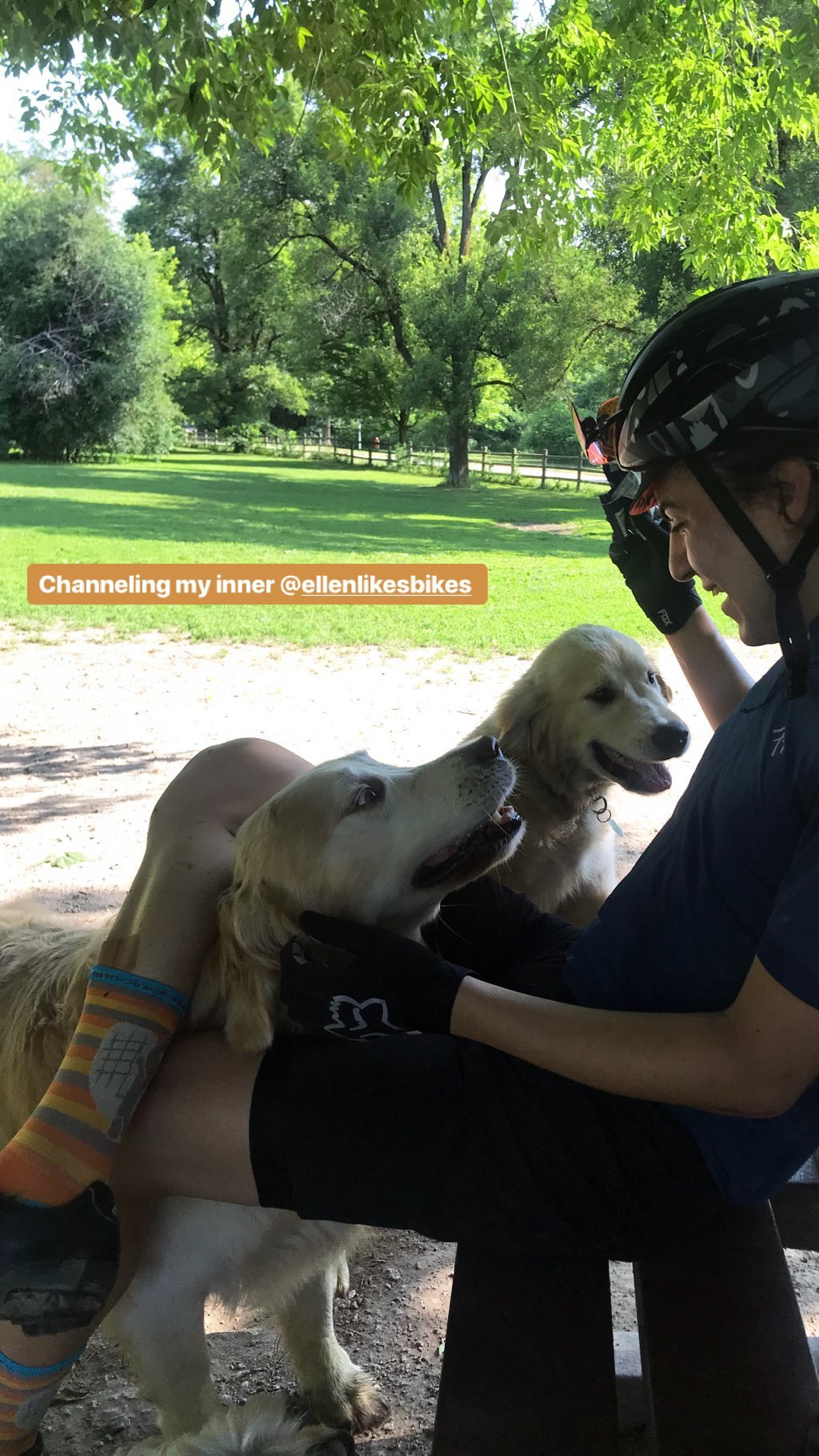