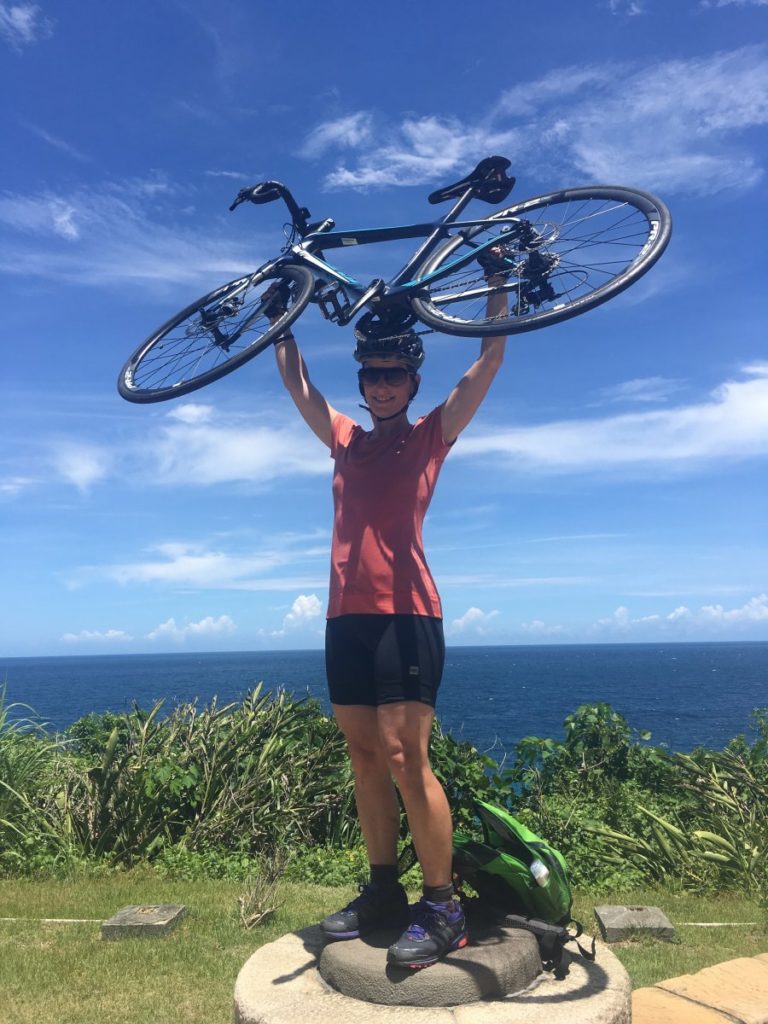 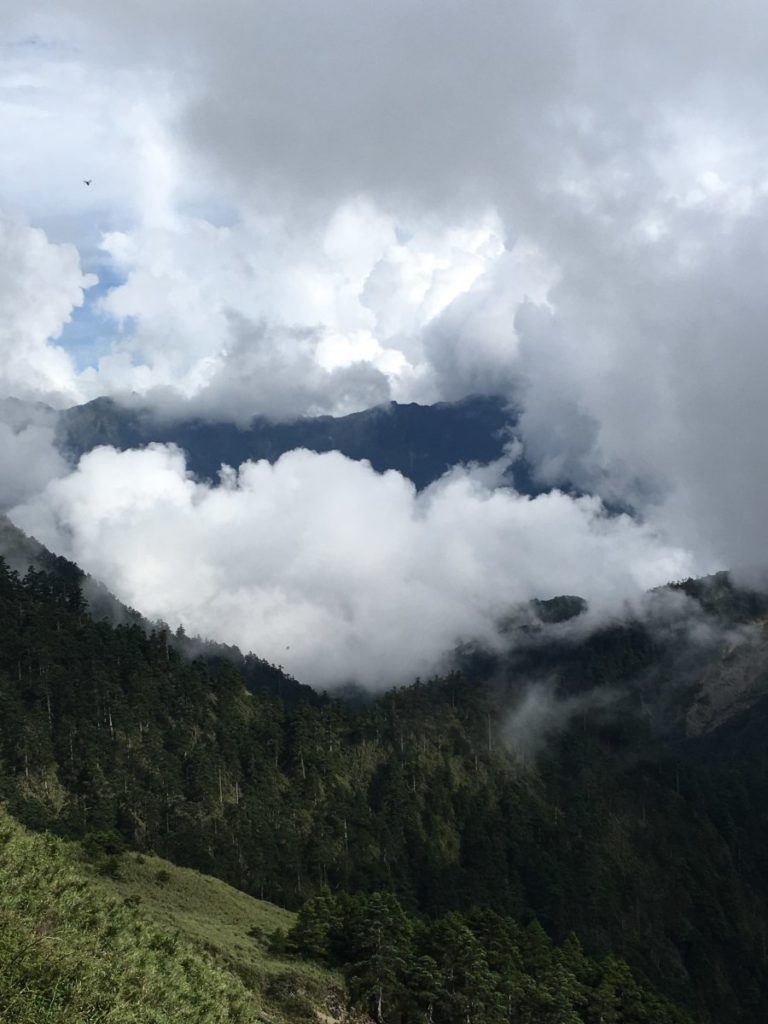 Reaching a peak of 3,275 m, the KOM Race is the highlight of the Taiwan Cycling Festival. 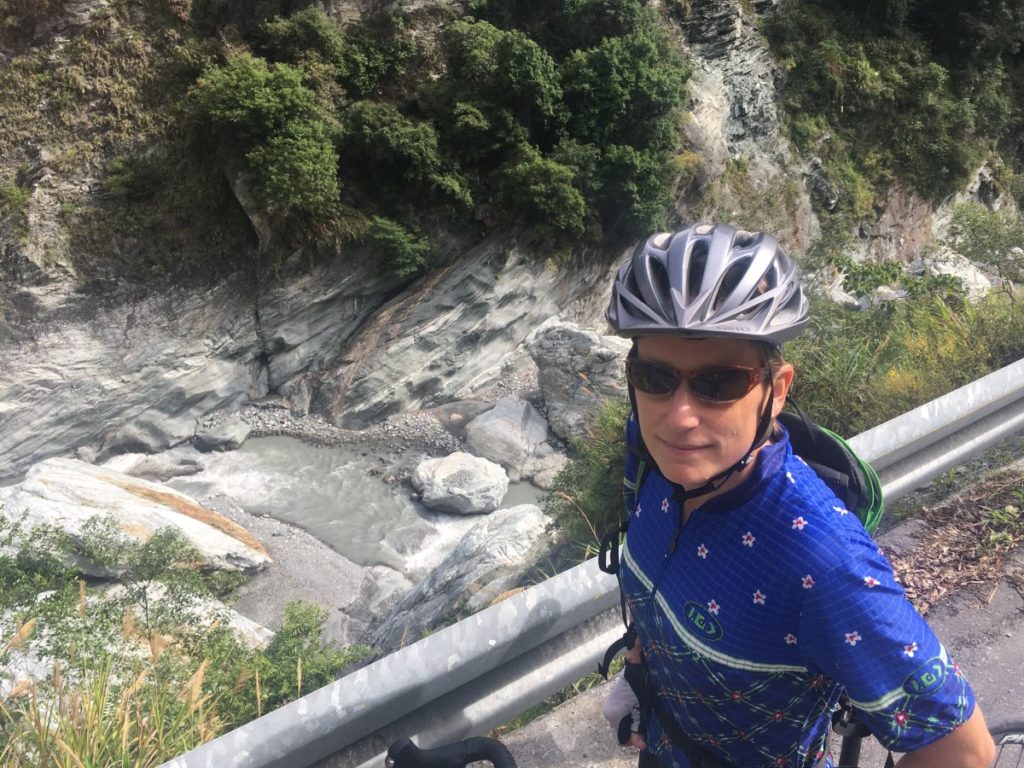 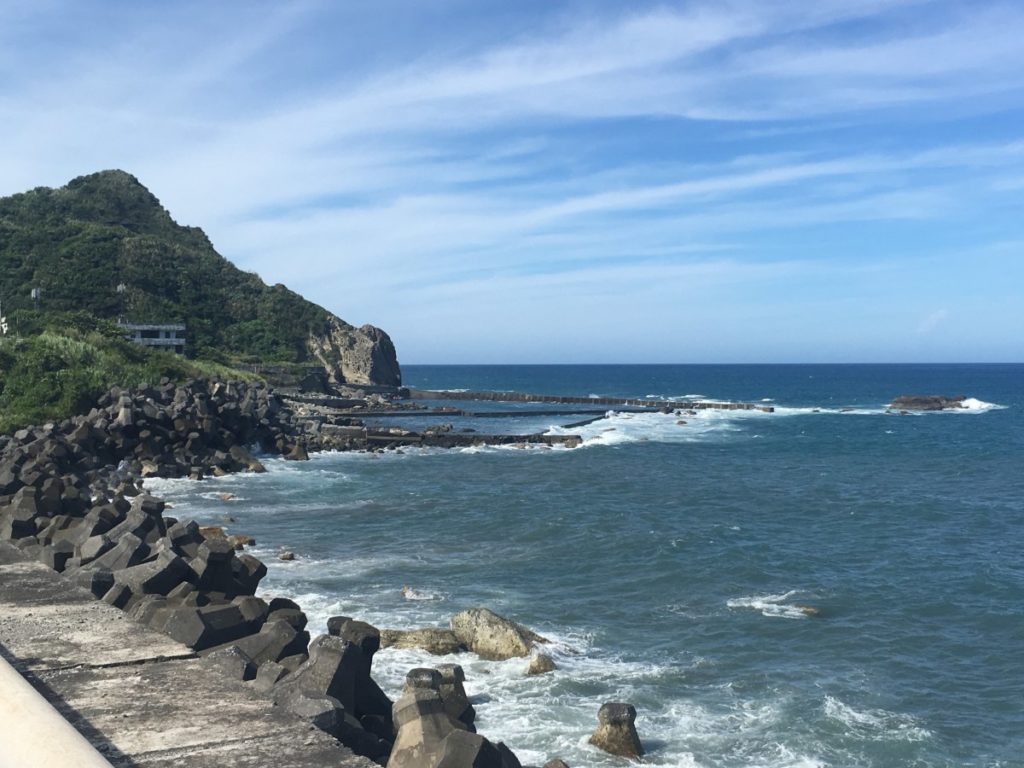 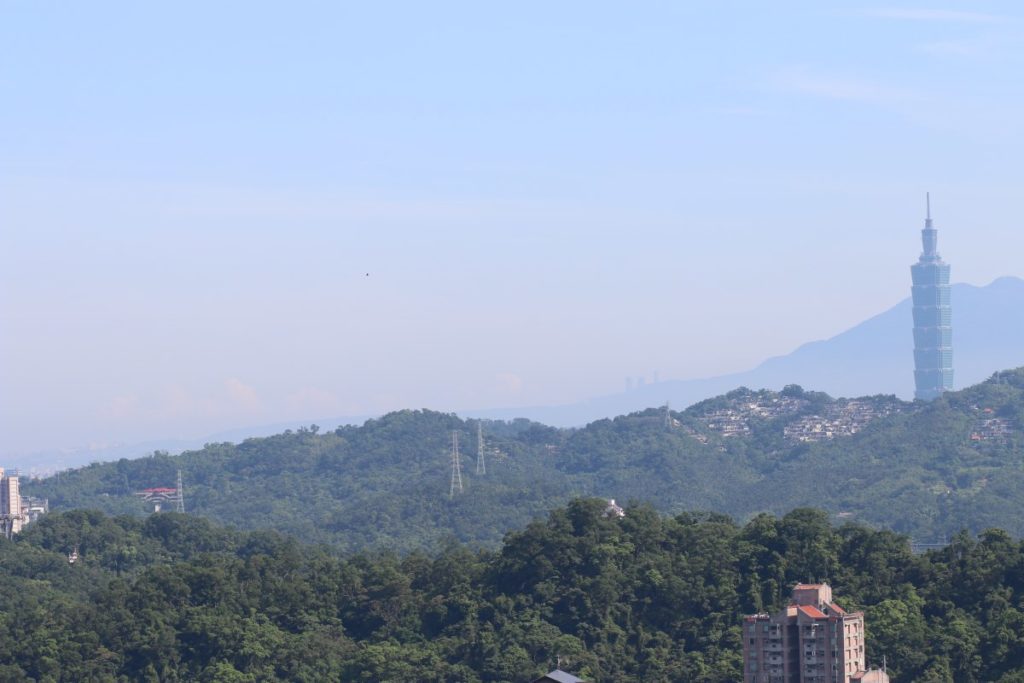 Taipei 101, the ninth-largest building in the world, is visible in the distance. 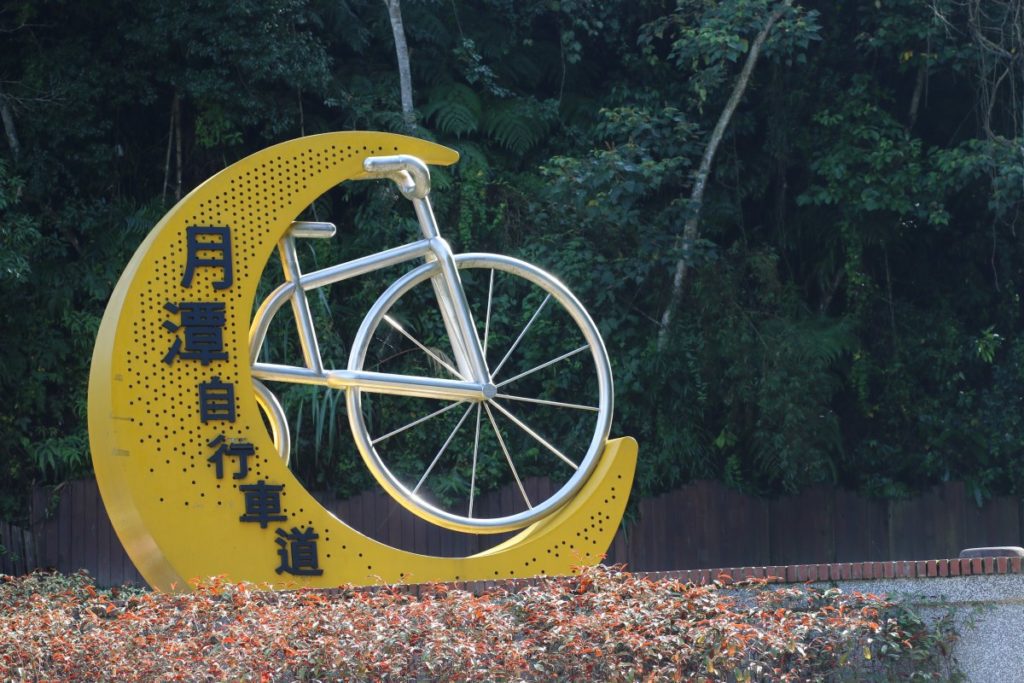 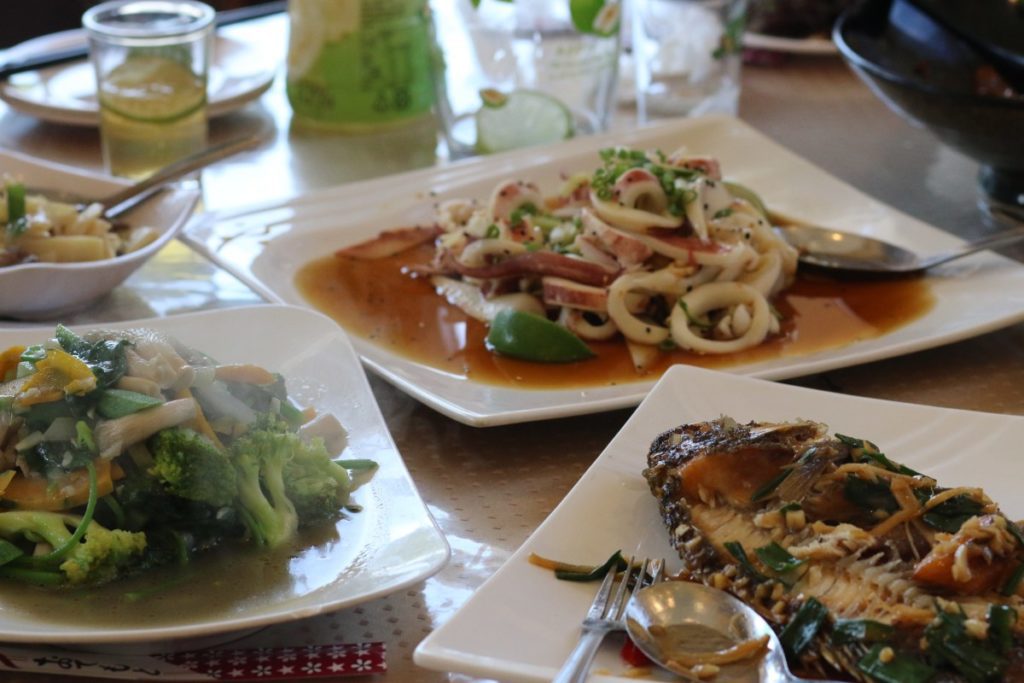 The specialities cooked up by indigenous chef Canglah Chen of Taiwan's Amis tribe, the largest tribe in Taiwan. 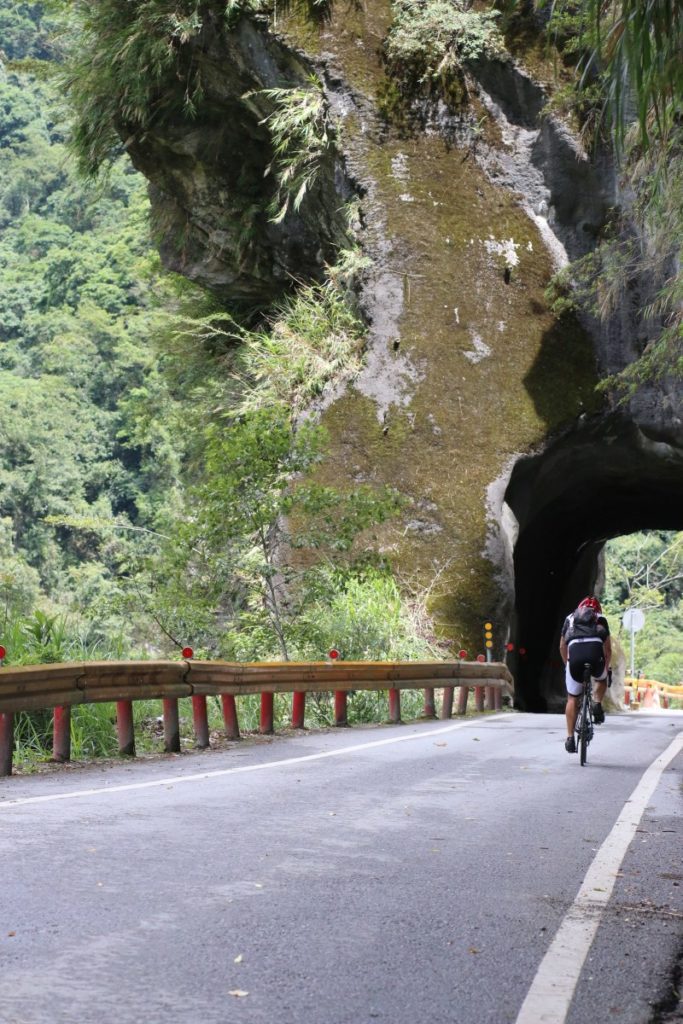 Jacques Sennéchael rides through a section of Taiwan's KOM race. The KOM route passes through several rock tunnels and by chasms. 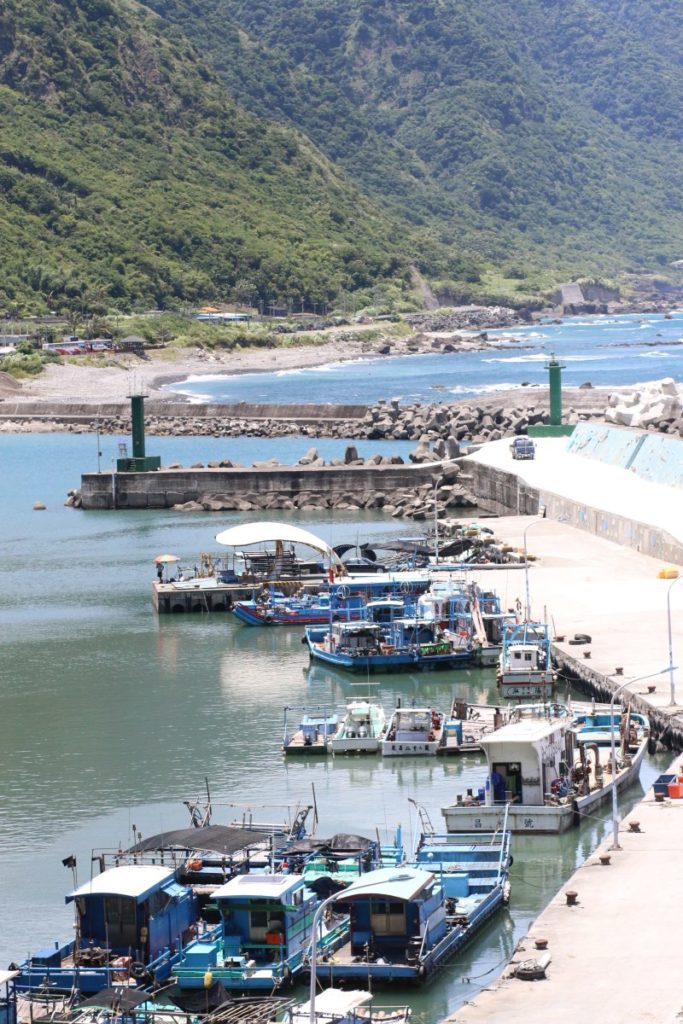 A fishing village on the east coast of Taiwan. 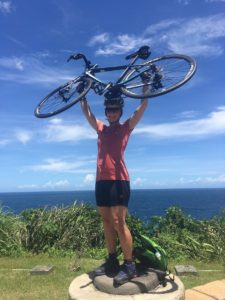 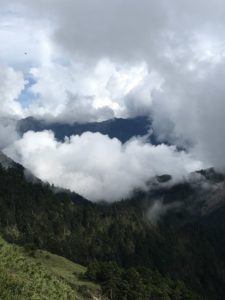 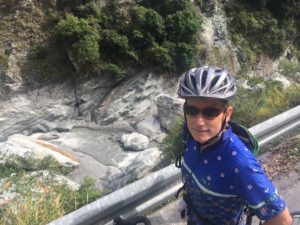 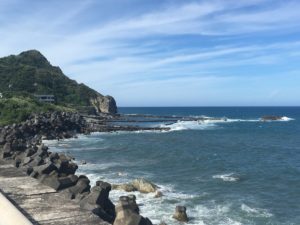 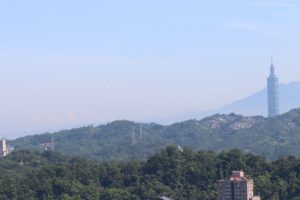 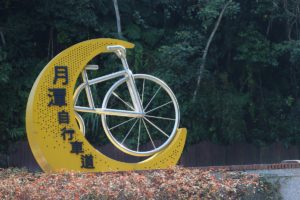 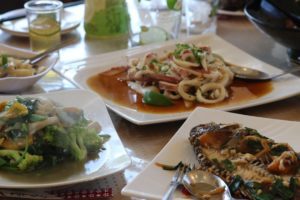 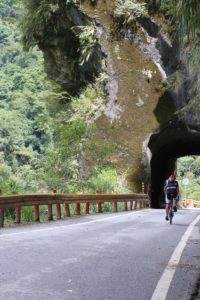 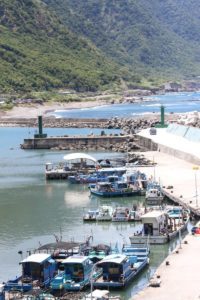 The sound of cicadas is piercing—like an inadvertent glitch at an electronic music festival. The little heat bugs are working overtime in the 35 C and so are my sweat glands: crusty salt has formed on my eyelids and a mosaic of sweat droplets decorate my calf.

Cycling in the lowest granny gear, every stroke is laboured and we’ve only begun. There’s another 1,650 vertical metres to go.

We’re suffering, but the people hanging out of their car windows pumping their fists and screaming in Chinese are encouraging, making the climb almost fun. With the cycling camaraderie and the gruelling course, you’d think I was in Italy, Spain or France where cycling deeply ingrained in the culture.

Surprise! This is Taiwan.

Half way down the island, on the east coast that is mostly national parks, my companion and I are riding a small section of an 87-km climb called the KOM (not related to the Strava app), which is part of a larger cycling event in October. In 2015, almost 400 riders from 32 countries participated. An Iranian holds the record at just less than three and a half hours. In that amount of time, we went a measly 28 km.

I’m cycling in Taiwan for a few weeks, and just scratching the surface of riding possibilities. Seventy per cent of the country—which is only slightly larger than Vancouver Island—is mountains, which makes for some gnarly mountain biking. For roadies, there is more than 1,200 km of coastal riding around the entire island, which is also part of our tour.

RELATED A look inside Giant Bicycles headquarters in Taiwan

In Hualien City on the east coast, the heat from the paved road is still oppressive, but it’s tempered with a spectacular view of imposing rock cliffs dropping into an azure blue ocean. Drafting behind Jacques—the editor of Vélo Mag—I notice he has an inconsistent pedal stroke: two strong and one slow. “Is that some kind of road cycling technique?” I ask. “No, it’s energy saving in this heat.” Makes sense. I copy his form. So when he also suggests a dip, I also follow. We dump the bikes on the sand, ignore the guide’s advice of the dangerous dropoff and race across the feet-burning sand. Cold Pacific waves. Everything cools down immediately. Throwing our arms in the air and diving into the breaking waves, we must look like five-year-olds to the cars passing by.

And it only gets better as we arrive for lunch: a whole tilapia fish topped with grated ginger, a cracked egg on top of bright green coiled ferns (fiddleheads to Canadians) and bamboo filled with sticky rice. Dish after dish arrive. Our group can’t keep up. It’s a sample of the Amis tribe food—a millennia-old group of Austronesian descent and the largest indigenous tribe in Taiwan. Getting back on the bike, I felt food drunk.

For our final group ride, we head southwest to one of Taiwan’s most touristy areas. Sun Moon Lake is the country’s largest inland body of water. We wake just after sunrise to beat the heat for the 32-km ride around the lake. Luckily, unlike the exposed coastal ride, we’re shaded under the forest canopy most of the way. Jacques is ahead swooping around corners. I try to keep up but spin out on a mossy patch then correct myself. Deep breaths!

When the trees clear, we stop near a Buddhist temple. One lady is setting up her souvenir shop—canisters of Taiwanese black tea, Chinese writing scrolls and giant wooden penis with the famous phrase: Made in Taiwan. After my friends buy a few trinkets, the shop owner hands us ice-cold tea. Looking over the rocks, I see the fog is lifting off the lake. More shopkeepers begin arranging their stands; the movement and flow of the new day is meditative.

The following week, the mood changes.

Slugging through Taipei’s crowded noisy city streets on a monster downhill bike is dizzying. There are almost three million people in less than 300 square kilometres. We duck through narrow lanes lined with food vendors: pizza-size scallion pancakes, plump dumplings crackling in a deep fryer, stinky tofu. All the while, the electric cicada bugs hum. The blast of AC passing by a 7-Eleven’s automatic doors is heavenly.

We begin climbing into the Maokong, a suburb of Taipei, which used to be the largest tea producer in the country. From the main road, we duck onto a path. After a torrential downpour the night before, my tires slosh around on the mossy rocks.

Back onto the paved road, we see a group of elderly Japanese hikers. “Oh danger,” one woman says pointing at me. “Yes,” I say, looking directly at her with a grin. “Much danger.” She giggles and waves as we launch down an even steeper descent. I manage to stay on the bike and we eventually arrive back onto the road. From Erge Mountain, I can see Taipei 101, the world’s ninth largest building, and the enormous, densely populated city spreading to the edge of the green hills. It’s a lot to take in, all the more reason to return to this cycling haven.