At this time of year, my Strava feed is littered with virtual rides. I think that’s great. I’m at it, too. At least I should be. While I do know a rider who once told me he keeps his Strava pure, which means no virtual rides, I don’t worry about that. I feel there’s very little that’s pure about the platform.

I’ve written before how segment times can variable, borderline fictitious, even if you don’t set out to cheat. But that doesn’t bother me. I also don’t get my chamois in a twist if riders boost their yearly mileages with trainer rides. Want to log your commutes? Great. Although, I do think it’s a bit weak to post your commute just because it was really cold or snowy that day, but whatever. We’ve all ridden in bad weather, sometimes even to the office. The random snowy commutes aren’t the most egregious forms of kudosfishing, a term coined by web editor Lily Hansen-Gillis. It’s akin to the sadfishing that happens on social media platforms, exaggerating emotional distress for attention. On Strava, you see kudosfishing when someone titles a ride, “Oh man, coach said to do this 2×20 workout, so hard, didn’t think I could do it.” But these aren’t the things that get me thinking that I should drop Strava completely.

We give Strava plenty of data. That’s the deal. In exchange for that data, we get to use its services. That’s how Google works. It’s how Facebook works. In the past 20 years, we decided (or we were convinced) that giving our information away for access to these apps was worth it. Yet for all the data Strava gets and what the company learns about us – for example, in 2019, Colnago C64 riders rode farther, on average, than owners of other bikes – Strava still would like us to pay for its Summit features. One “feature” is simply the ability to see the power data you just uploaded. I’m not talking about some analysis of those power numbers. No. Just the numbers. As a non-Summit user, I can’t see my power data on my phone. Another Summit user, however, can. 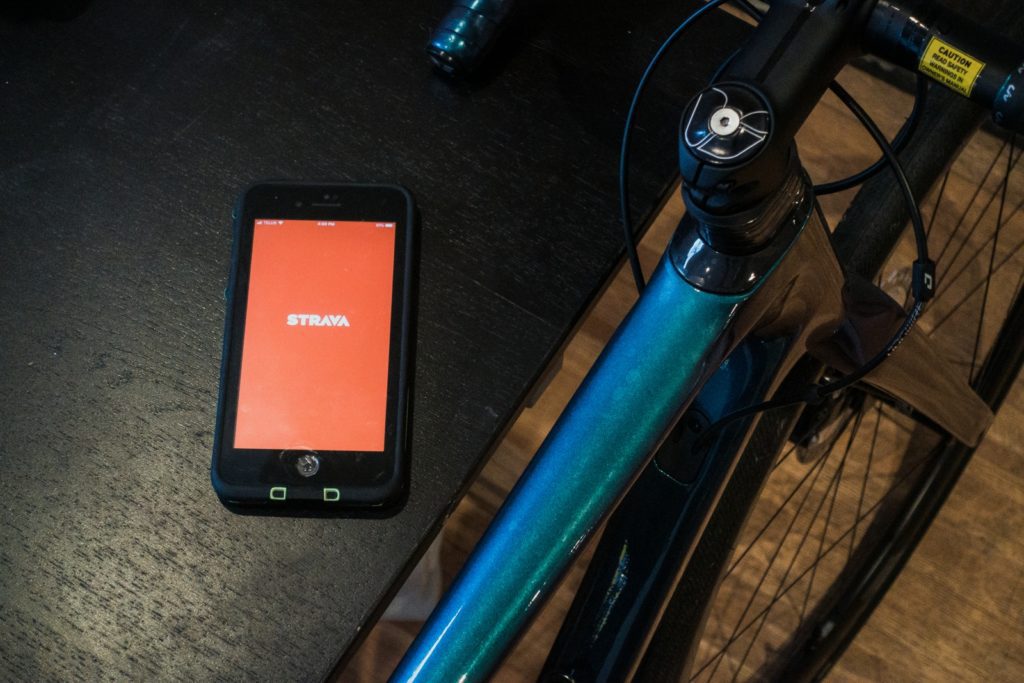 A study came out of York University in late 2018 that looked at the effects of social media on 118 women between the ages of 18 to 27. They filled out questionnaires about body image. Later, they commented or liked photos of people they considered attractive. “The results showed that these young adult women felt more dissatisfied with their bodies,” said Jennifer Mills, an associate professor in the department of psychology who conducted the study with Jacqueline Hogue. “They felt worse about their own appearance after looking at social media pages of someone that they perceived to be more attractive than them. Even if they felt bad about themselves before they came into the study, on average, they still felt worse after completing the task.” I suspect there’s something similar going on within Strava.

“I’d feel discouraged when my teammates or other riders would have higher ride totals at the end of each month. It made me unnecessarily competitive and took away from the enjoyment of just riding for the sake of riding,” wrote Oli Evans. Evans is a fast guy who rode on a continental-level team. If Strava can discourage him, it can definitely affect joe-averages like us. A local rider I know who logs an enviable amount of kilometres per week admitted he can get FOMO. It surprised me. He seems so Zen about all the Strava nonsense, yet even with his clear view of the app and its effects, they could still wear on him. He said that after a great 70-km ride, he might see a 150-km ride by other friends, which would make him feel he didn’t ride enough. When he was injured and off the bike, he couldn’t look at Strava because he felt like he was falling behind.

I know I’m complicit in all of this. I post most of my rides, especially ones abroad. I post the bikes I test because I, in effect, want to say, “Look. Cool bike. We all like cool bikes, right?” Am I kudosfishing with these posts? It’s not my intention, but it might seem that way. I don’t know what effects they might have.

So, will I actually quit Strava? No. It’s how I learned Rob Britton was bikepacking in Japan. I then had the idea to ask him about his equipment. I like how I can learn about new places to ride in my area as others go exploring. There are some connections I have only on Strava that I wouldn’t want to lose.

I should, however, probably check Strava a little less, relax and just enjoy my rides.