Endurance bikes don’t always scream fun — comfort, yes, but not always lively or exciting. But queue the next generation in the endurance category, bikes with the performance pedigree of race bikes but the geometry of something more of us can ride all day. The goal with the Giant Defy range of bikes was to create a line that was more versatile, something that worked well for different types of road riding. A Giant Defy should allow a rider to ride longer and more comfortably than before, but it should be fun to take on fast club rides and gran fondos as well. Keeping the bike both lively and stiff was an important objective for Giant’s lead engineer Nixon Huang and his team.

When Giant relaunches one of its lines, it likes to move cycling technology in certain directions. You could argue that it’s pushing things forward. For it’s 2014 line of mountain bikes, it committed to 27.5″ wheels. In 2015, when Giant previewed the previous update to the Defy, the company spec’d disc brakes exclusively from top of the road line of bikes to the bottom. With this newest update, at the top end of the range, the Giant Defy Advanced 0 comes stock with Giant’s new Power Pro power meter, the new D-Fuse handlebar as well as the D-Fuse seatpost that has been included on the Defy and TCX in the previous generation.

What’s New on the Giant Defy

There have been updates to the frame as well with the new Giant Defy bringing the same stiffness while pedalling as the current generation of the Propel. But it wouldn’t be an endurance road bike without also taking comfort into consideration. Instead of using a mechanical solution (a small shock, for example) to add more comfort, the Defy has its compliance mostly built into its seatstays, seatpost and handlebars.

Cables enter neatly into the top of the stem.

A cassette you could eat dinner off of. The Defy Advance Pro 0 comes stock with an 11-34 cassette

The Giant Power Pro power meter. The team at Giant says the goal is to make the unit alone available for purchase within a year.

Not a cable in sight. Note the tire clearance as well, those 28-mm Gavias leave plenty of space

While the geometry will be largely familiar to riders of previous Defy models there have been some subtle changes. The head-tube length has decreased by 5 mm across the size range — a drop from 165 to 160 in a size medium. Compared with the TCR, which has a head-tube length of 148 mm, the tube puts you in a more upright position. Giant has also dropped the bottom bracket for this iteration of the Defy again by 5 mm across all sizes. This change accommodates more modern tire standards, as wide as 32c or 28c with fenders.

The biggest esthetic change from the previous generation of the Defy Advanced Pro 0 is at the stem. Named the Stealth Stem, it closely resembles what you find on the Propel. With all the cables being run internally, the component certainly keeps the look tidy and clean, especially compared with the previous version of the Defy. While the Stealth Stem makes for an attractive change, it could make for some frustration for the do-it-yourself bike fitter: you will need to cut the steering tube if you want to remove spacers.

Wrapping your hands around the Contact SLR D-Fuse handlebar for the first time is an odd sensation. It almost feels as if somebody has taken a slice out of the underside of the bar tops. But the result is an exceptionally comfortable perch for your hands when you are climbing hard or just cruising and chatting with friends on open roads. However, the ergonomic shape is not the real story here. The real innovation is in the vertical compliance that results from the D-Shape of the bar. Giant says it is 10 per cent more compliant in the downward direction (when you pushing on the bar) and 30 per cent less compliant when pulling up on it compared to the traditional round Contact SLR handlebar. So you’ll still have the stiffness to go for town-line sprints and be confidence that you’re not giving up anything to your buddies.

I really like the bar’s compliance as I bombed down the pothole-riddled slopes of the Gavia into Santa Caterina. The D-Fuse bar certainly helped to reduce the impact of larger bumps and the overall chatter from the less-than-ideal road conditions. The stiffness of the bar is also semi-customizable. Rotate the bars five degrees toward you and they become even more compliant; rotate them five degrees the other way, they become stiffer. Adding to the engineered comfort of the Giant Defy is the stock D-Fuse seatpost and a set of pencil thin seatstays that meet the down tube about three-quarters of the way up from the bottom bracket.

It’s not just the top-of-the-line Defy Advanced Pro 0 getting a refresh for 2019: the rest of the ranges will see changes and updates as well.

The 2019 model I tested, the Defy Advanced Pro 0, will retail for US$5,300. The Advanced Pro 1 will come in at US$3,600 with the 8050 Ultegra series and will not include the Giant Power Pro power meter. Moving out of the Pro series, the Defy Advanced 1 will be built up with the same Ultegra disc groupset, but use the off-series FC-RS510 crankset and the heavier P-R2 wheelset. This spec will save riders US$1,200 with its retail price of US$2,400. The Advanced 2 and Advanced 3 are built with Shimano 105 and Tiagra, respectively. They’ll also use Giant’s Conduct disc brake calipers instead of Shimano’s, again bringing the price down to US$2,000 and US$1,750 for the Advanced 2 and Advanced 3.

What they don’t tell you about the Gavia and the Mortirolo passes is that the road surfaces actually aren’t very good. Sure you need a bike that’s light and stiff to really get the most out of yourself when climbing these alpine passes, but you also will want a bike that flexes in all the right places when you take on these descents. The Italian Alps were a great place to showcase the versatility and balance achieved with this generation of the Defy Advanced Pro 0. 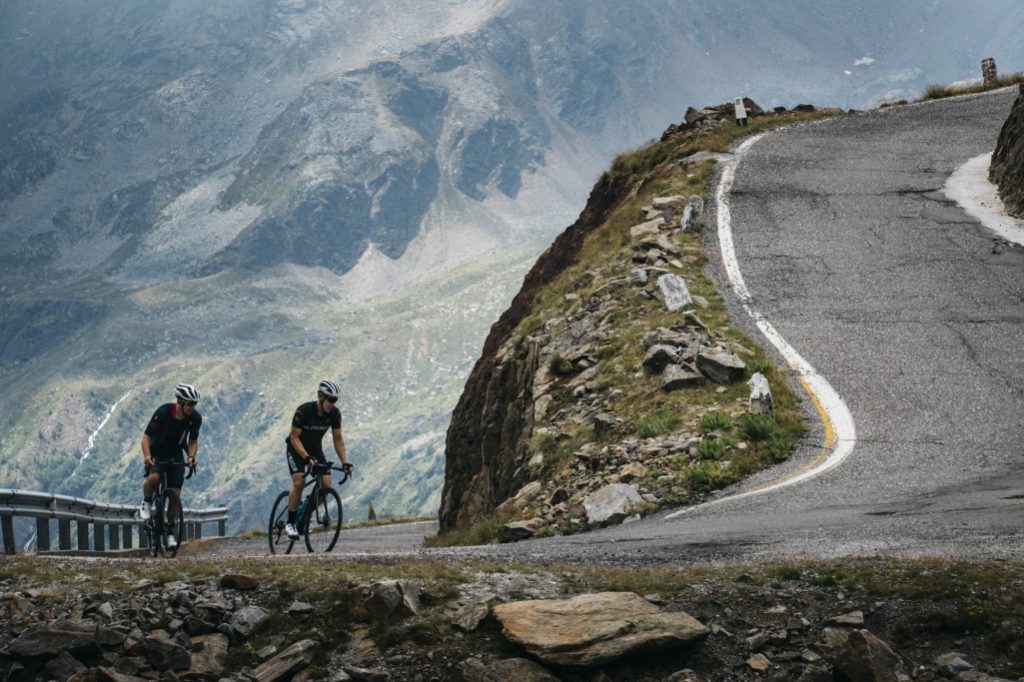 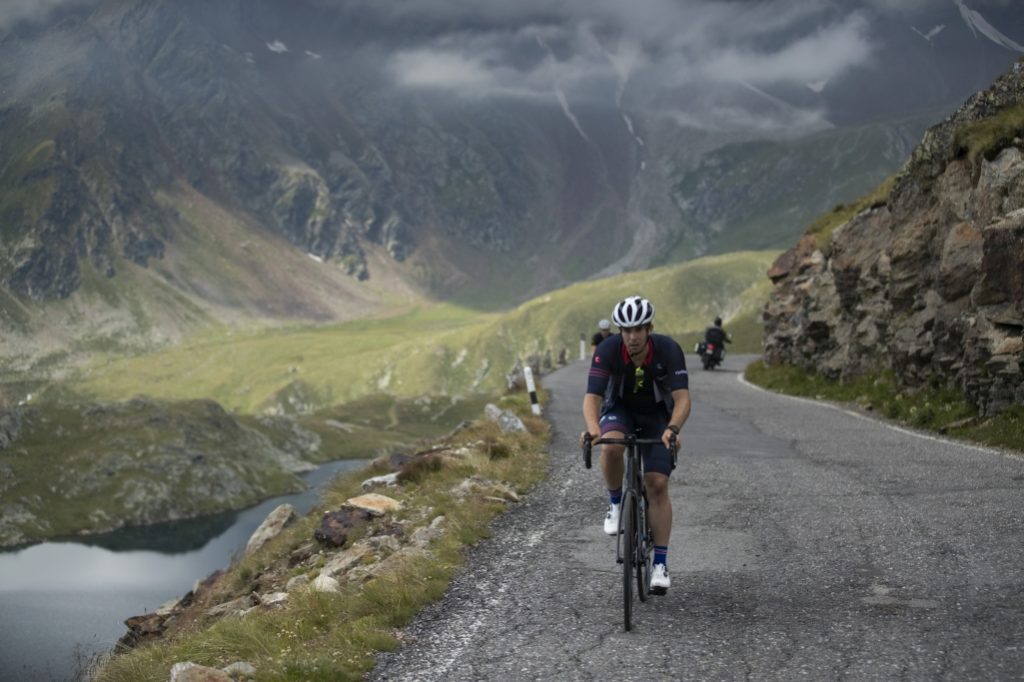 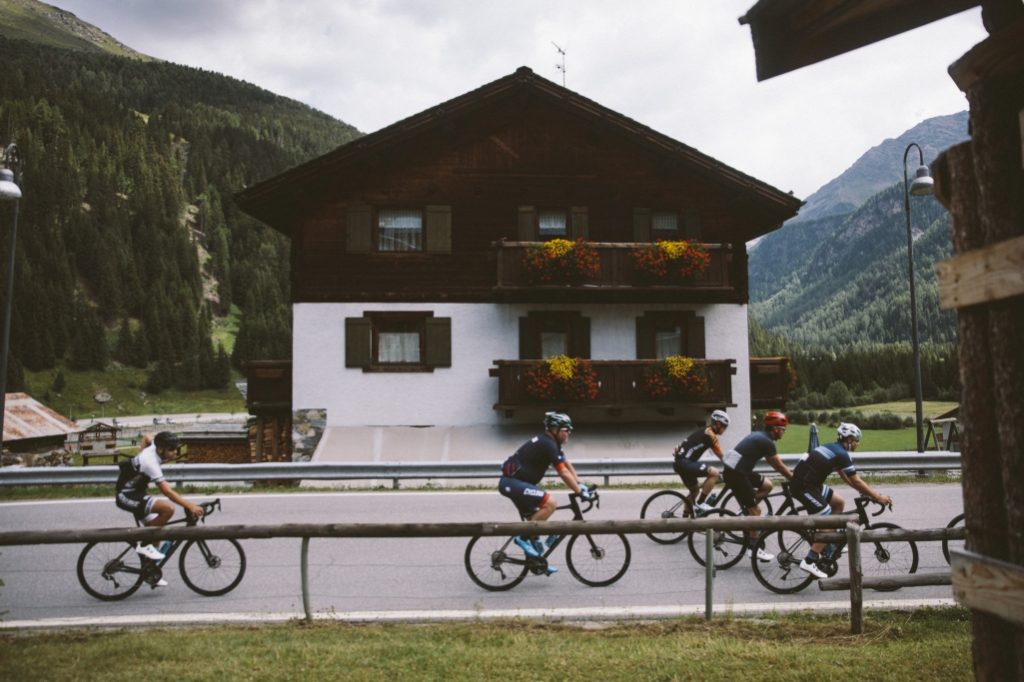 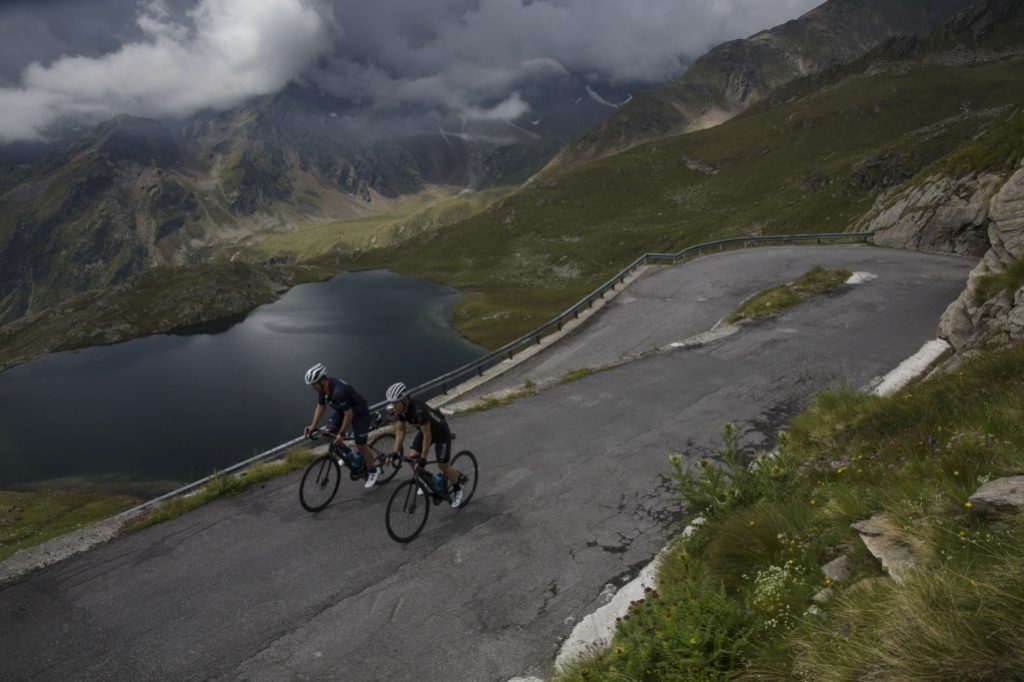 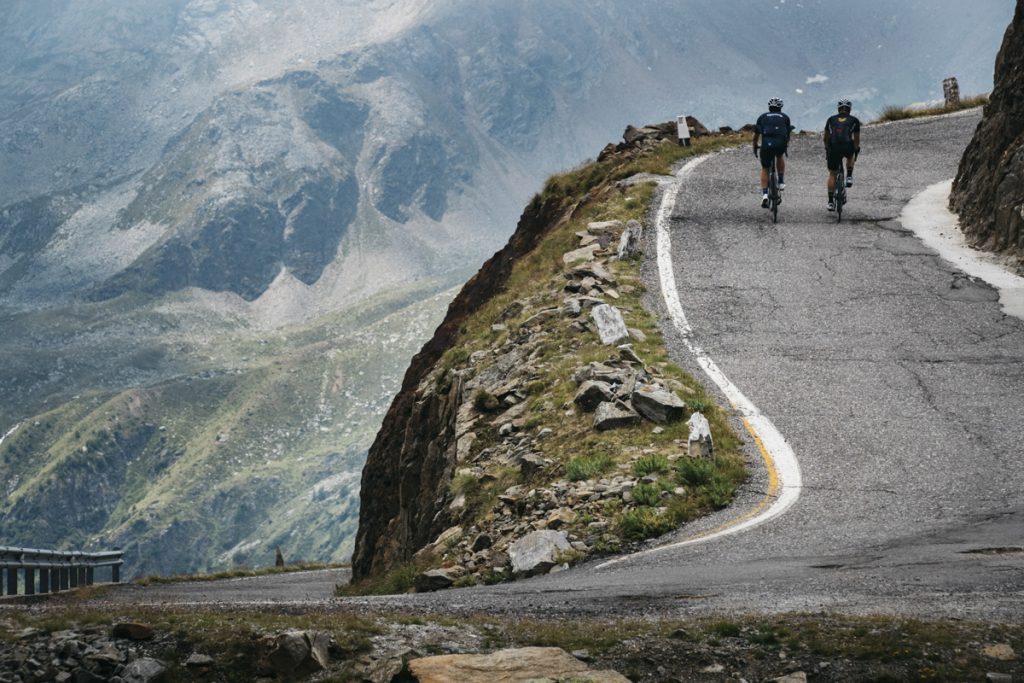 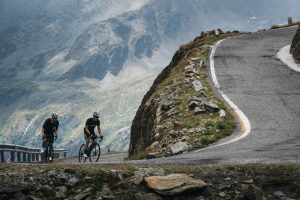 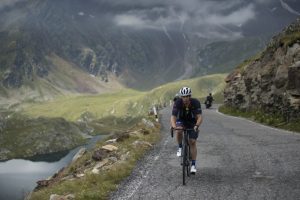 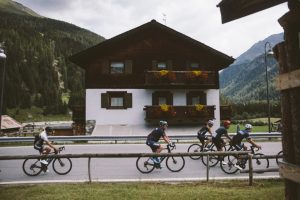 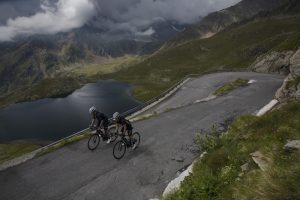 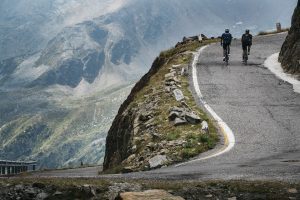 On our first ride on the Defy, we took a right out of Santa Caterina and immediately — there was no warm-up — began our ascent of the Gavia pass. I was thankful that Giant’s engineers had designed the carbon layup to be just as stiff as their aero road bike. With the change in altitude I faced in the Alps, I was already struggling more than I would normally expect and was glad that it felt like every energy-sapping watt was being transmitted into forward momentum.

If you’ve ridden more race- or performance-oriented frames, you’ll notice the change in position that comes with the Defy immediately. Its head tube is noticeably longer and its reach was much shorter than, say, the Giant TCR. But it’s not supposed to be a race bike, so this rider position is in-line with what you should expect in this segment of the market. Our test bike came with about 50 mm of spacers and I could have slammed the stem to come closer to a more natural position for myself. I felt somewhat like I was riding over the bike instead of in it, leading to a somewhat twitchy front end; although, this is something easily fixed with a proper fit.

Riding around Toronto every day, I thought I knew potholes. It turns out Toronto potholes are nothing like Italian mountain potholes. Descending at speeds of more than 50 km/h on roads that appear hardly wide enough for a golf cart, you’re forced sometimes to take a less-than-deal line through the potholes just so you stay safe on the right-hand side. During the product presentation, Huang told us that “comfort and compliance” were the main attributes engineers wanted see on this generation of the Defy. My back and arms certainly appreciated that as I could feel the D-Fuse handlebars flex as I rode over the bumpiest sections of asphalt.

The Defy Advanced Pro 0 models we tested come spec’d with Shimano’s always-capable Ultegra 8070 Di2 gruppo. As you’ve come to expect with this groupset, the shifts are crisp and clean. One advantage of Ultegra over Dura-Ace here is that you can put wide-range cassettes when paired with the long-cage Ultegra derailleur. For our test, we had a whopping 11-34 tooth cassette, which of course, I scoffed at when I first saw it. But I was more than happy to have had that bailout gear as we got onto to the Gavia’s steeper slopes.

In the end, the groupset matched perfectly with the Defy’s ethos of versatility and comfort. You can put in an 11-25 cassette in there if you want to hammer. Or throw in something a little more forgiving if you’re facing a steeper challenge. But really the Defy is about getting you out there longer and exploring roads you once thought were beyond your capabilities. And who can’t get behind that idea?