Trek is labelling the Domane AL Disc the “ultimate first road bike.” The Madison, Wisc.-based brand has a point, though the budget-friendly, feature-packed aluminum road bike will likely find an audience much wider than only new riders.

The Domane comes with an interesting mix of features. The same all-road features as seen on the high-end carbon fibre version of Trek’s endurance road bike make a great do-it-all road bike. Add more broadly functional attributes like mounts for racks, and the Domane AL works for much more than just road riding. 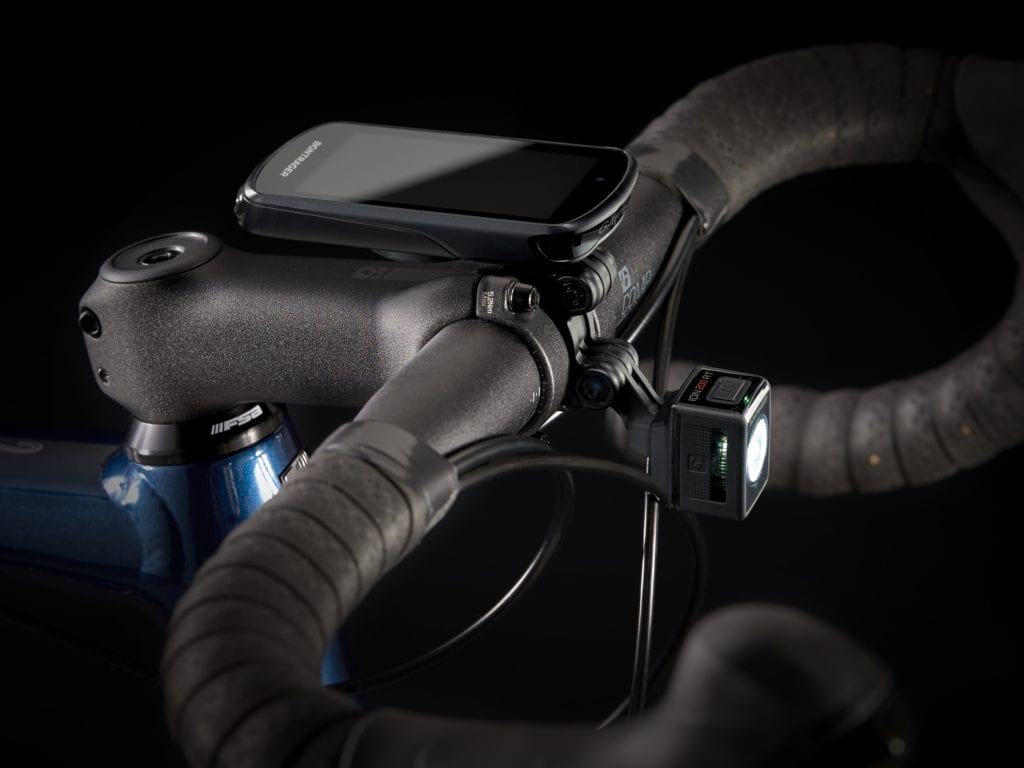 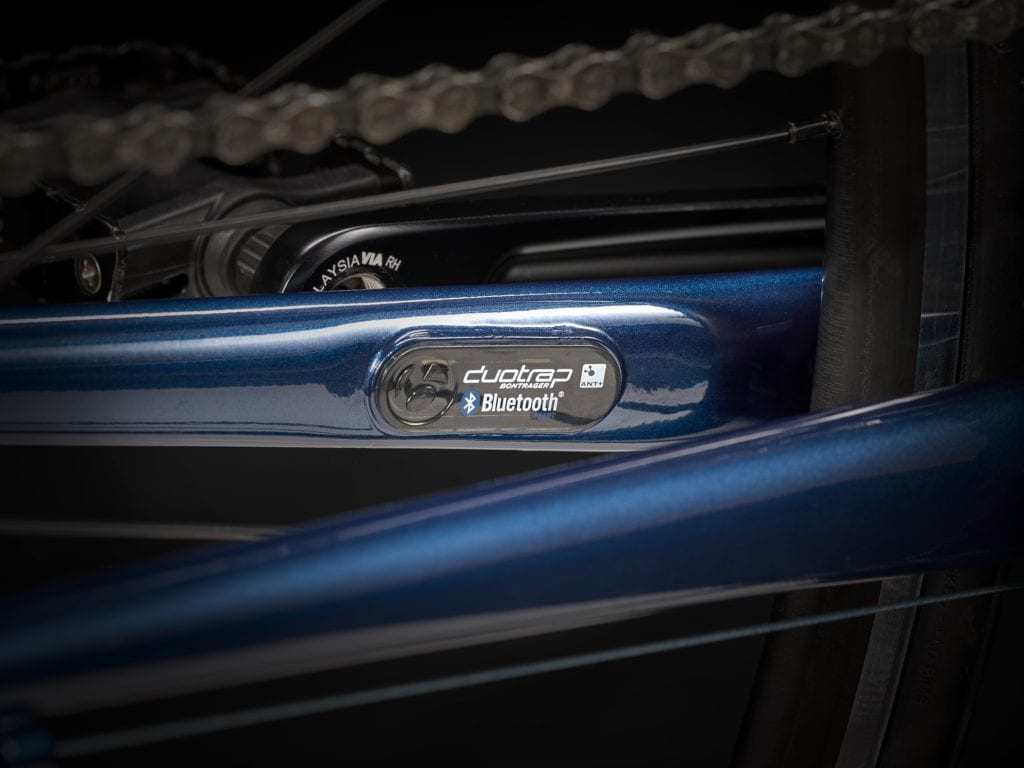 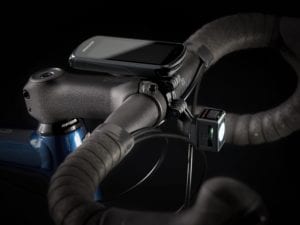 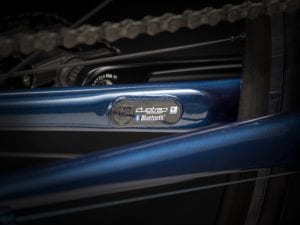 The Domane AL is constructed from lightweight 200 series Alpha aluminum. Trek’s endurance geometry gives the bike a taller headtube and shorter reach for more upright riding position that makes it comfortable over long rides. While the material may be less expensive than its carbon fibre siblings, internal cable routing and clean welds give keep the Domane AL looking sharp.

Thru-axles front and rear, a carbon fibre IsoSpeed fork and disc brakes add comfort and function for long rides and through rough weather. 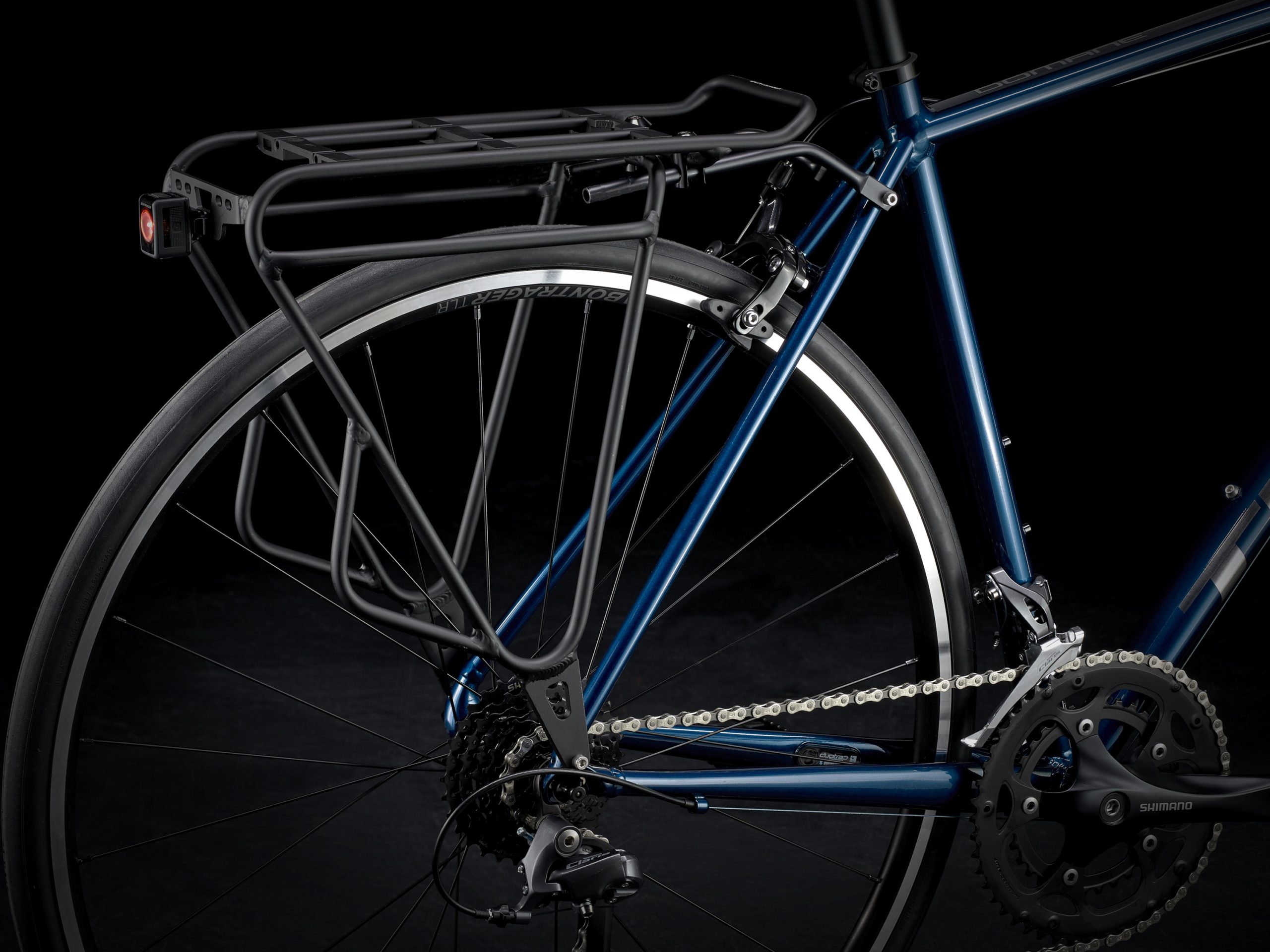 Usually, bonus features on a road bike involve boutique parts and integration. For the Domane AL, Trek has thought in far more functional terms. Sizeable 32c tires, with clearance for up to 35c, adds comfort on rough roads, and the versatility to make the Domane AL a very capable gravel-curious bike.

An array of frame mounts, including pannier mounts and fender mounts, make the Domane customizable for each rider’s needs. Strap on bags for an all-road adventure and the three water bottle mounts will let you ride for as long as you like and stay hydrated. Or, add racks and fenders for some more functional commuting.

Trek’s Blendr stem allows seamless integration for both extremes. Lights, a cycling computer or other options mount directly to the Domane AL. 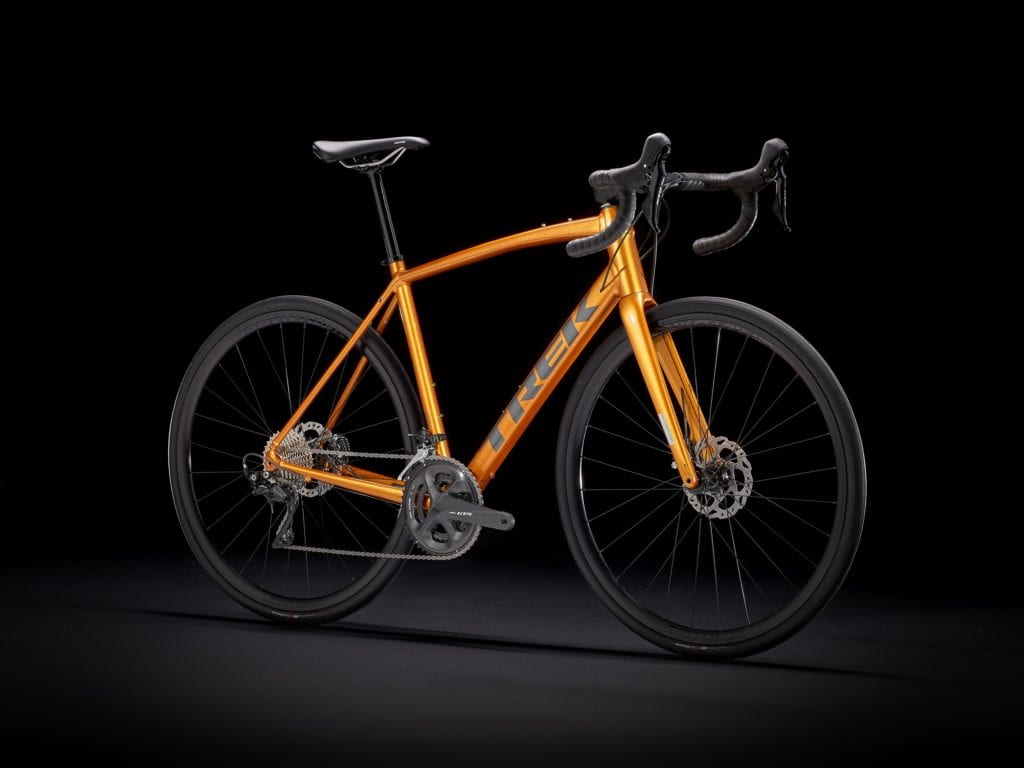 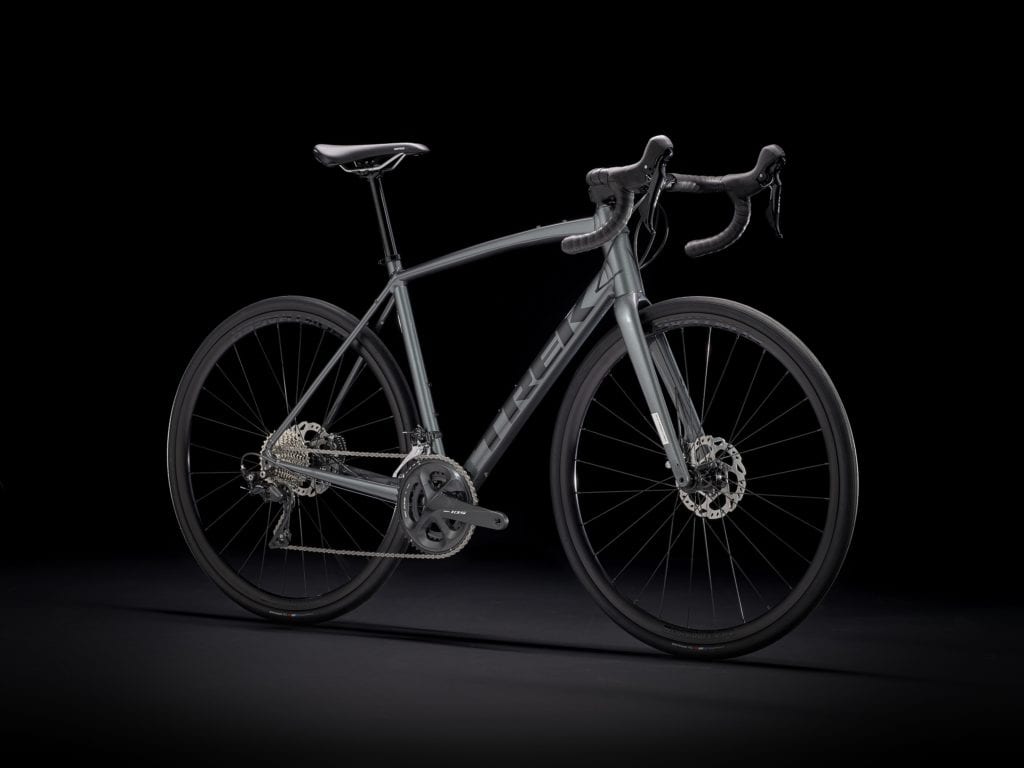 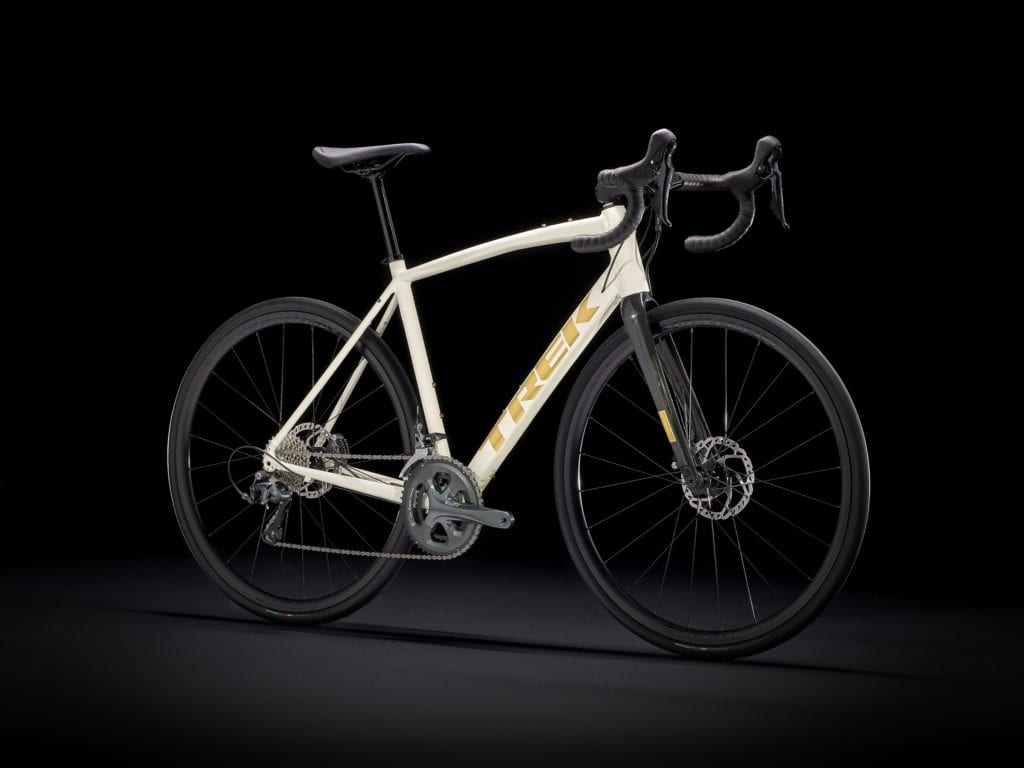 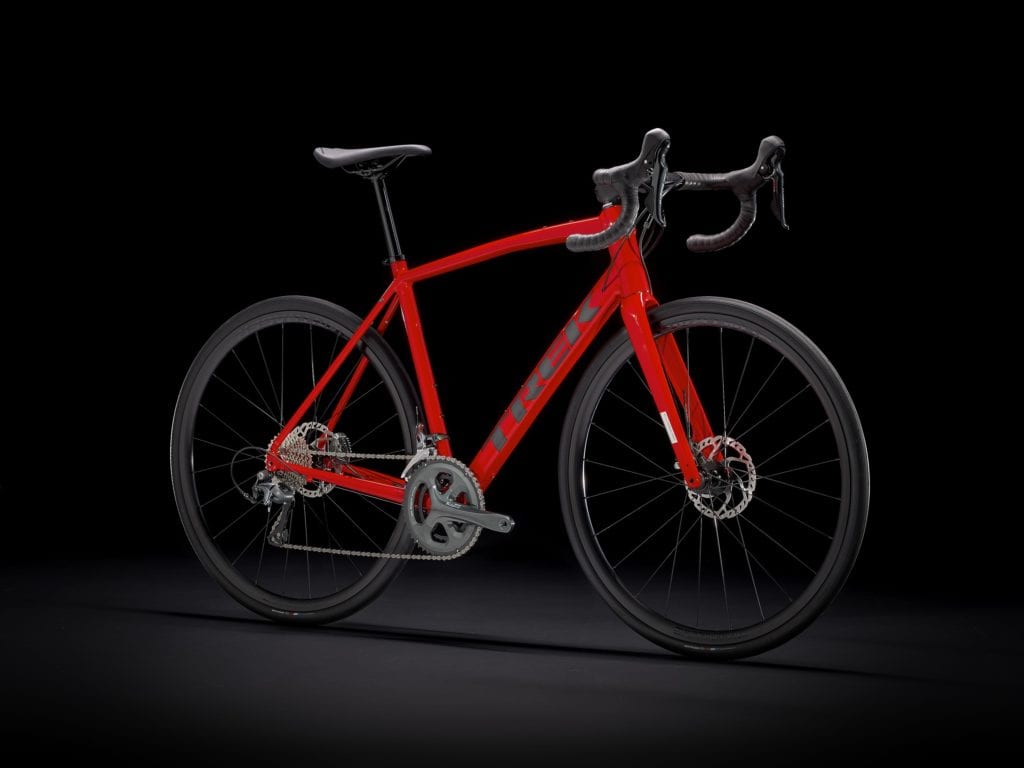 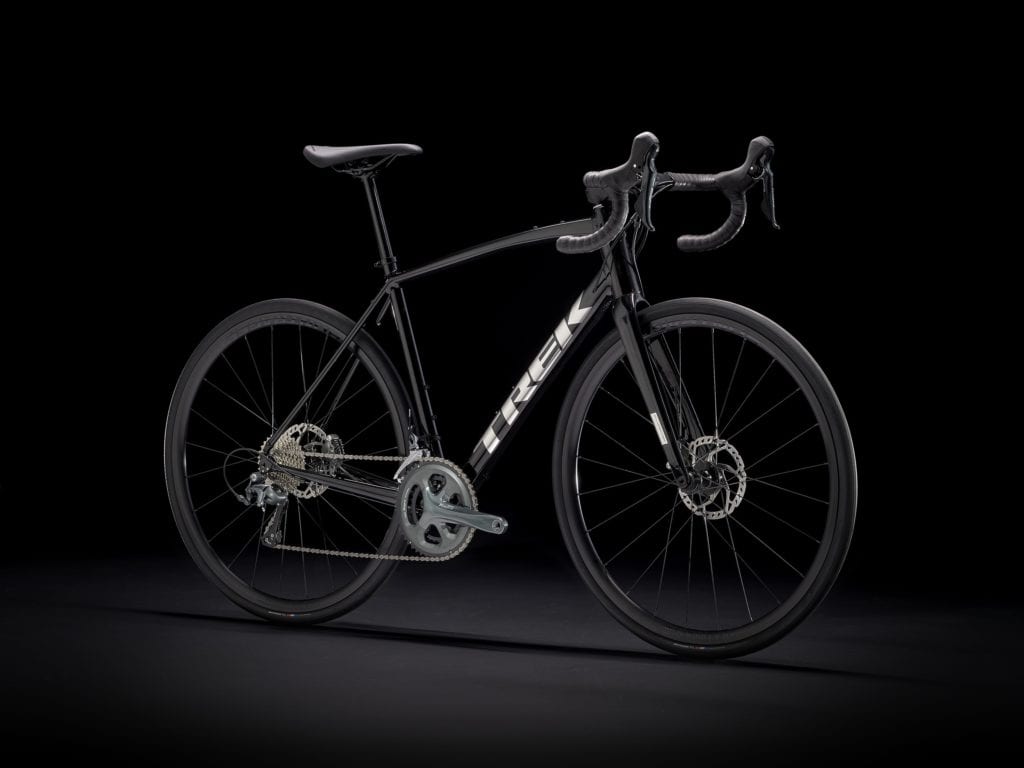 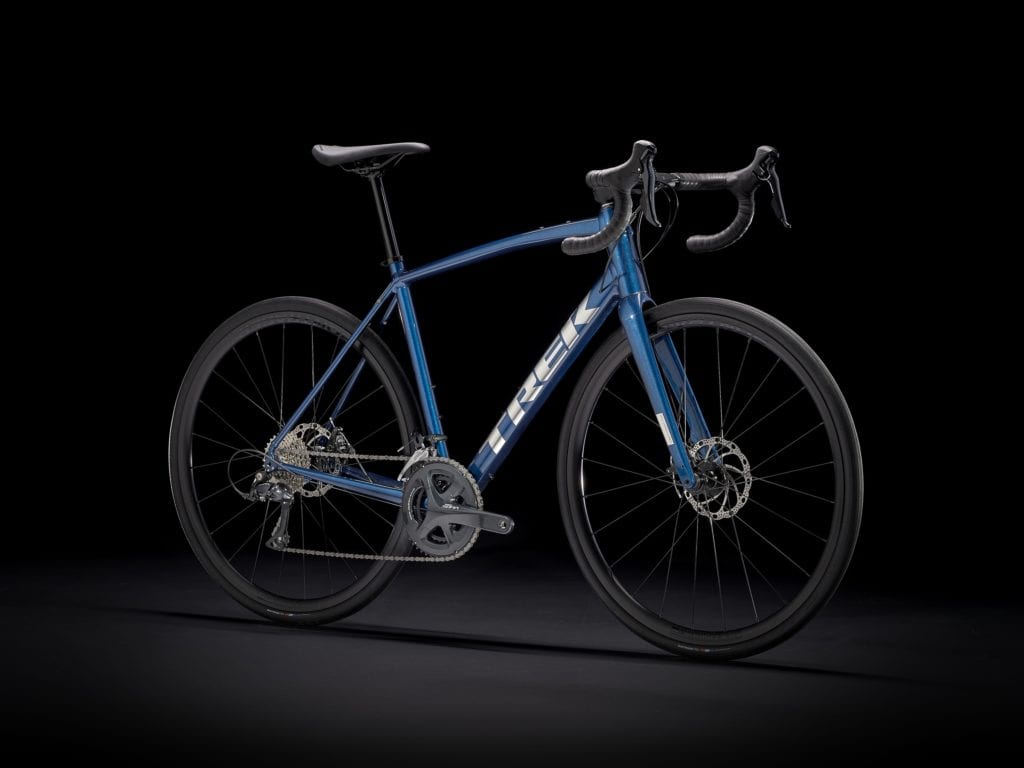 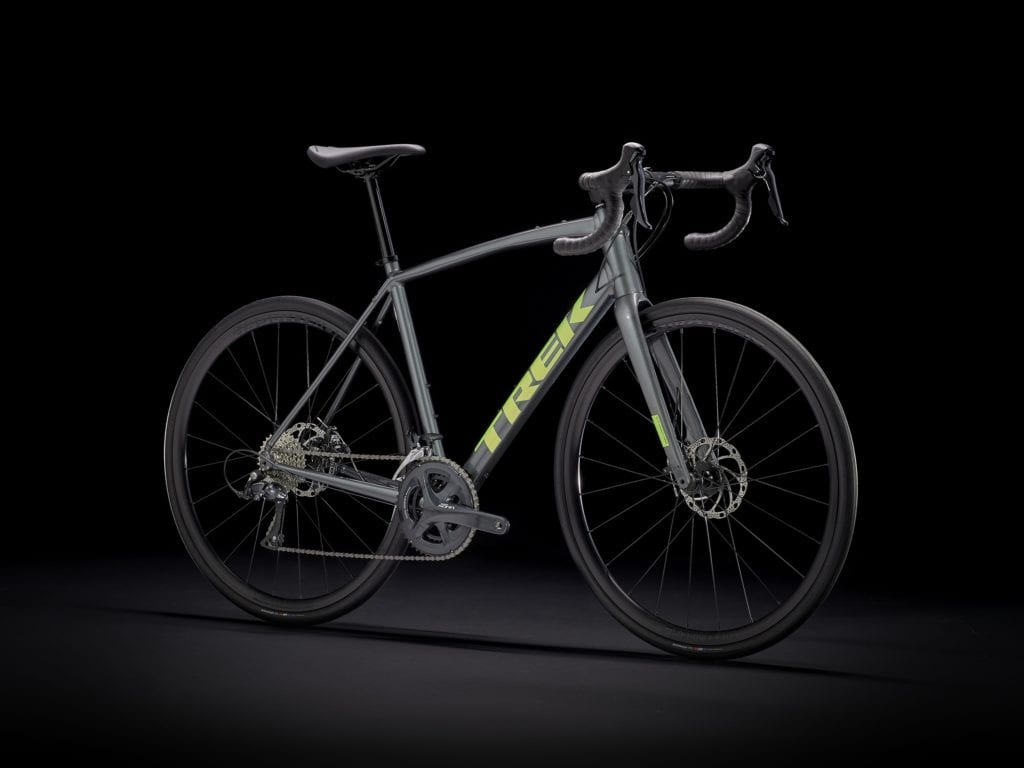 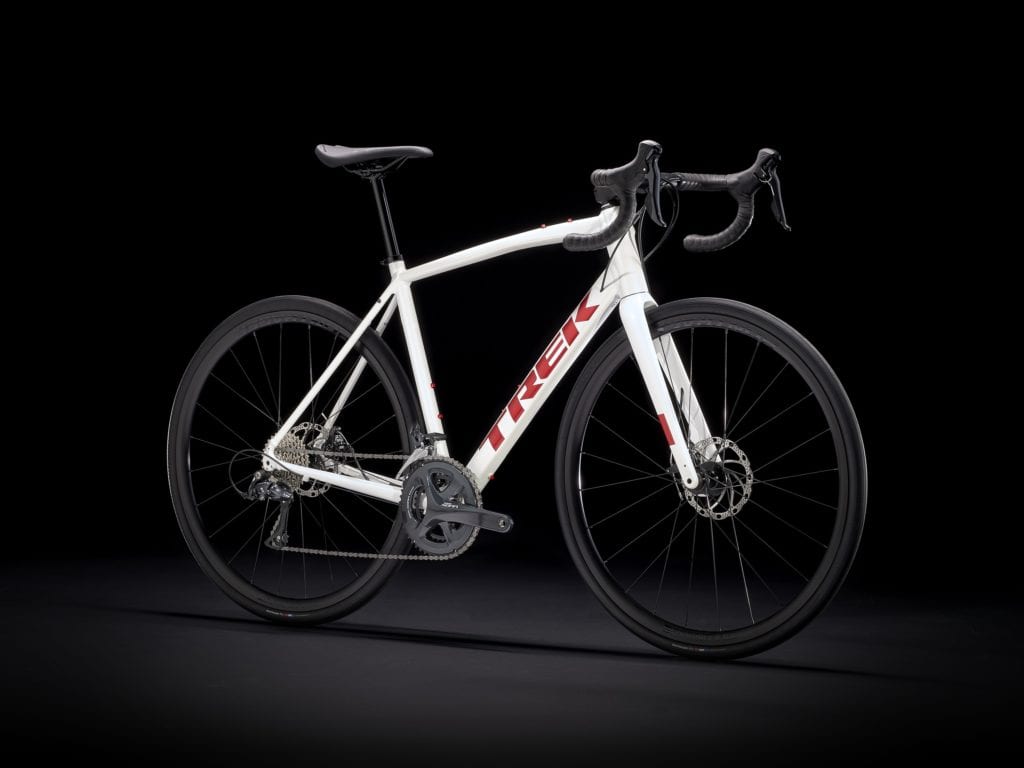 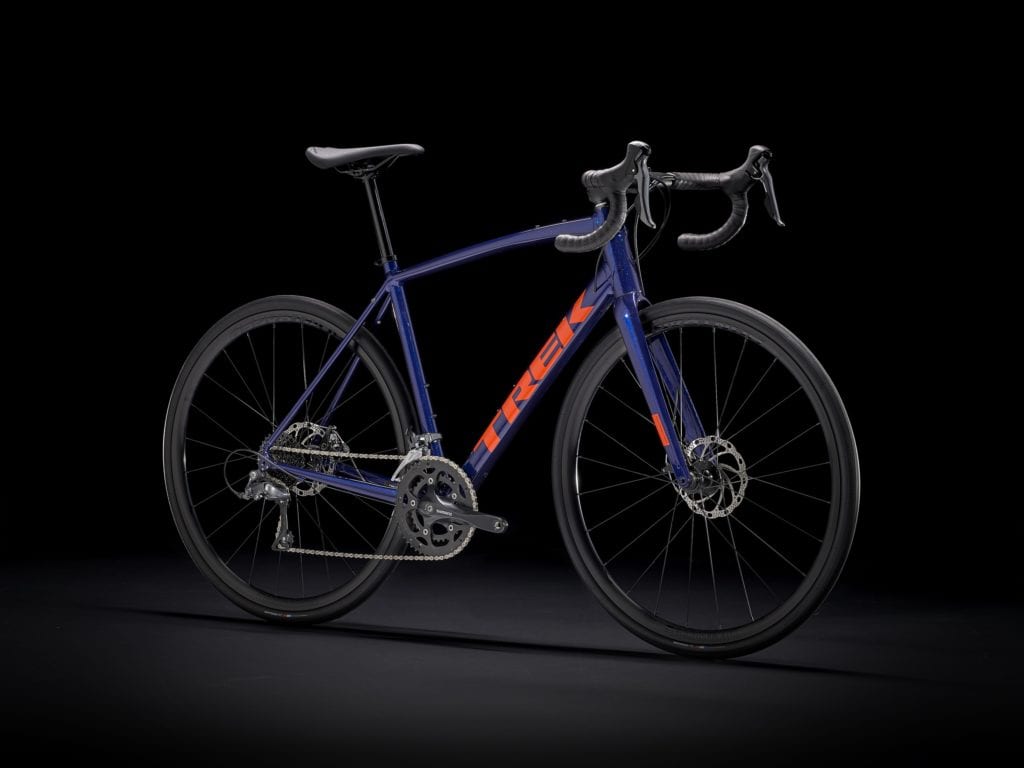 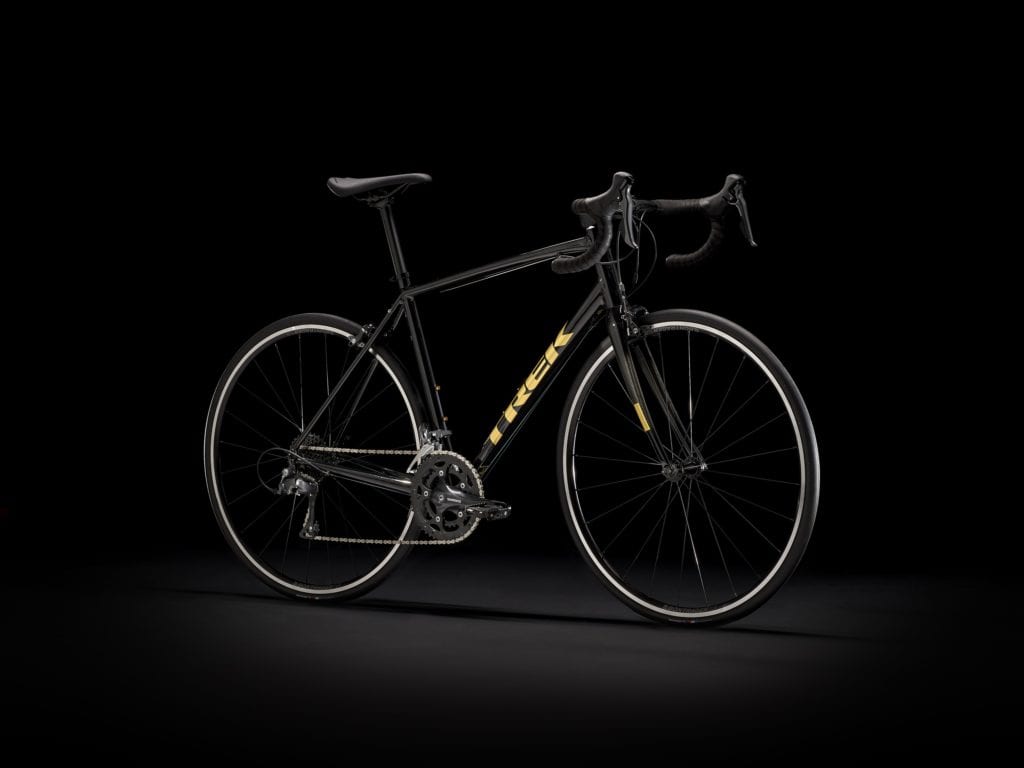 Finally, one rim brake versio of the Trek Domane AL 2 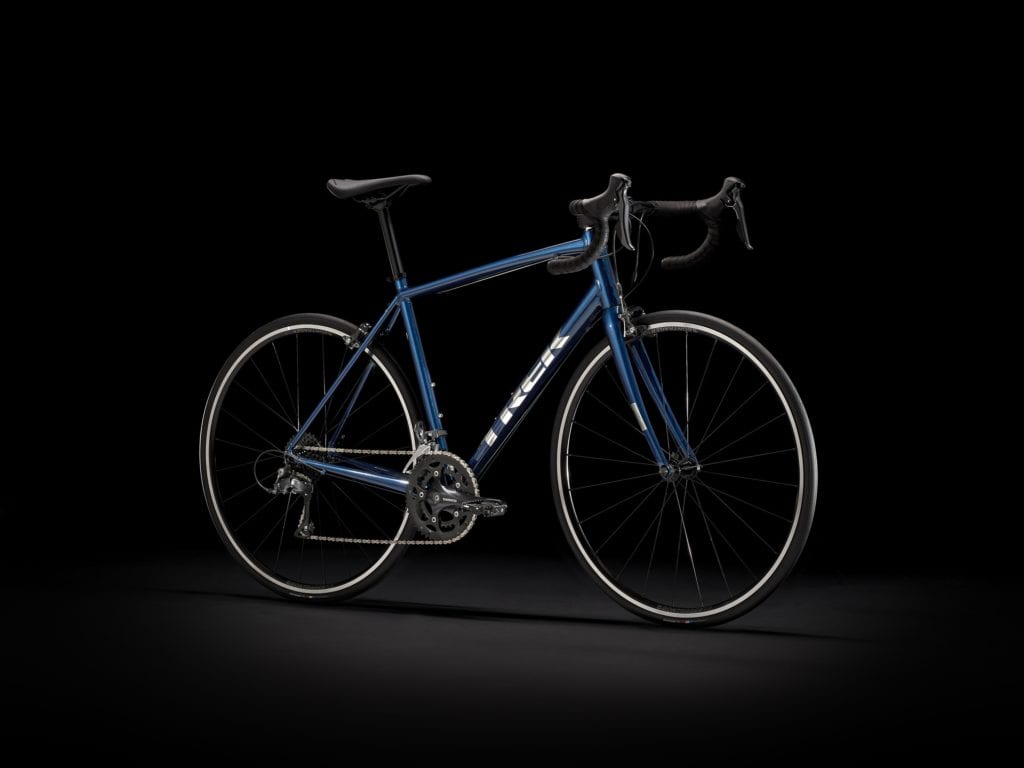 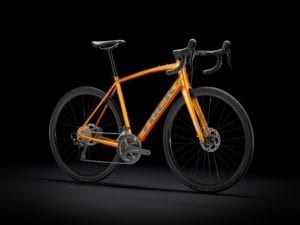 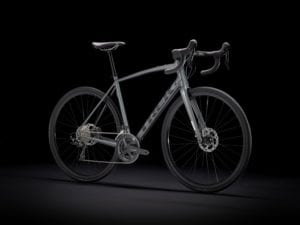 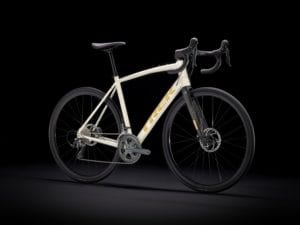 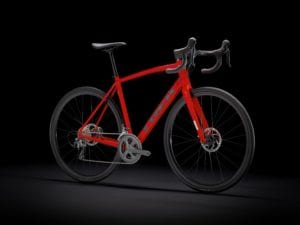 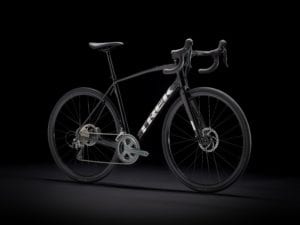 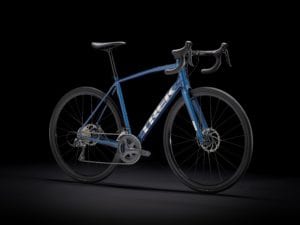 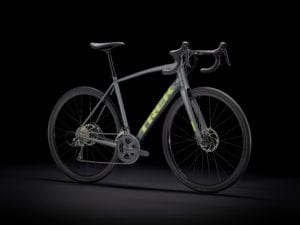 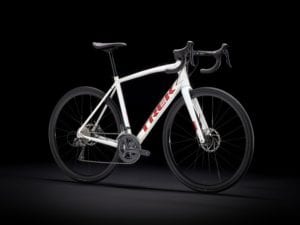 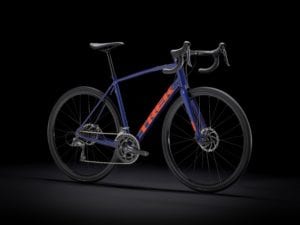 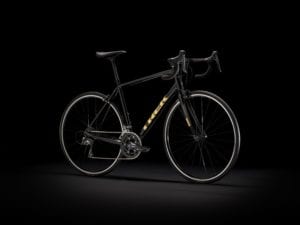 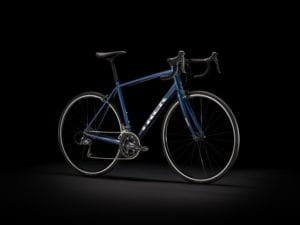 Four models of  Domane AL Disc and one rim brake aluminum Domane are available now. These start from the $1,050 Domane AL 2 and range up to $2,400 for the AL 5 Disc. Whether you’re hunting for a first road bike that will grow with you, or a more price-conscious bike that will suit a wide range of uses, the Domane AL Disc is worth a look.

Look for the Domane AL Disc at local Trek retailers, and online in select regions.