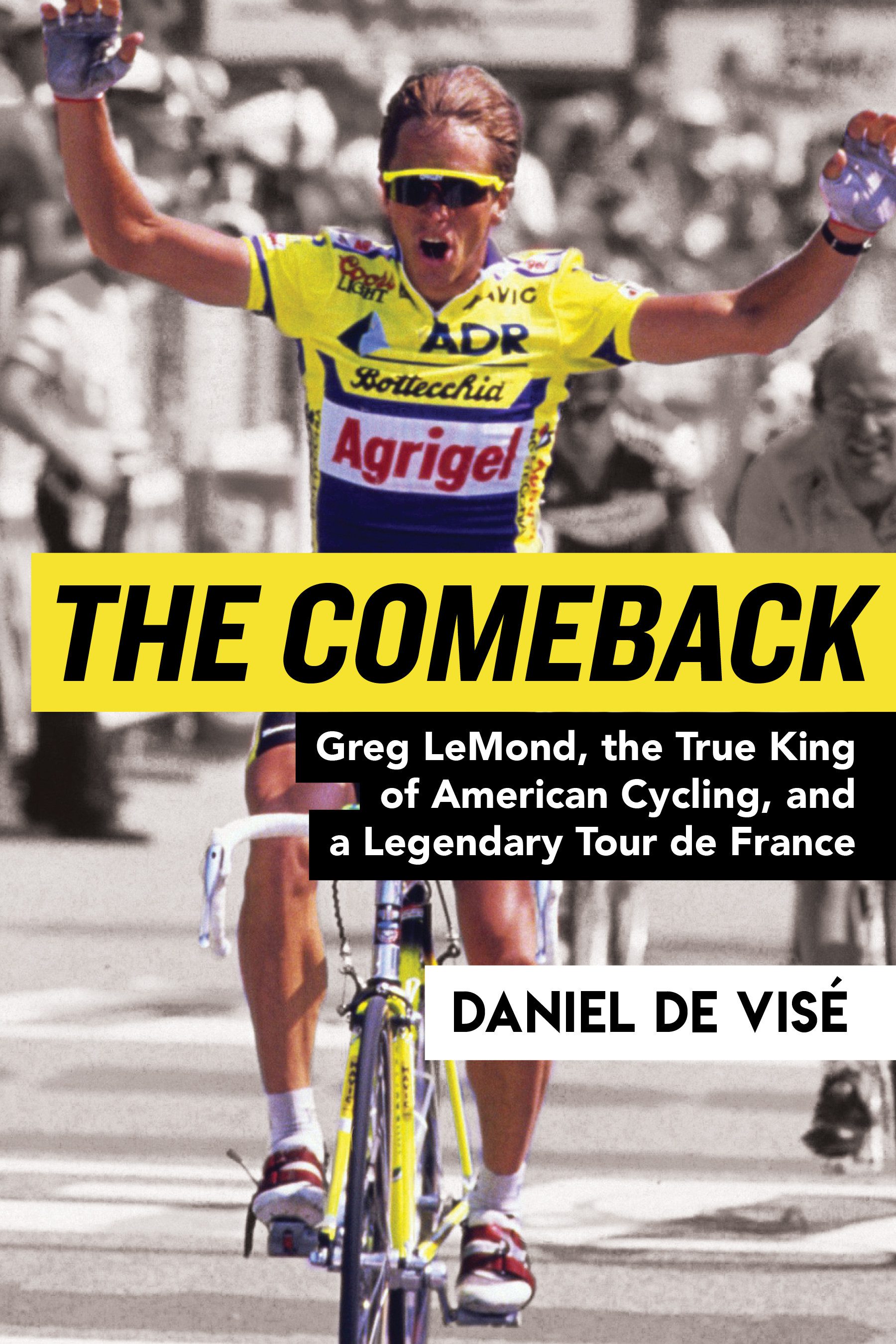 The comeback at the heart of Daniel de Visé’s biography of Greg LeMond—recently out in paperback—is the 1989 Tour de France. In 1986, LeMond became the first American cyclist to win the Tour. The following spring, he was hunting turkey with his uncle and brother-in-law. The brother-in-law, an inexperienced hunter, accidentally shot LeMond with a shotgun blast. Even if you’re familiar with this story, de Visé’s account is gripping as it details how close the star cyclist came to dying that day. In 1989, LeMond returned to the Tour and won, by eight seconds. He won the Tour again the following year.

De Visé’s book is based on detailed research from many of his own interviews as well as secondary sources. He does an excellent job of making all the material flow with his compelling prose. He delves into many of the challenges LeMond has faced, from childhood sexual abuse by a family friend to estrangement from his father.

LeMond’s career saw the rise of carbon-fibre bikes and EPO, both of which he had to weather. The cyclist worked with Craig Calfee, whose bikes bore the LeMond name in the 1991 Tour. But LeMond Bicycles was shut down after mismanagement by LeMond’s father and his brother-in-law. (Yes, the same one who fired the shotgun.) In 2016, LeMond began working with carbon fibre once again with LeMond Composites.

EPO started becoming more common in the bunch during LeMond’s later years as a pro. Not long after, some of the drug’s high-profile users—Lance Armstrong and Floyd Landis—worked to displace LeMond from the centre of U.S. cycling. With the fall of Armstrong in 2012, LeMond, his reputation and his place in cycling all made a comeback.