Some good reasons to buy new cycling shoes: you have an outfit that simply doesn’t go with your existing shoes; your old ones are dirty and beaten up and make you feel self-conscious when riding with friends; or, a cycling-shoe manufacturer has something new that changes the way you think about this stuff. With the Giant Surge Pro, the latter is the case. Giant as created a shoe with an innovative sole using its ExoBeam technology. Even though, Giant introduced that feature on its shoes in 2015, it continues to be a one-of-a-kind design that adds stiffness to a sole. The ExoBeam is a carbon-fibre beam that’s most prominent under the arch and heal of the shoe. Compared with a flat sole, it allows Giant to take quite a lot of material out of the midsole and thereby save weight. In a way, it functions much like an I-beam: less material than a regular beam and all the support. The current iteration of the ExoBeam, in contrast to that of 2015, is integrated more smoothly into the outsole. You don’t feel as “perched” when you are clomping around off the bike. Giant says the ExoBeam will also make your pedal stroke more efficient and reduce strain on your knee and ankle joints. While I have felt no joint pain, it’s tricky to trace that directly back to ExoBeam. 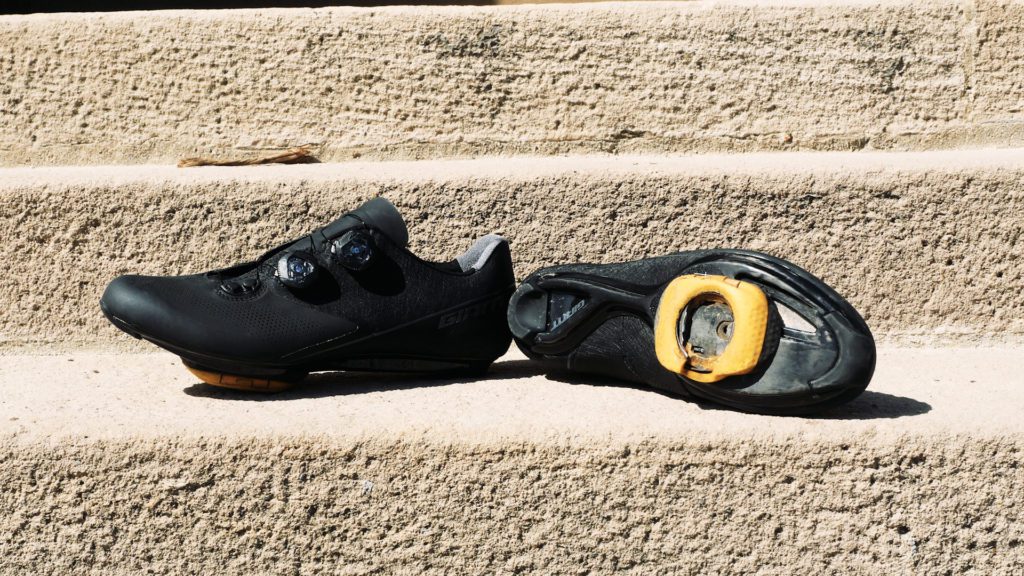 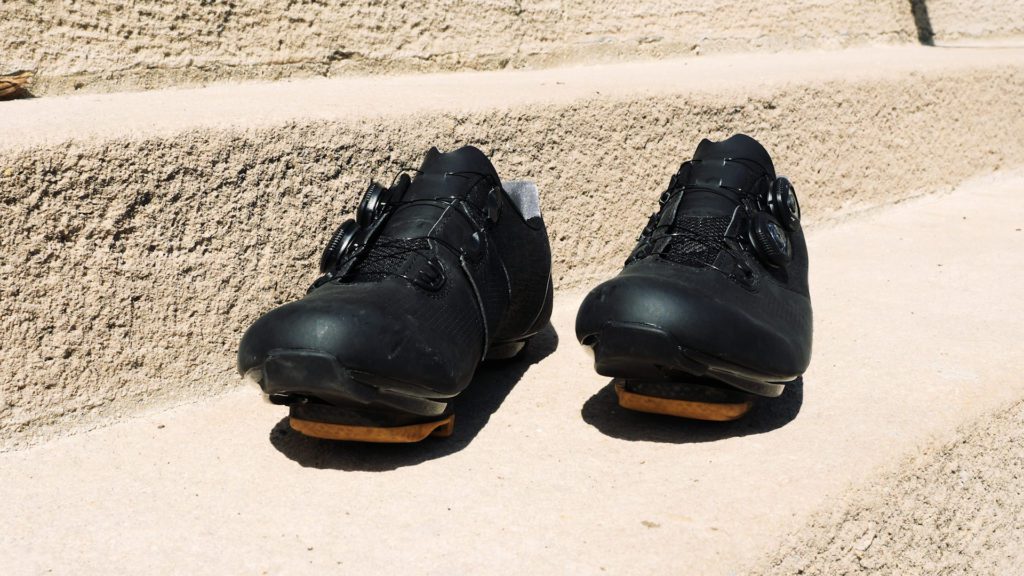 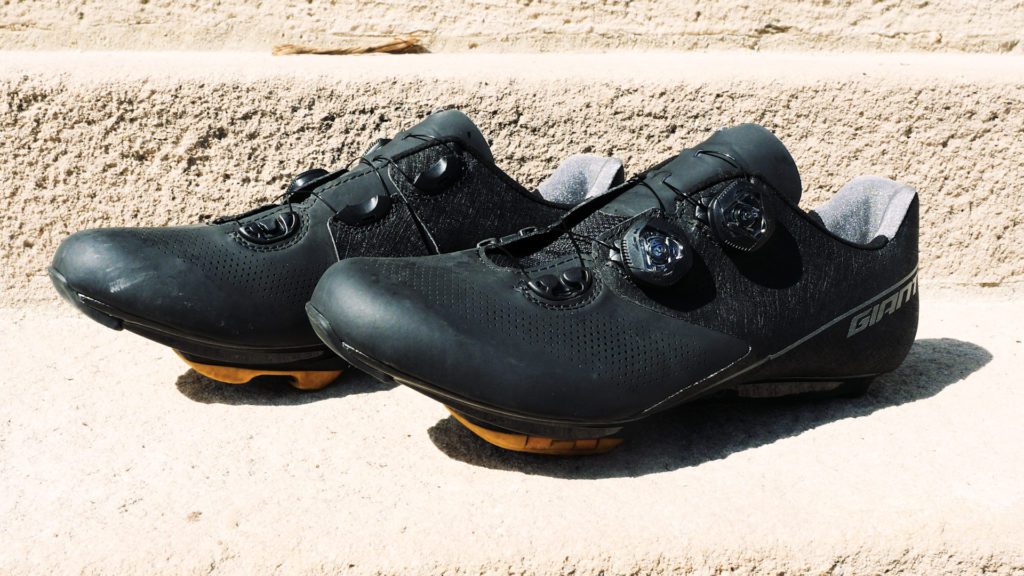 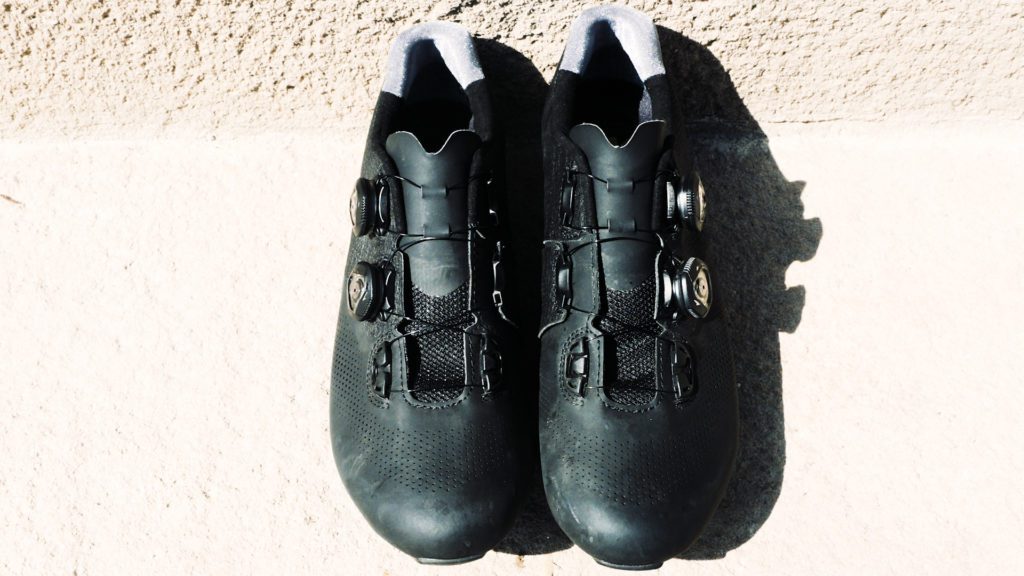 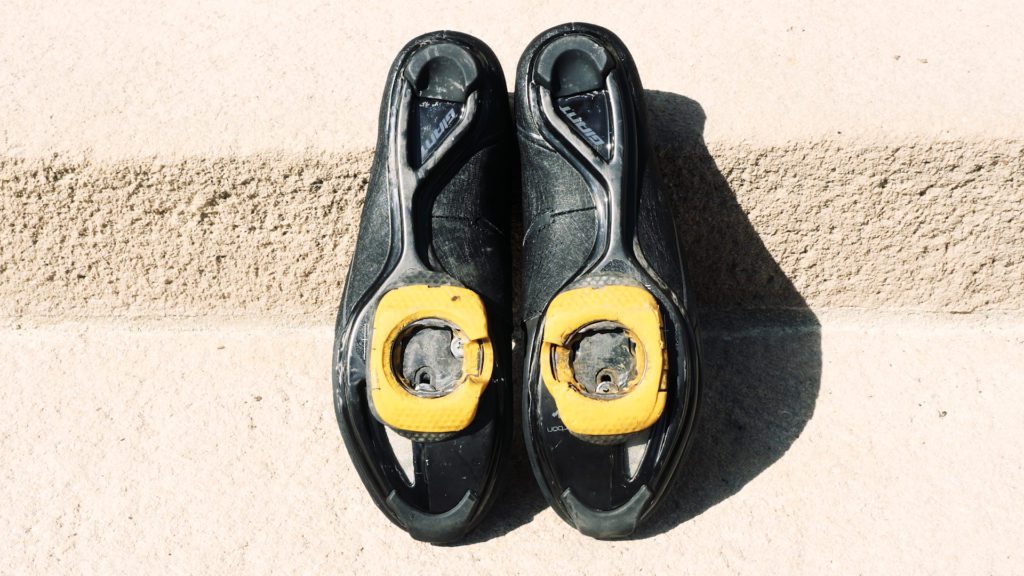 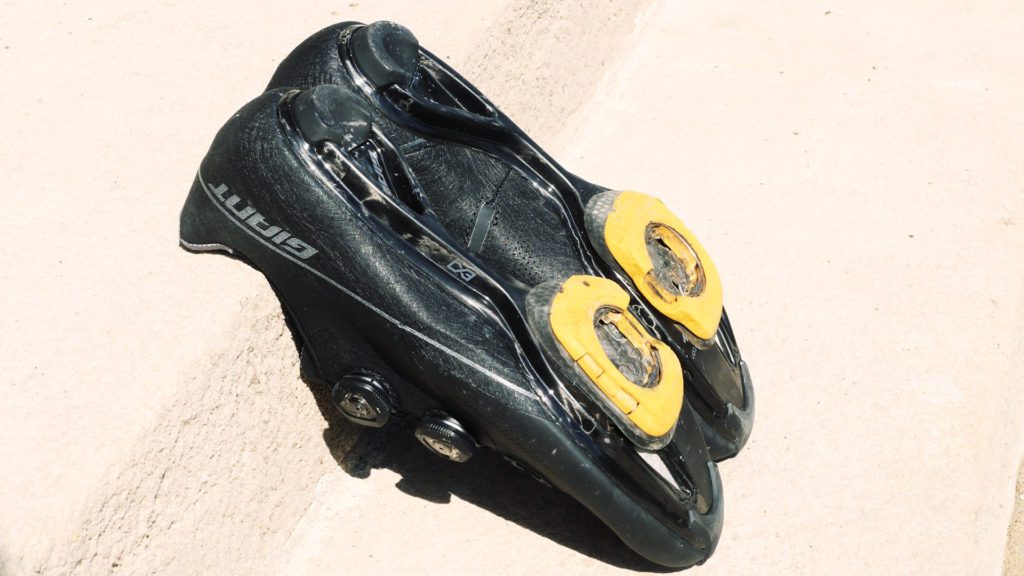 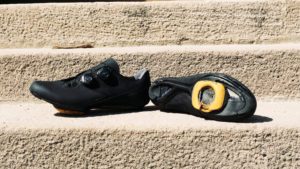 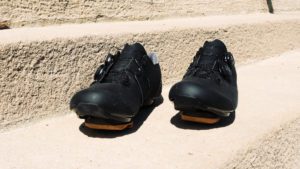 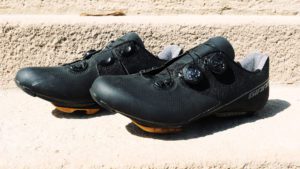 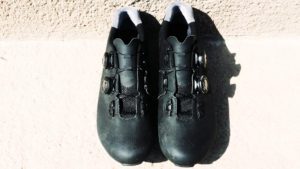 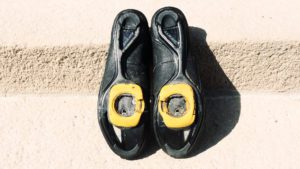 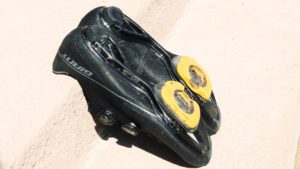 This shoe feels great out of the box. With arch-support options, two BOA dials to snug things up in conjunction with the ExoWrap, which not only pulls down on the foot (as most fastening systems do) but up as well. The uppers are made from polyurethane synthetic leather, which is soft and comfortable and is perforated for comfort on warmer days. Additionally, the Surge uses SharkSkin inside the heel tab, so that your heel slides in easily, but stays put as the material grips your sock when you pull upward.

My first impression of the shoe was that it fit loosely, but that was simply a case of getting used to the BOA system. After a few outings, I found the correct tension. This shoe is very light, very comfortable. As Giant’s top of the line shoe, it’s not only works for pro team CCC Team, but it will help you power your bike along the flats and up the climbs. (giant-bicycles.com, $420, 243 g [Size 43])