Garmin has just released upgraded versions of its most advanced bike computer and its most affordable bike computer. The Edge 1030 Plus and Edge 130 Plus are packed with training features that give cyclists real time feedback and performance insights. Although many of the attributes are the same as the non-Plus versions, Garmin has brought some of its more complex functionalities to the forefront, expanding on them and streamlining the user experience.

The compact Edge 130 Plus features a button design and a colourless 1.8 inch display, whereas the larger Edge 1030 Plus offers a 3.5 inch touchscreen display that the company says is quick and responsive–even when wet or used with gloves.

One of the major focuses of the ‘Plus’ models is workouts. The devices, designed for year-round riding, allow cyclists to sync indoor and outdoor workouts automatically to their device from Garmin Connect or other training apps, including TrainingPeaks and TrainerRoad. They use Vo2 max, heart rate and power data for performance insights and pair easily with Tacx trainers for indoor rides.

The models both have metrics for road and off-road riding. Jump count, jump distance and hang time are made for mtb rides, while the ClimbPro feature, introduced by the app for some devices last year, lets riders see the remaining ascent and grade for each of their climbs when following a route or course.

The Edge 1030 was already touted by Garmin as the “ultimate connected GPS bike computer”, but the ‘Plus’ packs in even more functionality for rides on any kind of bike.

Preloaded Garmin Cycle Maps have wider coverage than before across the U.S. and Europe (no news on Canada yet) and include turn-by-turn navigation and alerts that notify riders of sharp curves ahead.

Users can now create new routes directly on the Edge 1030 Plus. They can also choose to pause route guidance and off course notifications if they want to explore in a different direction—and will be guided back to the route or ride-start location if they choose.

Some add on features from the connect IQ store are now fleshed out and come preloaded on the 1030 Plus. The Trailforks app places riders within a trail network in real time, and displays upcoming forks and trail details. For training, the device lets riders see how their body is holding up in different environments with heat and altitude acclimation and gives in-ride notifications when it’s time to refuel or rehydrate. 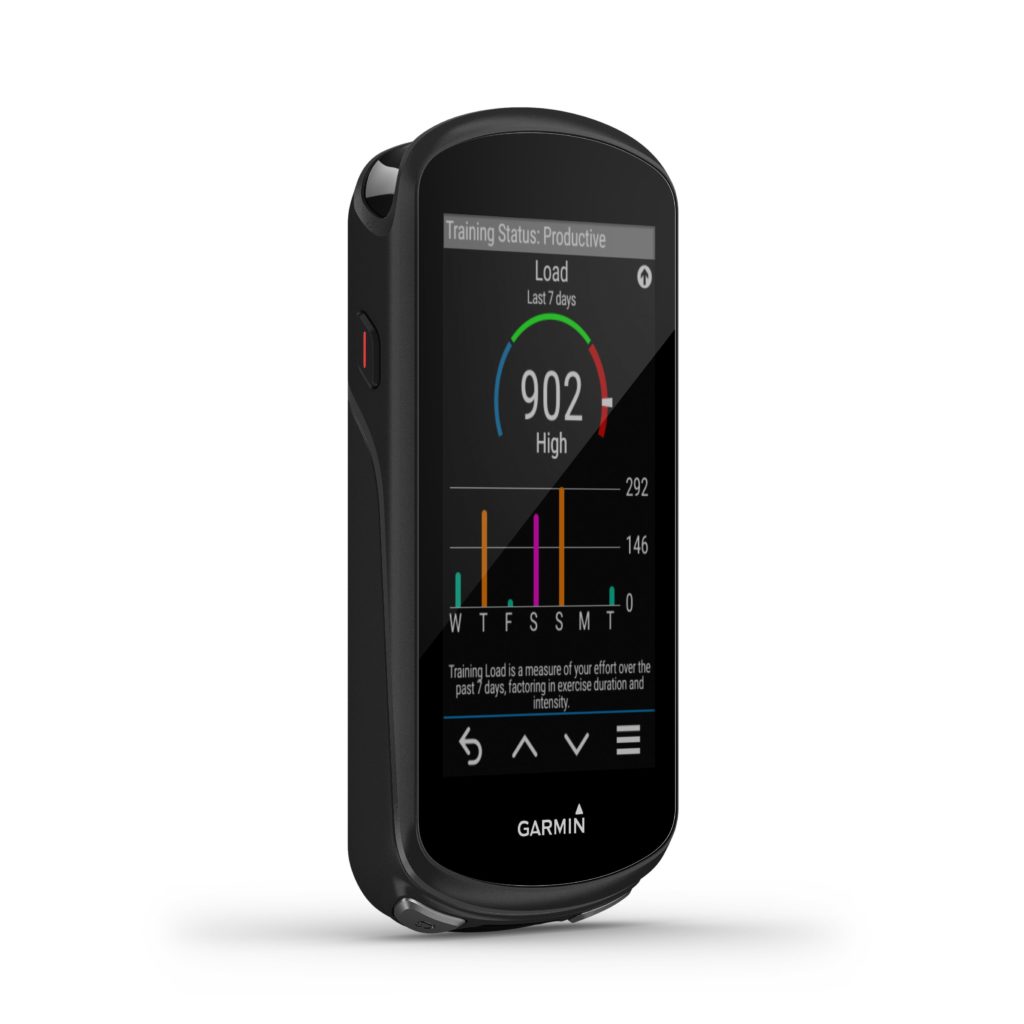 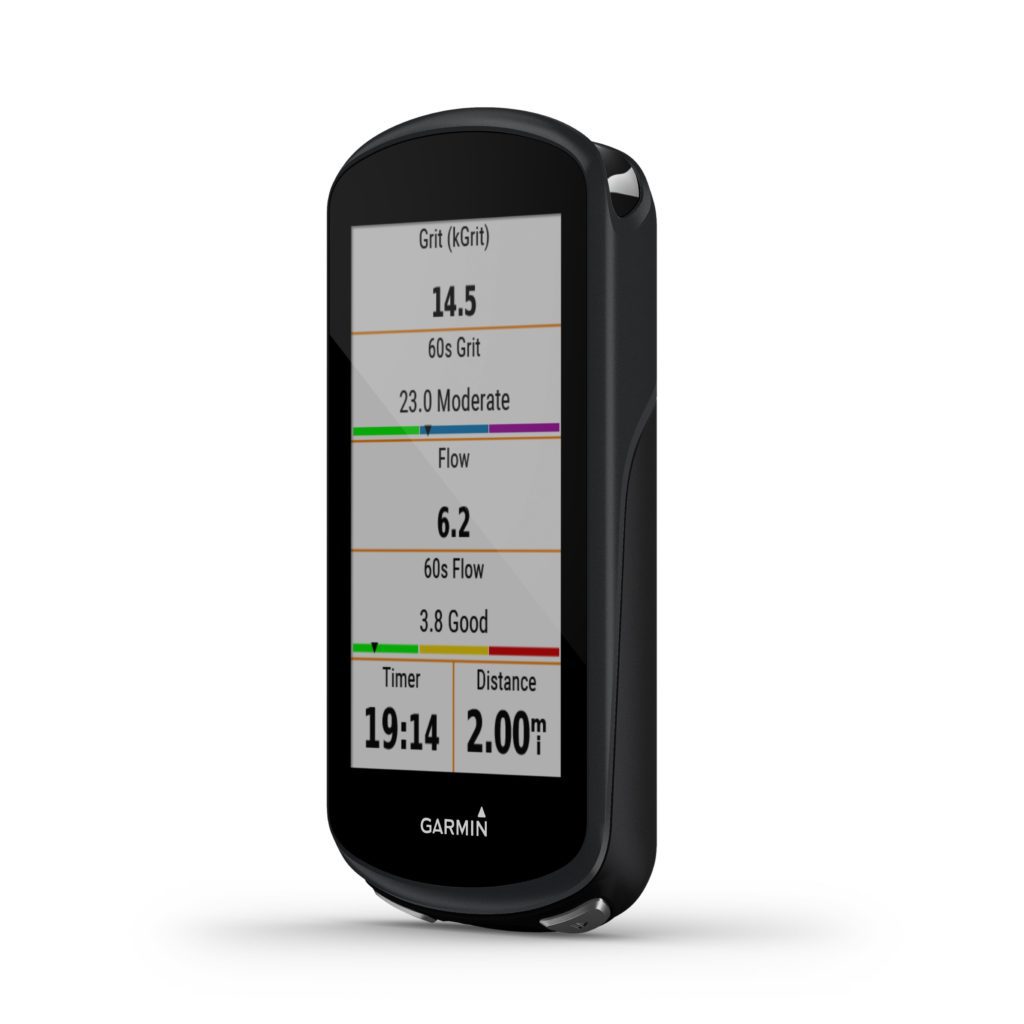 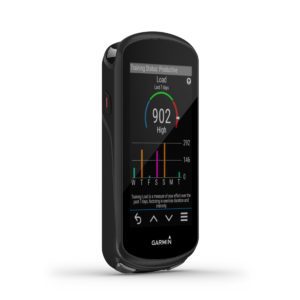 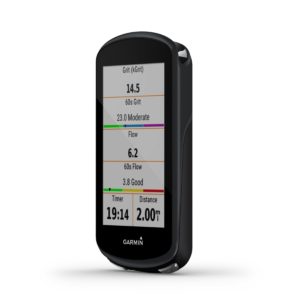 For data driven cyclists, Garmin will take in Vo2 max, recovery time, training load, training focus and more to see how a cyclist’s body is responding to efforts and will suggest daily workouts based on the information. They’ve also found more ways to quantify off-road riding—’Grit’, which rates the difficulty of a ride using GPS, elevation and accelerometer data, and ‘Flow’,which measures how smoothly a cyclist descends a trail.

The Garmin Edge 1030 Plus cuts down setup time, pre-populating custom ride profiles based on the previous Edge setting of a user (new riders will get popular profiles based on their sensors and ride types). The ease will be appreciated by many, but the type of rider to buy a bike computer with such a big lineup of features is likely to go through all the settings regardless.

It’s compatible with a number of other Garmin devices, such as the inReach, Garmin’s satellite communicator, and the Garmin Charge power pack, which will increase the 24 hour battery life to 48 hours.

The Garmin Edge 130 Plus

For riders who don’t need as many features as the 1030 Plus, the Edge 130 Plus uses straightforward breadcrumb trails to let them know where they’ve been and where they’re going. 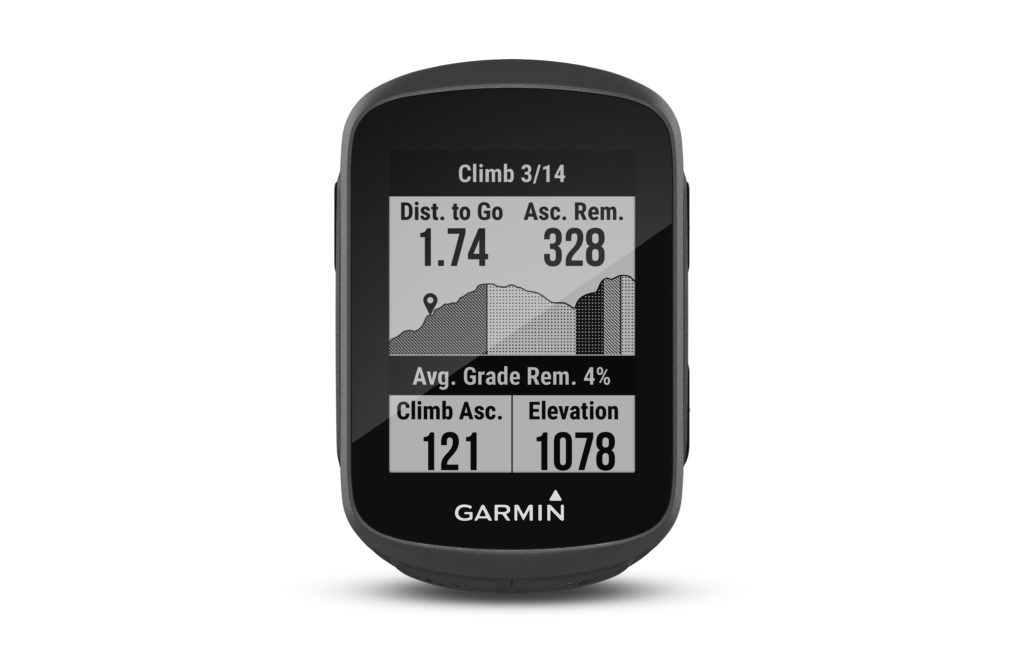 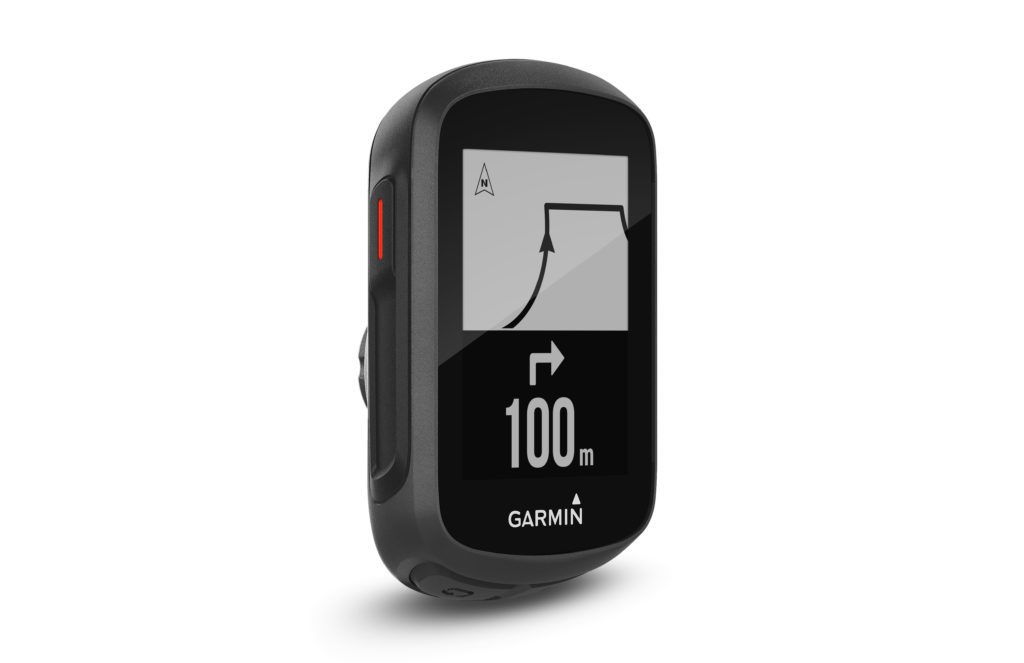 Breadcrumb mapping on the Garmin Edge 130 Plus 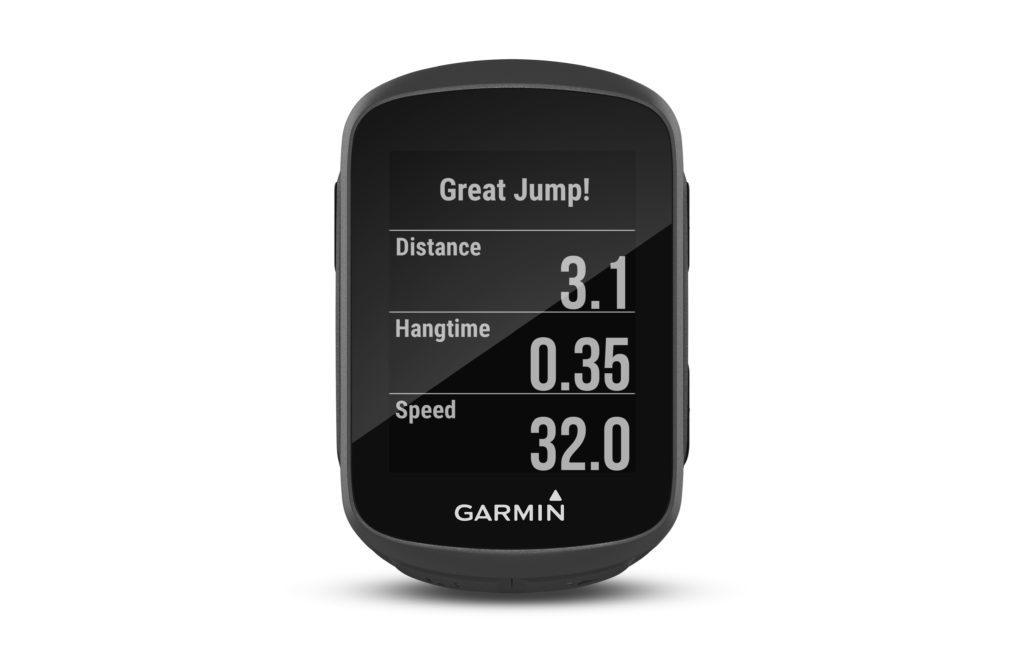 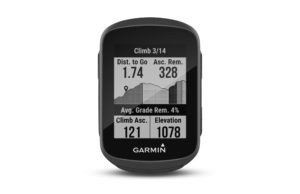 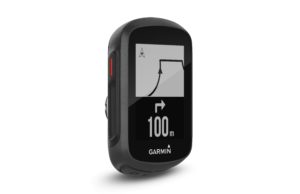 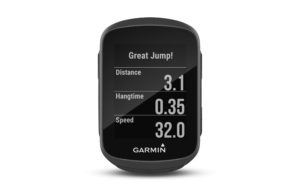 The device displays weather, text messages and will alert riders of imminent meteorological conditions. It features up to 12 hours of battery life while using GPS and up to 10 hours when using two sensors.

Like the 1030 Plus, the Edge 130 Plus includes incident detection, assistance and LiveTrack to let loved ones follow a cyclists’ real-time location and view their entire preplanned course to see where they’re headed. Both models are also compatible with the Garmin’s car-detecting Varia products.

“Big or small, the Edge 130 Plus and Edge 1030 Plus cycling computers are full of features for every type of rider–from the entry-level cyclist, to the adventurers and competitors,” said Dan Bartel, Garmin vice president of worldwide sales. “Boasting a combination of performance, navigation, awareness and connectivity features, these new GPS cycling computers make it easy for all riders to take their adventure to the next level.”