Massimo Gaiatto was born into the world of cycling. His family owned Brancale, a cycling shoe brand. In 1987 on the shore of Lake Como he and his partner Luciana Sala decided to focus on the opposite end of a cyclist and they founded a small company specializing in helmets.

Nowadays MET’s headquarters are located in Northern Italy’s Alps, not far from the lake where the company began. The business, although bigger, is still family run.

The small Italian municipality of Talamona, not far from famous climbs such as the Mortirolo pass is the ideal location for MET employees. “It’s a good place to ride and test the equipment when we’re not in quarantine,” says Ulysse Daessle, Media and PR at MET.

Testing helmets is an integral part of MET’s design philosophy. Unlike some other helmet brands, the company manages every stage of development. From initial computer designs to extensive safety testing, MET oversees the entire helmet production.

Helmet safety requirements vary throughout countries. There’s the ‘CEN’ norm for Europe, China and Canada, the ‘CPSC’ for the US and Canada and ‘AS/NZS’ as the Australian and New Zealand norms. All the standards vary and require different means of testing. MET engineers pick the highest standards of each norm and test the helmets against them in its internal lab.

MET’s unique lab allows the company to go beyond the standard level of safety verification. It seems appropriate for a helmet company surrounded by sweeping descents and hairpin turns to be hyper-conscious of the realities of crashes.

The company has pushed the norm for safety in a variety of helmets. MET fought for the inclusion of chin bar testing when downhill helmets are sent to the American Society for Testing and Materials (ASTM), and continues to advocate for higher standards of testing.

The creation of a helmet

Before a helmet hits the physical world, it is extensively tested with computer programs. Using impact modelling, designers can do virtual testing to ensure the helmets meet the various safety norms. Designers also use virtual heat management simulations, aerodynamic simulations, and work on the internal shape of the helmet before even having the first physical sample. This is also where MIPS is integrated and exclusive features like the MCR mechanism with Fidlock are developed. There’s a fine balance between impact performance, weight and aerodynamics, but once designers are confident that the creation hits all three the first samples are made and set for batch testing. 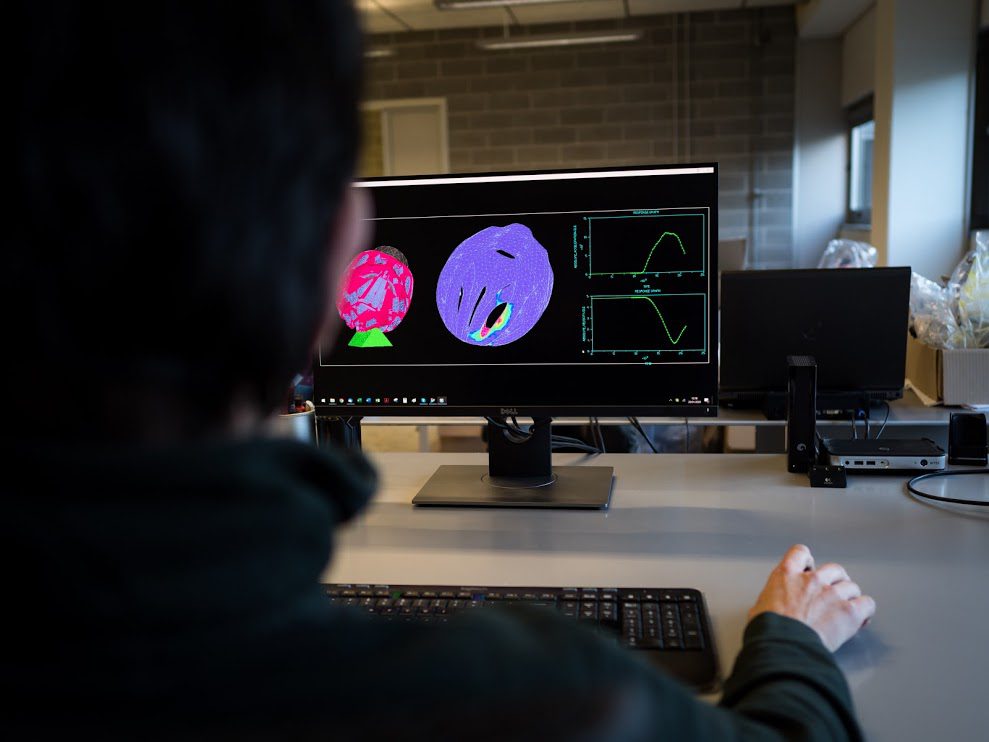 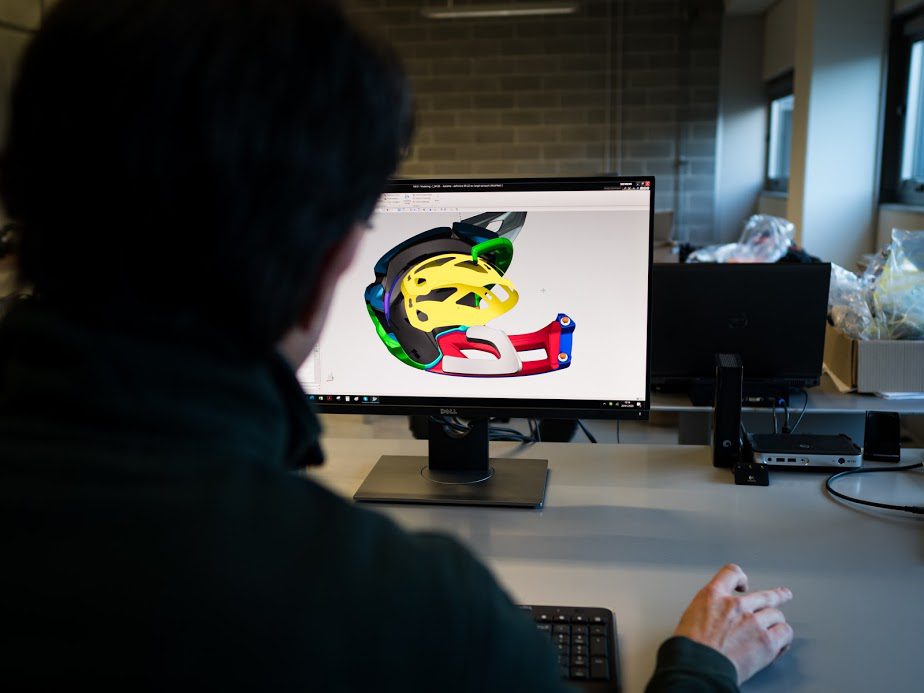 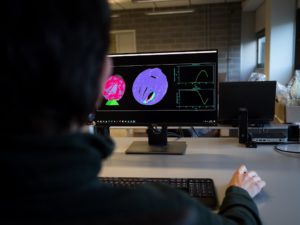 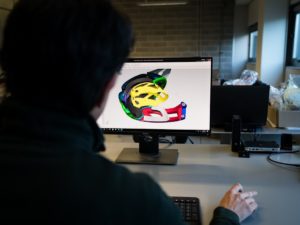 In what sounds like a very fun job, a few MET workers are employed full time to smash helmets and test how they react to the impact. Before a MET helmet is sent to be safety certified by all the different standards, the company will have gone through around 700 impact tests on the samples. 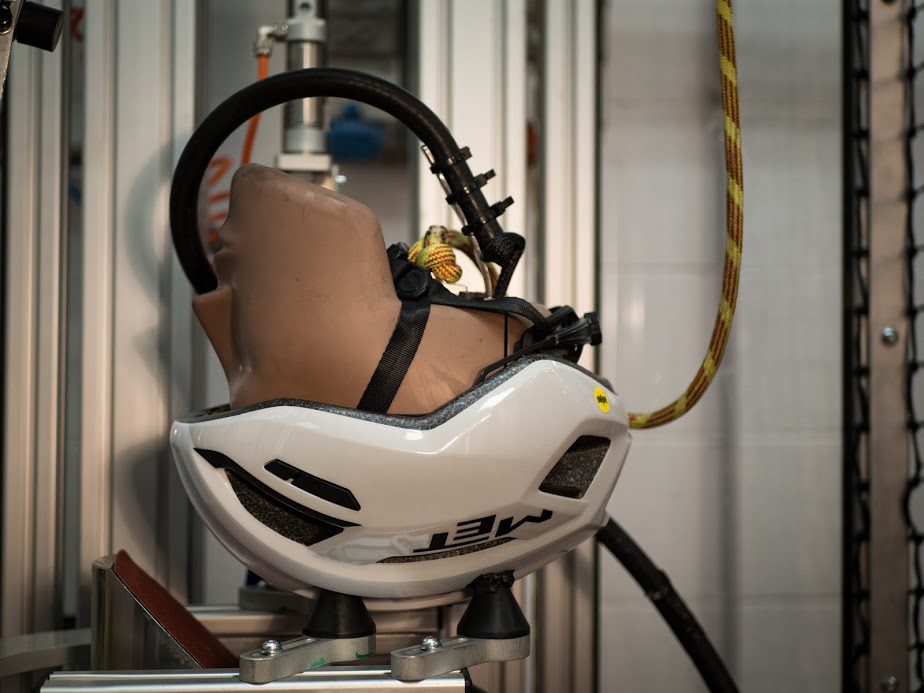 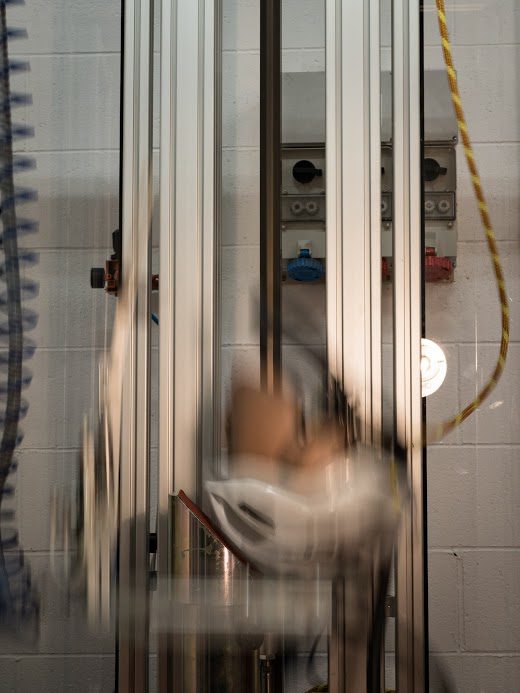 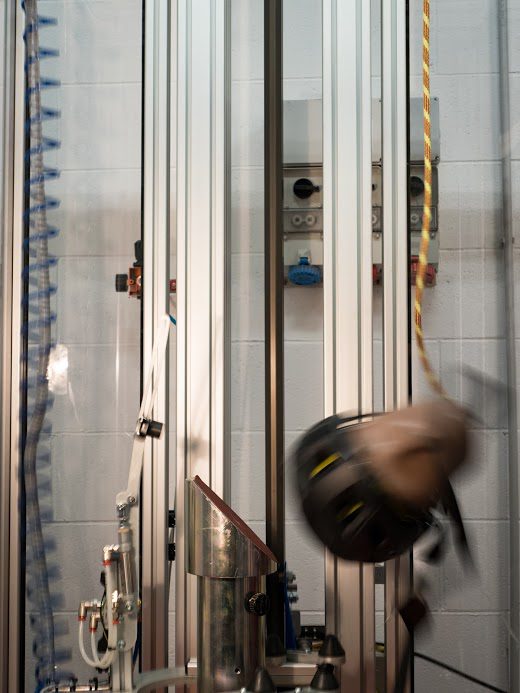 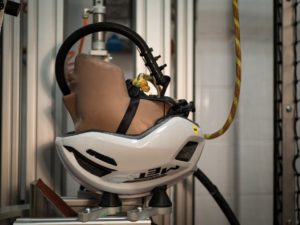 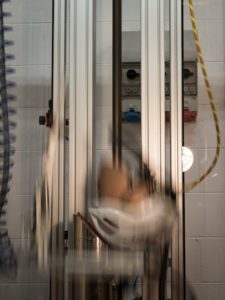 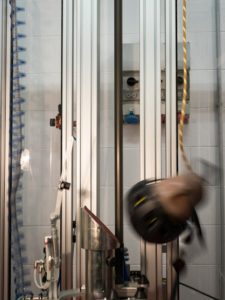 For road cycling, marginal gains are key. MET first tests helmet aerodynamics by computer simulations, then in the physical world.

Aerodynamic testing is often done with just a mannequin head, but MET has discovered that, (particularly for triathlon and time trial helmets) including a rider’s shoulders in testing makes a big difference in the results.

MET also does lab testing with real athletes. On-athlete tests allow the engineers to fine-tune the positioning of the helmet and test aspects such as how it dissipates the air flow, how it performs during a solo sprint and how it performs when the rider is tucked inside a pack. For example, some helmets with super-long tails may perform well when tested on plastic forms, but when a real athlete puts them on the position will be unnatural and will result in more harm than good.

Testing doesn’t end when the helmet is sold. If a customer’s MET helmet is damaged in an accident within two years of the original date of purchase, the company will replace it at a reduced cost.

When customers send in a crashed helmet, it’s brought to the lab to be analyzed. The points of impact are put into a database used by engineers to inform how future helmets are crash tested.

Sponsored MET athletes, from road to downhill, also contribute by providing data on crashes. Records from the athletes of how the crash happened can be particularly helpful in guiding future safety design.

This cycle of using information from past helmets to improve future helmets speaks to the MET’s classic Italian virtue of crafting one specific product, in this case helmets, and perfecting it to its highest possible form.