Cyclocross has come a long way. Toe clips, barcons and steel bikes are all relics of the past. Although many of the vintage ‘cross bikes are things of beauty, they pale in comparison to the lightweight machines of today. And before, dear reader, you think (as some of the comments in my cheeky, satirical “Old bikes suck” piece suggest) that this is not some sort of ploy to try and get you to buy new ‘cross bikes, I assure you that’s not the case. 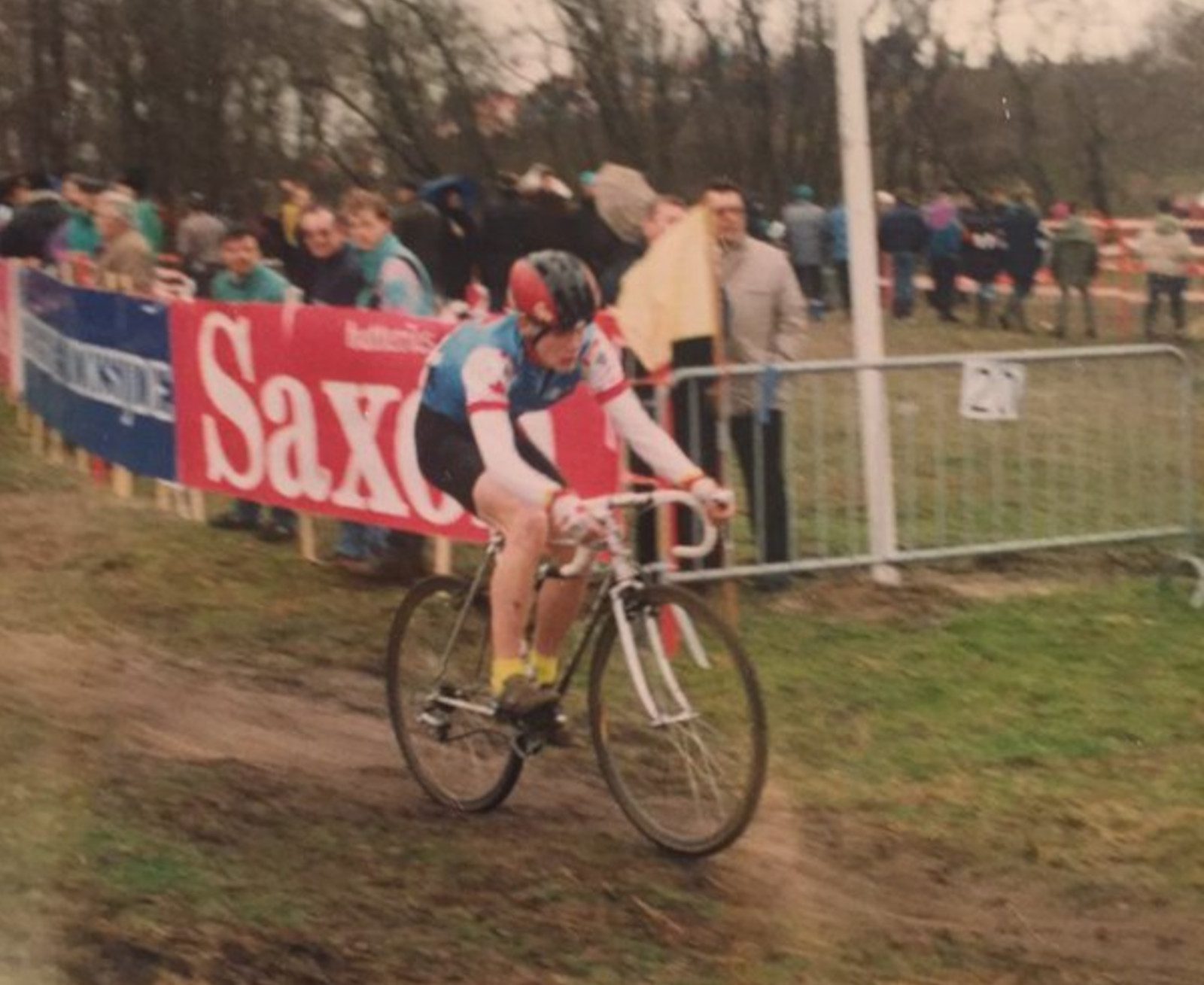 If anything, if you’re like Uncle Matt, you cherish your old Alan or steel rig. But by cherish, I mean it hangs in the basement in your shrine to vintage rides. I wouldn’t race on my old Alan if you paid me to. 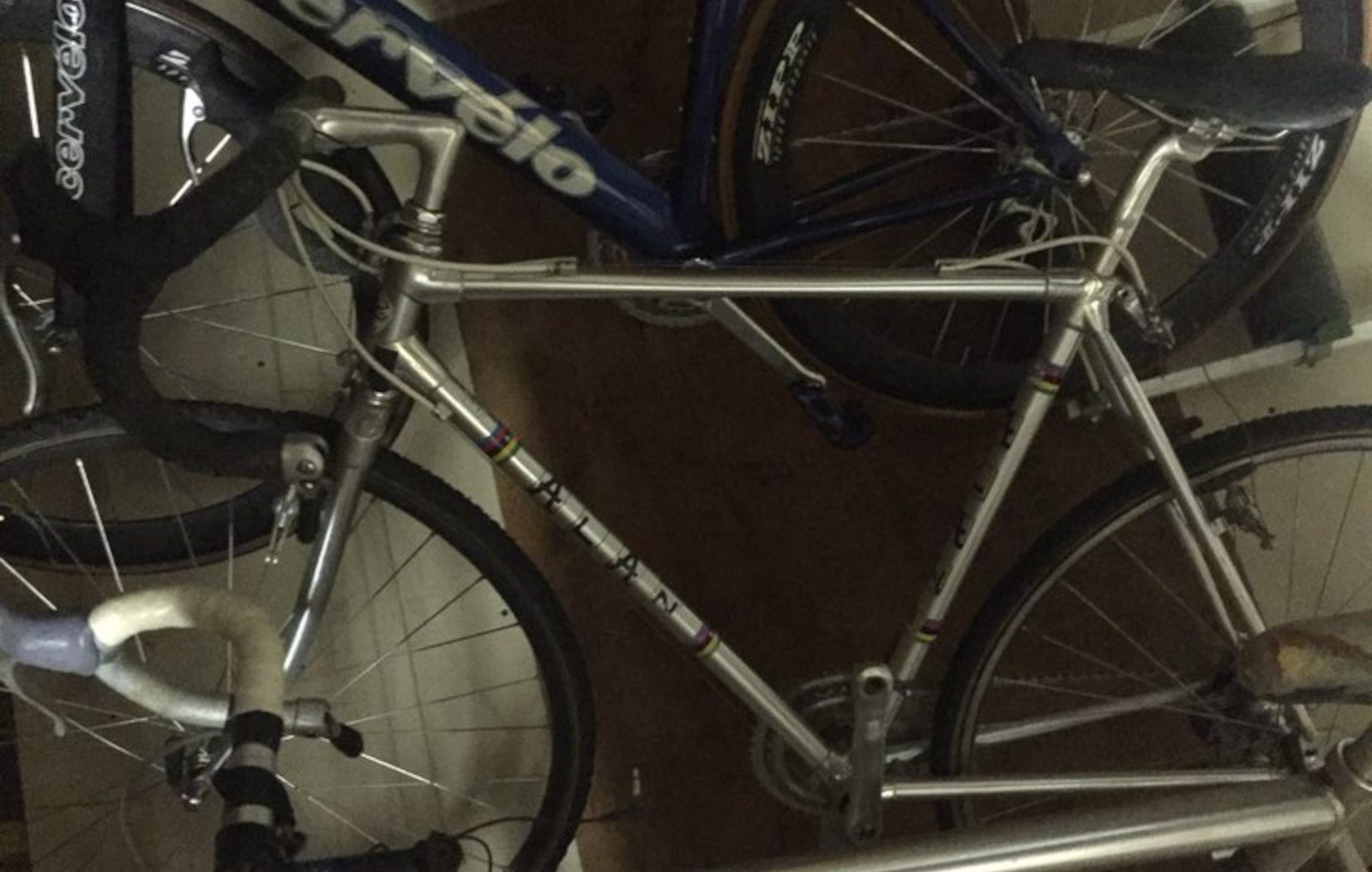 30-40 years ago in Canada, it wasn’t exactly an easy feat to even procure a ‘cross bike. If you were lucky and knew a shop which carried ‘cross machines, you could get a nice steel ride, with cantilever brakes and bar-end shifters. But for many of us, our first cyclocross bike might be an old road bike that you’d squeeze in some fatter tires, with little-to-no tire clearance, or something you found at a garage sale. Some people would use what was basically a hybrid bike, that might not even have canti brakes. But you made it work.

Of course, if you were serious, you’d get yourself a quality steel bike. If you were really serious, you’d get an Alan, which was the dominant ‘cross bike for decades. Those steel bikes were great–bombproof–but they also weighed about as much as a nuke. Carrying those things up hills for an hour usually meant you had a dent in your shoulder after the race. Of course a benefit to a steel bike would be that if you did somehow break it, you could always weld it back. My brother broke his Cyclops ‘cross bike the night before a race and our relative managed to weld it at 9 pm on a Saturday.

Vintage cyclocross bikes.
I wasted the morning looking at them. I started the morning thinking Alan 1×6 was the best… moving towards the Gios 2×6 now.
Anyone got a vintage CX bike obsession? pic.twitter.com/h8gfpKx5DM

The Alans were most popular for pros as they were featherweight. Almost all the top pros would use them in the ‘80s, often rebadged as a Guerciotti or whatever their team sponsor was. There was an aluminum bonded and lugged version, and then the crème de la crème was the lugged carbon version. They looked cool, and you could hoist them over your shoulder, dent-free. The only problem was they were super-whippy and flexy. But that was the compromise with such a light machine. One fall before the ‘cross season began I did a time trial on my Alan and was amazed–even back then–how much flex there was in the thing. The other problem was that sometimes the bonds might fail and the lugs could crack. 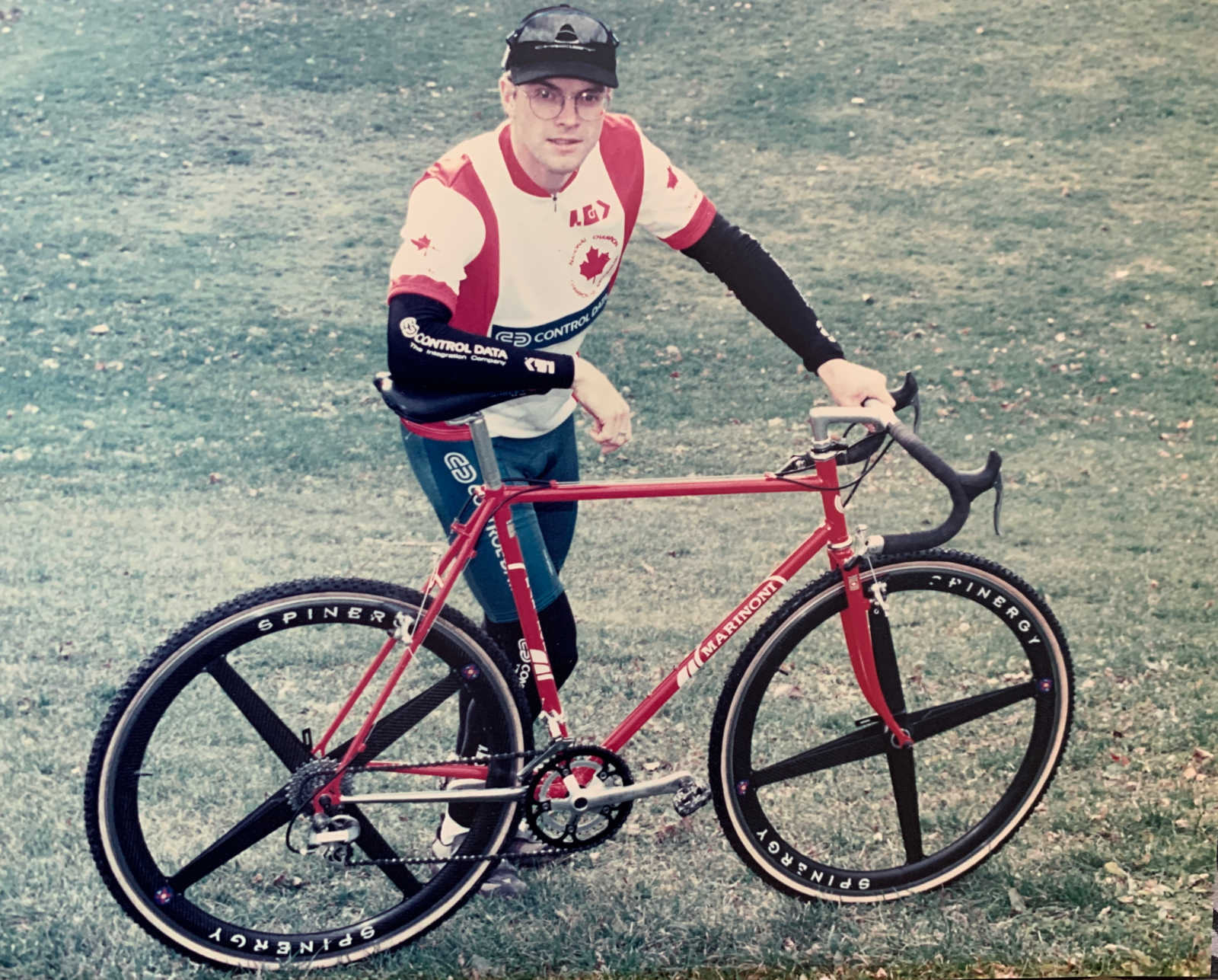 But frames aside, the worst part of ‘cross in the old days were the toe clips. Some riders were better than others at doing the little flick to get your foot in the pedal, but back then it felt like you raced half of the race with your foot pedalling on the underside of the pedal, with the clips dragging along. Back then you didn’t have much choice of shoes, but if you were lucky, you’d be able to find a pair of Rivat or Sidi kicks. When Shimano launched SPD pedals, it completely changed everything. You’d be able to actually clip in and pedal, up and down the hills. The power transfer riding up a steep hill was incredible.

There were a few wild years in ‘cross in the 1990s where tri-spokes or four-spokes, or Spinergies, were ubiquitous. There were even some who experimented with disc wheels in races, similar to what John Tomac did in mountain biking.

Canti brakes worked well enough–of course disc brakes nowadays are superior–but when Shimano launched STI, it was always difficult to get either the mountain bike specific cantis, or later V-brakes, to work properly with the levers. 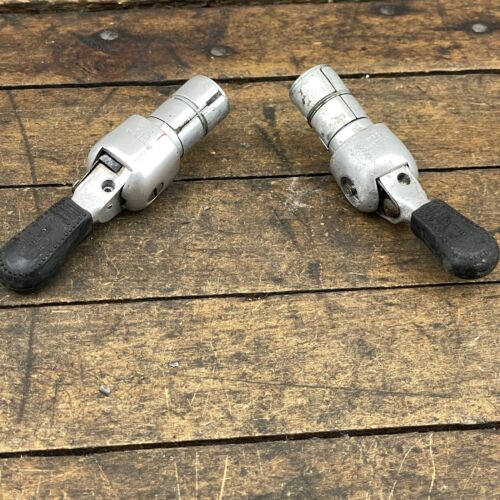 Speaking of STI, that sure made shifting better for ‘cross. Barcons worked well enough–indexed was far better than the earlier friction versions, where you’d have to very tenderly move the little lever to make sure you were in the cog–but STI meant you could keep your hands on the brakes at all times.

The old ‘cross bikes were a thing of beauty, but it’s pretty wild to see how far tech has come.