I tested the Rally RS200 SPD-SL pedals, which I was cautiously optimistic about. I generally ride with Shimano pedals, so I was excited to test a power pedal that would work with my standard cleats. That being said, I knew that Garmin historically had some issues with power dropouts in these pedals so I wanted to keep a keen eye on their progress with the issue. With just one bump in the road, the pedals did perform as they should.

The biggest difference between the Garmin Rally series and the company’s Look Keo-style Vector 3 pedals is the addition of two pedal body styles (SPD and SPD-SL), which can be swapped out using a ‘conversion kit’. The pedals’ spindle fits with all three new pedal body types and the Vector 3. What this means is that, paying much less than a new power meter for a conversion kit, you can switch from road to off-road pedals with the same spindle body. 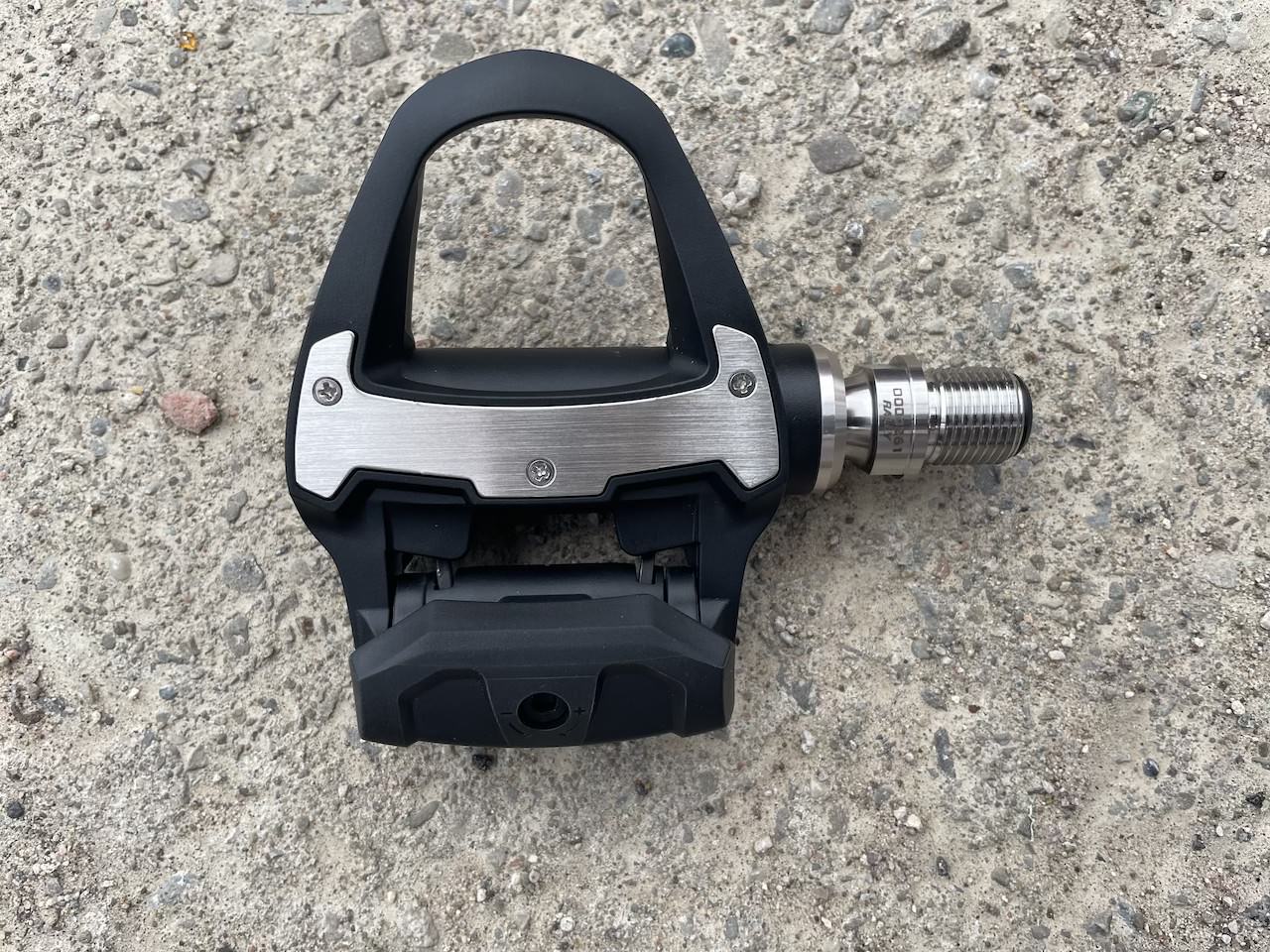 The spindle body itself has some slight upgrades from the previous generation, which improves the battery life.

When I installed the pedals, I was in a big rush to get a ride in before the rain. I figured I would put them on, spend a few minutes trying to connect them and if there were issues I’d deal with it when I got home. To my surprise the pedals connected seamlessly to my Garmin, which already had my crank length information saved (important for accurate readings). 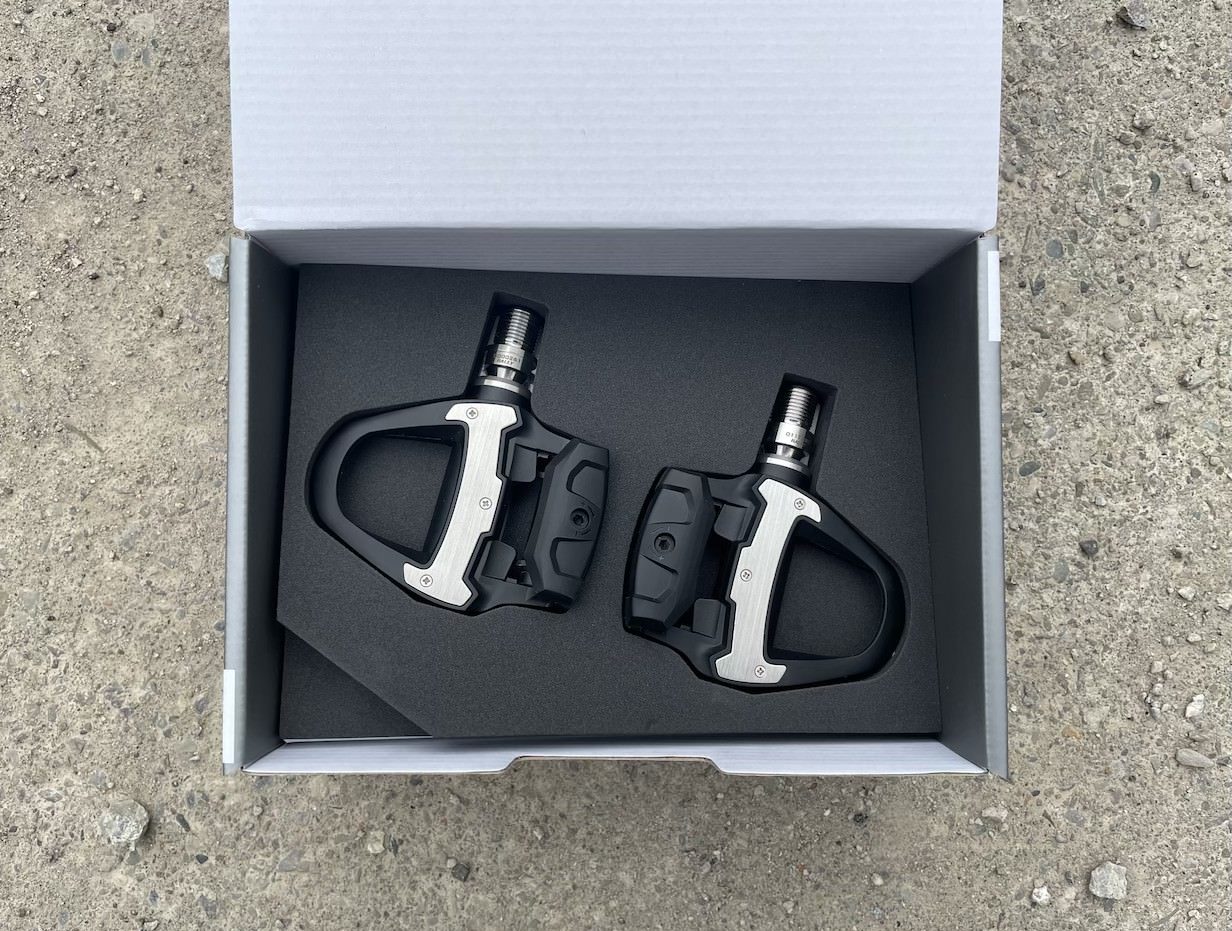 I was very interested in the cycling dynamics offered by Garmin with the pedals, as I’d been tweaking my cleat positioning for months. The pedals offer a “Platform Center Offset” feature, which calculates how force is distributed across the pedal platform during the pedal stroke. You can choose to see this feature and other cycling dynamics such as right/left balance live on compatible Garmin bike computers, which can be surprisingly interesting to watch.

The Vector pedal series was plagued with battery issues, water damage and complaints of power spikes. Garmin has opted for a fresh start, dropping the ‘Vector’ name for the three new ‘Rally’ pedals.

I was about 120km in to a ride when my power, which had been reading fine the whole time, suddenly dropped to zero. I pulled over and tried everything I could think of to reconnect (outside of ending the ride): Calibrating the pedals and connecting and disconnecting them from the bike computer manually. Aside from a few spikes (3,000 and 6,000 watts) I had no power for the rest of the ride. 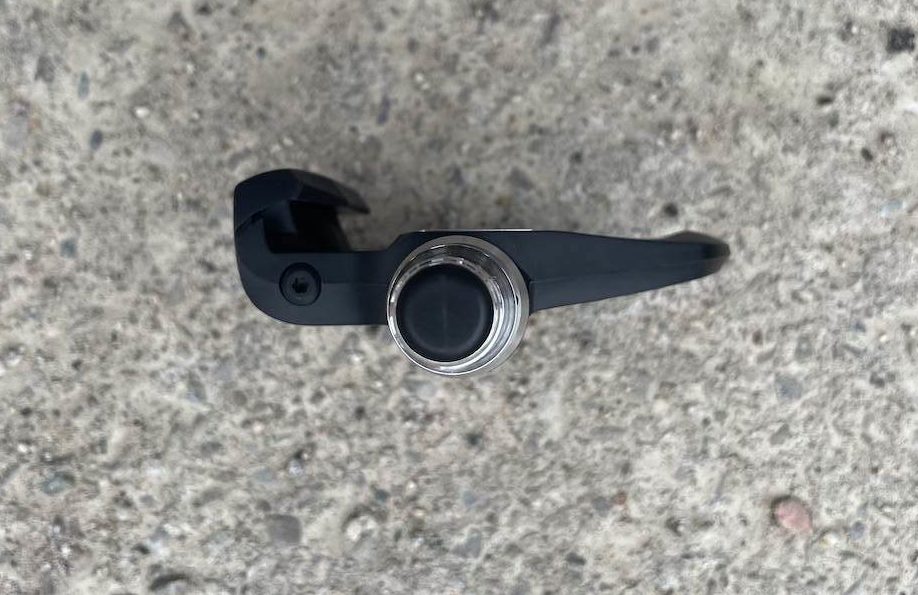 When I got home I connected the pedals to my phone via the Garmin connect app and realized there was a firmware update. Normally, these updates are pushed through the bike computer but the pedals weren’t officially out yet so the process was a bit different. With the update, the RS200s renamed themselves and worked without issue for the rest of the rides I took them on.

The Vector’s plastic cap has been replaced with a redesigned threaded metal cap, which should put an end to the dropout issues some Vector users had. After about 80 hours of riding the CR1-3N batteries are still holding out fine—Garmin says they should last 120 hours. I like that they last longer than the rechargeable Favero Assioma pedals, but I don’t have any of the Rallys’ slightly uncommon battery size kicking around at home (I could stack LR44 batteries but CR1-3N are recommended.) 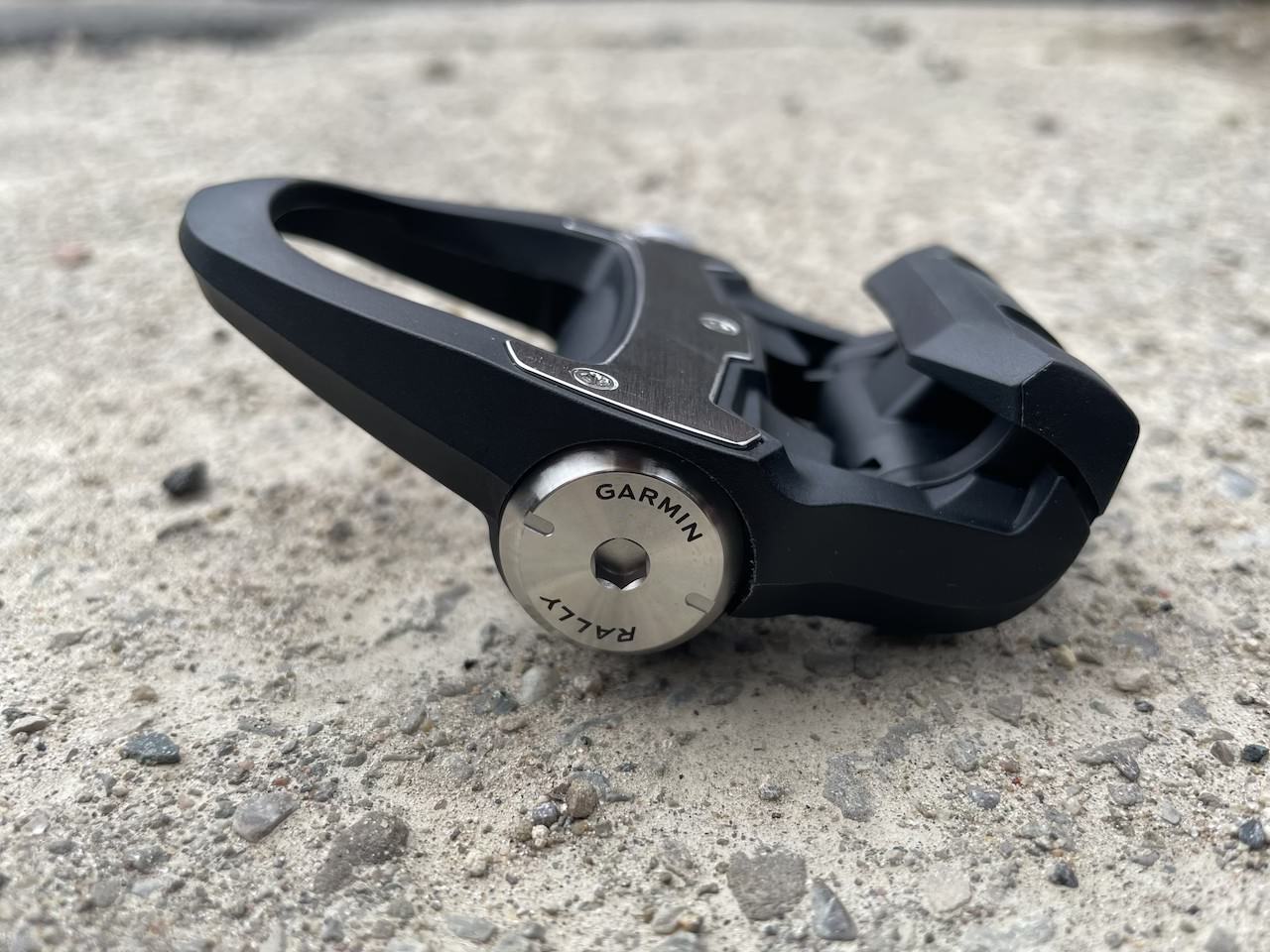 In terms of actual power readings, the Rally RS200s read pretty consistently about 2.8 per cent lower than my Tacx Neo 2T trainer.

Cost-wise, the Rally RS200s are slightly more than the closest competitor, the Favero Assioma Duo, which cost about $1,000. As with most bike gear, many will still be willing to pay the premium—these are the only option for an SPD-SL power meter, and, with the added conversion possibilities, the value also increases.

These pedals aren’t part of a proprietary, Apple-style ecosystem (you can still connect them to your Wahoo) but they do incentivise cyclists to stay with the brand by offering “two” power meters for less than market cost. As gravel grows in popularity and training with power begins to be marketed towards the off-road crowd, the Rally XC SPD series will appeal to many. 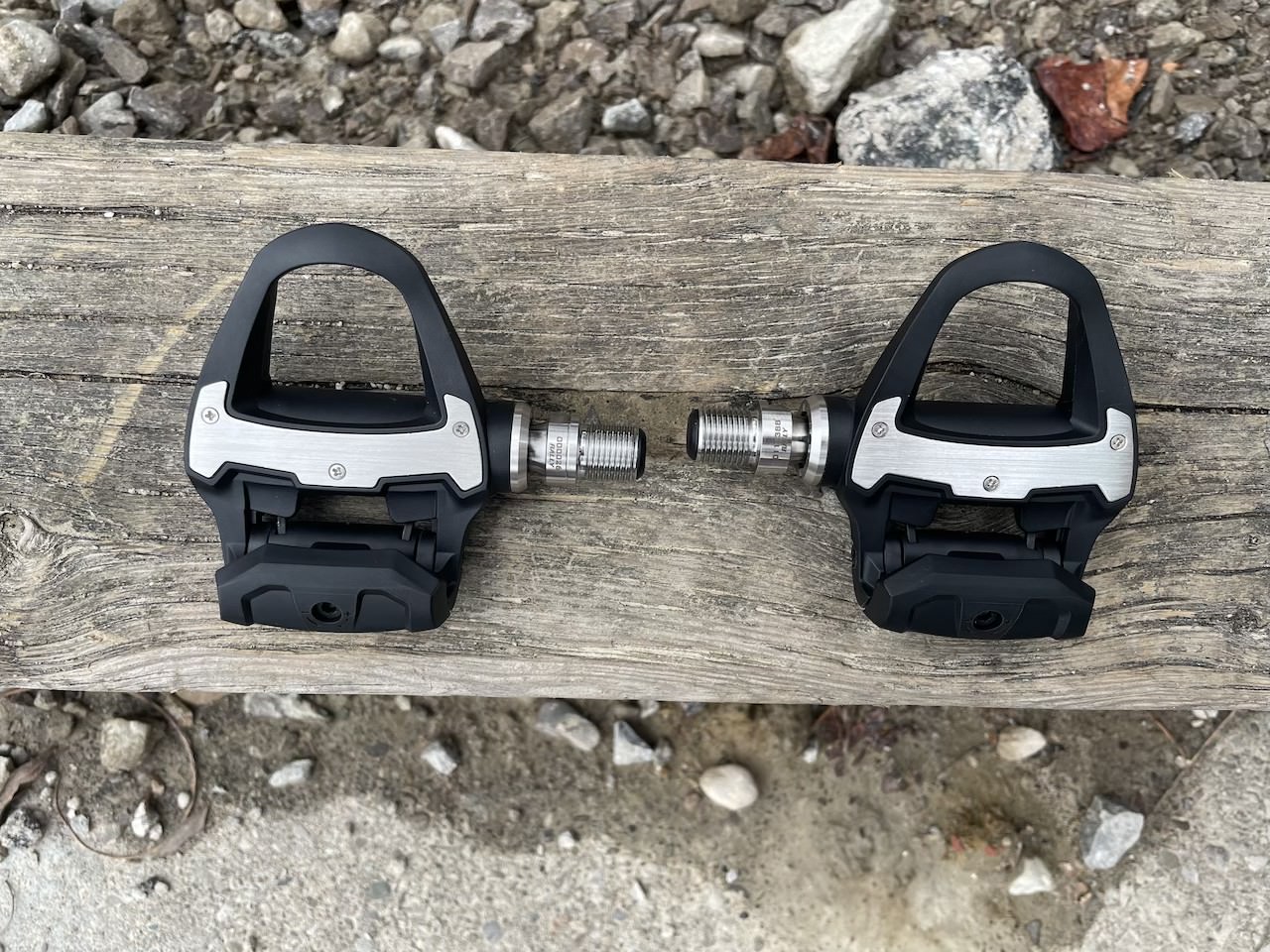 With a redesigned battery port, now-reliable power readings and the added benefit of being able to swap out the pedal body, the Rally power meter pedals are a real option for the N+1 cyclist.