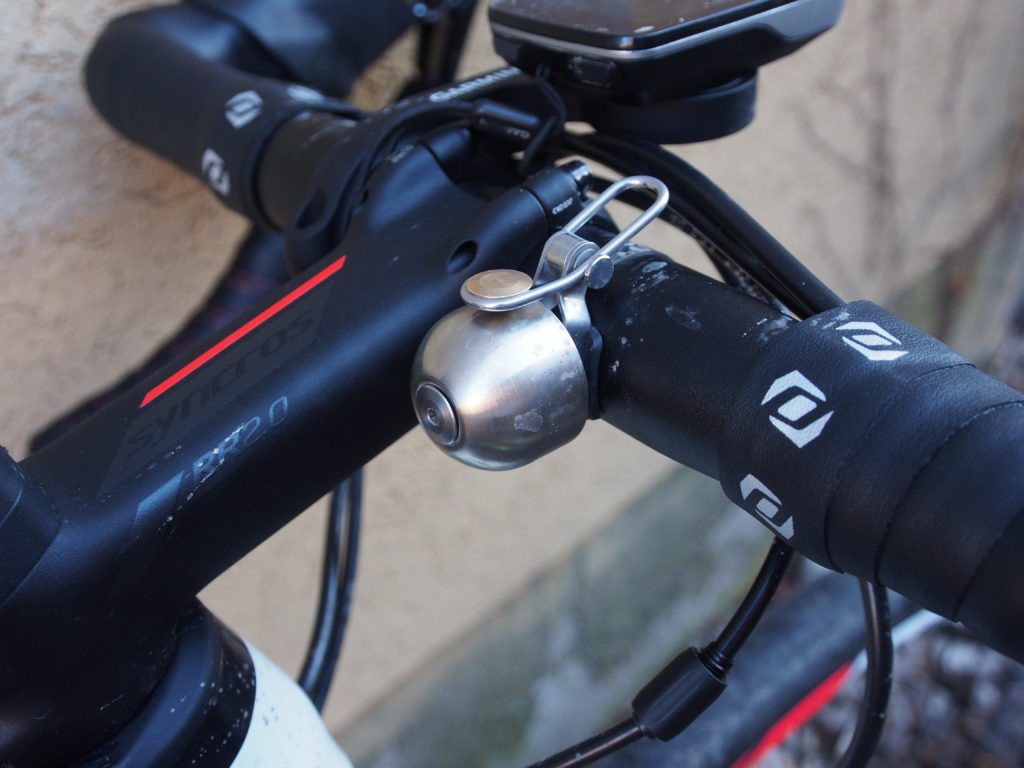 Ever thought you’d be excited to put a bell on your carbon road bike? No, me neither. That is until I started using Spurcycle’s which convinced me that despite my hesitance to embrace riding with a bell, it could be done in style.

I’ve never really been excited by a bike bell. They are often clunky, poorly built, cheap and ugly. The Spurcycle bell is different though and for the first time may have successfully made bike bells desirable for more than just a functional purpose.

The bell comes in a little box. The Spurcycle raw brass and stainless steel bell is a thing of beauty and I was admittedly excited to put it on my bike. It is available in a black or raw finish and looks like it belongs on a prized bike instead of your run down commuter. It has a distinctive dome shape and is pleasantly compact. The striker is nicely built and easy to find even through thick winter gloves. The bell is mounted using a 2.5 mm hex key and comes with two straps allowing you to mount it on bars 22.2 to 31.8 mm in diameter. The metal bands which hold the bell in place could potential scratch bars if inadvertently moved around and it would have been nice if the bell came with some sort of padding to prevent this some happening. 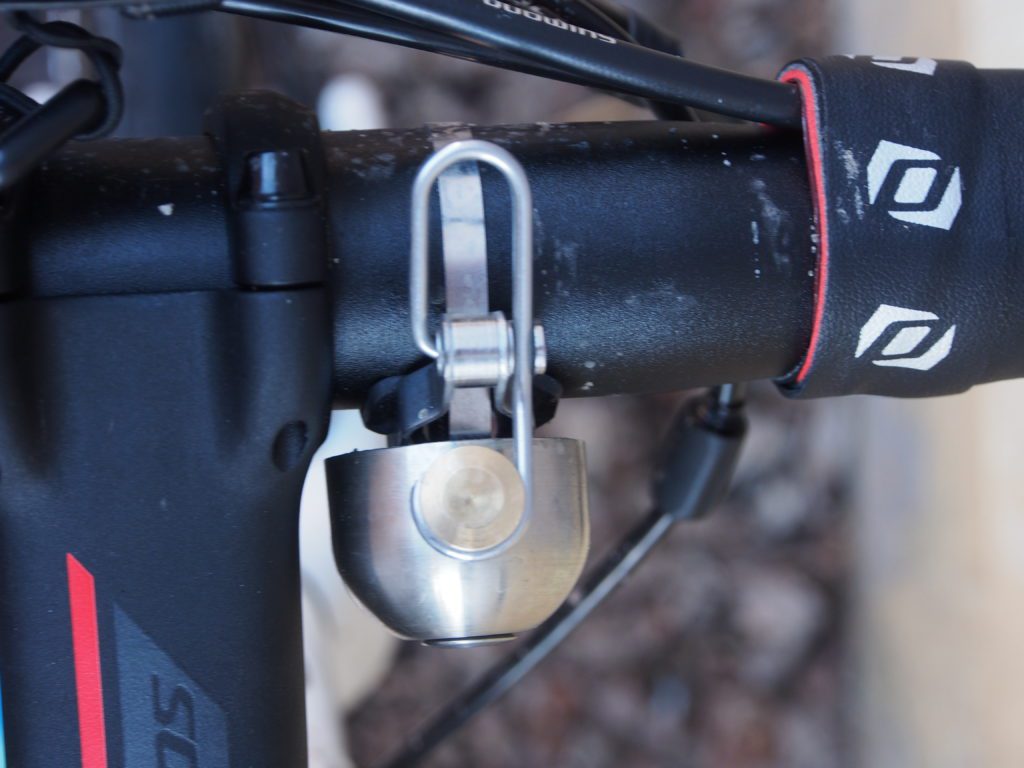 First, it went on my winter commuter and I came to appreciate it’s functionality. Now, I have heard plenty of bells ring out, some louder than others. The long lasting ring on the Spurcycle bell sounds like it was fine-tuned in a studio. Not only is it loud, long-lasting but it’s also like no other bike bell you’ve heard. It’s hard to go unnoticed when it rings out.

I rode with the bell in weather foul and otherwise. Even when my bike was covered in snow or ice the bell never lost its ring. It was reassuring to know I could get noticed with one ring but when things got dicey it was also effective when rung a number of times in succession. After using the bell on my commuter I felt comfortable switching it over to my mountain bike. There it served to notify pedestrians and dog walkers of my approach. When I rang it I never felt obnoxious or impolite because the sound is actually, dare I say, somewhat pleasing.

When I got out on the road on racy carbon the bell came with me. The bell didn’t seem out of place on any bike. It’s not only an extremely functional and high-quality bell that serves a functional purpose, it’s an accessory that I wanted with me. 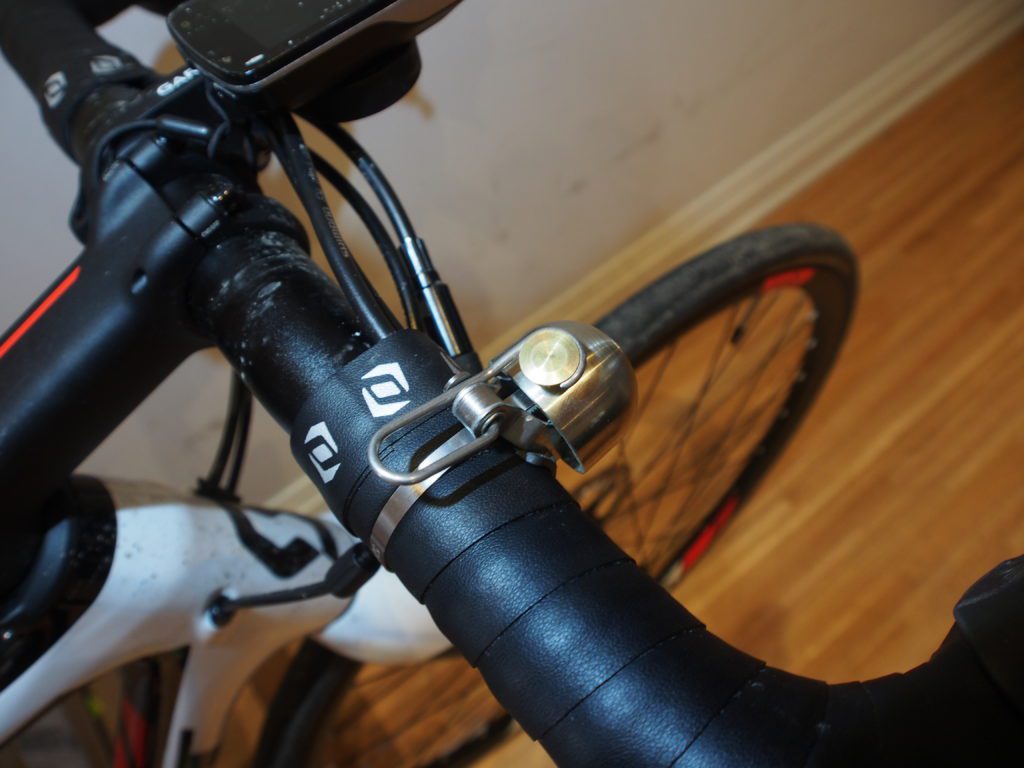 There are different ways to mount the bell depending on your preference and bike. On my mountain bike it went right next to my shifter slightly tilted forward. On the commuter I had it facing forward so on the tops it was easy to reach. On the road bike I placed it facing towards me a little closer to the stem where it didn’t get in the way of places I like resting my hands but was never far to reach.

The Spurcycle bell shines because of its minimal and high-quality construction but don’t let that distract you from the fact it also is extremely functional. The bell is available online from Spurcycle for US$49. Some shops in Canada may have them in stock.