A bicycle is a work of art. From its flowing lines, to its tapered tubes and shiny surfaces; any cyclist knows that a beautiful ride is more than just a machine. For artist Bradley Harms, the integration of a bike into his art practice was a simple, but elegant, extension. Harms recently collaborated with Chapter2 bicycles, creating a special version of their KOKO aero road bike.

Bradley Harms’ artwork is a perfect fit for Chapter2 merging art with technical performance. Each of the lines used in the artwork that has inspired this creation is hand-drawn and layered to create a beautiful and dynamic piece of contemporary art. 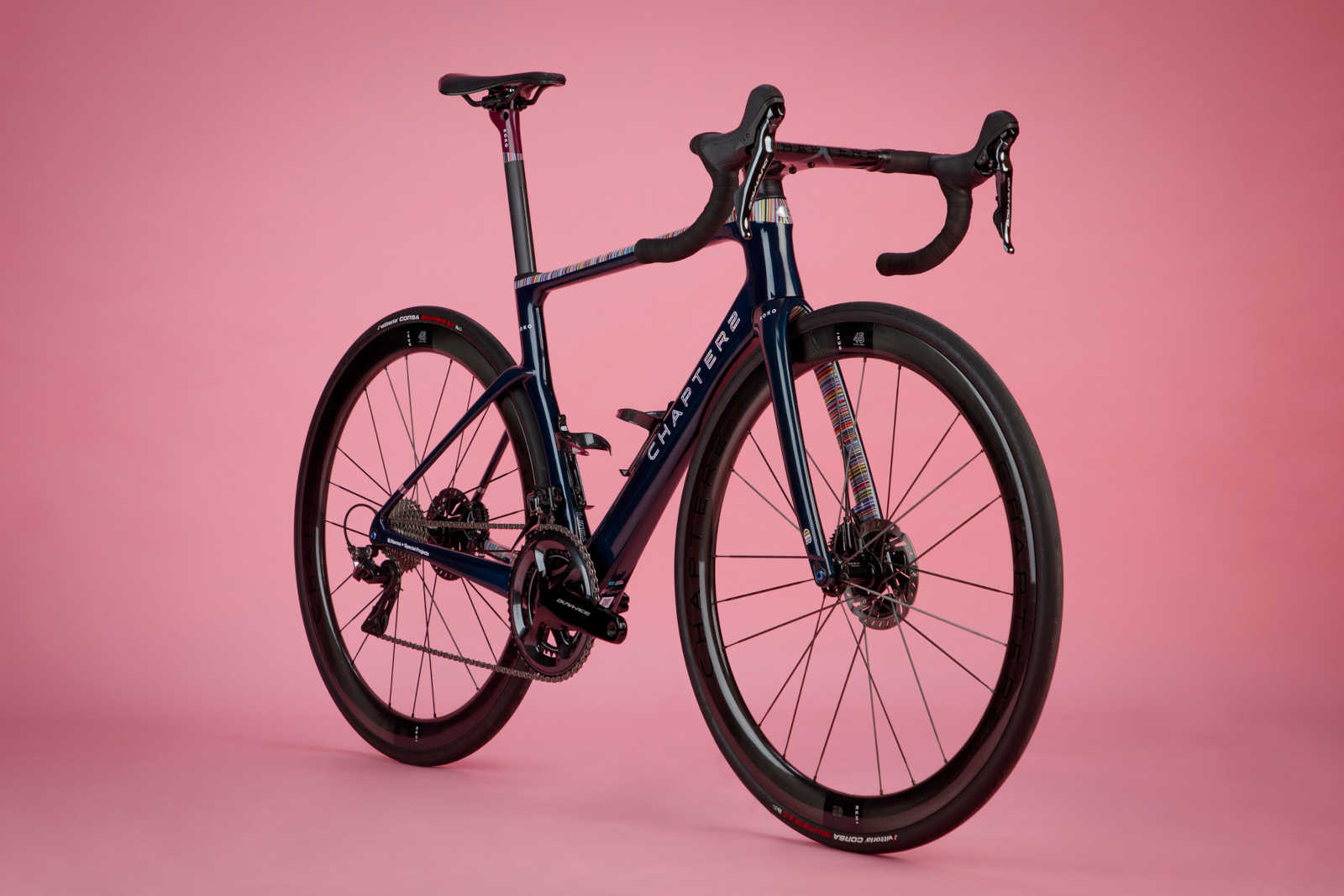 Harms is an artist from Calgary, Alberta. He has studied at the University of Calgary, as well as the renowned School of the Art Institute of Chicago. As a painter, his work aims to change our concepts of form and surface. As a cyclist, he has come to love the experience of completeness when riding a bicycle. To combine a bicycle, a beautiful, functional and aesthetically-pleasing machine, with his own art, was a perfect fit. 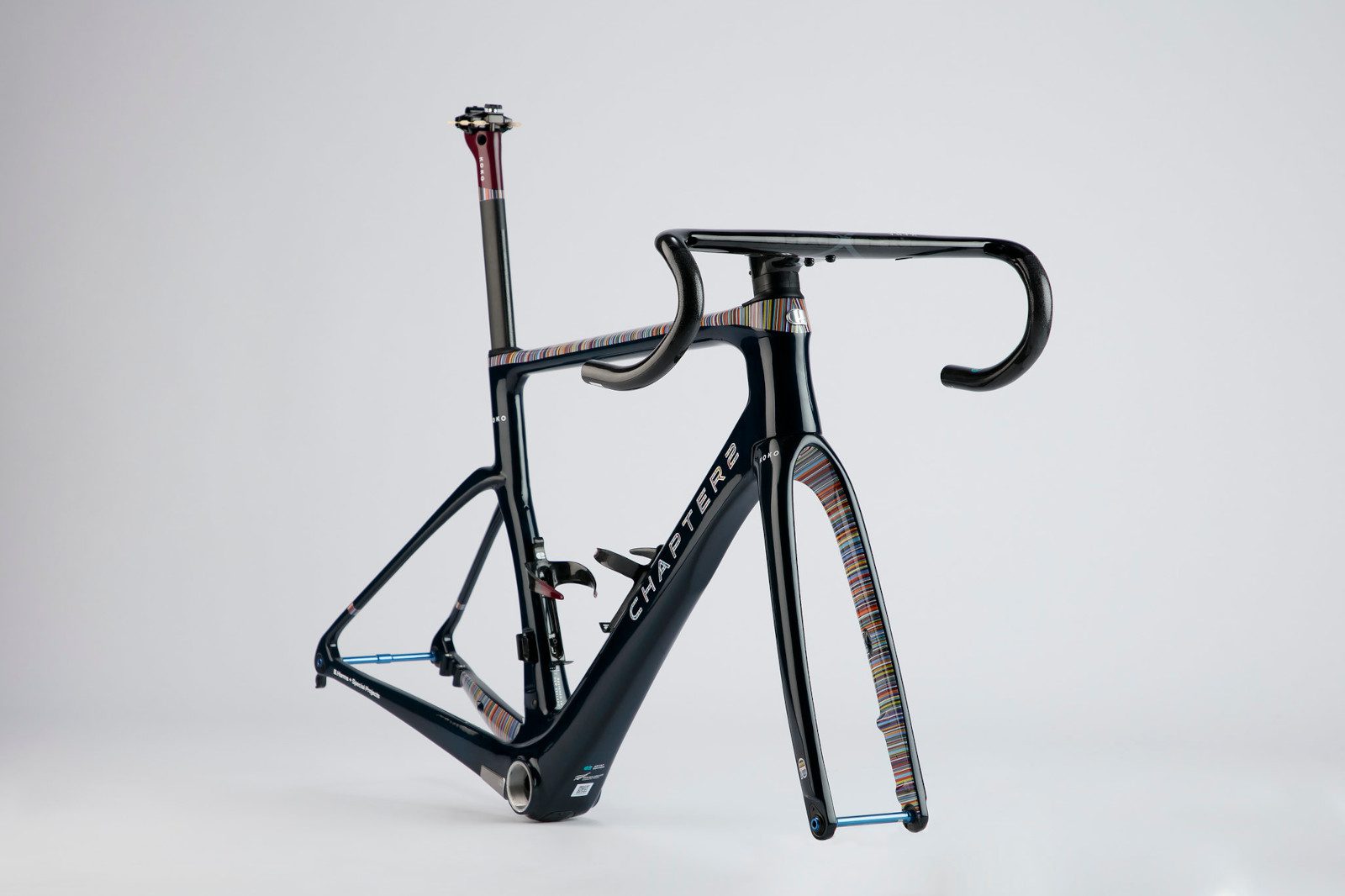 Both he and fellow Calgarian Todd McCallum of Chapter2 bikes knew that there was a way that Harms could take a bicycle, and turn it into a rolling canvas. The idea was simple: create a work that the cyclist could appreciate while doing what they love: riding. It’s about creating a personal experience while aboard a Chapter2 bicycle.

The collaboration began when Harms and McCallum met through the Calgary cycling scene.

“We are both very passionate about cycling and the beauty of the bicycle,” Harms explains. “We met through mutual friends and when Todd found out that I was an artist, we set up a studio visit.”

The collaboration began over a coffee and an idea to create something different. When McCallum stepped foot into Harms’ studio, something magical happened. 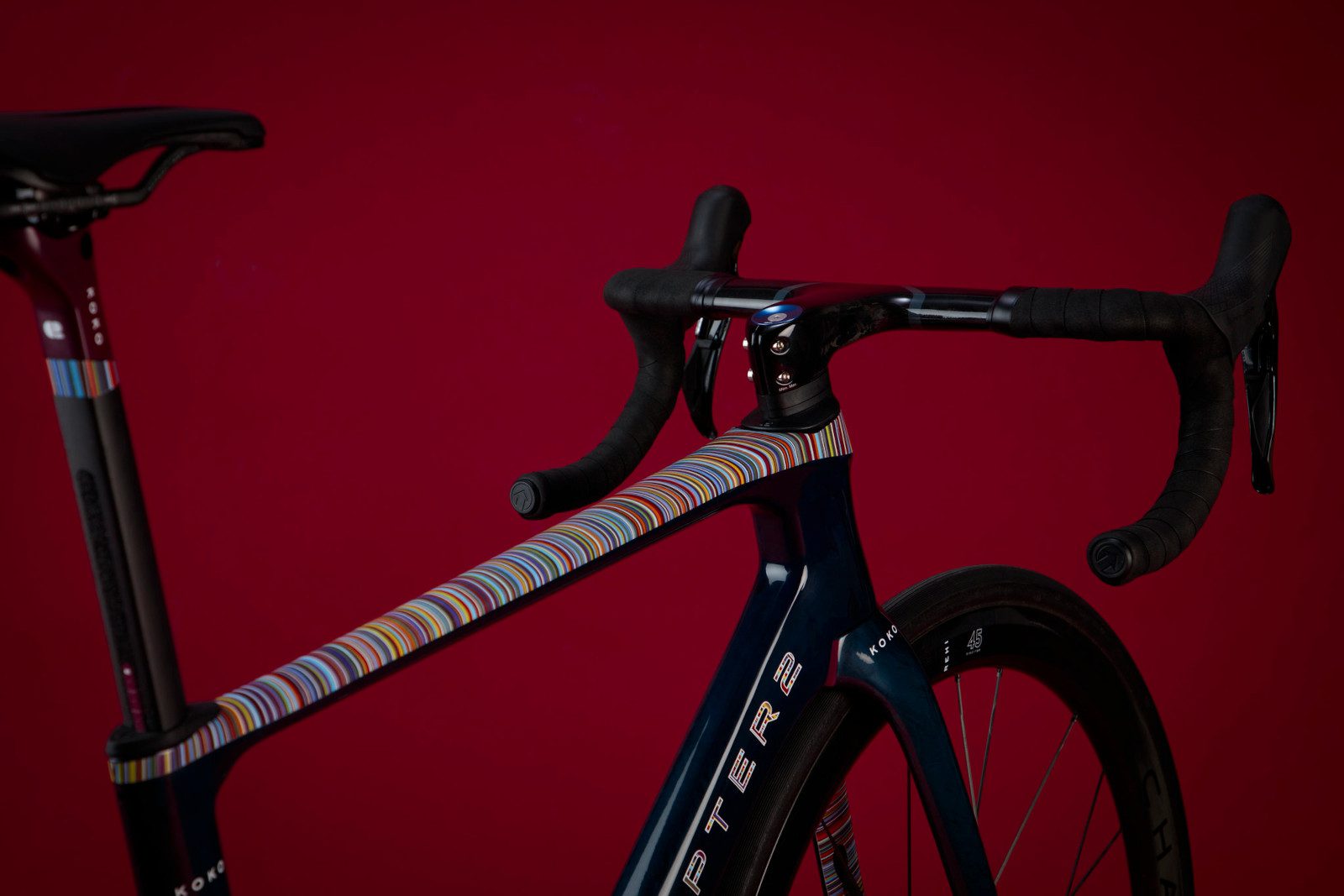 “When Todd got to my studio, we just clicked and he loved the artwork. We had great conversations about how cycling is a highly aesthetic experience when you’re on the bike. I just saw all of the parallels that that happened with when you’re viewing artwork. as well and we just sort of kept riffing on that,” Harms says. “We tried to figure out how to bring more art to cycling and more cyclists to art.”

Harms says that the bridge from cycling to design is not a long one. It’s an integral part of cycling; any frame, jersey, helmet, shoe or sock is part of a carefully thought out-design. A bike like Chapter2 is designed carefully for optimal performance, but with an elegant flair. 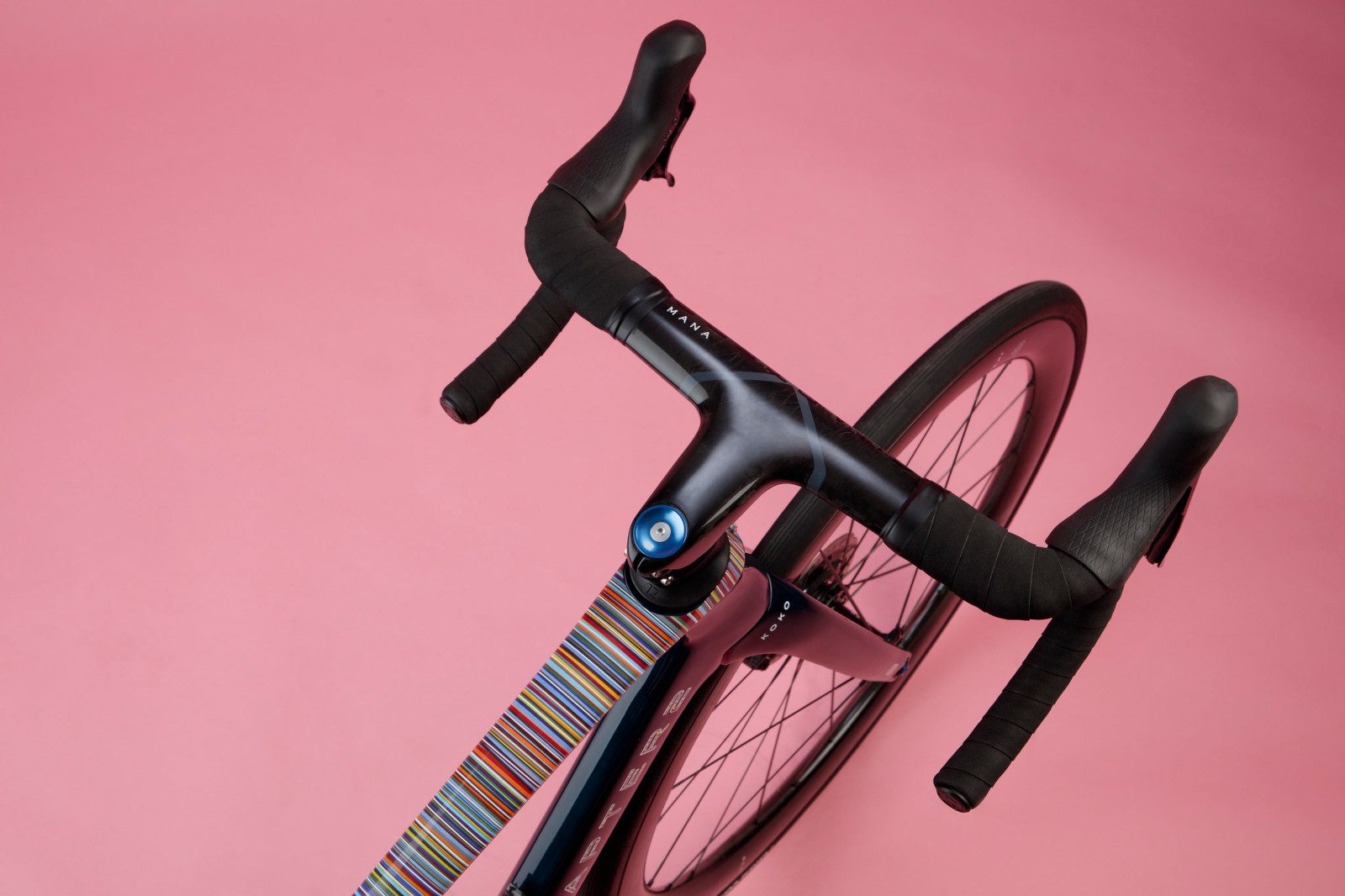 An artist painting a bike is not a new concept, just like artists have painted specialty cars in the past. It’s taking an already visually stunning machine, and adding another level to it. Artists like Damian Hirst or Futura 2000 have painted frames, but what Harms has done with Chapter2 is not simply about adding paint to a frame, but to create an experience that marries itself with the joy of cycling.

“When it comes to aesthetics in cycling, it should add to that contemplative state that a rider often achieves. It’s not just about looking good on the bike, it’s more like I’m trying to have a soulful experience while I’m on the bike. Like when you’re sitting in front of a painting,” Harms says. “ Those things really merged nicely for us and I think that’s where our relationship with Chapter2 took off. Mike Pryde, one of the founders of Chapter2 studied art and majored in Architecture, which included a stint at acclaimed British Architect Norman Foster and Mike immediately saw the potential of marrying structure and performance with art”.

A bicycle has plenty of nooks and crannies, as opposed to a flat canvas. You’d think that would be challenging to integrate one’s art onto a three-dimensional object, and yet, Harms says that it’s not different at all. In fact, the process is very similar. 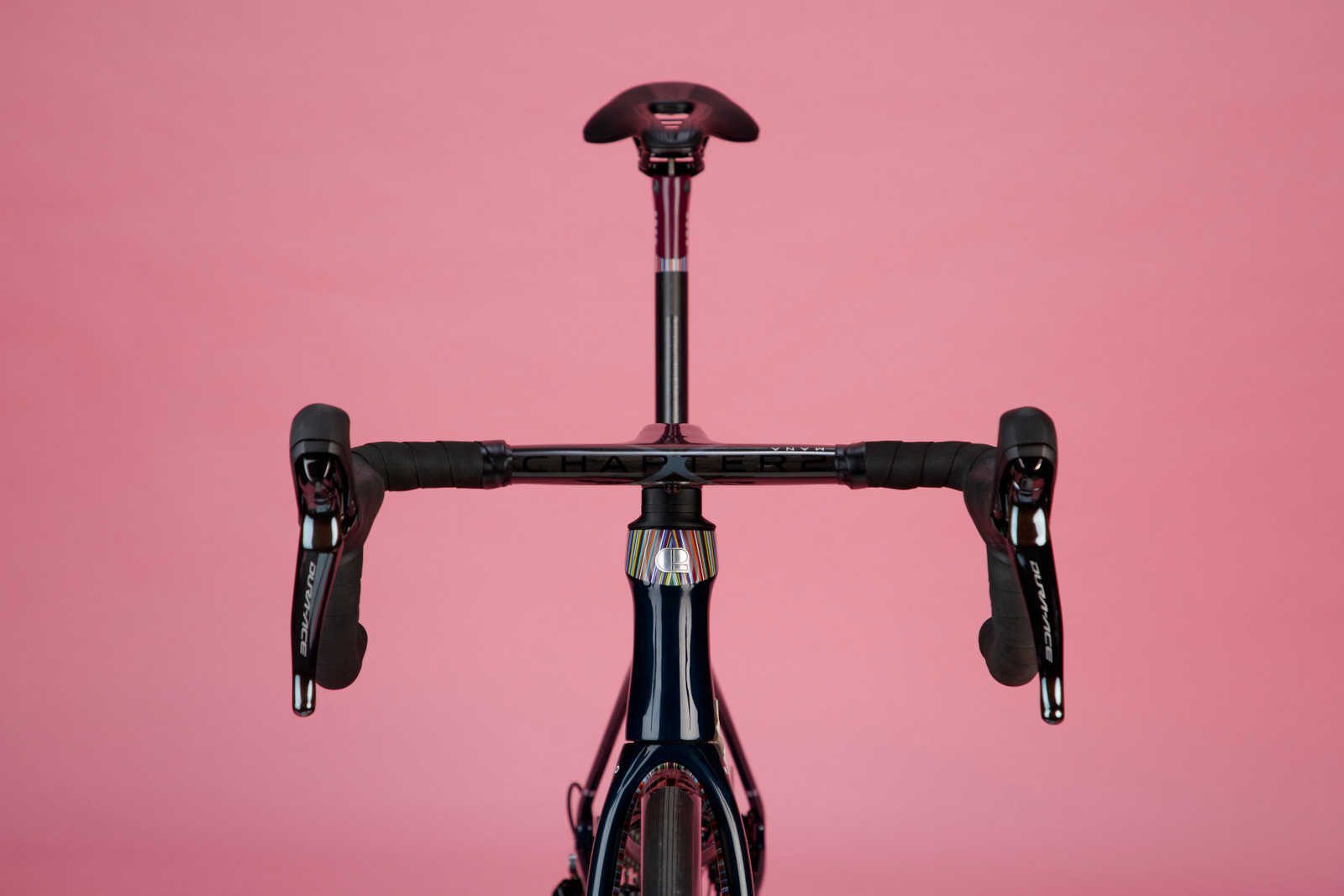 “One of my undergraduate degrees was in printmaking. So essentially, I work as flat as bicycle manufacturers work or bicycle painters work in terms of the surface appearance,” Harms says. “So it’s a natural progression to move on to anything else that’s flat. It’s just the curvy bits become a little more problematic. But that’s also kind of part of the challenge, and the joy, of working with a new medium.”

Those curvy bits are what makes the Chapter2 KOKO so special. Harms has managed to use all the angles and spots of a bicycle to create that meditative experience of riding into an art-viewing experience. His lines and flourishes reveal themselves to the viewpoint of the rider, as they ride. Just imagine, when you’re in that incredible zone of cycling, the endorphins running through your veins, you can absorb Harms’ creation. It’s sort of like staring at a wall in a gallery–except you’re doing what you love, outside, on your bicycle. 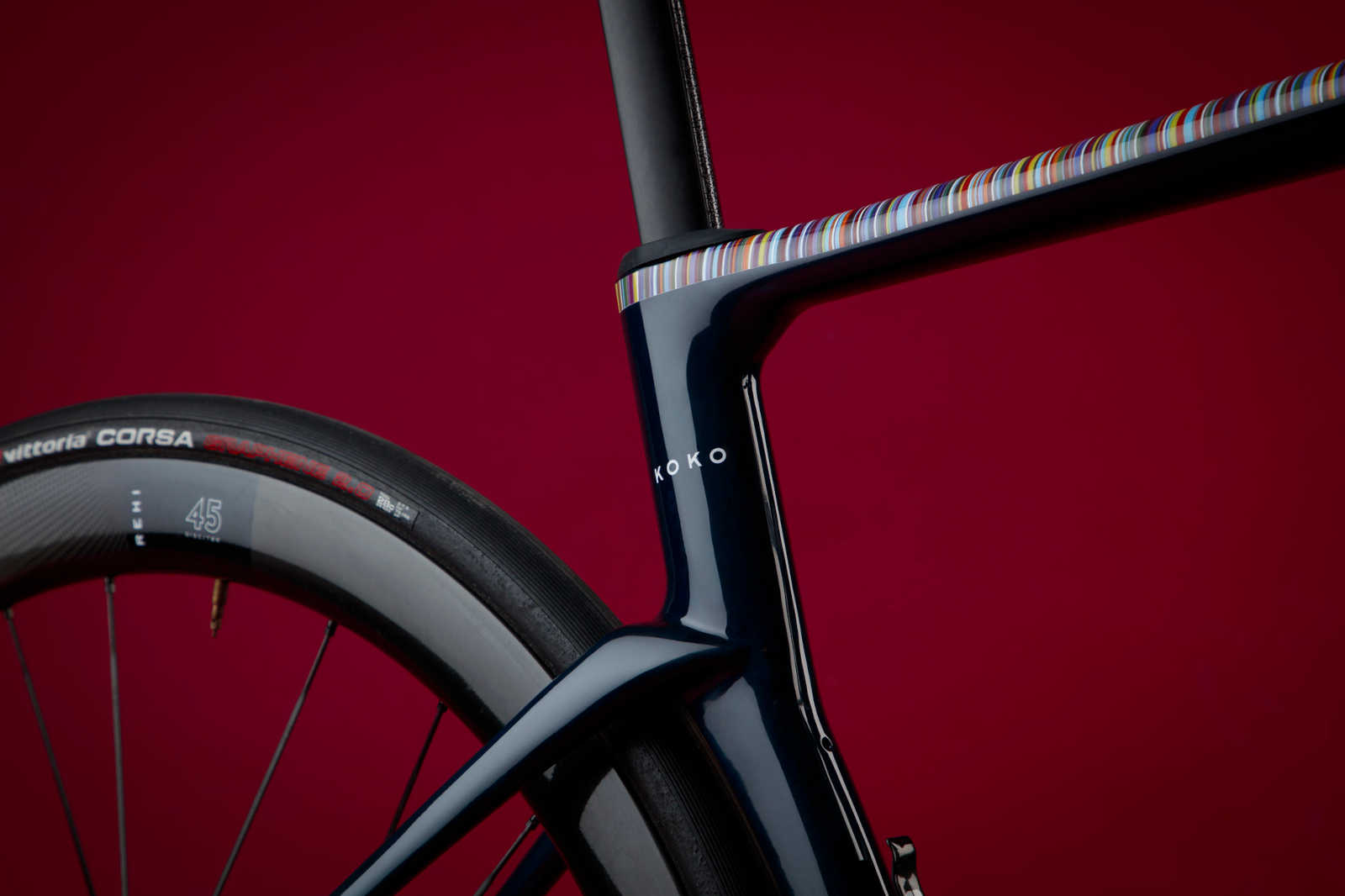 “I mean the Chapter2 bike itself is beautiful, right? It’s seductive, and it’s drool-worthy, and it’s something that you covet, just like a great artwork. Sure, we want sexy bikes. Bikes that are special. And we want bikes that are fairly exclusive to us. I don’t want to ride someone else’s bike, and I don’t want to be in a peloton or in a group ride and be on one of three of the same bikes,” Harms says.

The longer you look at the bike, the more artistic attributes you’ll notice.The subtle painted rings on the seat stays or seat post the the tinted clearcoat on the frame which allows the rich carbon to shine through when sunlight hits it. They are designed for you, the viewer–the rider–to absorb and soak in. 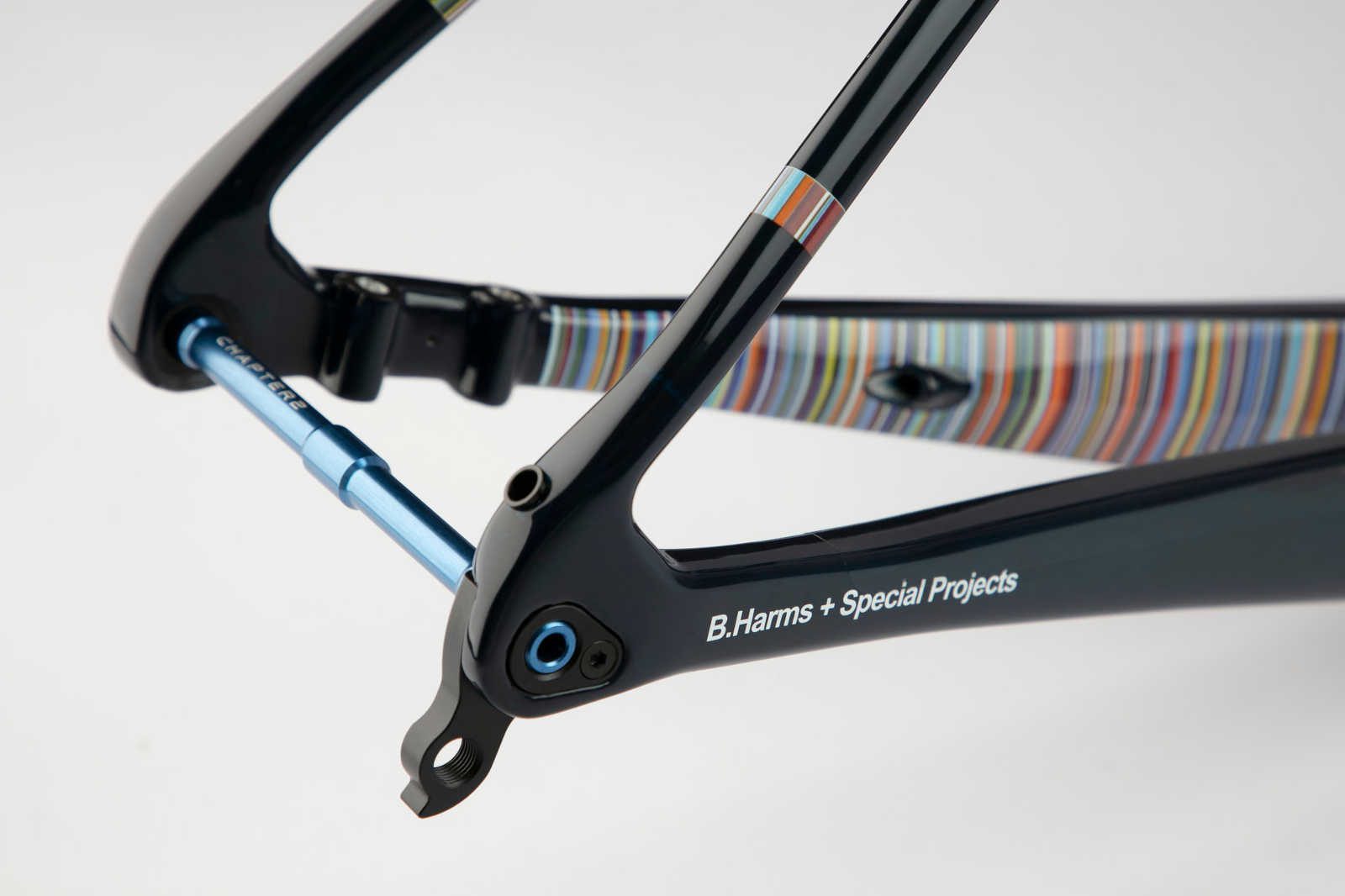 Since Harms is a cyclist, it’s helped him appreciate just how to use the frame itself to bring out his art, and inversely, how to use his art to bring out the bike. Like any cyclist, he knows the many spots on the bike that can be hidden, or exposed only as you ride. Any artist has to sign their work, so he’s found a perfect spot to put it: on the back of the fork. 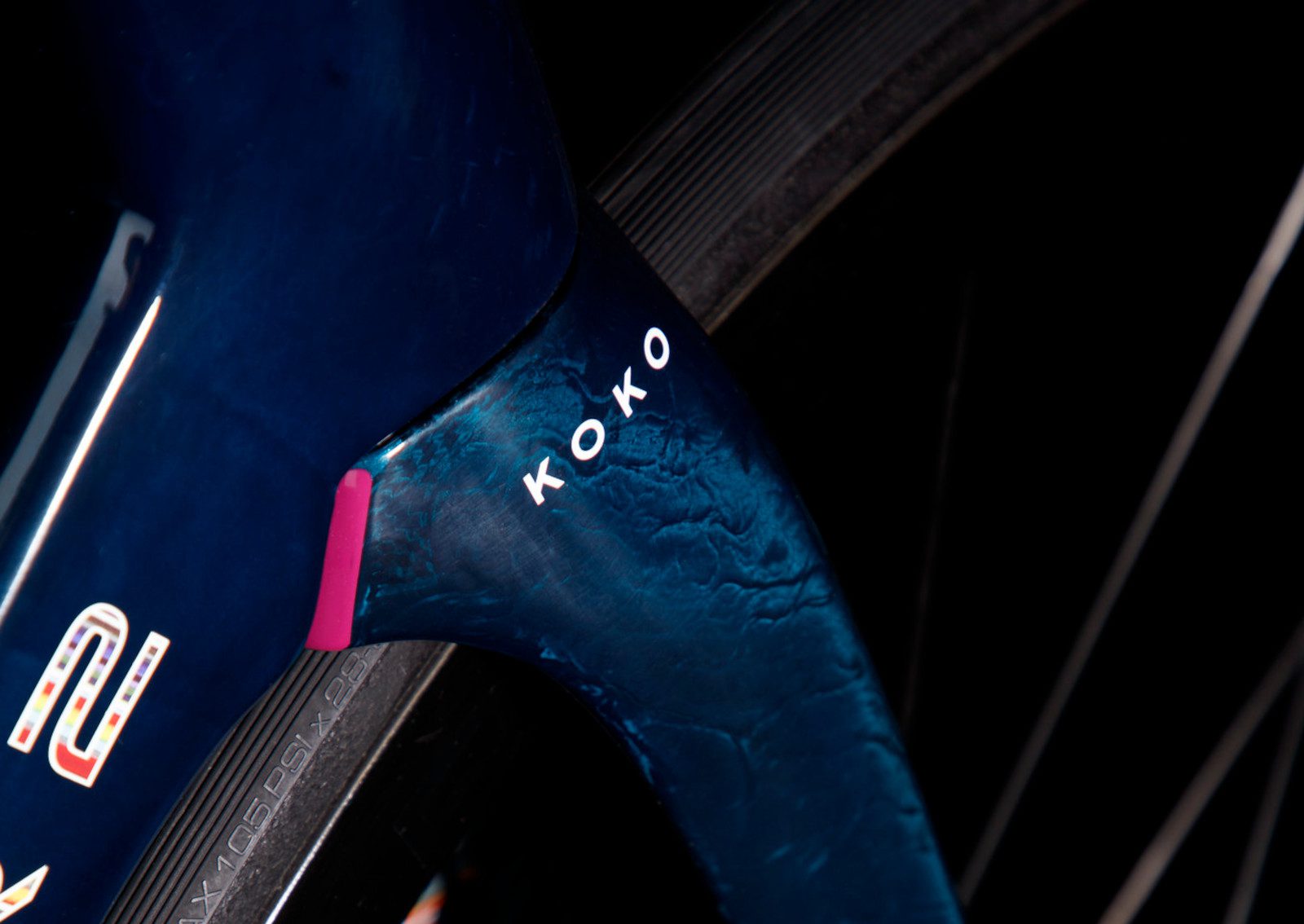 With a nod to its fine art roots, the frame also comes with an original artwork based on the painting that it was created from as well as an NFT offering (a VR version of the frameset) for those owners who want to experience/proof of ownership on the Blockchain. “This NFT is offered in partnership with Chapter2 Bikes and through Ethos, a leading NFT company based in Vancouver, BC. They will also simultaneously be releasing a limited-edition fine art NFT that will give purchasers the opportunity to win an original painting from Bradley Harms himself.

Only 60 framesets will be made available worldwide with each frameset coming with a signed piece of the art as used on the frame, along with blue detailed matching thru-axles, top cap and maroon-coloured carbon bottle cages. Available via authorized dealers and via the Chapter2’s website, pre-orders for this exclusive creation will end when all 60 units are sold out and offered on a first come first serve basis.

You can also contact Todd McCallum, Canada Country Manager for Chapter2 at todd@chapter2.co.nz

This story is presented by Chapter2.