Cycling is in a state of flux. From the way we ride to where we ride – even to how we eat while we’re pedalling – we’ve come so far. And, in some ways, we’ve gone back to when biking was simpler. From the über-hightech hyper-focused weight-weenie racers of the early 2000s, we’ve gone full circle as old fibres such as merino wool have become mainstream again. Some riders have been replacing gels with whole-food versions that grandma would approve of. The bikes are being made heartier with an eye toward surviving long gravel pilgrimages. And racing? We still do that, of course, but we’re looking for more connection, less Internet: more offline time in the backwoods racing hundreds of miles on old logging roads, or cracking beers after a midweek social ride instead of a hammerfest. Well, except in winter, when so many are going digital, chasing pixels. 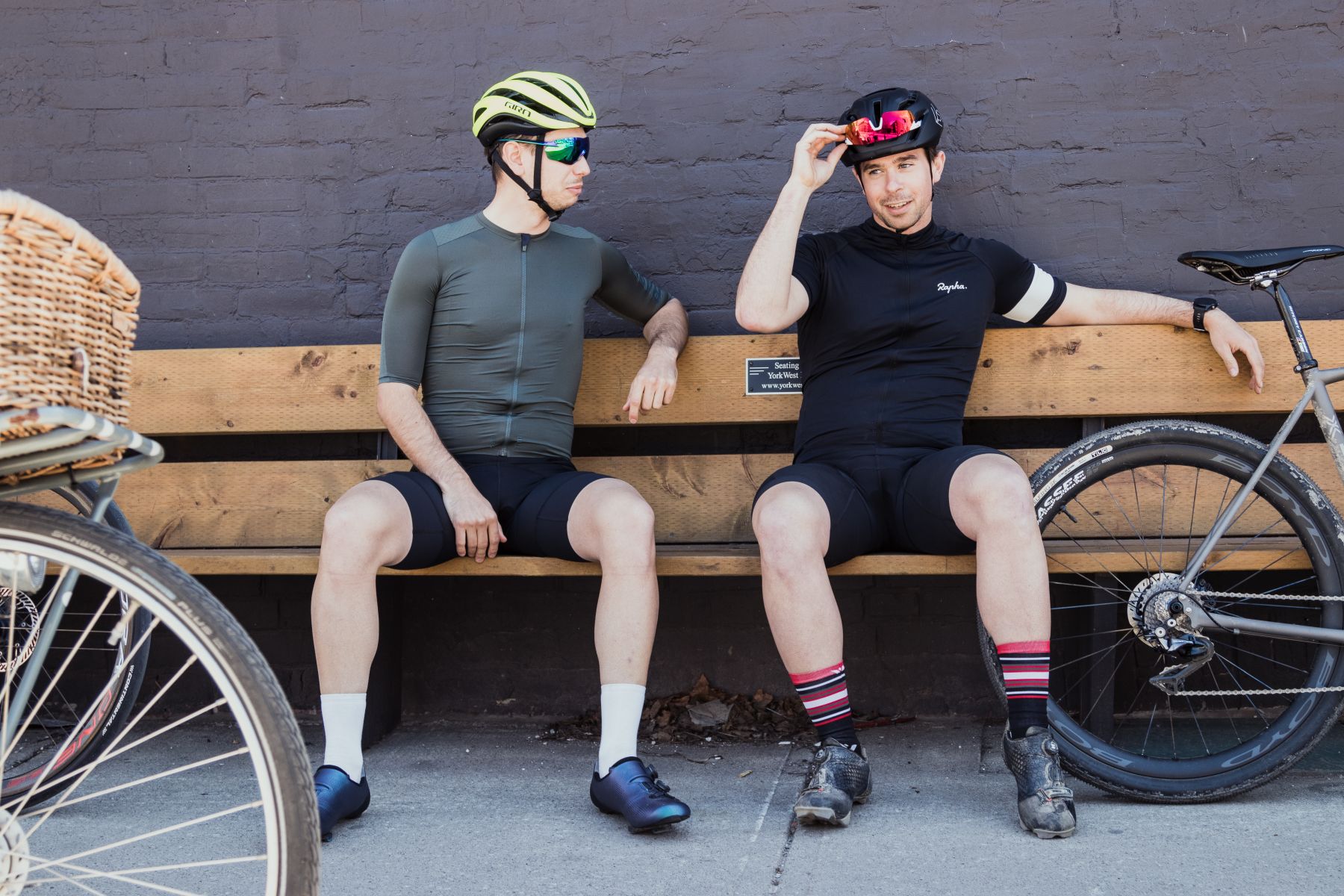 But the one overarching trend is essentially the death of trends. Thanks to so many cycling brands on the market, plus the ability to customize your gear at almost any price range, cycling no longer seems to have constraints around one archetype of what’s in.

“I think that biking, in general, is the trend right now,” says Dan Seguin co-founder of Ride Wrap, a Whistler, B.C.-based company that makes bike frame protection. “Everybody is getting into some form of biking: our parents jumping on road or ebikes, our friends getting their first trail bikes and fat bikes in the snowier months. The active lifestyle in Canada is really taking front stage and the fun and access provided by bikes is the go-to.”

Even though there aren’t really large unified movements in cycling, there are hot topics among brands in Canada. Here’s some of the chatter. 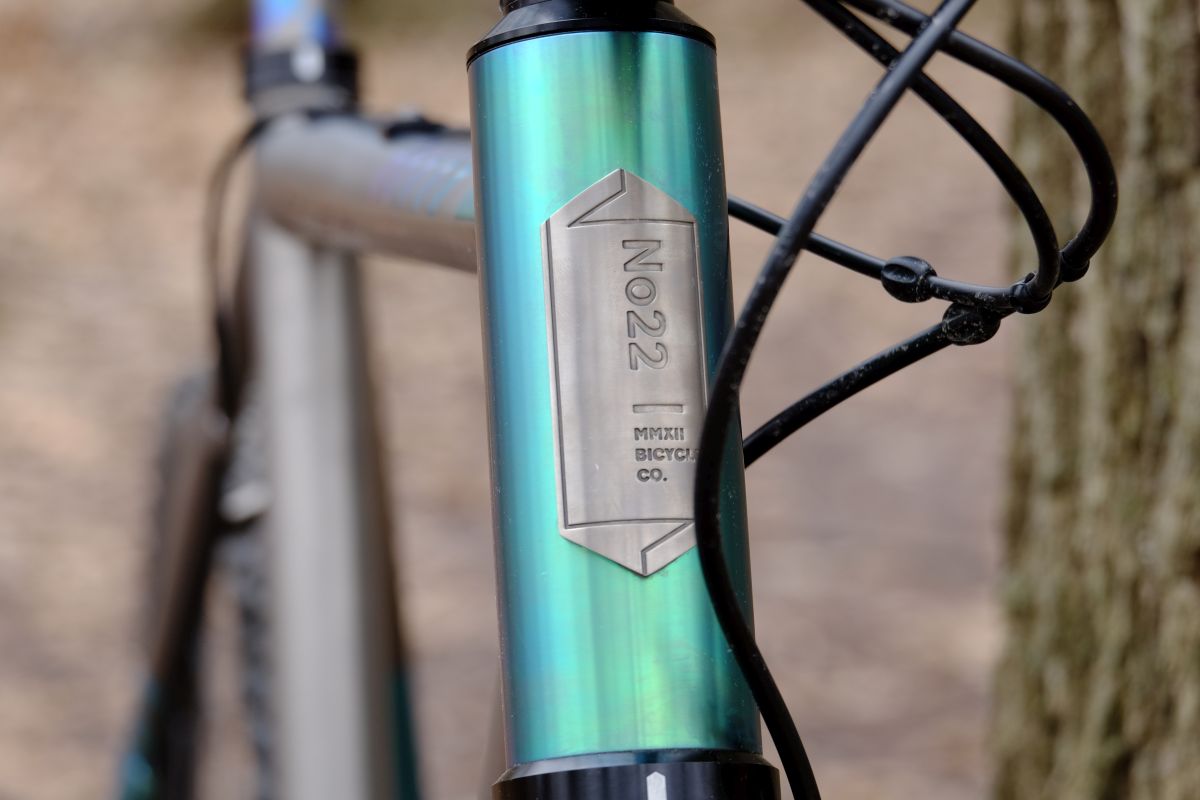 You may not realize it, but Canada is home to dozens of custom cycling brands. They cover apparel, bags, wrap for your bike and even bikes themselves. “There are a lot of companies popping up with crazy custom kit and lots of options for customizing everything, which is great for us,” says Suzanne Carlsen of Toronto-based custom bike painting (and bike bag) brand VéloColour. “The appreciation for custom-built bikes is growing. It’s huge in the U.S. Canadian consumers are quite a bit more conservative, so we’re slightly behind. But it’s definitely growing, which is good to see. I hope we will see it increase even more.” 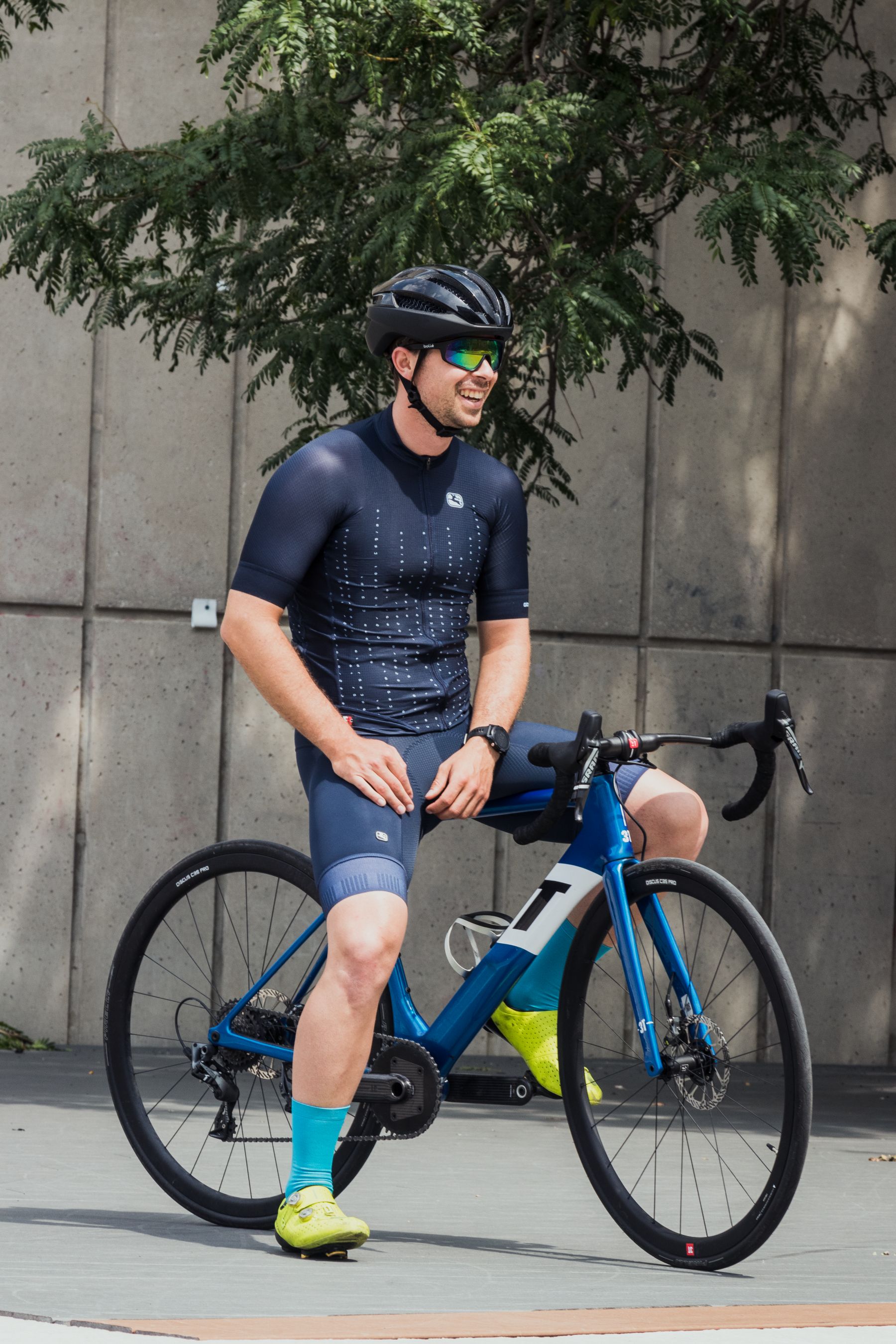 “The trending colours are what I’d call ‘a little less sheen, a little more green,’ which is really to say that the majority of the apparel world wants to keep doing roadwear, but to ‘gravelize’ it. They’re using more matte finishes and a more muted, natural palette,” explains Lawrence Silcox, co-founder of Cima Coppi Cycle Wear. His clothing company started in Vancouver and is now based in Oviedo, Spain. Carlsen echoes these sentiments, adding that while black is always a best-seller, a lot of people are now interested in a more muted medium grey. Seguin adds that pastels and muted tones are definitely the current trend. “The flashy, bright, racing style has definitely fallen out of style,” he notes.

Sam Whittingham of Naked Bicycles on B.C.’s Quadra Island agrees, noting that when his company gets custom colour requests, pastels with a minor pop of colour are popular now. The brief vibrant-neon trend seems to be dead. 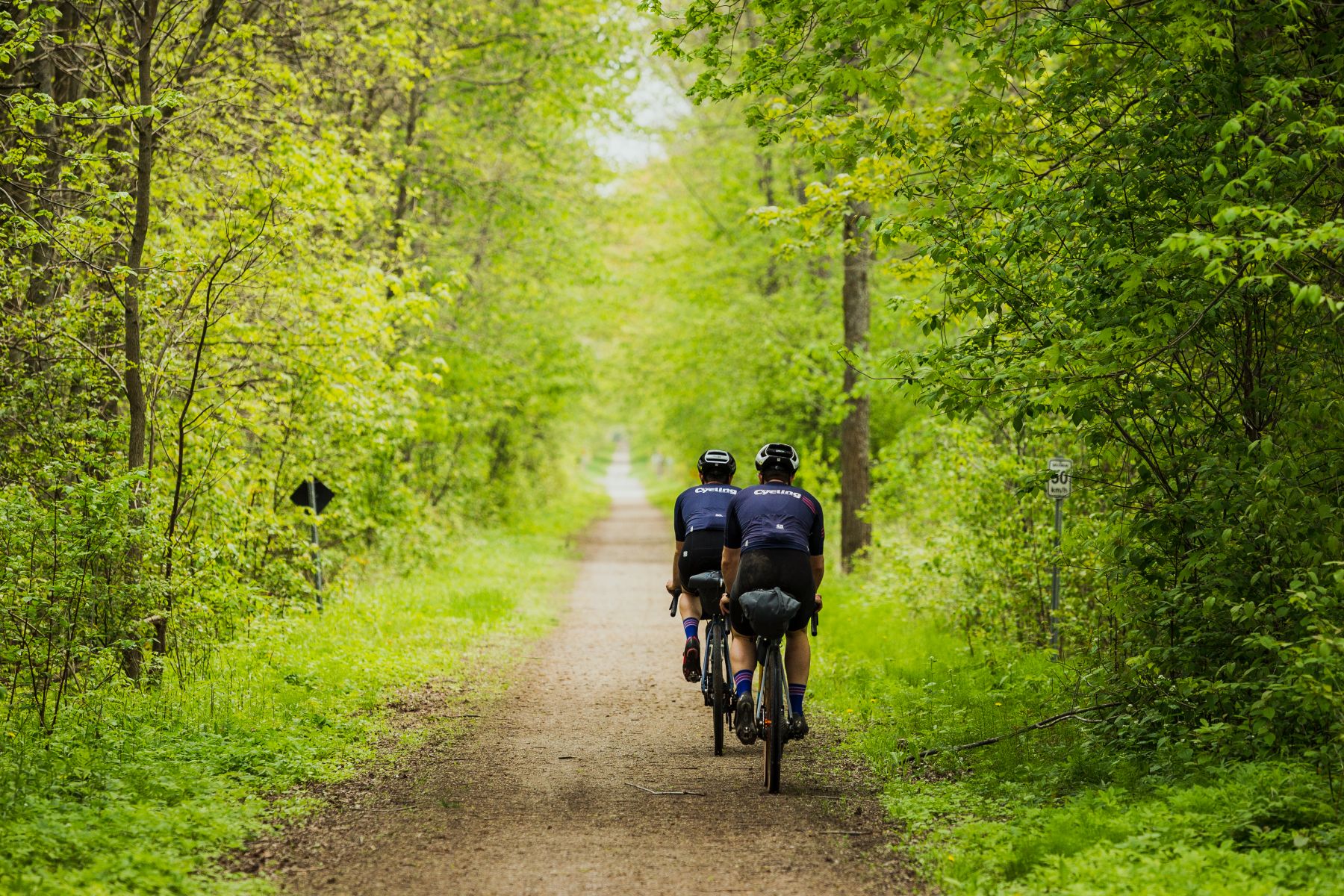 Bikepacking is the New Racing

As we long for simpler times, the idea of skipping an official start line and heading out on a custom-made adventure is more tantalizing than a 50-minute, four-corner criterium on a weekend. The newly-minted BT700 route in Ontario is a perfect example: despite multiple road, mountain bike and even gravel events on a weekend in mid-July, more than 60 riders toed the line for the unofficial grand depart on the route designed by adventure cyclist and frequent Canadian Cycling Magazine contributor Matthew Kadey. “You’ll never experience a more positive vibe among riders than at that start line,” he says. The riders ranged from bikepackers aiming for a casual nine-day pace to a select few who battled it out to finish in a little more than two days.

“Overall, I think the trend toward less-competitive cycling is far better for community development and increasing interest in cycling as it is more welcoming on almost every level,” says Michael Barry, a former pro roadie who now runs Mariposa Bicycles with his wife, Dede. Barry is seeing fewer requests for custom competitive bikes and more for bikes designed for all-day comfort.

People are looking for bikes that can handle any adventure: “Changes in geometry are leaning to longer, lower and slacker bikes with more travel across all disciplines,” says Brad Grincevicius of 9point8, based in Ancaster, Ont. “These changes bring in things like full-suspension gravel bikes and super slack trail bikes.” Now, cross country mountain bikers are installing dropper posts, and even cyclocross and gravel riders are considering droppers for gnarly courses. Michael Barry of Mariposa is constantly fielding requests from new riders looking for wider tires on their gravel bikes. The popular width right now is comparable to old-school mountain bike tires. “A decade ago, a 33-mm-wide tire was considered large, while we now build bikes with clearance for a 42 or greater,” Barry explains. “People are realizing that a larger tire is more comfortable, descends better and is easier to ride over mixed terrain: gravel, dirt, sand, grass or tarmac.” 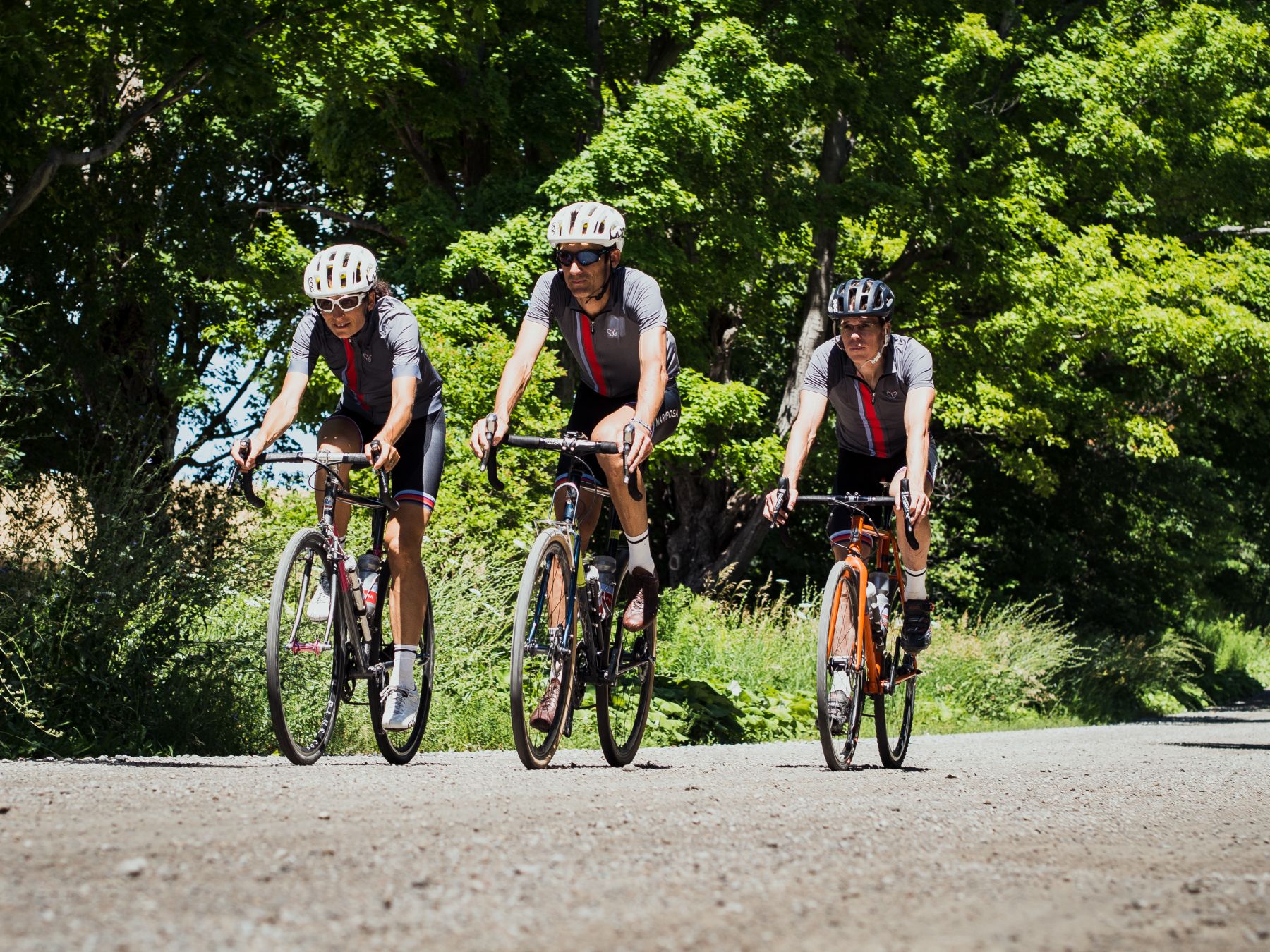 With bikepacking and gravel racing on the rise, it’s no surprise that virtually every company referenced gravel as the current trend that seems to only keep growing. “In the past few years, the majority of the bikes we’ve built have been all-road/cyclocross/gravel bikes,” says Mariposa’s Barry. “Many customers are now asking for fender eyelets and carrier/rack mounts to be included on the frame. Generally, I think there is increasing interest in riding off the beaten path and cyclo-touring and bikepacking. People are realizing that the super-light carbon aero race bike isn’t necessarily the ideal bike for them as it is less versatile and comfortable. Gravel bikes can tick most boxes for the majority of cyclists.”

“I am definitely making a lot of our Naked X,” says Sam Whittingham of Naked Cycles. “This is our versatile drop bar, all-surface platform. Everything is custom so this might be tuned to be better for road, gravel, ’cross, bikepacking, light touring, commuting or some combination. This has always been our bread and butter.” Like Barry, he agrees that people are looking for longevity: titanium is the material of choice. “We ask so much of our bikes these days and the extra toughness and anti-corrosion properties of titanium are perfect for a timeless all-surface adventure machine,” Whittingham says. 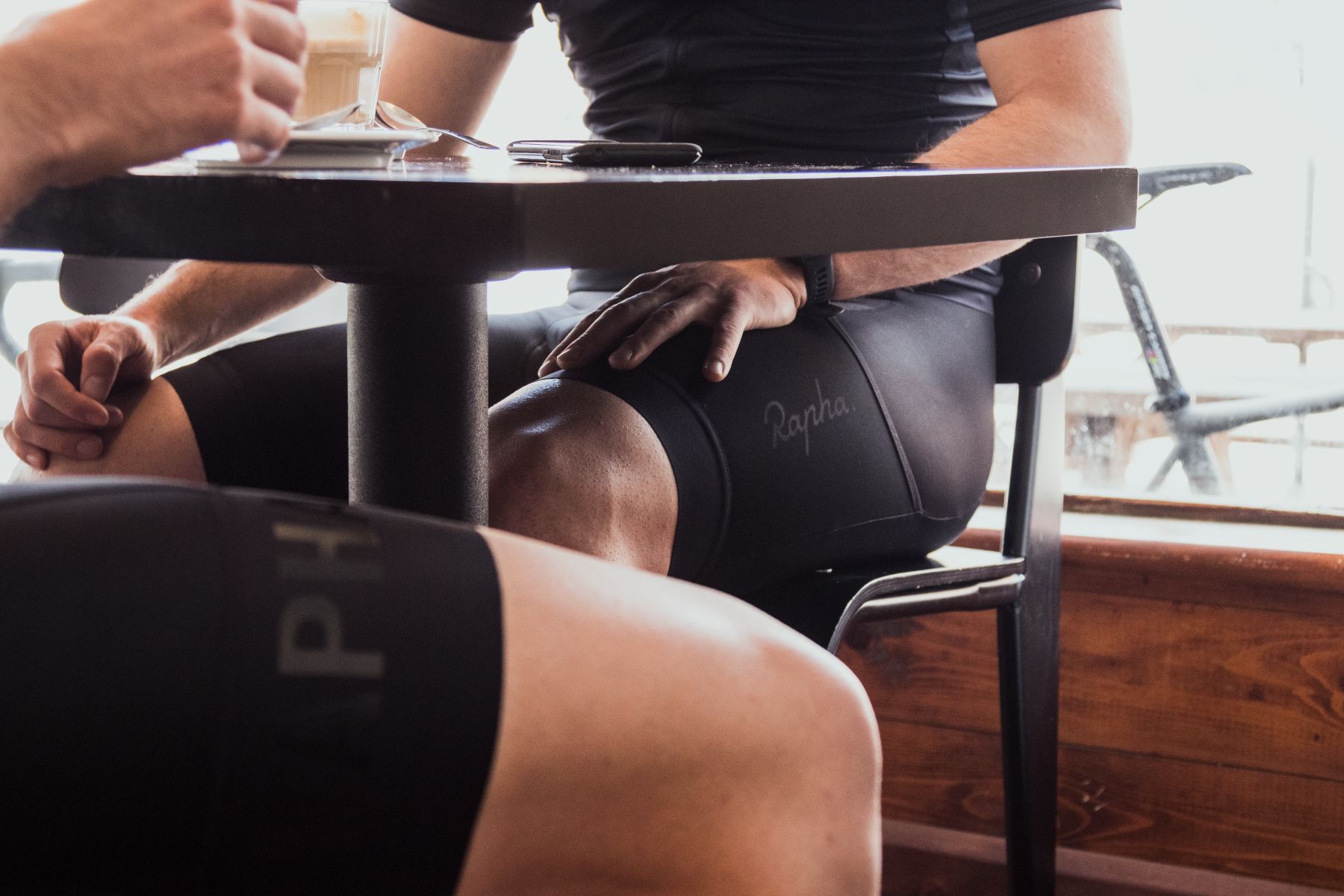 Cycling apparel is finally starting to innovate and catch up with bikes – especially gravel. In late June, Squamish, B.C.’s 7mesh released its new Anything System line of clothing with modular systems of pockets to stow ride essentials beyond the traditional three-pocket road jersey. Cima Coppi has more road-style clothing made with merino wool for an adventure-ready vibe. “We’ve always serviced the ‘ultra’ community by being a supplier of natural fibres, principally merino clothing, making high-performance garments that are good for multi-day, unsupported riding. Merino wool is more odour- resistant, functions in a wider range of temperatures and is naturally antibacterial so it allows you to pack less, ride more, be healthier and more comfortable than short-use, plastic, pro wear,” explains Silcox. “The response on our first iteration of the merino shorts has been nothing short of astonishing for us: it blew away my expectations. People really are stoked that there is a bib that is designed principally around the idea of a healthy garment and ‘ecosystem’ for what is a delicate, sensitive contact-point on the bike.” 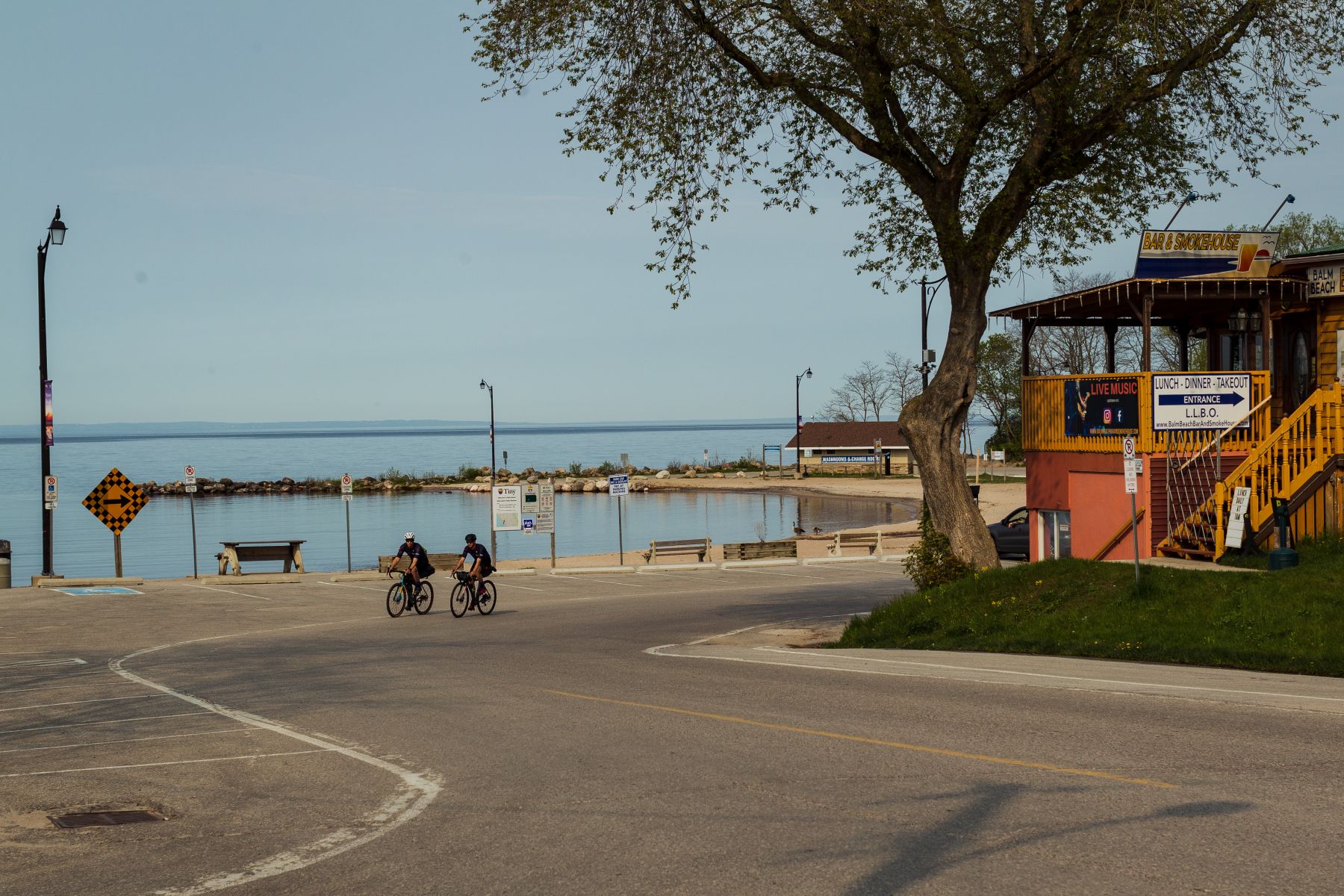 Why Race When You Can Ride?

Groups that are putting riding ahead of racing, such as the Squamish Offroad Cycling Association (SORCA), are forming across the country. “The success lies in SORCA’s initial community feel – it was started by a group of friends who wanted to have fun and ride their bikes. Though our membership is now more than 1,900 people, that feeling remains,” says Helen Beynon, executive director at SORCA. “It’s about coming out on a weeknight to ride with your friends, cheer each other on and share some food and fun together afterward. People of all abilities feel comfortable to come out, make some new friends and maybe try something new: no pressure. While there is still a crowd that is keen to come out and race, the social rides have helped bring more people together.” A newer example is the Collingwood Off Road Cycling in Ontario. In its first year, it brought in more than 160 members, and added another 100 in the second season. 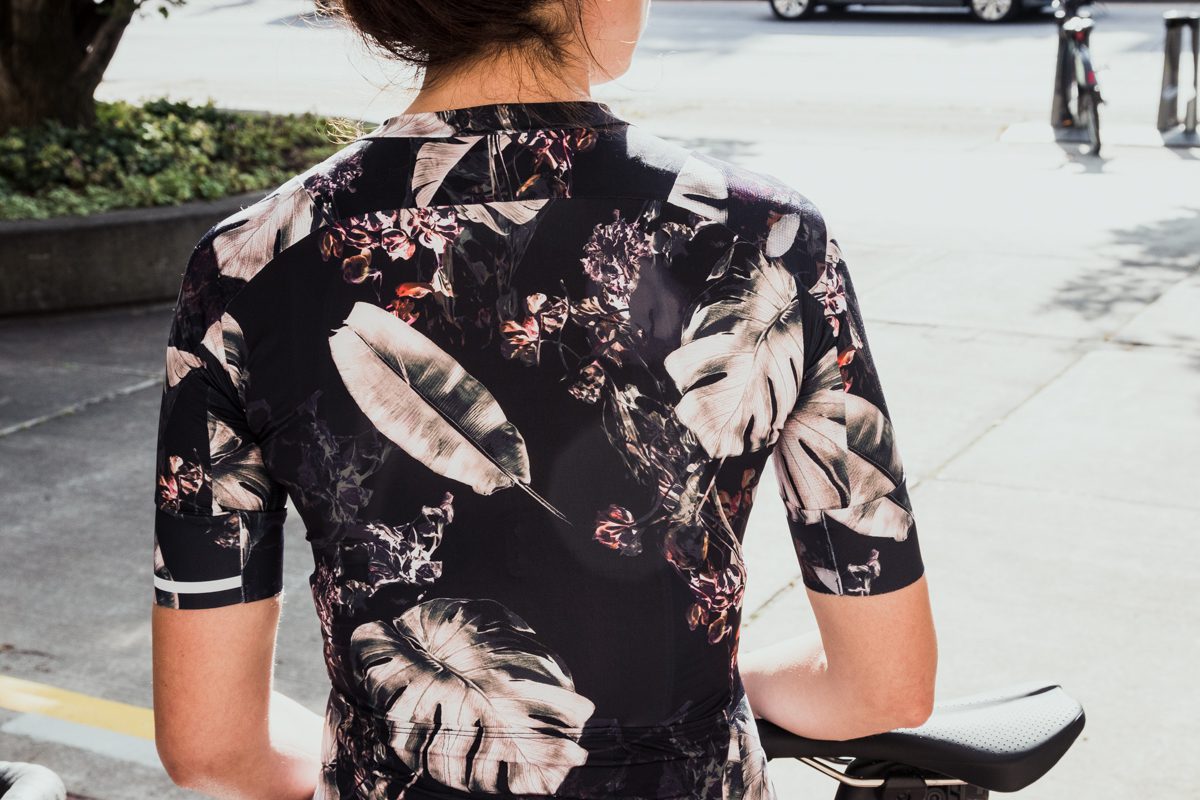 Women are Taking the Lane

Around the world and at all levels and disciplines in cycling, women are kicking down doors. “In mountain biking, in particular, we are excited to see that more women are joining and pushing the sport,” says Dan Seguin of Ride Wrap. Because of that trend, more brands are adding a women’s focus, such as 7mesh. “We have been super excited to add new women’s styles every season to grow our women’s product range slowly,” says Ian Martin, the company’s vice-president of product. “It is still an industry dominated by men’s products, which always surprises us. I think if we keep supporting women riders with great products, the business will catch up.” 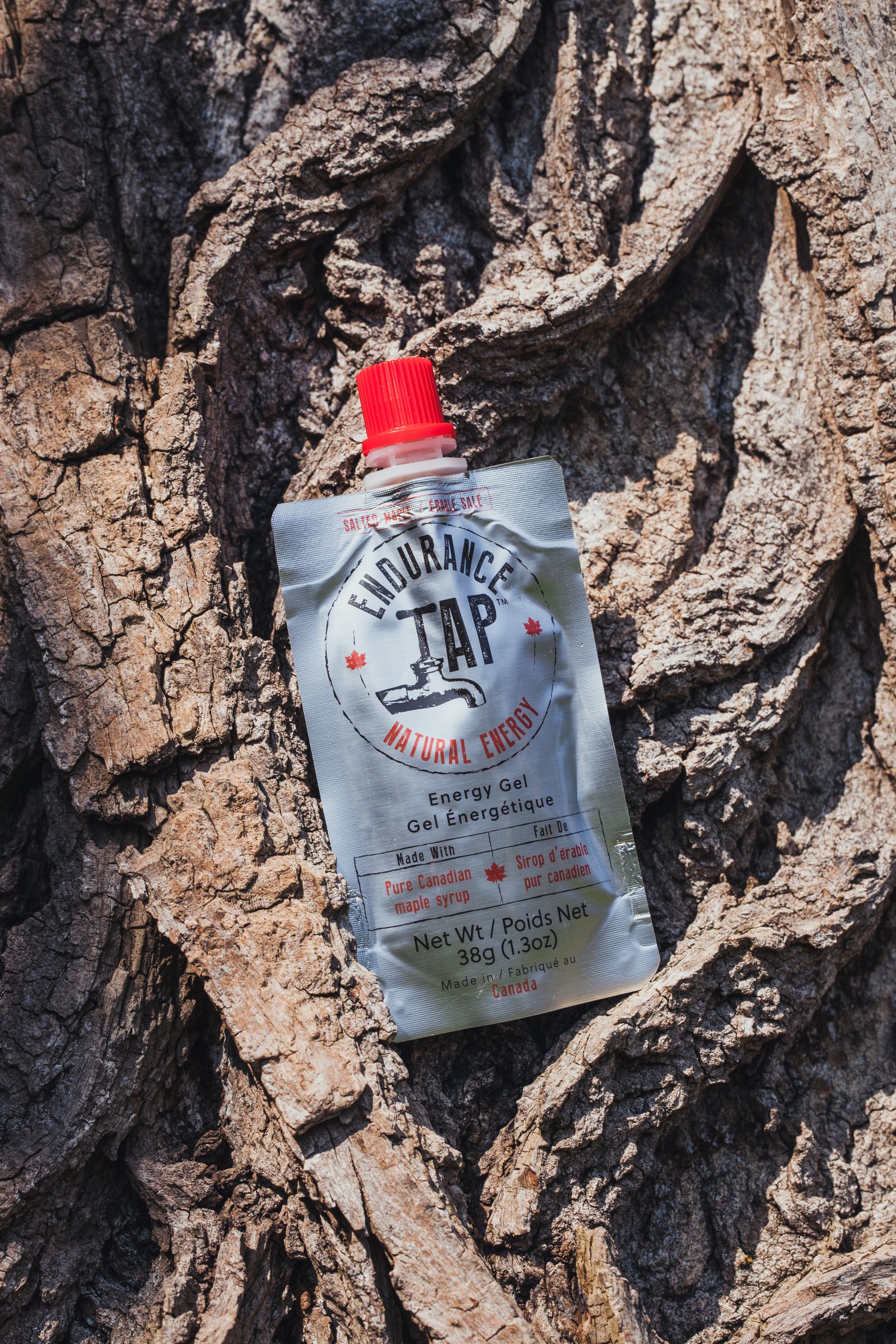 “As the natural foods movement continues to gain momentum in day-to-day life, it is also translating into athletes becoming more aware of what they ingest during endurance sport,” says Sydney Guloien-Olmsted of Endurance Tap. “While it is important for the fuel to be convenient to use during activity, the quality of ingredients does not need to be compromised. Our maple-syrup packets were intentionally designed to keep athletes feeling good during sport, while getting the nutrition necessary to keep them fuelled.” Other Canadian com- panies, such as Kewaza and Athletic Energy3, are making more natural sports nutrition products as well. No matter what your taste preferences, there are now natural alternatives to processed gels and bars. 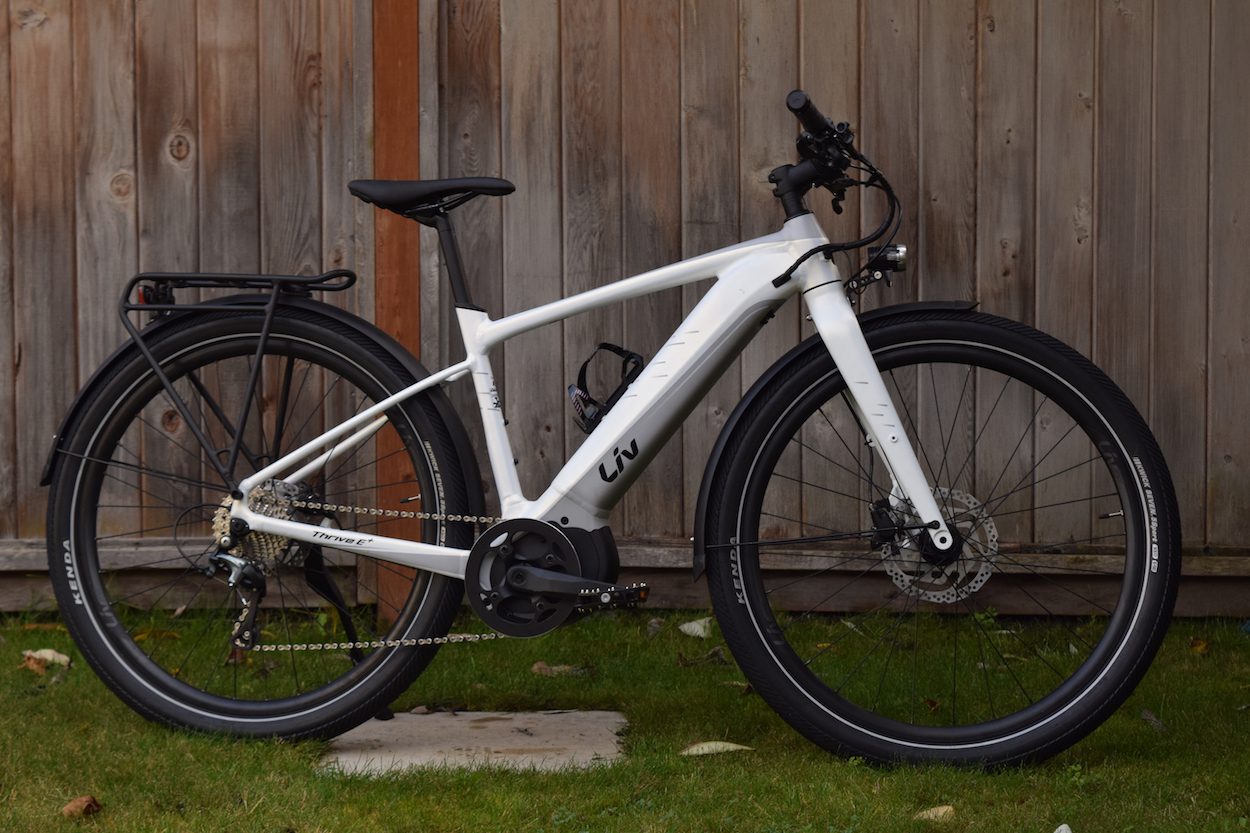 Technology is Pushing Us Forward Both Online and Off

Ironically, it’s easier to go retro when technology has made connecting and going offline simpler. You can find a new riding partner and head off on a bikepacking trip with relative certainty that your newfound friend will be on your level if you’ve done a bit of Strava stalking (or trained together virtually on Zwift before taking it outside). Your constantly-updating GPS will make navigation possible. Ebikes are getting their own world championship races, including this past mountain bike worlds at Mont-Sainte-Anne. Mountain bike advocacy groups are debating how to handle the pedal-assist bikes on the trails, while SORCA is adding eMTB ride nights. Carlsen of VéloColour adds that, for small brands, technology is allowing them to survive and thrive, thanks to a broader global market that didn’t exist even a decade ago.

The technology surge to make life simpler is far from over: Blacksmith Cycles’ Brian Rabbit says he’s betting on seeing more on-bike electronic integrations in coming years, such as Di2 electronic shifting that links directly to a cycling computer or bike lights that can respond to GPS directions and innovations, such as smart glasses, will make bringing your phone less necessary so you can ride feeling free while staying connected.