Marchand set his first UCI record in February 2012 when he rode 24.250-km in 60 minutes at the World Cycling Center in Aigle, Switzerland. The UCI created the Masters aged 100 and over category just for him when he decided he wanted to do something special to celebrate his 100th birthday. In 2014, he bettered that record covering 26.927 km. 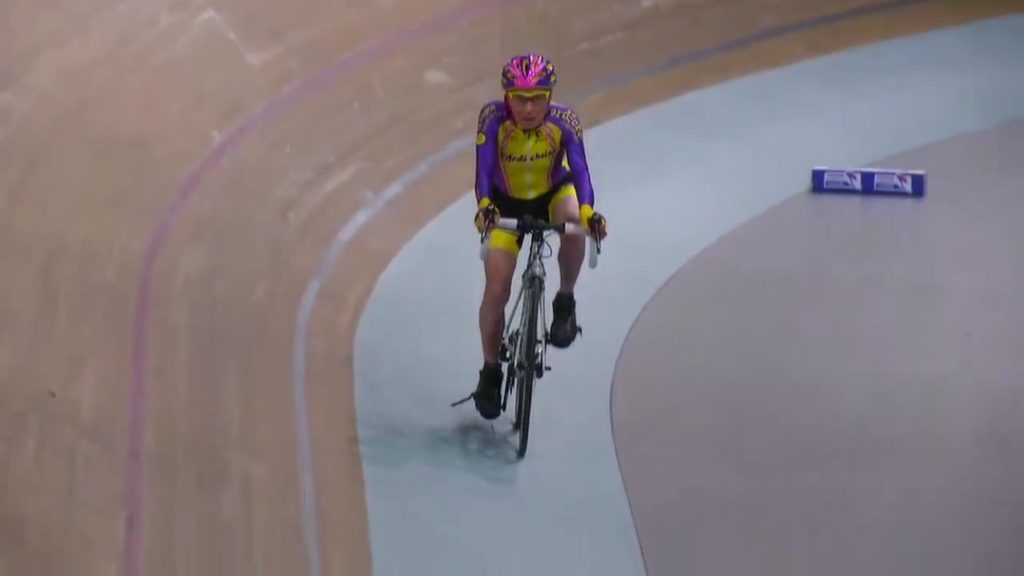 Marchand has lived through two world wars. He worked as a fireman in Paris in the 1930s before moving to South America after the Second World War during which he was prisoned for not instructing the children of Nazis while working as a gym teacher. He also lived in Canada where he worked as a lumberjack before returning to France at the age of 76.

A member of the Ardéchoise club, Marchand was named the worlds greatest centenarian athlete by a group of researchers at the University of Burgundy in 2015. He still rides on the weekend with his club and goes to the gym where he stretches. At 4’11, he was a competitive cyclist until his 30s before returning to the sport in his 90s.

Accompanying Marchand during his record attempt was Véronique Billat who specialises in physiology and performance. She started studying Marchand when he turned 100 and said that she was extremely excited for the record attempt because his numbers in his most recent VO2 max tests were very good.

“The improvement of the record from 2012 to 2014 had shown that it was possible to improve his performances despite advancing age with personalised exercises,” Billat told Le Figaro before the attmept.

“We are now certain that it is possible to improve Robert’s VO2 max thanks to his latest results, which measured 40 millilitres of oxygen per minute per kilogram of body weight, which is an increase from 2014.

“This is incredible news since these measures are similar to those of a sedentary person aged 50 years.”