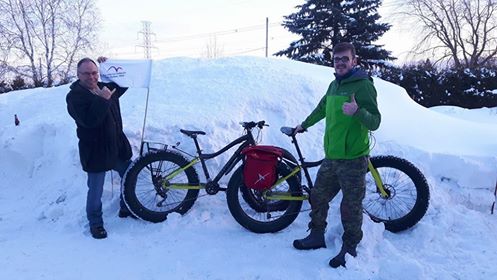 Two men from Gatineau, Que. are in the midst of a journey on fat bike that will take them 1300 km from Quebec City to Windsor, Ontario in celebration of Canada’s 150th anniversary. With their ride in the middle of winter the pair are also raising money and awareness for the Kids Help Phone and the Human Chain project. 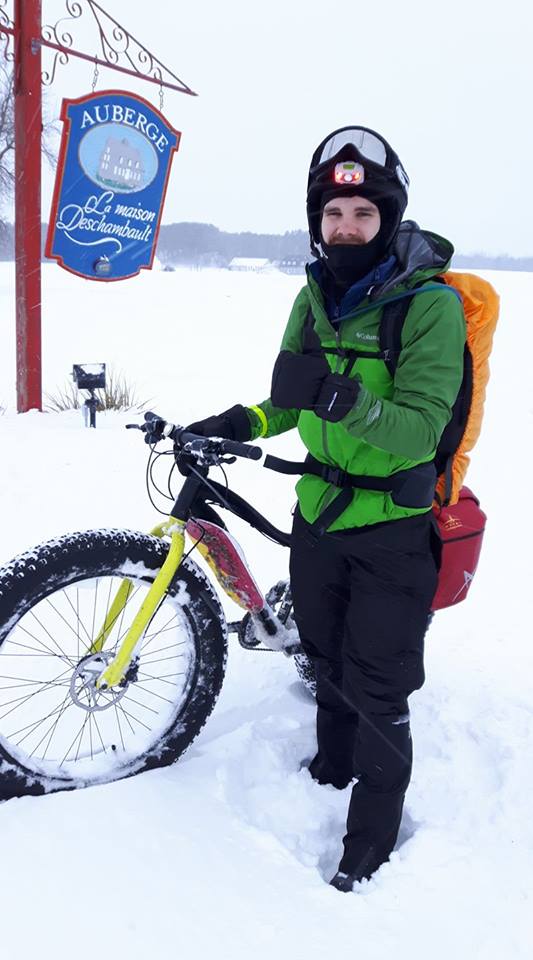 Guy Rouleau and Nicolas Berniquez-Villemaire left Quebec City from the town hall on Tuesday, Jan. 2 and hope to reach Windsor on Jan. 17. The pair reached the city limits of their hometown of Gatineau on Jan. 7 after four days on the road.

“We’re taking what they call in Quebec the Chemins du Roy. So it’s not the highway. We’re following (route) 138 in the province of Quebec. From Quebec City to Montreal and then we’ll switch on the 148 which is also a medium route,” Berniquez-Villemaire told CBC. “Honestly, there’s not a lot of cars on these routes right now. So it’s actually the perfect route for a fat bike.” 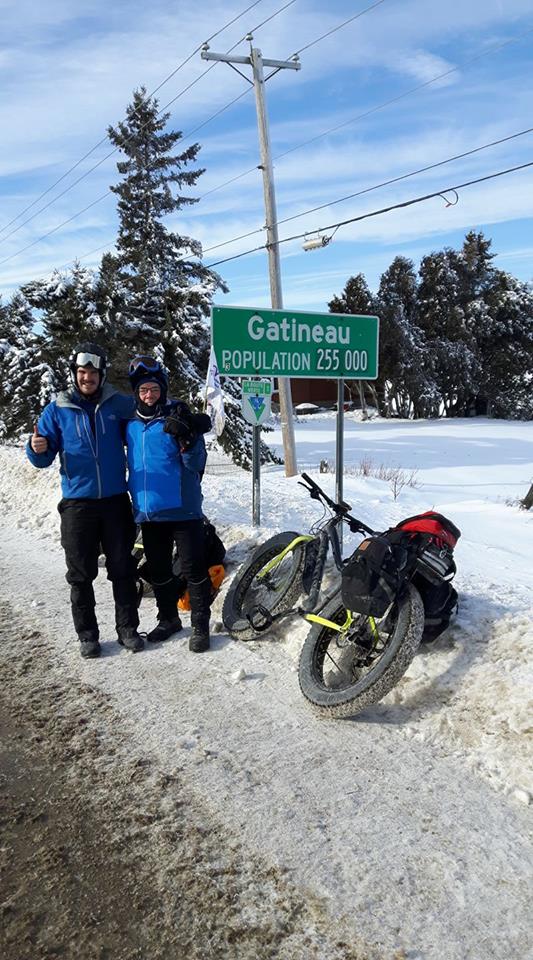 As they focus on the riding ahead the pair are also raising awareness for the Human Chain hoping to lay the groundwork for a Guinness World Record attempt in the Fall of 2017. Rouleau and Berniquez-Villemaire hope to start a campaign in the spring to get people to hold hands along the same route they are currently riding. That would require 1.25 million people in Quebec and Ontario to hold hands according to CBC.

“We needed something original to get our project known,” said Rouleau to La Presse. “We are riding from city hall to city hall following the same route the humane chain will be in the fall of 2017. We are talking about 1.25 million people who will hold hands to set a Guiness World Record for the longest humain chain which will stretch 1050 km.”

The record attempt is planned to take place a Sunday during October 2017 with Rouleau planning to launch a website for it in the spring. There is also a Facebook page for the event. Once launched, people who want to participate will be able to reserve a spot in the chain and they will be able to track where they are missing people. Despite the ambitious project, riding across Quebec and Ontario in the middle of winter is the first step in achieving their goal.

“It can snow, rain, it doesn’t really matter. It’s the wind,” Berniquez-Villemaire told CBC that was the biggest challenge. “We had a 50 km/hr wind right in front of us, so we were going seven or eight kilometres per hour … But when we reached the border of the St. Lawrence River near the coast, all the houses and the trees covered the wind and we were able to so we were able to make our 100 km (for the day).”

The pair hope to raise $10,000. Donations can be made at yoyomolo.com/lefatbikerun