Greeted by a group of cyclists, 18-year-old B’yauling Toni rolled into his hometown of Saskatoon on Tuesday evening after seven months and over 31,000 km on a solo, unsupported circumnavigation of the world by bicycle. Toni became the youngest person to ride around the world unsupported when his journey wrapped up after 205 days.

Toni set off on his ride six days after finishing high school on July 1, 2018. He pedalled across Canada from Saskatoon to Halifax. From there he flew to Portugal and rode through Spain, France, Belgium, the Netherlands, Germany, Poland, Lithuania, Latvia, Estonia, before entering Russia.

After riding across the vast expanse of the worlds biggest country he entered Mongolia and then headed through China to Shanghai where he flew to Perth, Australia. From Brisbane, he flew to Invercargill, New Zealand and rode to Aukland. The final leg of his journey began when he landed in Vancouver in the latter half of December. Since then he’s ridden across the Rockies and into the Prairies in the height of the Canadian winter.

“I was surprised by the mental drain of the constant grind. Over a long period of time my body is tired but recovers but my the mental struggle tends to just pile,” he said. “Things become hard to remember and my mind feels fuzzy and overwhelmed.

“There are times when I was struggling so much that I wondered why I was putting myself through this but I don’t think I would ever quit. In my mind it is not really an option,” he said after two of the hardest days of his trip.

Throughout his journey, Toni fell ill in the Gobi Desert in Mongolia and was unable to walk for a couple of days, he was struck by a car in New Zealand and in the fall lost his money belt containing $400. When faced with brutal headwinds and -20 C temperatures, he slept in a ditch for four-hours only to wake up to find out the conditions had worsened. Progress in the Canadian winter was hard and slow. 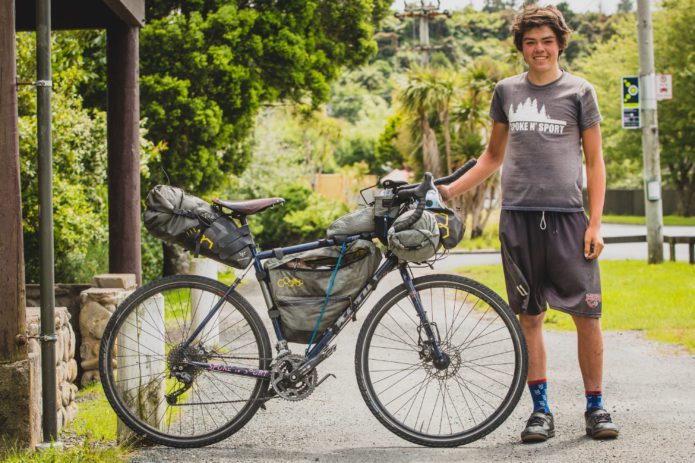 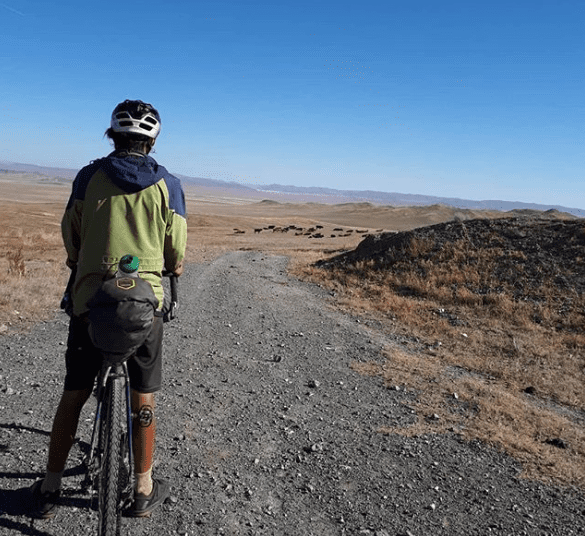 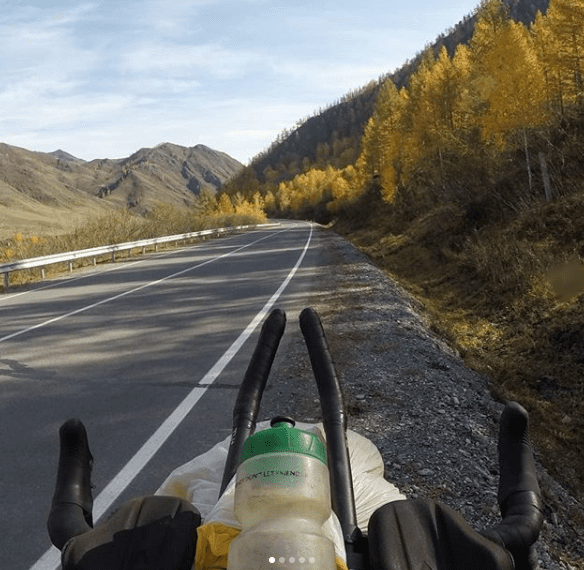 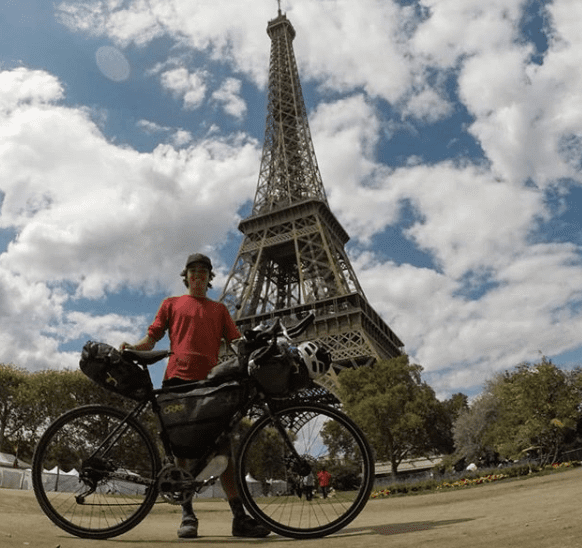 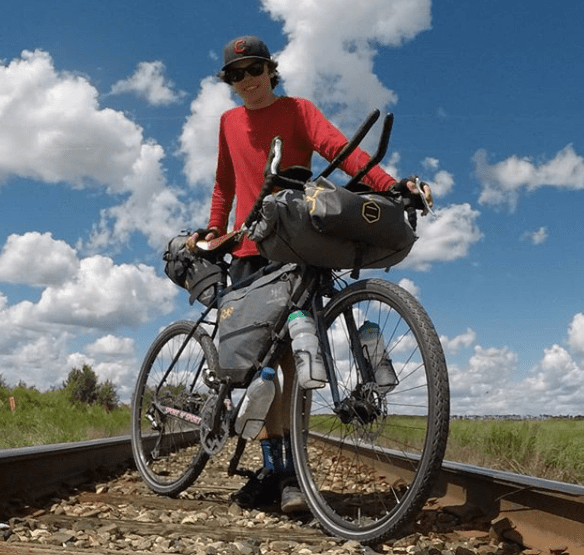 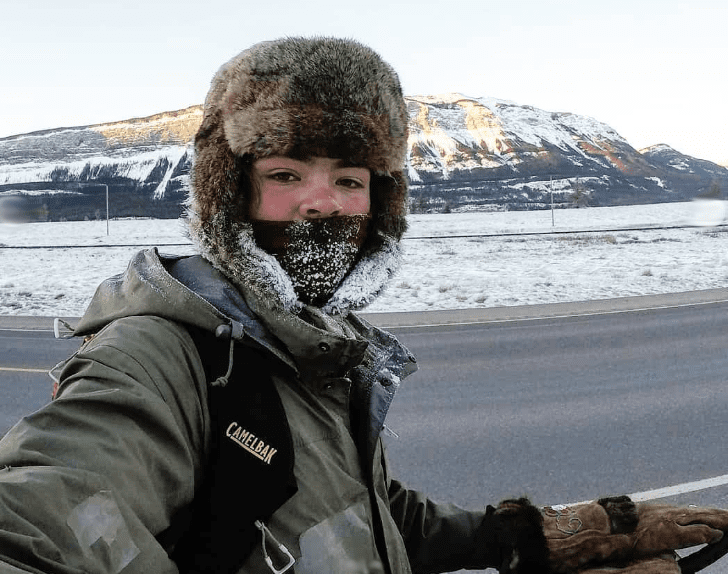 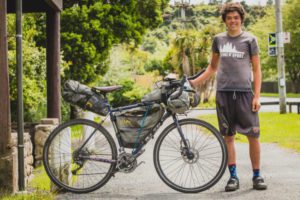 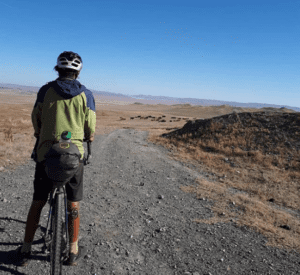 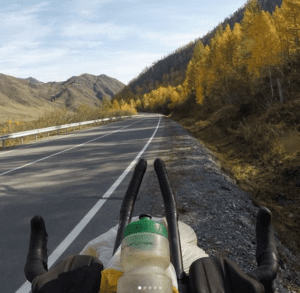 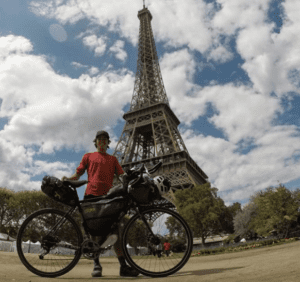 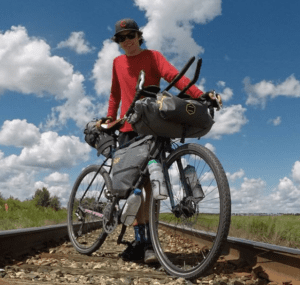 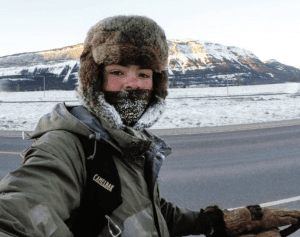 The trip helped him raise $12,610 as of Wednesday morning in support of the Outdoor School program which he attended in 2016. The program had a profound impact on his life. Through the funds raised by his circumnavigation, he hopes the program can continue to inspire and educate students and to raise awareness of the importance of making these sorts of programs available to youth.

Toni fell in love with long distance cycling when he was only 12 years old, and rode 1,500 km with his father and brother to Vancouver abroad a $100 girls bike bought at Walmart. He’s also completed the 4,963 km Great Divide Mountain Bike Route in 2017.

At 18-years-old at the completion of his 205 day ride, it eclipses the previous record held by Brit Tom Davies who was 19 when his journey was completed. But that’s not very important for Toni.

“I don’t think breaking the world record was nearly as important as experiencing the world. The record is a great way to give my trip a little guidance as well as fundraising for Outdoor School,” he explained.

To learn more about the trip or to make a donation visit B’yauling Toni’s GoFundMe page.