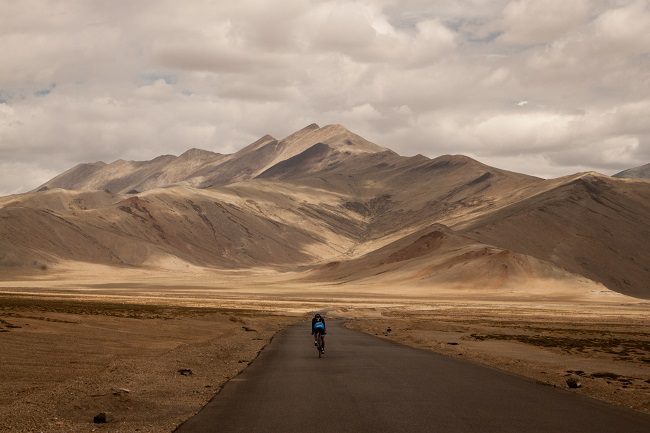 Jacob Zurl, no doubt, is no stranger to a tough challenge.

In 2014, the Austrian endurance rider chalked up the distinction of clocking a record time in crossing the Himalayas, traversing over 530 kilometres in only 38 hours and 40 minutes. That same year, he also completed a non-stop, 1,105 kilometre race starting in Graz, Austria: the Glockner Man, a grinding alpine challenge that took him across the mountains of Austria twice.

As icing on the cake, he also claimed the Guinness World Record for the most vertical metres cycled in 48 hours, when he put 28,789 metres of Austrian terrain under his rubber between April 20 and 22, 2012. Now, Zurl has another challenge on his radar, albeit one in a much, much warmer climate.

Starting on December 15 and finishing on December 17 of this year, Zurl will attempt to be the first cyclist to ride 1,400 km — the total length of Cuba from one end to the other — non-stop.

While it won’t be a route marked by the same high, intense climbs as crossing the mountains of Austria, a non-stop journey from one end of Cuba to the other presents its own challenges. First of all, of course, there’s the lack of sleep, something he’ll forfeit as he seeks to finish the trip in record time. That challenge alone will be made more difficult by the anticipated conditions: intense heat, high humidity, pockmarked road surfaces and limited bike infrastructure, to name just a few. Staving off fatigue over the course of the trip, Zurl will contend with temperatures of 30 degrees Celsius in the morning, 90 per cent humidity, and at night, even frost and low temperatures — 10 degrees is a possibility — will play their parts in testing the rider’s mettle. 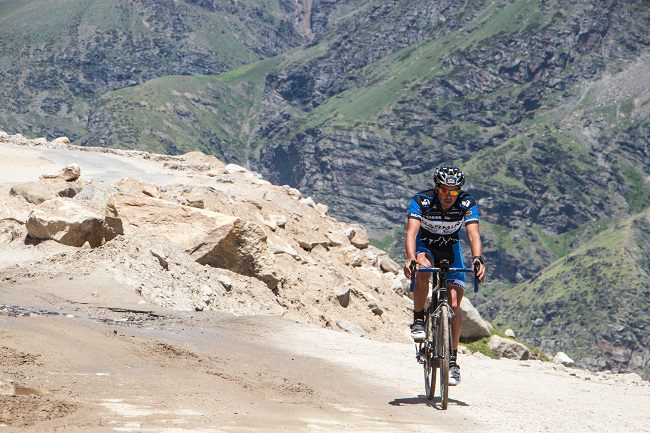 That his trip will take him through small, isolated farming communities, places where there will probably be fewer options for repair services than many cyclists would be comfortable with, only further serves to make things interesting.

Zurl, of course, isn’t diving into his grueling, 1,400-km ride unprepared. Before setting out, the intrepid cyclist will spend a week getting acclimated to the challenging, potentially oppressive climate, as well as trying out the local food options to see which would be the most helpful for his trip. The process of preparation for his December challenge has already started, in fact. For several weeks, Zurl has been building up his tolerance for high heat and punishing humidity, all but melting himself in a sauna. Having endured the heavy impact on his heart and lungs that biking the Himalayas induced, Jacob Zurl has no illusions about the hardships his Cuba expedition may throw his way.

Armed with a custom-built, carbon fibre ‘cross bike with wide tires and a suitably robust frame, though, there are many ways in which Zurl is both prepared and properly equipped already. All that remains now is putting rubber to the road.

“Nobody has done a comparable challenge in such high heat and humidity up to now,” Zurl said. “I believe my love of endurance cycling and unexplored cycle routes, as well as the support of my team and my family, will get me through.”