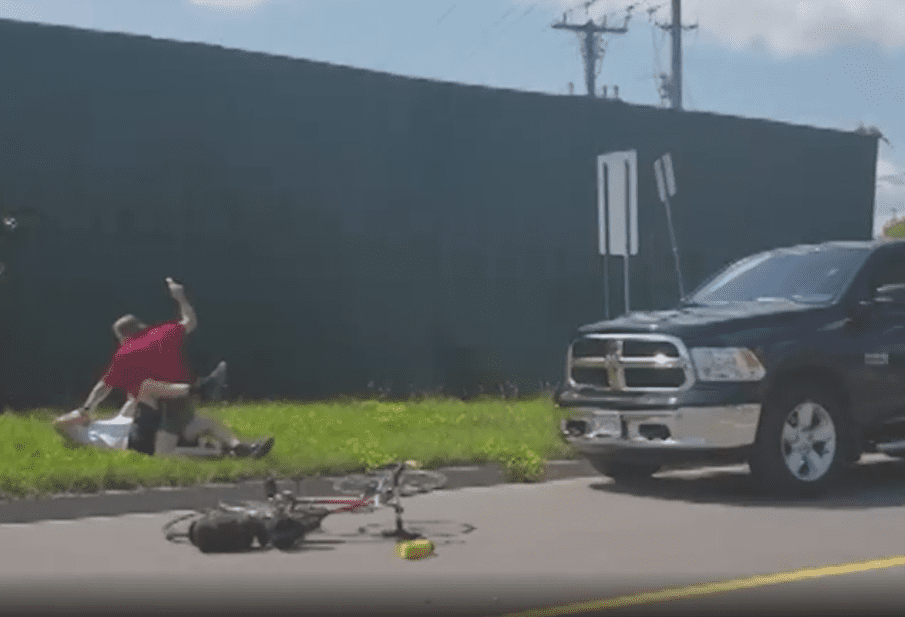 Watching the video of a Peterborough cyclist get beaten set off an emotional kaleidoscope. I cringed and was repulsed at the brutal nature of the assault, a pickup driver using a club to smash the skull of an elderly cyclist pinned on the ground, blood streaming from his head. I simply could not believe this was happening.

I then filled up with anger and rage, the archaic underbelly of one’s primeval self brings out ruthless thoughts of protection and retribution. I wish I was there. Thankfully those feelings vanished quickly. I was left with, “What the hell is going on?” Is this where things are progressing as we demand greater equality among road users? I have spent more than 20 years suing drivers for their bad conduct, seeking civil redress for the destroyed lives and families left behind, and demanding greater protection and space through our laws, but I never envisioned “bike versus cars” was coming down to this.

Was this a sign of escalating driver/cyclist aggression? Is it due to bike lanes? One-metre laws? Are we going to face drivers brandishing tire irons when we curse back at them? Do we need to carry protection?

I am pleased to say, I highly doubt it. Why? Because our police and criminal justice system will deal harshly with this guy. He will likely find himself behind bars and he will have a criminal record. The court will send a reminder that this barbaric behaviour will not be tolerated, in much the same way had he beaten a neighbour on his front lawn. Even though the sentence will likely not be as severe as many would like to see, it will be substantial. He used a weapon in a violent assault and he will pay for it.

So, the system is working right? Well, not really.

Step back and think. What if this backward Neanderthal decided to take a different approach? What if instead of stopping and selecting his club, he chose his truck as his weapon? What if he did a few punishment passes with his pickup truck, purposely turning in as close as possible to the bike? The elderly cyclist would get spooked, turn away, catch the curb or soft shoulder and find his head smashing against the pavement or heading into a car or tree. What if the driver decided to use his door to bash the cyclist as he drove by, or better yet, to deliver a right or left hook so the rider slams into the side of the truck? Or perhaps even more aggressively, just run him down from behind?

Perhaps with the exception of the latter, all these events happen on a daily basis on our streets to those that ride. Yes, many times they are careless and reckless acts, but for many of us, we know full well sometimes it is an intentional act to either threaten or actually engage in violence with us. It happens far too frequently to us. The post-pass horn blast or middle finger tells me loud and clear of a driver’s intent.

I have had countless cases where the car is the weapon of choice. The consequences to the cyclist are far greater than a club to the head. As to what happens to the driver, it’s very little. If you report the road rage to the police, their response is minimal. When charges are laid, the tendency is to do it under the Highway Traffic Act, which results in a traffic ticket. For the few charges that do result in a conviction, the penalty is a paltry fine (unless the driver is drunk, thanks to MADD).

So back to our system, what needs to be done? Firstly, go after this assailant with the full force of the law. This will happen. Secondly, demand that those who use a car in a similar and violent manner meet the same harsh response. Lastly, for those careless and reckless drivers who kill and maim, a fine is not acceptable. We should ensure vulnerable road user laws are passed to send a message that if you hurt or kill a cyclist, you will be subject to added penalties far beyond what exist.

Until, as a society, we tear away cultural norms that give the car “a free ride,” the system will always remain broken. Not so much for the thug who used the club, but for those thugs who choose the car as their weapon of choice.