After making news with an ambitious ride across Africa in February, a squad of Canadian cyclists is at it again, taking their advocacy for clean, safe drinking water for the world to the open road. Unlike that African trip, though, the ride they’ll take next crosses terrain much closer to home.

The journey from Vancouver to Calgary kicks off in June.

“This year,” said Sarah Bartley with World Vision Canada, the cyclists’ partner organization, “three to six riders will cover 1,050 km from downtown Vancouver to downtown Calgary in five days, drinking from only fresh water sources.” Like a similar trans-mountain ride in 2015 and the African trek that followed , the journey is part of an initiative called Wheels for Wells, and will include David Custer, Sarah Fillier and Brad Sawa. Others, of course, are expected to join the group as the weeks tick down to departure.

The purpose of the squad’s ride, Bartley explained, is the same mix of fundraising and advocacy that has previously inspired both the public and the riders themselves.

“The goal of these athletes,” she said, “is to raise awareness and funds for the 663 million people on Earth who do not have access to safe and clean drinking water. Last year, the ride was a humbling and a satisfying experience.” En route, drinking from lakes and streams, the riders consumed only the purest water sources available—an abundant resource in Canada. To those who encountered the squad as they neared Calgary, the riders’ remarkable trip, Bartley noted, became a powerful talking point.

“The cyclists were able to bring up the important conversation of the global water crisis in the many communities that they rode through,” Bartley explained. “This year, they hope to do the same.”

Speaking with Canadian Cycling Magazine, Custer looked back on those experiences, noting the challenges that the squad faced. Crossing the mountains, of course, was one of them, but even that challenge underscored the meaning of the Wheels for Wells mission. “No matter how hard Coquihalla Summit and Rogers Pass are to ride on a bike,” he said, referring to a pair of climbs through British Columbia’s Cascade and Selkirk mountains, “they will never be as hard as trying to find water in a place that has none to be found.”

Denying themselves the usual hydration of a long-haul bike trek isn’t an exercise in sacrifice, though. As Custer explained, it’s to drive home the point that Canada is swimming in a precious resource known to much of the planet for its dire scarcity. 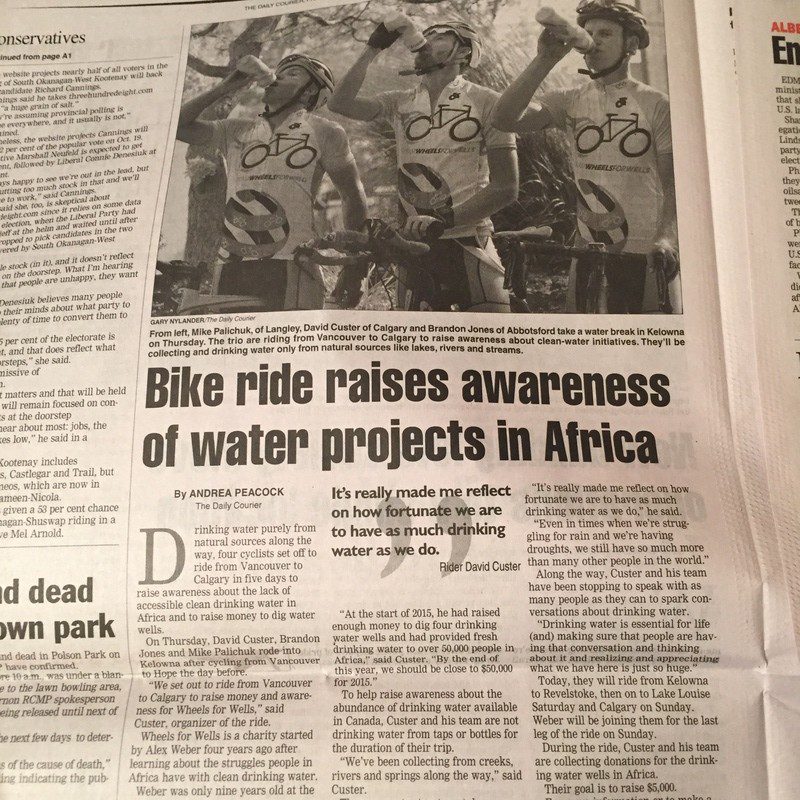 “We will be using no tap or bottled water to illustrate how easy it is to find water in a country like Canada,” Custer explained, “versus so many countries around the world where it can range from difficult to near impossible without water wells. It’s incredible how easy it is to find water along the route. Even last year, during a Level 4 drought in the Okanagan, there was plenty of water to be found.”

Custer noted that what Canada calls a drought is a wellspring to the regions he and his squad plan to support. Further, he wants other Canadians to know it. 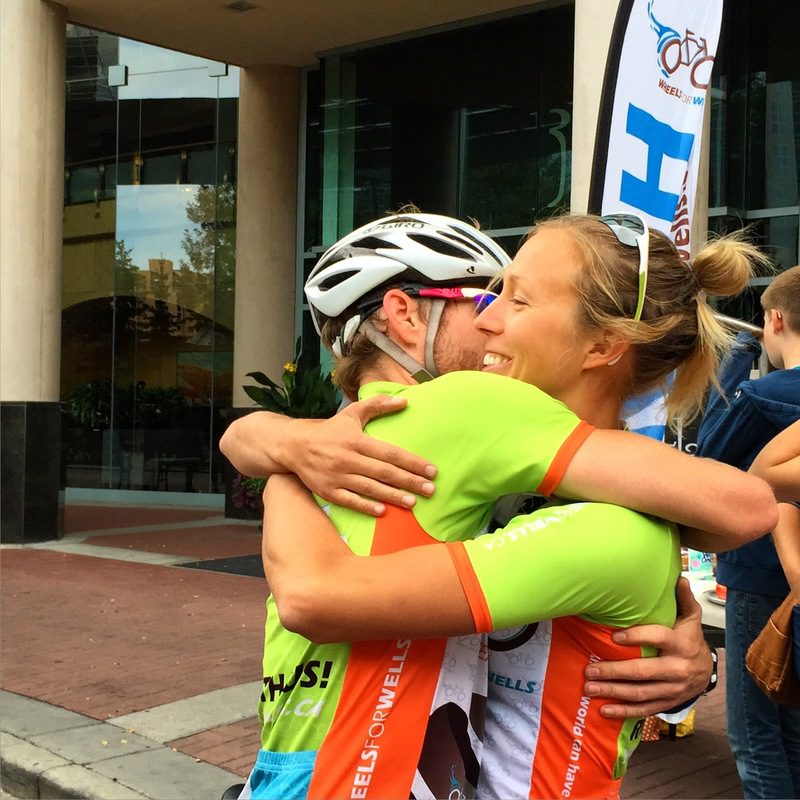 “Our main goals with the tour,” Custer told Canadian Cycling Magazine, looking ahead to when his eastbound ride leaves Vancouver once again, “is to create awareness and raise funds so that we can ultimately help people have safe water to drink and stay healthy.”