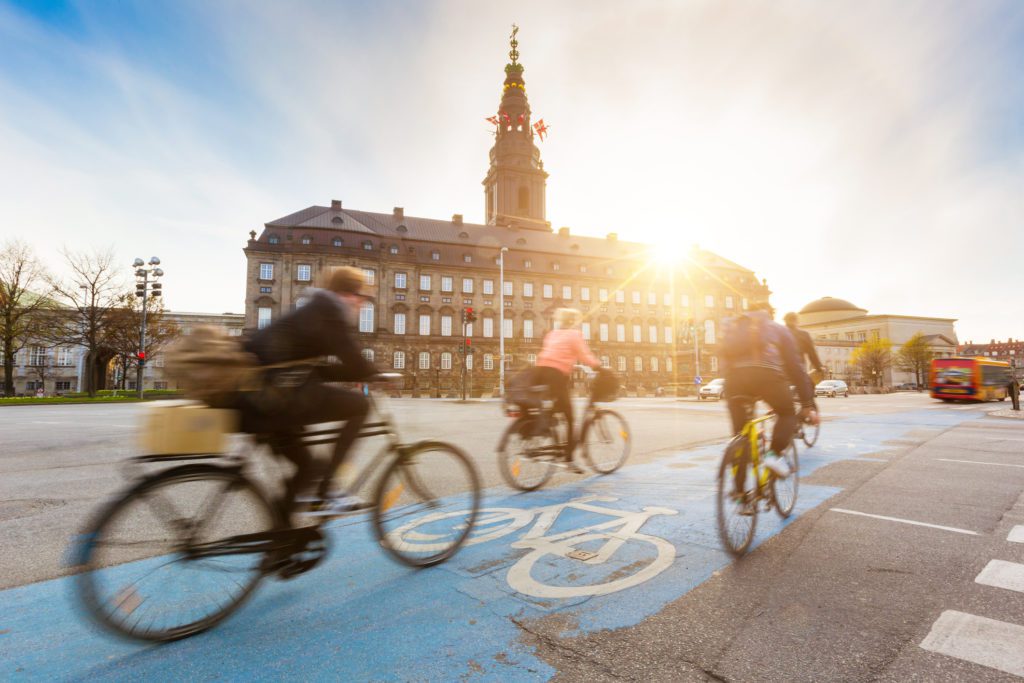 According to the latest official traffic count in the Danish capital city of Copenhagen, the number of bikes has surpassed the number of cars on the road in October.

Sensors in the downtown core recorded an increase of 35,080 bicycles per day on the road over the last year bringing the daily total to 265,700 in a 24-hour period. The daily number of cars traveling in or out of the same area decreased to 252,600. 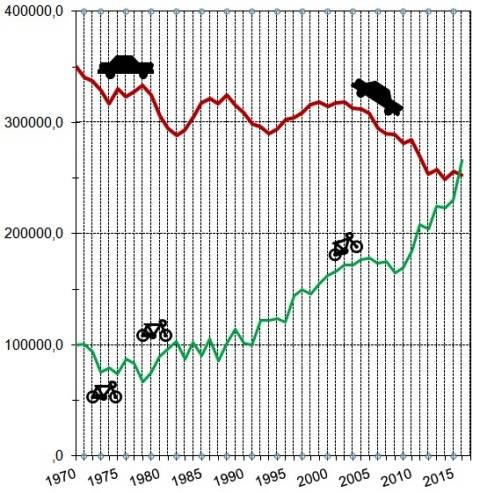 The numbers represent a drastic shift from when the city began recording the number of cars and cyclists on the streets. In 1970, there were 340,000 cars and 100,000 bicycles on the road.

RELATED: The bicycle that proves cycling is the new golf

Copenhagen has made significant efforts to encourage people to make more of their trips by bicycle initiating a massive infrastructure plan in a drive to get more cyclist on the roads. Since 2005, the city has invested 1 billion kroner ($190 million) in projects to make the city more cyclists friendly such as building segregated bike lanes. The efforts have produced results with the number of trips being made by bicycle increasing 68 per over the past 20 years.

The Copenhagen mayor for technology and the environment, Morten Kabell told the Politikien, “I’m really glad that for the first time we are experiencing more bikes than cars. It shows that the investments we have made work,” said Kabell. 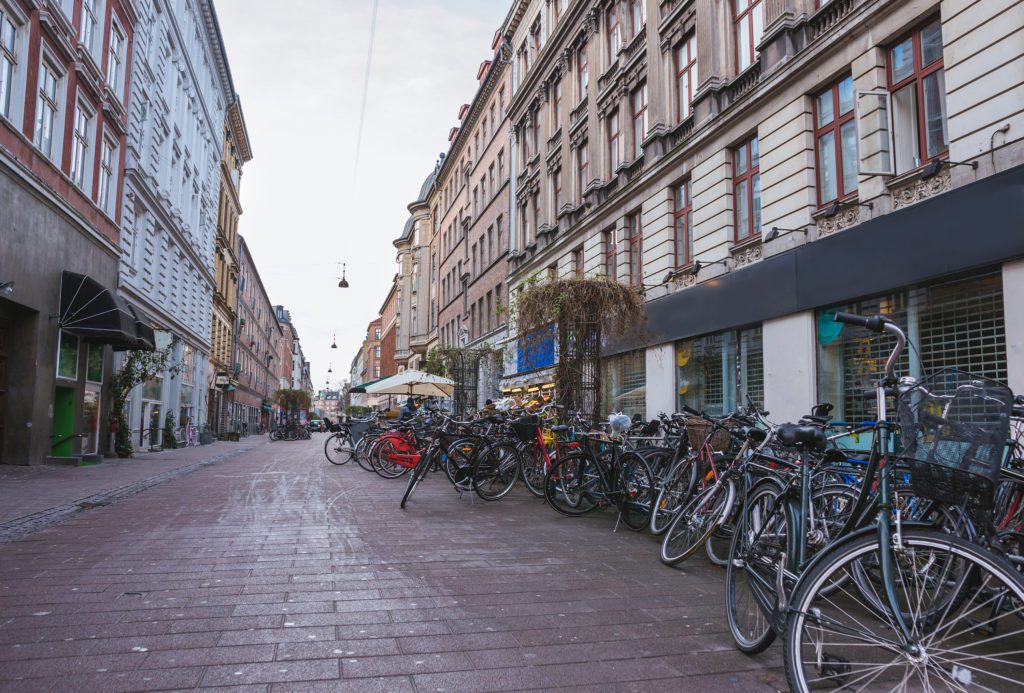 “It is clear that it is a challenge for the capacity of the cycle lanes. They must be able to cope with the volume of traffic. We have to make some hard choices about space and this means are more places in Copenhagen where how the road is designed must be changed,” he explained.

Cities across Canada have been making commitments to increase cycling infrastructure in order to unclog congested roads and promote making trips by bicycle more feasible for city dwellers. Edmonton will receive a grid of segregated bike lanes in 2017 while Vancouver and the province of Ontario have made commitments to increase funding to projects which include bike lanes.