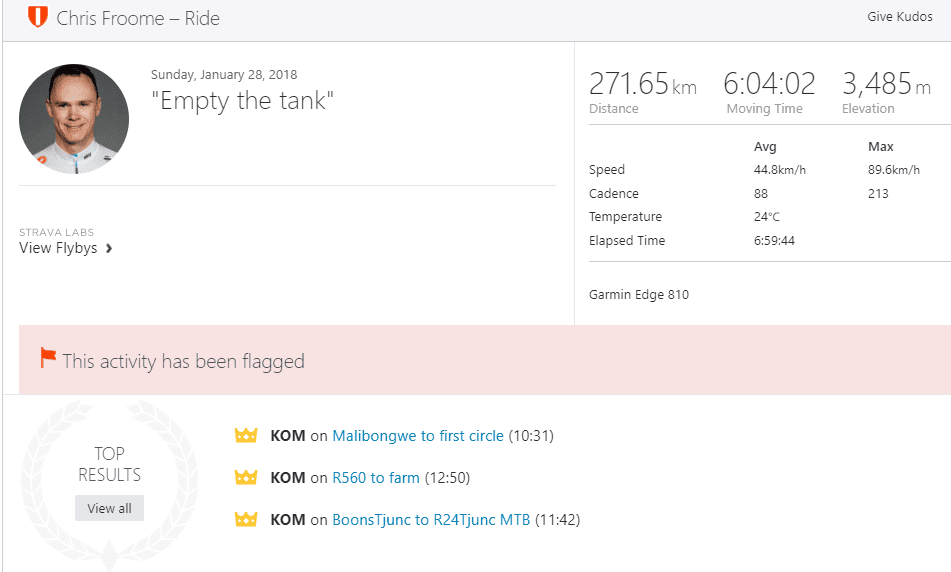 Four-time Tour de France winner Chris Froome cranked out a pretty solid ride to end the week on Sunday which he posted on Strava. So incredible in fact it’s been flagged like the urine sample he gave after Stage 18 of the Vuelta a España. While he is now facing an anti-doping trial regarding his adverse analytical finding for salbutamol from the Vuelta, Strava is also reviewing an enormous 271 km ride he posted on the activity sharing social media platform.

Chris Froome is preparing in South Africa for a run at the Giro d’Italia and Tour de France in the coming season despite currently mounting his defense in the face of a potential suspension. On Sunday, he concluded a big week of training with a 271 km ride which featured 3,485 m of elevation gain. Over the course of the ride, he averaged an incredible 45.6 km/h according to the Strava post. Froome, like many pros, are often accompanied by follow vehicles on their training rides and to reach speeds like that he would have had to have spent a fair bit of the ride motor pacing. The ride time was six hours and four minutes and the temperature was a pleasant 24 C. The ride capped a 33 hour week on the bike for Froome during which he covered 1,130 km. 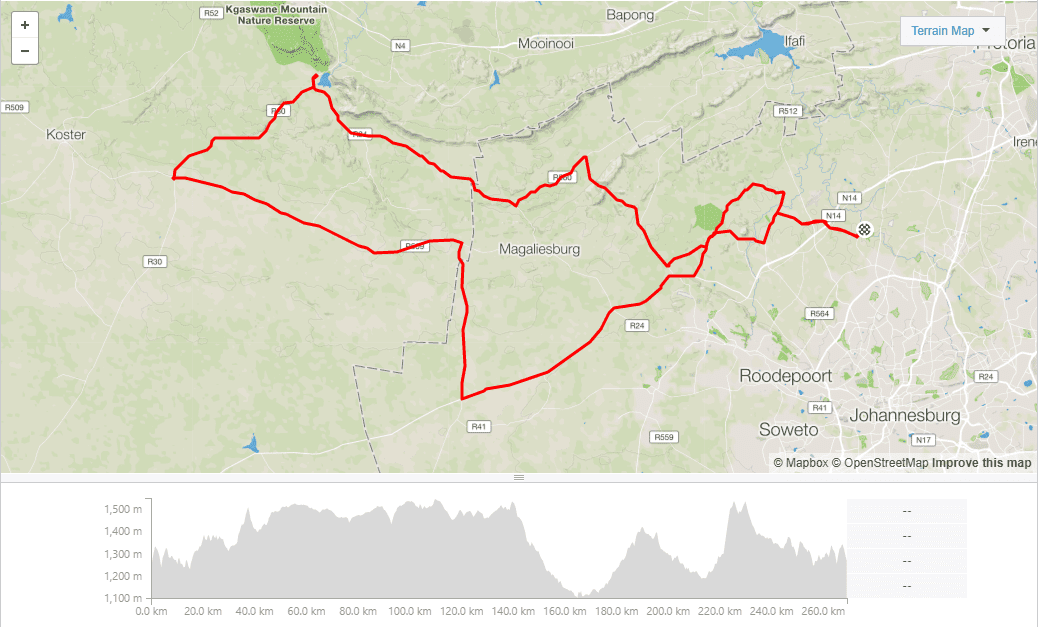 A pro race that is comparable in length and elevation gain to Froome’s ride is perhaps Liège–Bastogne–Liège. In 2017, the one-day Monument was won by Alejandro Valverde. The race covered 258 km and featured a top more elevation gain at about 3,900 m. The winners average speed was 40 km and Valverde was part of a speeding peloton with the whole Movistar team there to help him get to the line first.

The big ride which Froome titled “Empty the tank” drew a fair bit of attention with Strava users immediately becoming skeptical. While 17,554 people gave Froome kudos (as of Tuesday morning) the comments section was filled with skeptical users. “NOT POSSIBLE! Even behind a mo,” one wrote. Others saying Froome must have been using a motor in his bike. There were others who were impressed with the ride with comments like, “Insane!!!”, “Bonkers”, and simply “Wow”.

There’s one thing that’s for sure, Froome posting his rides on Strava since the new year has gleaned new light on what his grand tour preparation looks like. Since the new year, he has posted three consecutive 30 plus hour weeks and hasn’t taken a single day entirely off the bike.

While Froome is set to plead his negligence for his adverse analytical finding for salbutamol to the authorities, a more pressing matter for the team at Strava is getting to the bottom of whether this training ride is even real.