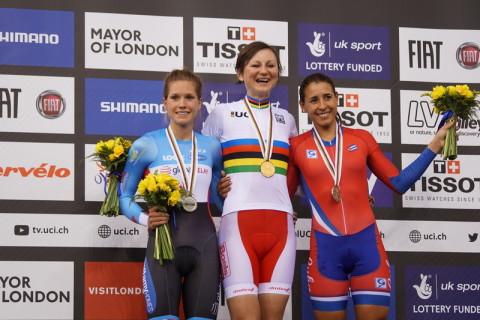 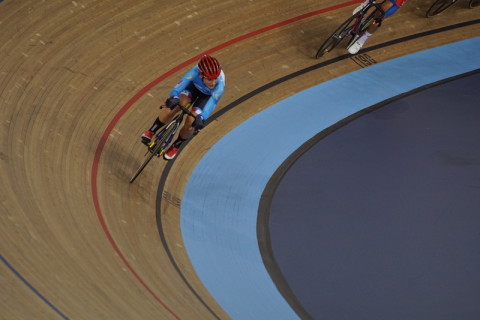 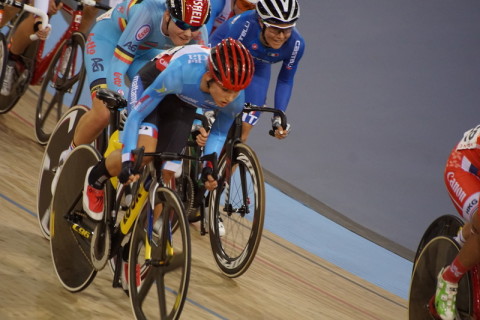 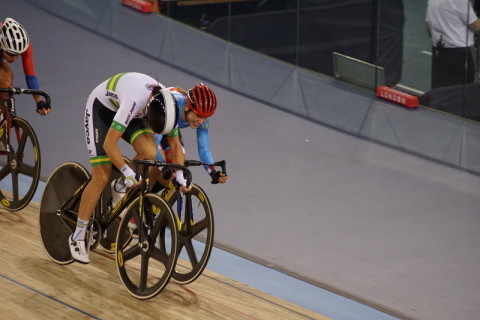 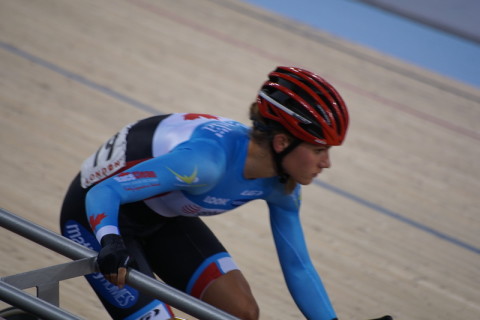 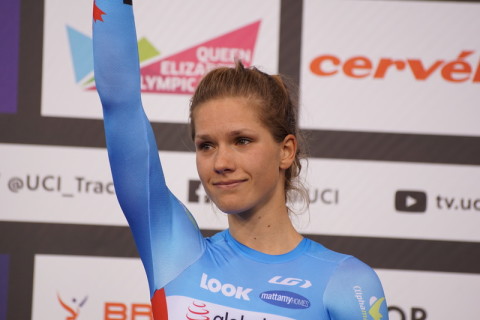 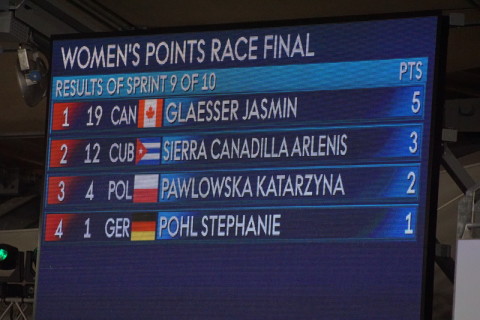 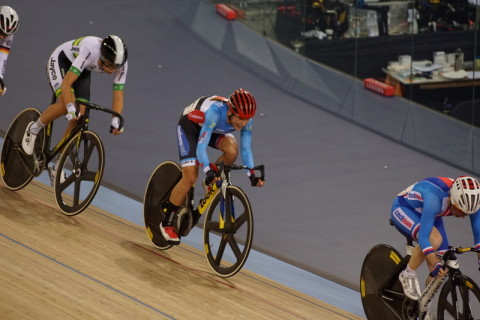 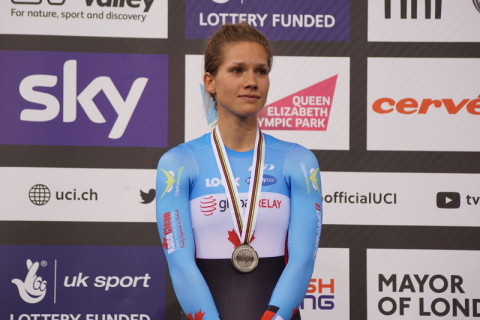 To start the gallery of images by Kevin Mackinnon, click an image and use your keyboard’s arrow keys to navigate. For image information within the gallery, click the ‘i’ icon.

It was a heartbreaking loss in the sprint for the gold medal, but considering Jasmin Glaesser almost couldn’t make the trip, her second silver medal in London is an impressive result.

Make no mistake—Jasmin Glaesser might be one of the most well-spoken and positive representatives Canada has on its national cycling team, but behind her upbeat and positive demeanor is an incredibly driven woman who really likes to win.

In tonight’s points race here at the Track Cycling World Championship in London, Glaesser made an incredible comeback in the last half of the race, “losing” gold in a close sprint. After winning the penultimate sprint to move into contention, Glaesser took third in the final sprint – had she been second she would have won the race.

“Well, it’s bittersweet,” she said, asked if she was happy with her medal. “One hundred laps of racing and it came down to the final sprint, and not even a half bike length for the world championship jersey. That’s a tough one to swallow. Honestly, I didn’t have the best race starting out, so I have to blame myself for that. I didn’t race very smart in the first half of the race, but luckily enough I was able to make a little bit of a comeback and gain a few points towards the end, but it wasn’t quite enough.”

This picture says it all. Heartbreak out there today but nothing but love for my team & all the support. Thank you! pic.twitter.com/OfHuRJF11C

“It didn’t start out very hard, and the harder races typically suit me a lot better,” she continued. “I’m more used to a race of attrition where everyone’s trying to go for the laps, but this came down to a bit more tactical play and setting up for the positioning in the sprints, which isn’t really my strong suit, but I had to adapt and luckily I was able to make up a bit of ground. It’s a tough loss.”

While it might have been a tough loss, it should be remembered that a few weeks ago, it wasn’t even certain that Glaesser would be able to compete here. Still recovering from a concussion she sustained in a crash during the Hong Kong World Cup, it was uncertain whether or not she would be able to return to competition.

“I have to keep perspective,” she said. “Two days before we were supposed to fly here I literally couldn’t get out of my bed and I was very close to not making the trip in the first place. So, if I think back to that, I have to proud of myself, and certainly have to be proud of my team for supporting me through that.”