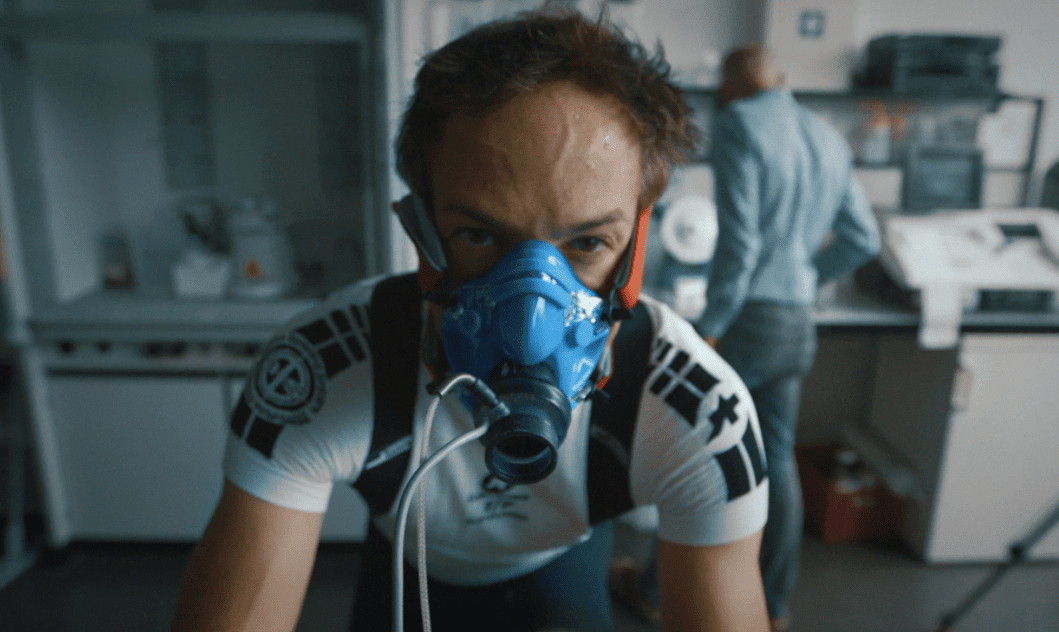 The filmmakers dedicated their win to Russian chemist Grigory Rodchenkov who became a whistleblower helping the filmmakers and anti-doping officials expose the scheme while putting himself in danger. Backstage, the filmmakers called for the resignation of International Olympic Committee president Thomas Bach who they described as “a crook.”

“We hope Icarus is a wake-up call, yes about Russia, but in the importance of telling the truth, now more than ever,” ]Fogel said in his acceptance speech.

The film documents Fogel’s plan to dope and compete in an amateur cycling event. The film took an unexpected turn when they ended up uncovering one of the biggest doping scandals in recent history. Fogel wanted to do a Super Size Me style documentary of doping himself and then racing an Haute Route cycling event while evading positive tests in order to expose the shortfalls of the World Anti-Doping Agencies testing regime. Rodchenkov, the head of the WADA-accredited Moscow drug testing laboratory, was asked to help in Fogel’s scheme. What unfolded was unexpected and shook the world of sport.

“For me, the story was me going through on camera what pro athletes do,” Vogel told Indie Wire. “With this crazy Russian scientist advising me, which he shouldn’t have been doing. He was funny and compelling as he sees me evading testing and interviewing sports leaders and anti-doping officials.”

The story began to evolve much more rapidly than originally anticipated. Rodchenko left Russia for the U.S. with a computer hard drive full of incriminating evidence that Russia’s Olympics team was extensively doping and using an elaborate evasion system to avoid testing positive test deployed since the 2014 Sochi Games.

“We were sitting on a nuclear bomb,” explained Fogel who went out and got needed funding to expand the scope of his film. “The only people who had this information were me and Grigory. It was scary when I understood how big it was, and what it could mean in terms of changing Olympic history. It was fraud on an international level that made Armstrong look like a needle. And I had Grigory’s life in my hands.”

The real-life drama that unfolded and caused many to lose faith in sport was been turned into the documentary Icarus which received widespread acclaim and now can count an Oscar amoung it’s accolades.