Joe Biden was spotted riding in Cape Henlopen State Park this Saturday. The former vice-president and his wife, Dr. Jill Biden, greeted reporters with a wave as they rode by, followed by a secret service detail (also on bikes).

Joe and Jill Biden head out on a bike ride this morning in Cape Henlopen State Park pic.twitter.com/fwQLYQ55O2

This ride wasn’t the first time this year Biden was spotted on a bike. He also took to the road in August, prompting conservative American news outlets to question the safety of a  77 year old biking. In response to that ride, Trump declared his aversion to cycling while delivering a speech in Pennsylvania this year. “I’ll never be riding a bicycle,” he said. “I’m not getting hurt riding a bicycle.”

The newly elected vice-president is also a fan of outdoor physical activity. Kamala Harris was mid-run when she found out they had won the election.

The Bidens clearly use these bikes beyond the press opportunities—Joe’s bike is equipped with a light and a bento box on his top tube and Jill’s bike features a bar bag for longer rides. Her Oceanweave P7 Handlebar bag is made by Canadian company Axiom out of sustainable ‘Oceanweave’ fabric: Recycled reclaimed ghost gear fishing nets with waterproof polyurethane coating.

Joe’s bike even has a cable lock around the seat tube, revealing that bike theft is a problem even for the future president of the United States. 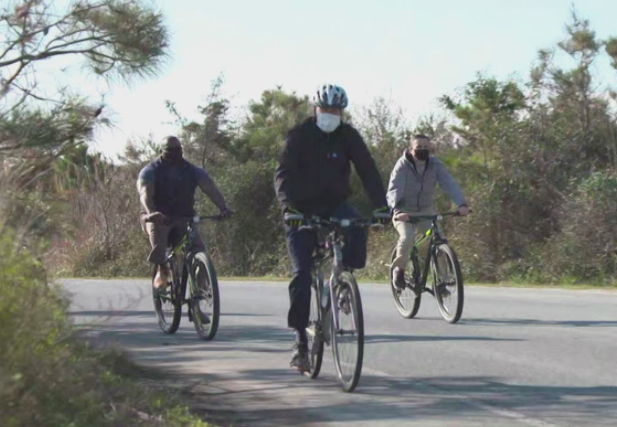 RELATED: Bike thefts are increasing in Canada: Here’s what you can do to protect your bike

Biden has also clipped a basic bike computer to the handlebar of his hybrid bike. The CatEye CC MC100W Micro Wireless Computer tells him his speed speed and time, but doesn’t track his route, which makes sense from a security perspective. 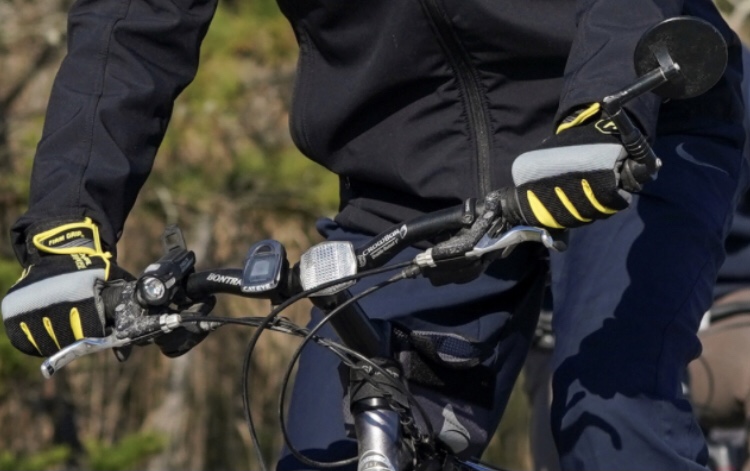 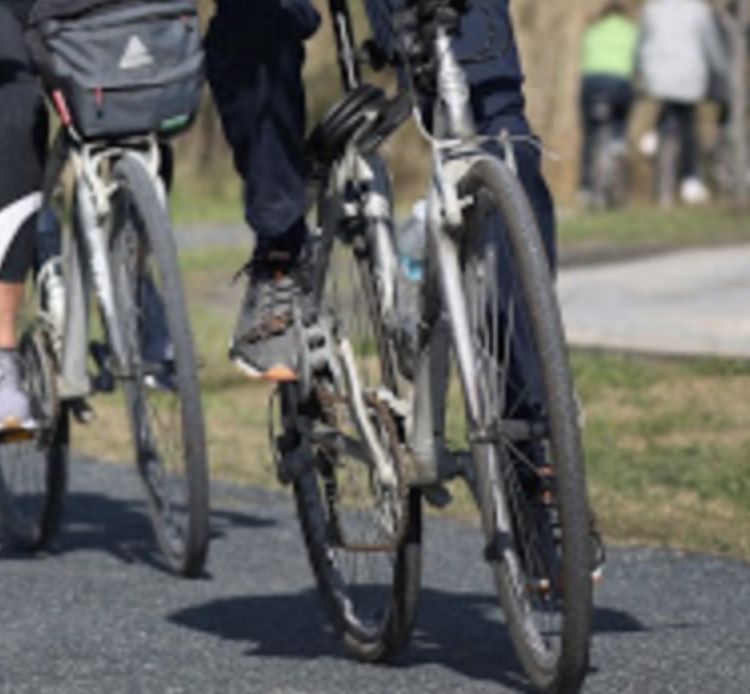 The president-elect's chain is looking a little rusty 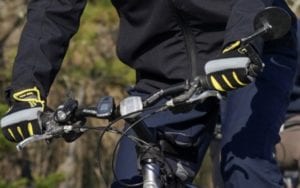 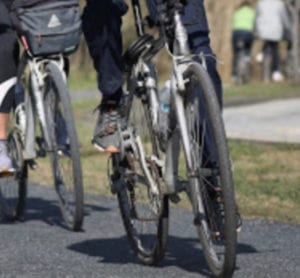 Though he has a bunch of gadgets on his ride, it looks like Joe’s chain is getting a little rusty and should probably be replaced.

The president-elect currently lives in Greenville, Delaware about 153km form Cape Henlopen State Park. The costal park has a network of a little over 5km of accessible trails, which (in non-COVID times) can be accessed by anyone using the park’s free borrow-a-bike program.