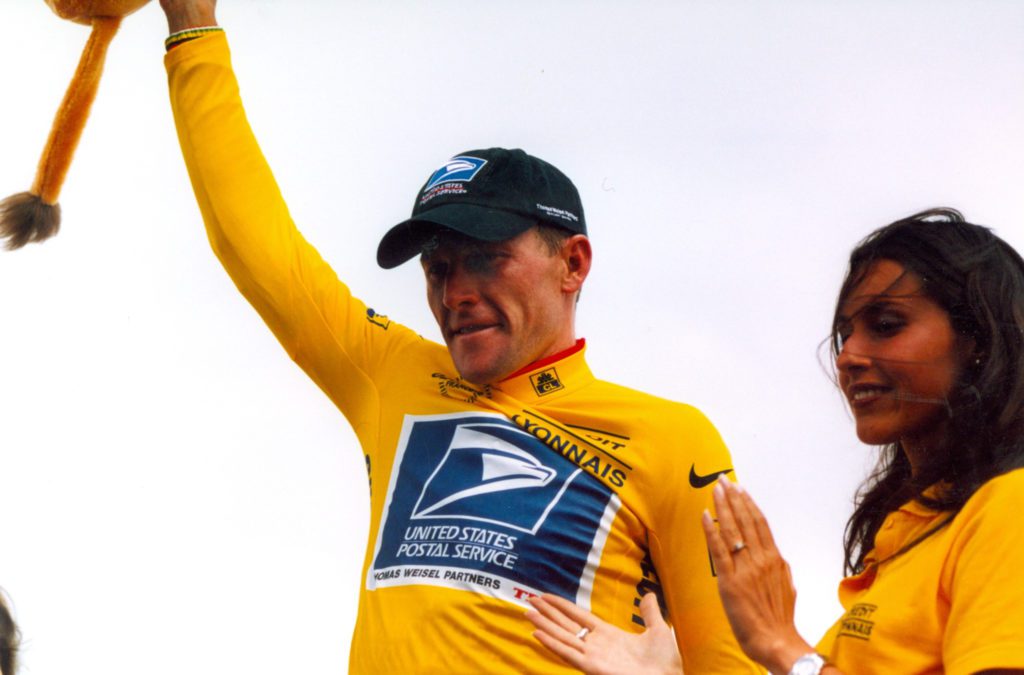 A US$100 million lawsuit against Lance Armstrong will proceed to trial and the former professional cyclist had a lighthearted moment amidst the recent news. The 45-year-old, who was once a seven-time Tour de France champion before those titles were stripped, shared a photo on Instagram showing he owed the United States Postal Service an additional $1.09 in postage costs.

“That moment when you realize U.S. Postal Service wants $100 million plus a dollar and 9 cents from you,” he posted to Instagram from his home in Austin, Texas. The photo is an envelope addressed to Armstrong, originally delivered from Portland, Ore., with a hand-written calculation showing an outstanding payment.

That moment when you realize @uspostalservice wants 100 mil plus a dollar and 9 cents from you.

“Hi,” the accompanying note in the photo reads, “this package requires an additional $1.09. If you will please leave it in the mailbox again please, that would be great. Thanks and have a nice day! Mail carrier.”

According to USA Today, the government, on behalf of the U.S. Postal Service, is suing Armstrong for US$100 million in damages after the agency sponsored the cyclist from 2000 to 2004. The independent agency, according to the report, would not have paid Armstrong the US$32.3 million had they known he was using performance-enhancing drugs. The remaining damages are being claimed under the False Claims Act.

The federal court judge determined that a jury shall decide whether the argument, which the Armstrong camp put forward, that “the U.S. Postal Service received far more in value from the sponsorship than the US$32.3 million it paid” is valid or not. Armstrong admitted to doping in 2013.