Mathieu van der Poel impressed everyone in the world of cycling during this weekend’s Strade Bianche. He attacked with a riveting sprint in the final 400 metres, dropping Julian Alaphilippe and Egan Bernal off his wheel to take the win.

I’m fairly confident I couldn’t go faster than this on the flat 😂 https://t.co/GH42fNFGB4

In an exciting development for the data nerd in all of us, van der Poel has posted his Strava file for the 2021 Strade Bianche. He added no comment to the ride, only three photos of himself riding and the gold cup emoji. 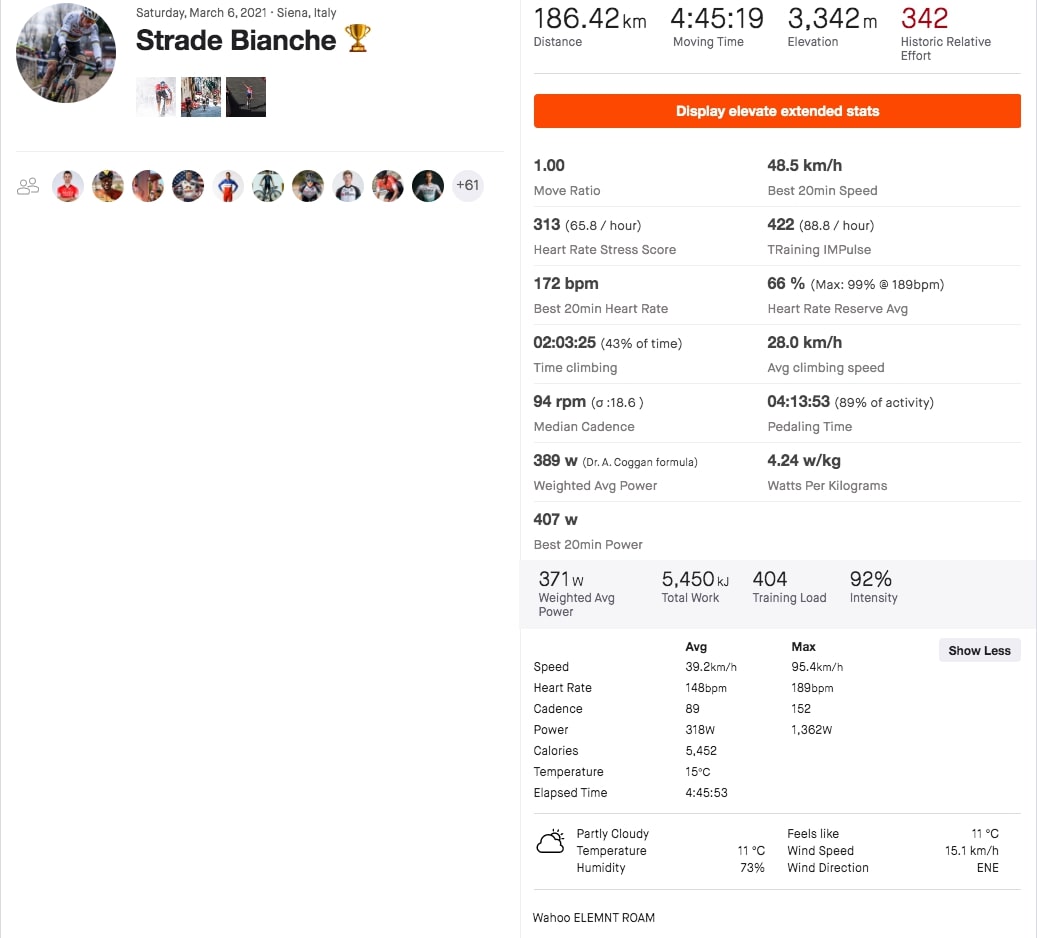 During the 186km race, van der Poel’s normalized power was 389W—he maintained a 4.24 W/kg average and a 5.18 W/kg weighted average. His heart was beating at an average of 148 bpm, though it maxed at 189 bpm—one of the only listed stats that many of us could top.

The 26-year-old claimed the KOM for the final 25km of the Strade Bianche, along with nine other KOMs and numerous top 10s. He rode the final 25km in 39 minutes and 20 seconds, at an average speed of 39.4km/h, average heart rate of 170 bpm and average power of 382W.

During the final gravel section where he attacked (Le Tolfe), van der Poel averaged 738 watts for 1:06.

After almost five hours of hard racing through the Italian country side, van der Poel finished the race by putting down 1004W for 20 seconds on the final climb to the finish up Santa Caterina.

He was actually only the eight fastest time on the strava segment, but the top three finishers took the start of the climb at a relatively steadier pace before van der Poel’s 20 second sprint near the top of the segment.