Alpecin-Fenix’s Mathieu van der Poel was victorious in the chaotic sprint of Friday’s first stage of the 2022 Giro d’Italia to pull on the race’s first pink jersey. He also led the Tour de France last year after victory in Stage 2. Friday’s opener took place in Hungary, the first of three days in the nation before a transfer to Italy.

Van der Poel’s Alpecin-Fenix, EF Education-Easypost and Intermarché-Wanty-Gobert Matériaux did the work at the pointy end of the peloton and the Drone Hoppers were scooped up with 14 km to ride.

AG2R Citroën’s Lawrence Naesen attacked with 3.5 km to go. Lennard Kämna jumped out from the peloton and flew past Naesen, with a 5-second lead by the red kite.

Davide Formolo went as soon as Kämna was reabsorbed. The front of the reduced bunch reformed. Caleb Ewan was still there for the final sprint but he crashed when he touched Biniam Girmay’s back wheel. Van der Poel came around Girmay and held fast to take the win, not even having the energy to celebrate.

Ladies and gentlemen, your first stage winner but even better, your first MAGLIA ROSA in this 2022 @giroditalia 💞 pic.twitter.com/ydKaALJuCB

The uphill finish was perfect for MvdP’s punchy sprinting skills. He finished the 207.67 km stage in 4:56:45 with an average wattage of 249. But the final climb was where he really showed his incredible power. Despite the almost 9 percent grade, MvdP kept the speed between 32-37km/h…with a max wattage was 1166! MVdP will be in pink for tomorrow’s stage, which he most certainly will be aiming to keep the lead. 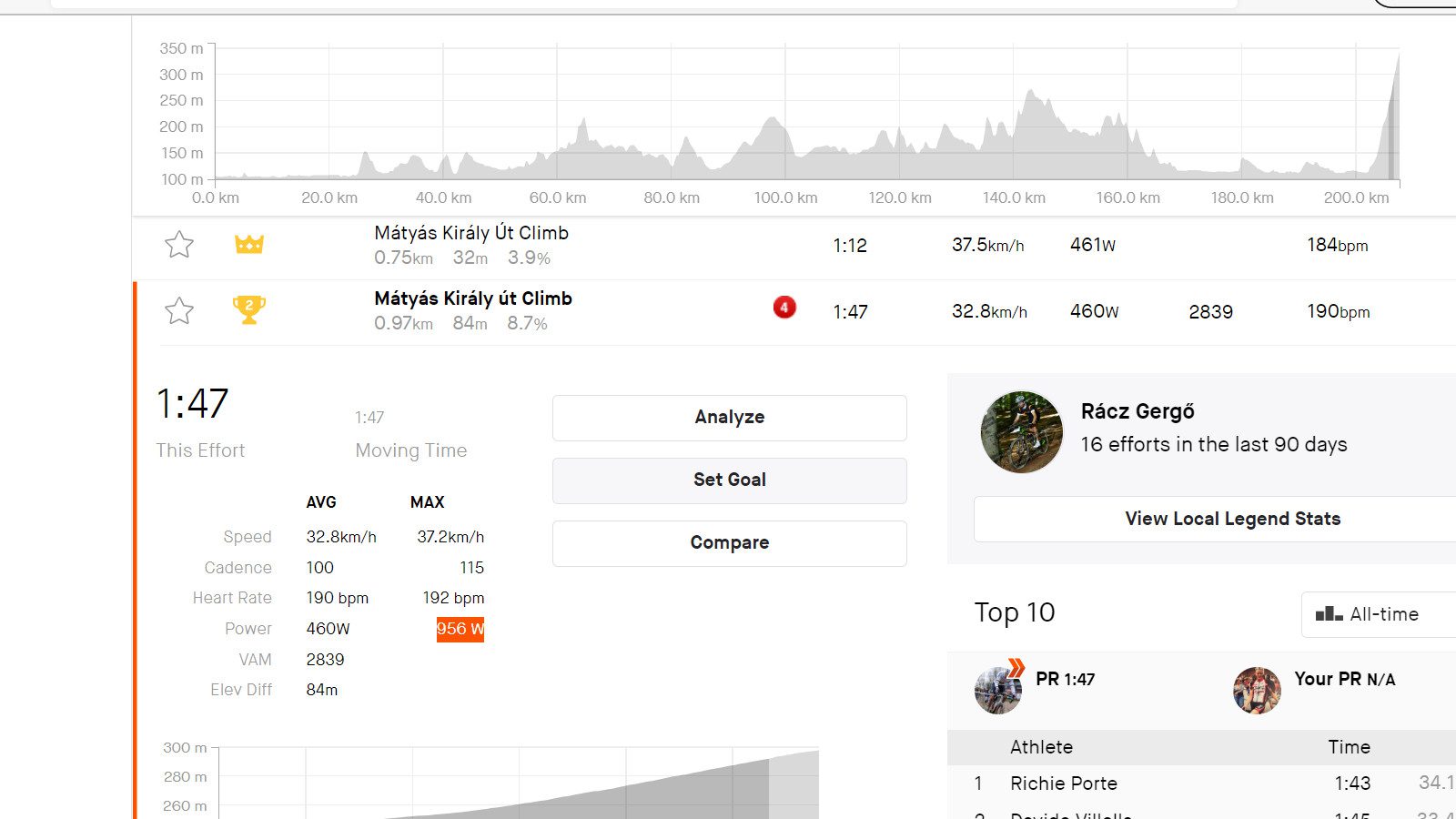 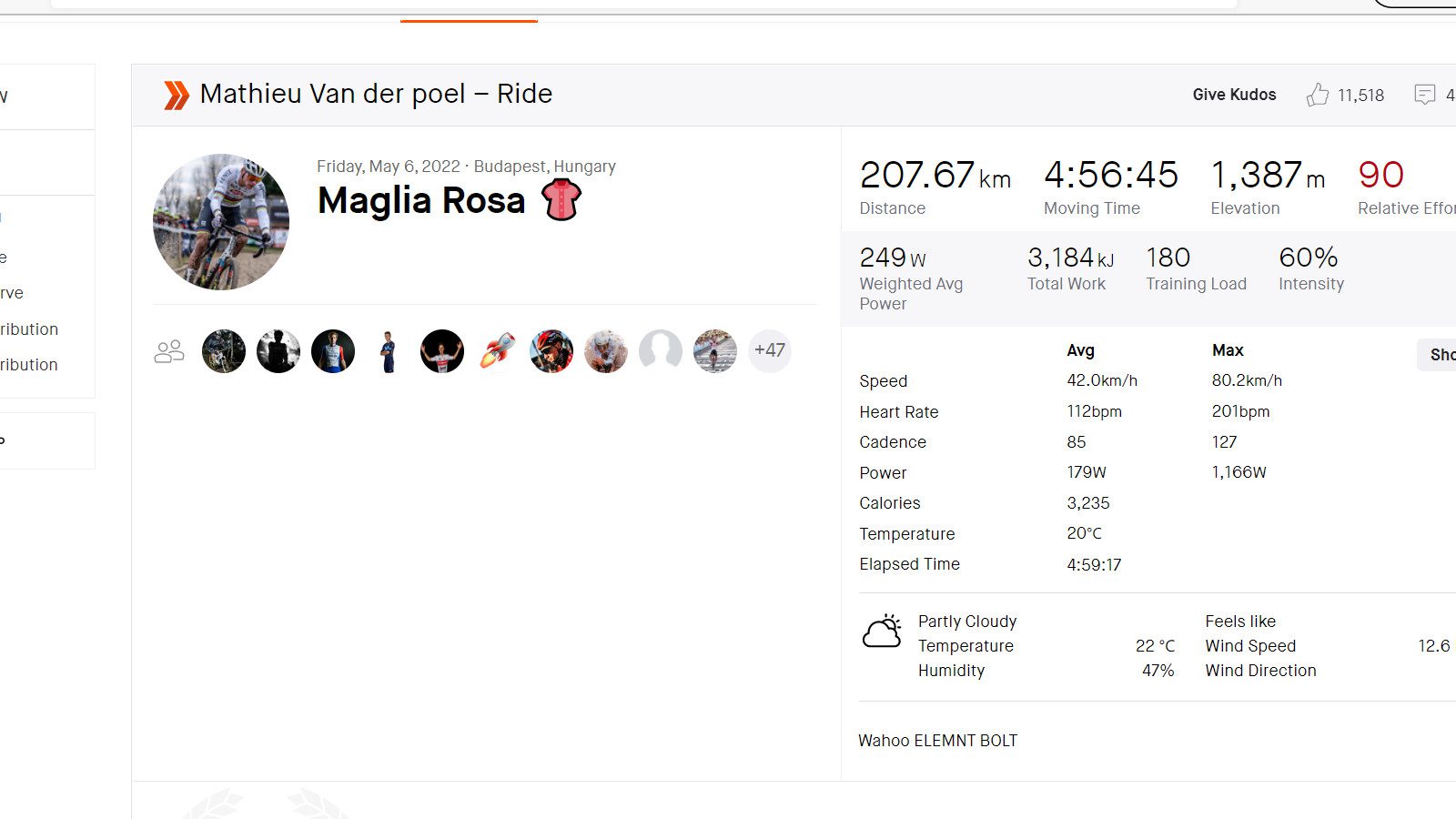