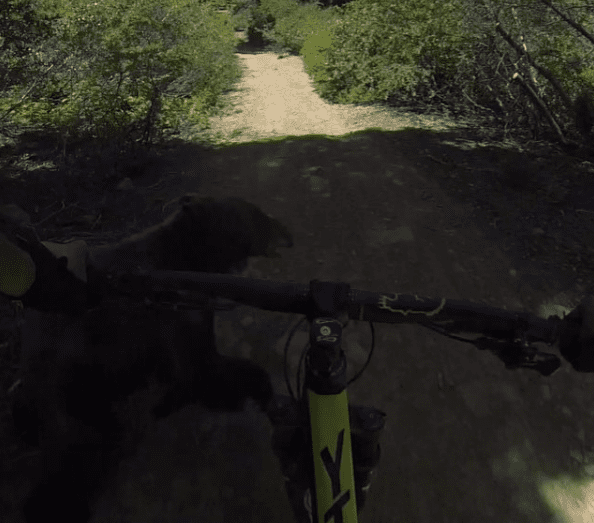 RELATED: Cyclists in South Africa embark on the training ride of all time—thanks to an ostrich

Encounters between wildlife and cyclists can be as dangerous as they are thrilling. Caution is always advisable during encounters with wild animals, but usually the fear of running into a bear in the woods is not literal.

A cyclists near Lake Tahoe in California however slammed full speed into a bear crossing a trail. Visitors to the wilderness of Western Canada know the danger of encountering bears in the wild is very real but for mountain bikers hitting one at full speed is a worst nightmare.

In a video captured by an action camera, a mountain biker speeding down a rocky trail appears to get taken out by a small bear, maybe a cub. Luckily the rider nor the bear appear to be injured. The collision seems to have startled the bear enough that it didn’t stick around. If the bear was a cub, luckily the momma wasn’t around and the encounter was over as suddenly as it began. As the rider recovers from the hard fall coming to the realization of what just happened his buddies catch up and exasperated he tells them “that was a bear.”

Warning NSFW language in the video.