Many Vancouver cyclists, and coffee aficionados woke up to a shock on Friday morning when they learned that local cycling-themed coffee shop,  Musette Caffè would be closing its doors.

The café, whose memorabilia-lined walls topped Canadian Cycling Magazine’s list of Canada’s 10 best cycling cafés, is already on its second location. After getting its start in a small, back alley space, Musette moved into a big street-facing location on Burrard Street in the heart of downtown Vancouver. 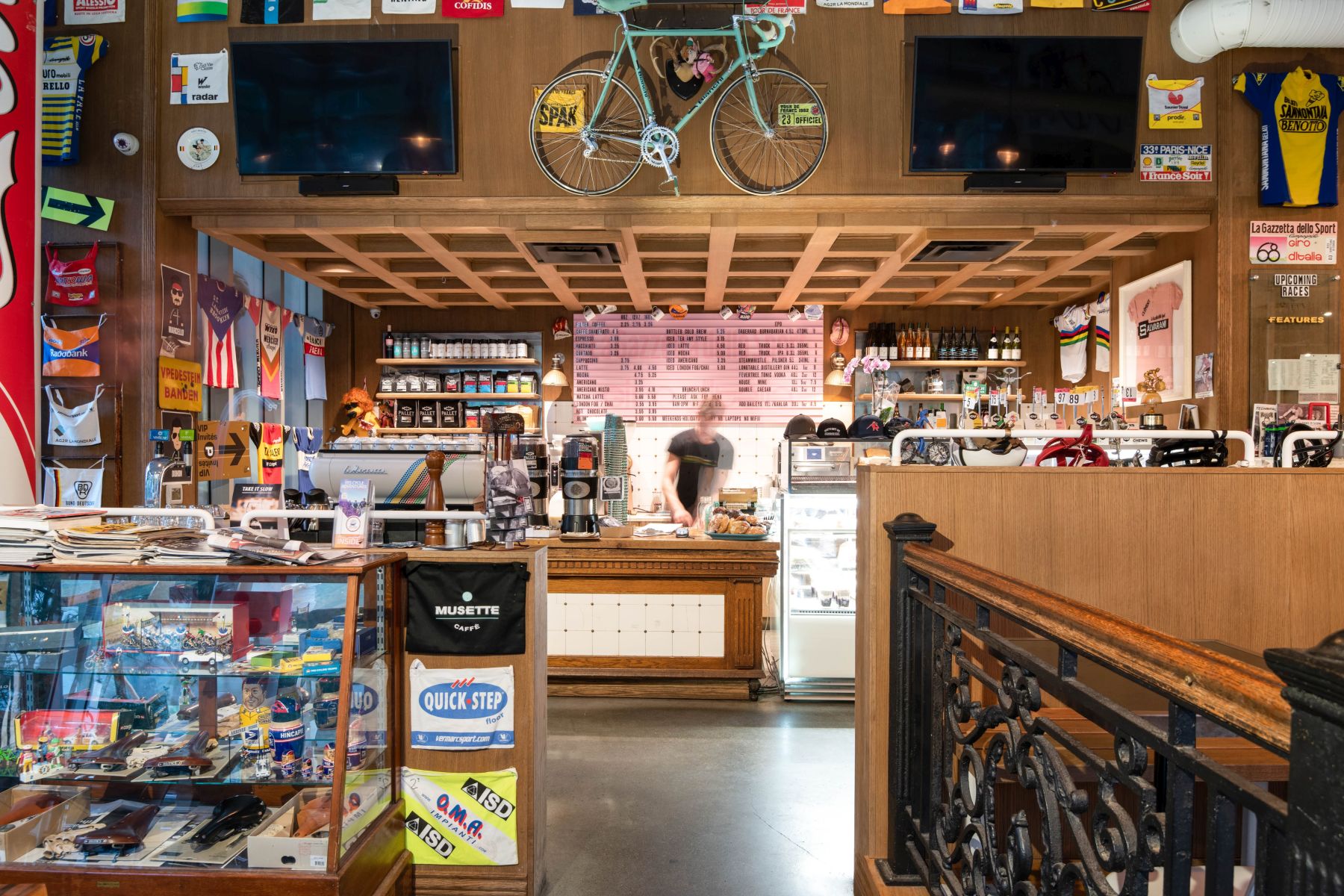 Musette Caffè has hosted group rides, race screenings, community events and parties as well as a short list of pro-cyclist visitors. For years, Musette has been involved in local cycling events, including supporting a local road race team. Its influence has reached far beyond the mountains surrounding its Vancouver, B.C. home, though.

“When posted that we were closing I received so much response from around the world, literately … Mallorca, East Berlin  and the States,” said owner Thomas Eleizegui. “The people have been so helpful and kind.”

Musette Caffè’s Instagram account announced the Burrard St. location will close its doors in just over a month, on February 29. Canadian Cycling Magazine reached out to Eleizegui to find out what led to the decision to close up shop on Burrard St., and what that means for the future of Musette.

Canadian Cycling Magazine: First off, is there a reason the current location of Musette Caffè is closing?

Thomas Eleizegui: The main reason was the shear size and the cost of rent and taxes. There were many factors that contributed to the closure.

This isn’t the first location for the café, why not just move to a new location again?

I will try try and find a new location. I have definitely learned a lot, and the one thing that really stands out is to always go with your gut feeling.

After nearly a decade, Musette Caffè has become a fixture in the Vancouver cycling community.  Will Musette continue in any form? Or is this the end?

I will definitely try and hold on to the name. Its has such a stigma attached to it. It really was attached to the community. But I have to say 80% were non cyclists. What really made the cafe was the team running it. It was like a family. 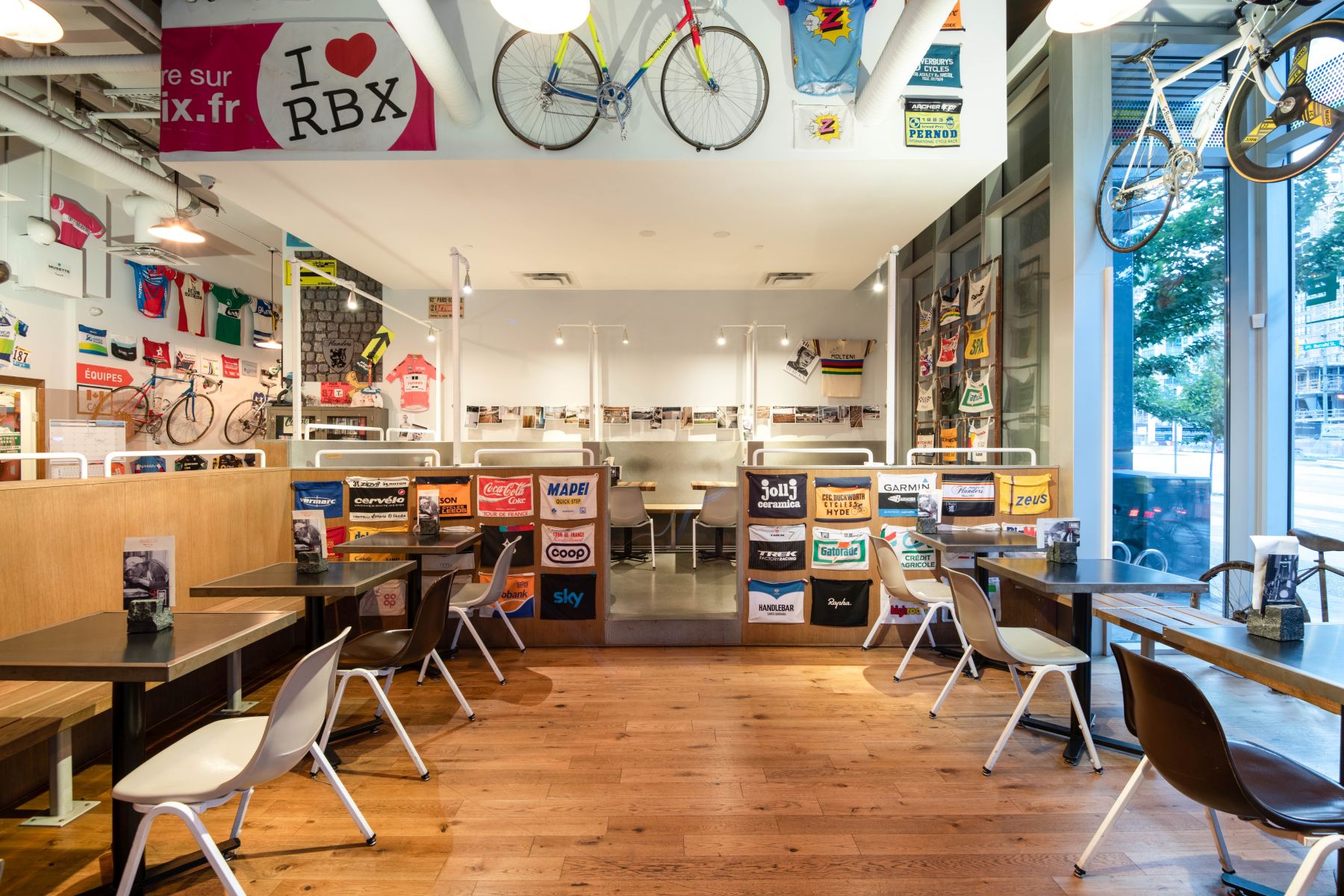 Mustte Caffè’s hosted the start of weekly rides, events, end of year parties, and even Phil Gaimon’s web series. Do you have a favorite memory, or event, from Musette’s time at its current (or past) locations?

To be honest we hosted many events, but my favourite memories is just being there every morning saying hello to the guests watching their kids grow etc.. So basically its just the families that made this place. I met so many amazing people from all walks of life and from around the world.

Musette’s walls are covered in an incredible collection of cycling memorabilia, from posters and jerseys to full bikes and frames. What will happen to all of that?

I will put everything in storage until I figure out what will happen with the name. It would be definitely a shame if it would not be used to its fullest extent. But in the end, if I can’t use it I will come up with something.

Musette’s cycling team’s co-sponsor, Enroute CC is opening a new location in February. Is there any connection between Enroute CC opening and Musette closing?

I started Enroute with Sebastian [Salas] four years ago but just recently I gave all the shares to the guys so they can take it and run with it. And I can focus on Musette or John Doe hahaha. I was just falling back in love with cycling and knowing what will happen to Musette I know I have to start from scratch again, and rebuild no matter what. I have a great team, Colter and Dohon who have been by my side since day one, it’s now  their opportunity to shine. New chapter for everyone.