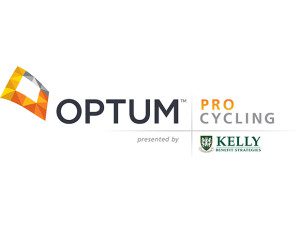 On Tuesday, Optum presented by Kelly Benefit Strategies announced that Phil Gaimon will be joining its ranks in 2015. Gaimon, who won in his WorldTour debut at the Tour de San Luis in January, was not offered a contract extension with his current team Garmin-Sharp.

Team director, Jonas Carney has said that he is elated to have a rider of Gaimon’s quality on the squad, citing that Gaimon will help make the team stronger in all facets, in particular with climbing. Last week, Optum also signed three others: Canadians Guillaume Boivin, Mike Woods and Pierrick Naud.

Gaimon’s objectives next season will be primarily North America’s biggest stages races, the Tour of the Gila, Tour of California, Tour of Utah and the US Pro Challenge. With his newly acquired strength gained in the WorldTour last season, Gaimon hopes it will translate into results on the road now that he won’t have as many domestique duties.

Another peripheral goal of Optum’s will be the team time trial world championships. With the world championships in Richmond, Va., next year, Optum is hoping to have a strong presence as an underdog against the world’s biggest players in the WorldTour.

Gaimon has expressed his eagerness to return to the WorldTour in 2016. His first year in the top tier with Garmin-Sharp was a success. However, he fell victim to the merger between Cannondale and Garmin-Sharp. There were fewer spots available and Gaimon was not offered a contract extension.