What’s the right wheel size choice for mixed-surface riding? That’s a question more cyclists venturing into the burgeoning world of gravel are asking themselves.

The two main options are 700c which is standard for road and cyclocross bikes or 650b, known in the mountain bike world as 27.5″. Both wheel sizes come with pros and cons making them suitable for different riding purposes and conditions but in certain respects, the two wheel sizes can be relatively interchangeable. Bikes equipped with both 650b or 700c wheels are well suited for various off-road riding conditions. This guide is here to help you choose which one is right for you.

The diameter of the wheel and your tire choice will influence how a bike feels and handles. While a 28 to 30 mm tire mounted on a 700c wheel has approximately the same outside diameter as a 42 to 47 mm tire mounted on a 650b wheel, when you begin to play around with various tires the difference can be more dramatic. For example, a 40 mm gravel tire on a 700c increases the diameter of the wheel compared to the above example resulting in more trail. More trail results in a ride that feels more stable with slower and calmer handling. Less trail results in more responsive handling which can also feel a little more nervous but lends itself well to technical riding. Another area of the bike what will be influenced by different wheel diameters is how much bottom bracket clearance the bike has. Switching to smaller diameter wheels could result in less clearance at the BB which could be a good thing if you are looking for increased stability because a lower center of mass but could also make clearing certain obstacles a little trickier. 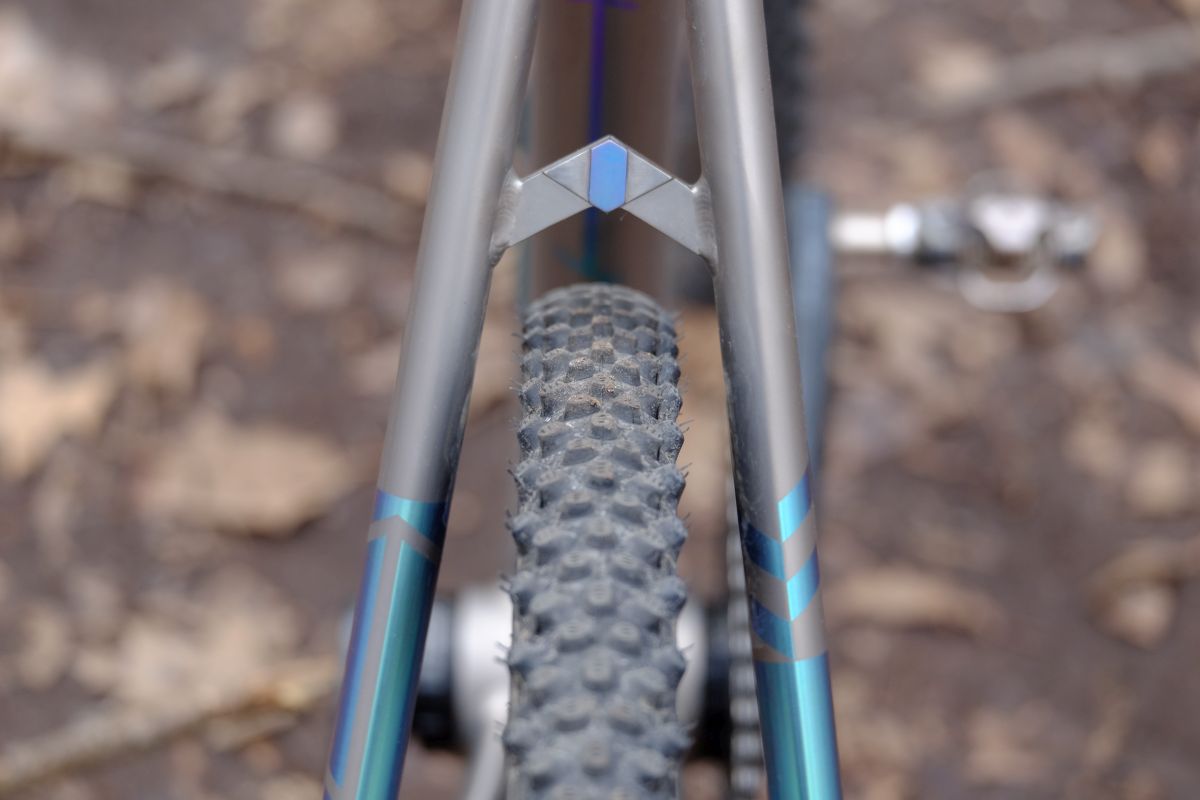 Though not immediately evident, the diameter of your wheels will have a small effect on your gearing. If you have wheels of a smaller diameter, you will need higher gearing to achieve the same speed compared to a bike with wheels with a bigger diameter. Smaller wheels, need to rotate more times to cover the same distance. On a hard climb your easiest gears will feel even easier with wheels of a smaller diameter. With that said, 650b and 700c wheels for gravel riding are often set-up with tires that make them very similar diameters so a change from one to the other wouldn’t drastically change the gearing on your bike. The rule to have gearing ratios stay the same when changing wheel diameter is higher gearing is needed on smaller wheels while lower gearing is needed to accommodate larger wheels.

One of the major advantages of wider tires is being able to run lower tire pressures for better comfort and traction. The wider the tire, generally the lower pressure you can run it at without risking bottoming out the rim or flatting. On 700c wheels, finding frames that can accommodate super wide tires is not always possible.  With a smaller 650b wheel, it’s possible to run wider tires when frame clearance allows for it. On 700c wheels, maximum tire clearance on frames usually hovers around 40 mm while frames that can take 650b wheels can then accommodate 2.1″ (53mm) or even 2.2″ (56 mm) tires.

With 650b wheels, you can also fit wider tires to your bike without requiring any modifications to the geometry of your bike’s frame and fork. There are a ton of tires to choose from for gravel and adventure riding. With 700c wheels, you can mount slick road tires, grippy cyclocross rubber and all sorts of gravel riding tires with different tread patterns and rubber compounds for various conditions and surfaces. On the 650b side, there are gravel specific tires but because using this wheel size for gravel grinding is a fairly new trend, the choices are a little more limited. On 650b wheels, you will also benefit from a choice of faster rolling mountain bike tires that could be useful in certain conditions.

The exact same wheel built in 700c versus 650b will not be of the same weight. It’s quite simple, a smaller rim and shorter spokes mean 650b wheels built with the same hub will be lighter. However, if you are mounting wider tires you may just be adding that saved weight back onto your bike in the form of rubber instead of wheel mass. Wider tires are almost always heavier than narrower ones which is something else to keep in mind.

A common observation to hear from people who ride 650b and 700c wheels interchangeably is that the smaller 650b wheels feel like they get up to speed faster while the bigger 700c wheels hold onto momentum and speed a bit better. Part of this can be explained by the laws of rotational mass. A lighter wheel is easier to spin up to speed than a heavier one so a 650b wheel would be faster than the same wheel in 700c. Add in a 42 mm tires on the 650b wheel and you are likely losing most of that advantage. A bigger wheel will actually roll over obstacles easier meaning you might lose less momentum in technical terrain than on a smaller wheel.

If you plan to race cyclocross at a competitive level, keep in mind that you are limited by the rules on what equipment you can run. Cyclocross racers can’t run tires wider than 33 mm and 650b wheels are not allowed. If you plan on racing cross and don’t want multiple wheelsets, then you can immediately cross 650b wheels off your list. 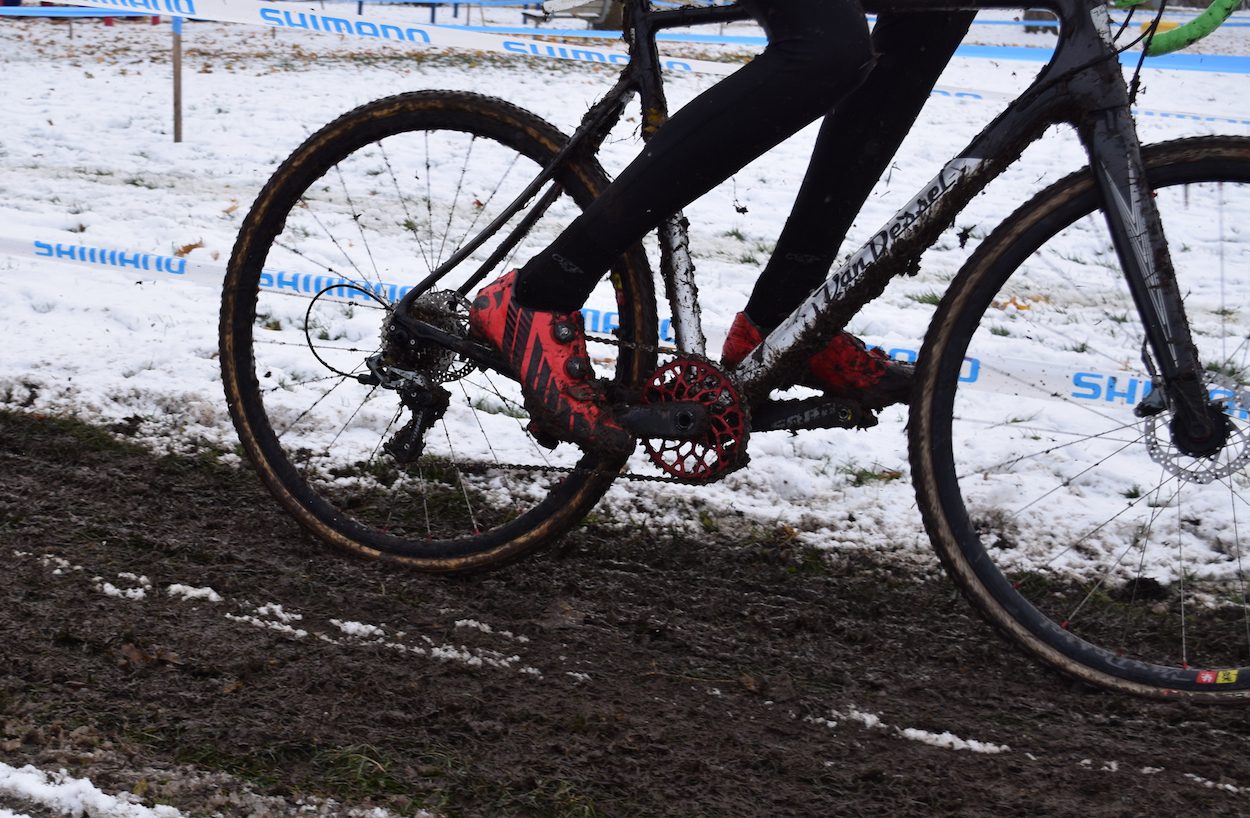 So which wheel size is right for you? Both 650b and 700c wheels have some intriguing properties that make them the go-to choices of gravel and adventure enthusiasts. The choice on which suits you and your riding better depends a lot on what your priorities are.