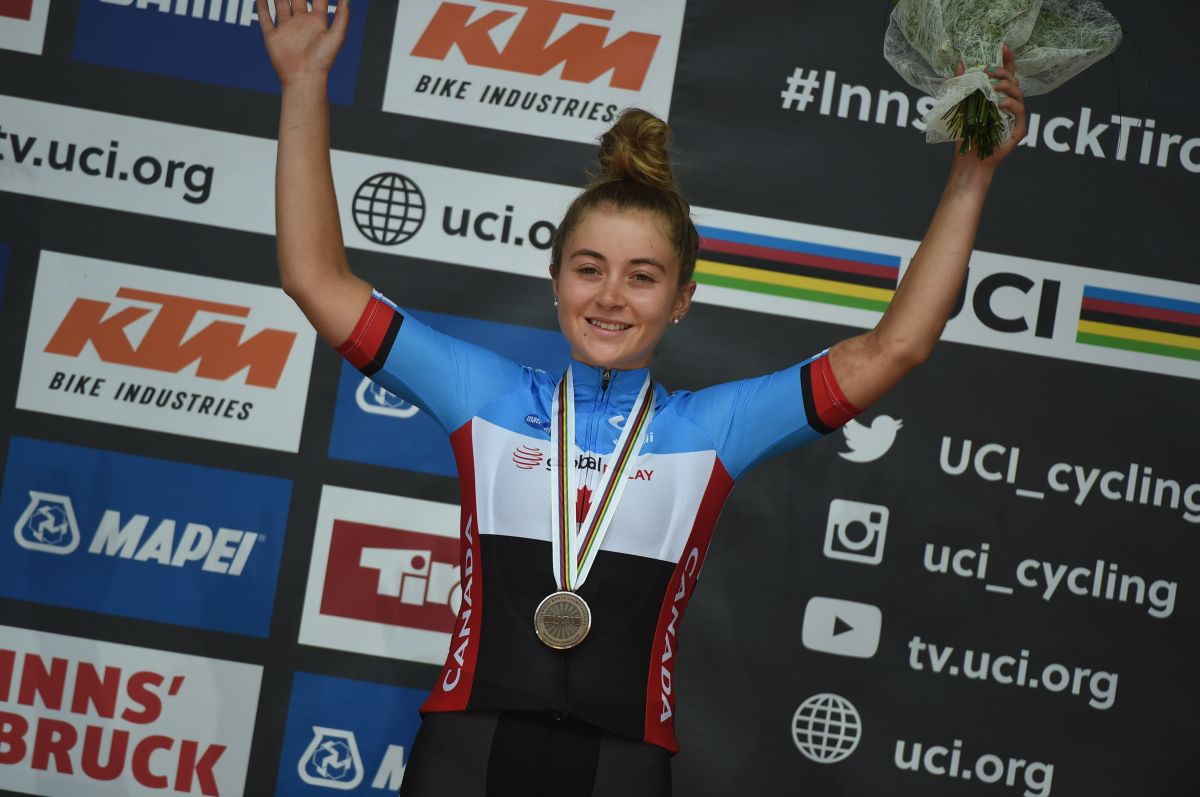 Simone Boilard is one of Canada’s most promising young cyclists and reaffirmed her talent Thursday when she earned bronze in the women’s road race at the UCI Road World Championships in Innsbruck. The race was the Quebec City native’s final event as a junior and now she enters the elite ranks with a world championship medal in her back pocket. The result improves on her eighth-place finish in Bergen.

“Last year I had good feelings in the race but I was just happy to be there racing with the best in the world. This year I thought, ‘I am one of the best in the world and I belong here.'”, she explained the afternoon after standing on the podium in Innsbruck. “I didn’t have much more race experience because I didn’t race in Europe this year, I didn’t race against these girls.”

Canada has a deep field of elite women racing in North American and Europe. This experience has propelled Canada to one of the strongest nations in the elite ranks. Canada placed three riders in the top 25 in the elite women’s race on Saturday with Karol-Ann Canuel placing sixth, Sara Poidevin finishing 14th and Leah Kirchmann placing 25th. Boilard has stuck to racing mostly in Canada lacking some of the overseas experience the elite Canadian women have accumulated.

“I was descending really not well and I had a hard time to position myself in the first 25 km and at the end I didn’t make all the right decisions,” Boilard reflected on her race. “I think I made a lot of mistakes today but it’s hard to make better decisions.”

Despite the mistakes, Boilard was extremely upbeat about her result and had no regrets. “Sometimes in bike races everything happens so fast and you have to be quick to make a decision. In the final kilometre, I took the decision to chase by myself the French girl and I think I should have maybe waited a little more,” she said. “So I just decided to go and after that, I knew I couldn’t win because the other girls were behind me and had the advantage to outsprint me.

“I’m not disappointed about that. I took the decision and I am comfortable to assume it. I’m really proud of the bronze medal today and I’m proud of how the race went. I think it was a great story and I think I can be proud.” 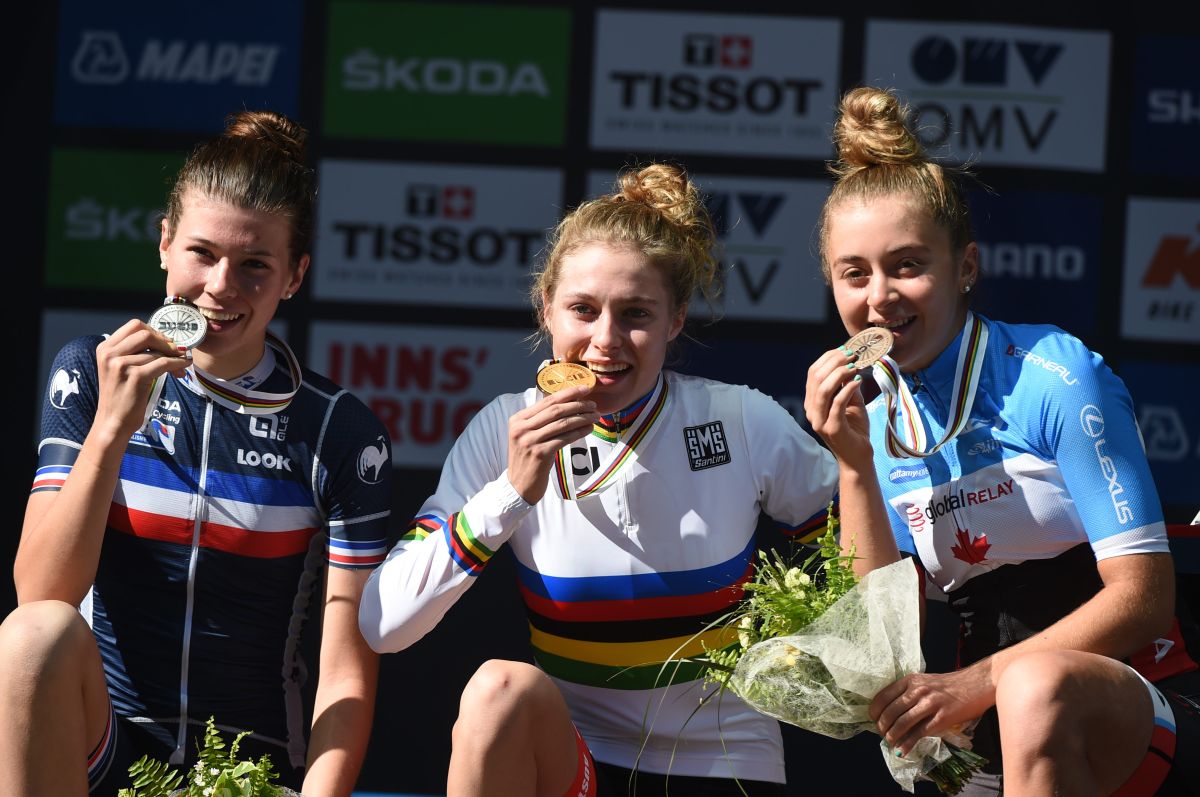 Boilard has had a fabulous 2018 season. At Canadian Nationals, she won the ITT and crit titles. She also crossed the line in the junior women’s road race solo but following her win she was disqualified for having not raced on junior gearing. While she had no new experience racing internationally overseas, she did have last years world championships to help motivate her for this year’s race.

“Last year I did eighth in Norway and after I finished the race I thought I could have done better. I felt way stronger but I couldn’t do that because I didn’t have the tactical or technical sense. So this year I worked to be strong enough to be in the right move. It was always a progression from results to results. I really wanted this metal today and I am proud of this result,” she said.

She attributes part of her success to being better mentally prepared for the race.

“Mentally it was different. I had a year to prepare but when I went to Norway I had two months of mental prep. I knew I had a good chance to go back to Austria and I had a year to think about it. I had this little fire in me was is thinking about this race and that maybe I could do good. Knowing that allowed me to be mentally focused and confident.

Boilard has yet to confirm her plans for 2019, but gaining experience and improving her tactical and technical skills will be priorities as she had shown to have the athletic skills to succeed on the world stage. “I think after the worlds, after my season I am proud of the process I have been through. I am proud of how I have grown and the maturity I have gained.”