Last week it was announced that more than 1,200 km of Montreal roads will be reserved for cyclists and pedestrians this summer. This week warm weather finally arrived in La Belle Province. Like others around the country, Quebec cyclists have been looking for information on when (and how) they’ll be able to get out and ride.

On May 20 the Quebec government officially gave cycling the green light and the Fédération Québecoise des Sports Cyclistes (FQSC) released a 47 page guide to resuming cycling activities addressing all the questions cyclists have been asking themselves.

The FQSC has broken its plan for the 2020 season into three stages.The guide is comprehensive but doesn’t give any hard dates for the second and third stage, as the organization is still waiting on permission from governmental bodies. The first stage, active as of May 20, is titled ‘Free practice’. Cyclists are free to train alone, or with someone they live with. They are also permitted to ride with one other cyclist from their local region. The federation reminds riders to keep at least two metres between each other (unless from the same household), to be self-sufficient (bring water, food etc.), limit risky activity, and to bring a small bottle of hand sanitizer. For mountain biking, the organization strongly recommends wearing gloves and glasses.

The second phase of the plan focuses on group training. The date for this phase is still unclear, but it will involve activities with several cyclists from multiple homes supervised by local spots organizations. Athletes will have to respect the two metre rule, and arrange themselves in a semi circle around a coach to maintain distance when not actively cycling. Other regulations and recommendations include having a volunteer enforce social distancing, prioritizing online communication and clearly identifying regrouping points.

In phase two group rides up to eight cyclists will be allowed, as long as riders stay single file. The limit for those under 17 is five riders.

A new type of race day

Phase three will restart racing in Quebec. Time trials, non-drafting events, BMX races and mtb events have been identified as races that could happen in the upcoming future. As of now, road races and crits won’t happen until the government lifts social distancing restrictions.

All employees and volunteers will be required to wear masks. Athletes who aren’t actively racing are strongly encouraged to wear masks at all times. 60 minutes before their scheduled warm-up time cyclists registered to race and adults accompanying minors will be permitted to enter the site of the race.

Starts will be mostly individual, but for events with more than one racer the FQSC limits start lines to four cyclists at once.

The race itself will have no refuelling stations and participants are not allowed to share materials or touch another cyclist at any time. Gloves and glasses will be mandatory for all road races.

The end of the race will be very different from the events of the past. The FQSC has banned handshakes and racers are asked to leave as promptly as possible instead of lingering and chatting after the event.

The top three racers will immediately receive their medals from PPE covered official in a podium zone with restricted access. Event organizers are allowed to take a photo, but the podium must be a flat stage on which the photographer uses the magic of perspective and has medallists stand in a staggered line. 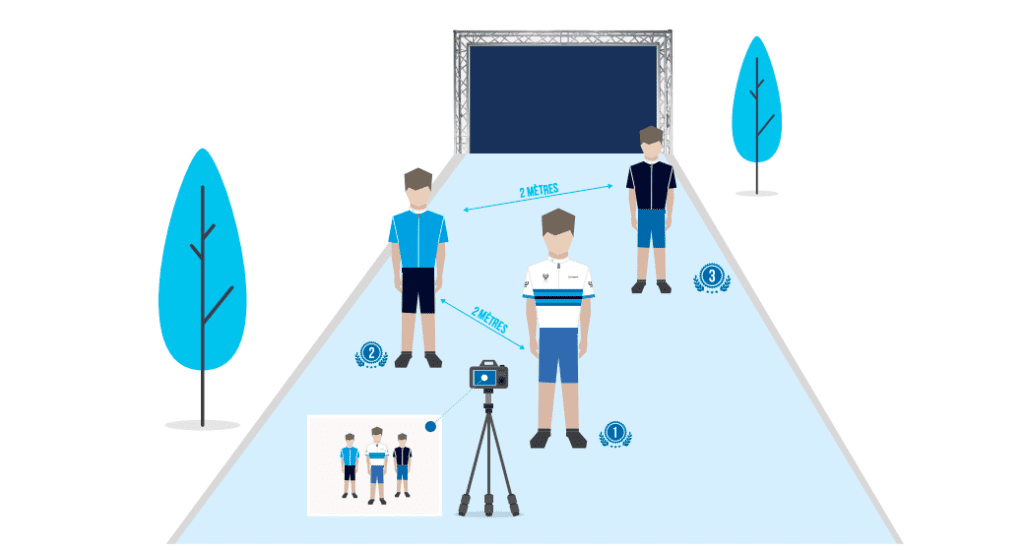 All stages require cyclists to follow the typical COVID-19 related protocols, such as saying home if you show any signs of illness, washing hands throughly and frequently and wearing a mask when possible.

Although this is just Quebec’s plan, it sheds some light on what riding and racing could look like in the near future for Canadians.