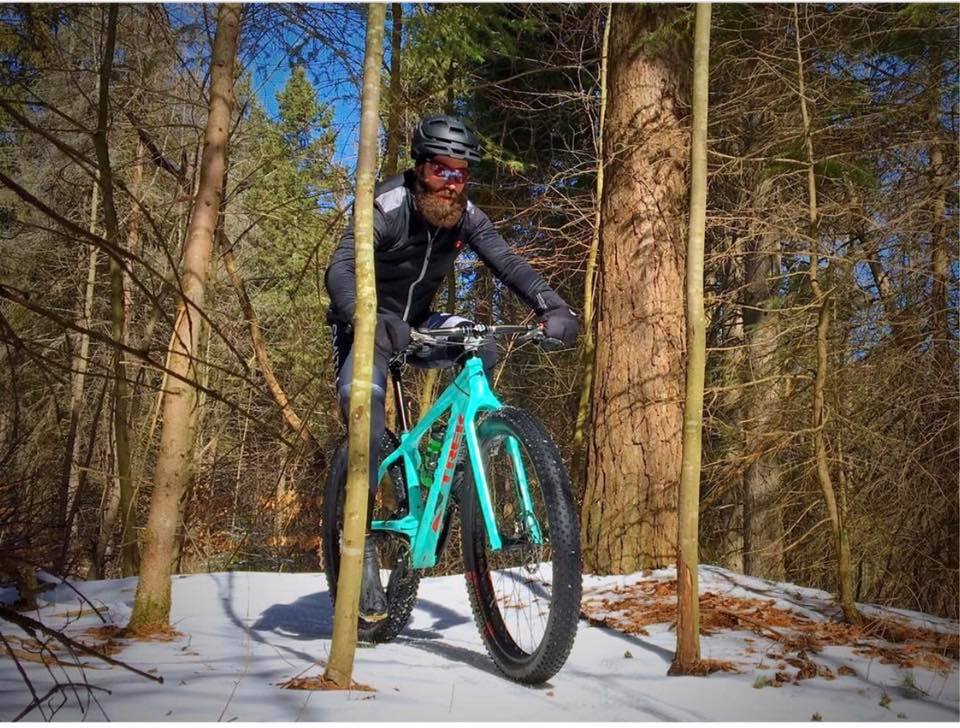 When Toronto resident Warren Hull’s mountain bike got stolen from the storage locker in his Liberty Village condo in March, he thought he’d never see it again. In an unlikely turn of events, in September after journeying 27,000 km to the Philippines and back, the Tiffany blue Trek Stache was back in his possession. The amazing story was first reported by CBC, part of their Toronto bike theft series. If it wasn’t for Hull’s keen social media investigation skills he perhaps would have never gotten it back.

RELATED: A ‘crisis’ year for bike theft in Toronto

The story of the lengthy journey around the world starts with the purchase of the bike in 2015. Hull paid $3,000 for the Trek Stache with plus sized clearance that was to serve him during the winter months on the trails of Durham Forest.

Arriving back from a ride in March of this year, he left the bike which he named Tiffany for it’s colour in his locked condo storage locker. A week later he went down to get some pasta sauce to find the bike had disappeared. Footage of the thieves stealing the bike on March 24 was obtained from the building concierge and the theft was reported to police.

When the bike was stolen, it was missing the quick release and without it could not be ridden.  It was a part that could only be obtained from Trek. So Hull got into contact with Trek to see if they had record of someone purchasing the piece and he got a name.

“I found a gentleman matching that name and his profile picture was of him on a mountain bike so I put two and two together and I guess he was my main suspect.”

The investigation went into the next phase as Hull began keeping a close eye on the main suspects social media accounts. He caught a glimpse of another mountain bike with the same brakes that had been on the Stache . Then a pair of pedals, the same Hull had on the bike when it was stolen, went up for sale on social media.

Hull was reluctant to accuse the man of stealing his bike until he actually saw it. Then, at 2 am in August the bike was finally spotted.

“I was yelling through the condo, ‘Are you fucking kidding me? Tiffany, Tiffany, it’s found!’ to my girlfriend,” recounted Hull who added that the picture was tagged in the Philippines.

The bike had been shipped to the man’s sister-and-law in the Philippines. It was the final straw and Hull posted on Facebook that he had tracked down his bike.

That post was eventually taken down when a friend he had made through the Stolen Bikes Toronto Facebook page told him the man was going to ship the bike back.

The Trek Stache was brought back to him by the man who had bought it a couple weeks later. “It came back two weeks later and I ended up meeting the guy who had bought it,” said Hull. “He was very apologetic, very emotional. He was scared of me, of what I was going to do.”

Re-united with his long missing Tiffany, Hull called the police to let them know he had retrieved the stolen bike. Asked if he wanted to charge the man he said no. “He learnt his lesson, why am I going to charge him? He didn’t take it. Maybe he knew it was stolen, maybe he didn’t, I don’t know.”