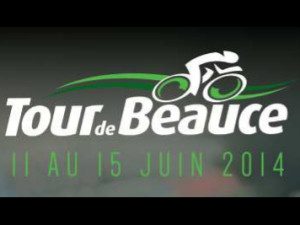 The story of the day was again the weather conditions and wind. The deep profile wheels and special equipment used for time trialing were more vulnerable to volatile gusts of wind while at speed. Additionally, it was again cold and rainy following the brutal conditions of Stage two. There was some respite in the fact that the time trial was relatively short. Nevertheless, the combination of bumpy roads and fatigue from the previous two days of racing meant that many riders struggled to perform at 100 per cent.

Mike Woods (Amore Vita – Selle SMP) didn’t quite have the day he’d hoped for after finishing second up Mont-Mégantic the day before. Woods finished well back of Shumacher in 43rd conceding 2:23. Race leader Tom Skujins held on to his position finishing 51 seconds behind Shumacher. He now has a GC lead of 1:12 over second-place Tvetcov and another 13 seconds on Asbjorn Kragh (Christina Watches – Kuma). Rob Britton of Team SmartStop is the top-placed Canadian sitting fourth on GC.

Stage 4 will be in Quebec City, featuring nine laps of a 14.5-km circuit that is very similar to the course used in the Grand Prix Cycliste de Québec. While the stage is short, it is one of the most challenging stages of the race. Breakaways have a better chance of success on the course’s main climb. In the past they have been successful.