A Winnipeg woman who parked her bike outside of her workplace wasn’t planning on a mid-day run workout but the attempted theft of her wheel sparked a high-speed chase that ended when she confronted the man and got her property back. 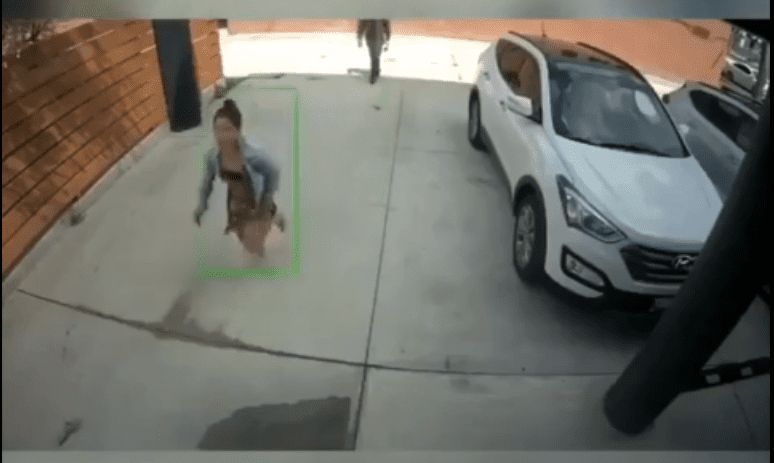 Last week, Karly Tardiff was informed by a maintenance worker at her workplace near Winnipeg’s Health Sciences Centre that he had seen someone stealing her bike wheel. The maintenance worker had tried to confront the man but failed. Tardiff, the co-leader of Badass Lady Gang trains for 5 km and half-marathons, bounded into action to try and save her property as first reported by the Winnipeg Free Press.

After exiting the building, she spotted the man with a bike who had her wheel in hand. Tardiff flung off her shoes and chased after the man. What ensued was a high-speed chase that was caught on security footage. The ending wasn’t recorded but according to her account, she caught up to the thief and confronted him. The man had her wheel but he proceed to tell her that it was a quick release wheel and wouldn’t fit on his bike anyways so gave it back.

“I sprinted as fast as I could,” Tardiff told the Winnipeg Free Press. “I did feel a little badass!”

Tardiff’s bike was locked up but her back wheel was not allowing the thief to free it. She hopes that others use her story as a cautionary tale to make sure they lock their bikes up properly. Tardiff also said that had she not been alone, she wouldn’t have run after the man.

“Although I did feel empowered when I got my wheel back, I recognize that the outcome could have been a lot different. Fortunately for me, when I caught up to the thief several other people had gathered and I felt less vulnerable,” she explained.