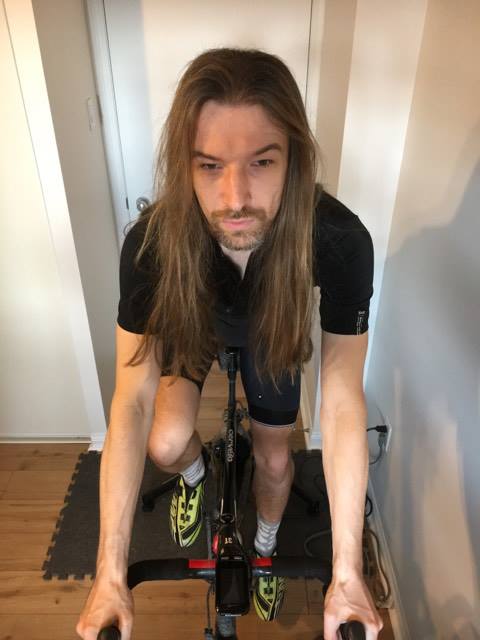 Around 9 am on Saturday January 14, Russell Slater hopped on his Cervélo S5 and rode for 10 hours and 15 minutes. But he didn’t roll along tarmac on scenic roads and he certainly wasn’t going anywhere. Instead, he was held in place my his Wahoo Kickr Power Trainer and covered 342.6-km kilometres in the digital world of Zwift. As cyclists throughout the Northern hemisphere struggle to motivate themselves to put in training hours indoors, we chat with Slater about his big indoor ride. 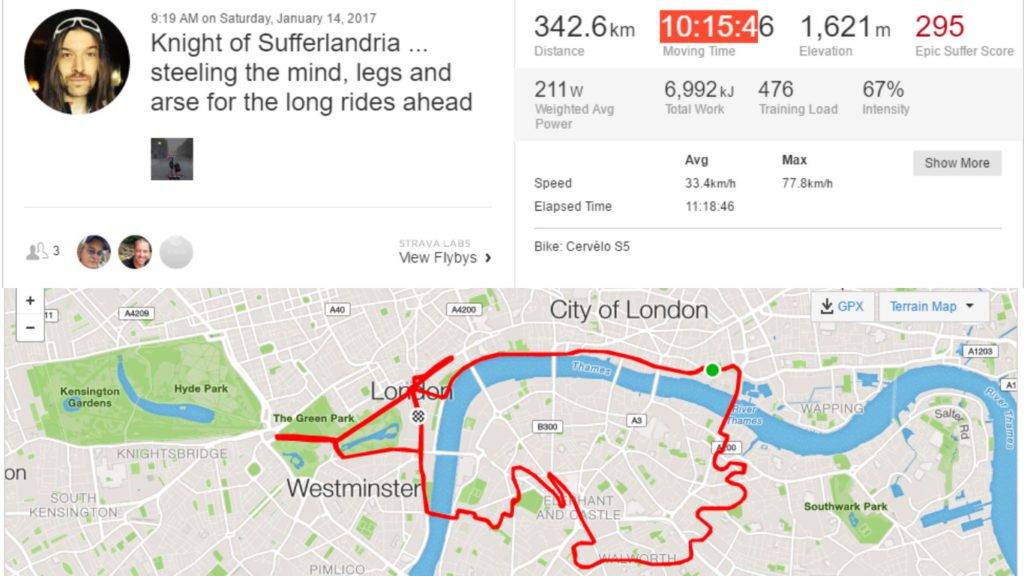 CCM: What gave you the idea to do this?

Sufferfest has a challenge called Knights of Sufferlandria that is to ride ten of their videos back-to-back. I didn’t go about seeking any official recognition but it was basically that. I picked 10 of the Sufferfest videos that qualified, queued them in trainer road and then also connected to Zwift. I looked around online and a lot of people were doing the videos at 70 per cent. To give myself a bit of a challenge I did them at 75 per cent.

Did you lose a bet?

No, no. I do like to set myself little challenges like this. I have always enjoyed long days on the bike. I am entering the Trans Am Bike Race in June so this was my first big of the year.

What did you do for over 10 hours?

It was good fun. I had Zwift going, I had the Sufferfest videos on, listened to music and watched Netflix. Between videos I would grab my phone and start an eight-minute timer. I would fill by bottles and swap them for ones that were chilled in the fridge. I would hit up the washroom and occasionally reapply chammy cream. Part way through I changed by bibs and socks. I would also grab another bowl of pasta which I keep next to me to eat between intervals.

What did you eat?

I think I had five or six gels. I was drinking water with Nuun tablets. I munched on some nuts and had a chocolate bar as a treat. I ate about five big bowls of pasta throughout the day. I never quite got hungry but later on I just wanted to barf. I had a good dinner after but I wasn’t famished.

Did you ride alone?

Yes, although I had a bunch of friends who I told so that helped me push through it and held me be accountable to someone. A couple of friends joined me on Zwift for parts of the ride.

I’m using my Cervélo S5 attached to the Wahoo Kickr. I have the trainer paired with my Macbook to get my heart rate and cadence through TrainerRoad. I used a second dongle to get Zwift to record the ride. Interestingly, I use to do this in my basement in my old place where I had everything set up permanently but having just moved I didn’t have space in my place. My girlfriend was out of town so I set up in her apartment.

What was most sore after 10 hours in the saddle?

So let’s see, definitely by arse. That was a little bit tender. I think my feet were a little bit tired being in the shoes all day. I’ve done a lot of long outdoor rides so my body is kind of use to it. My legs felt a bit tired but I went out the next day on a good group ride. Two days later everything was really aching.

What was the biggest challenge?

You aren’t going anywhere so it’s too easy just to stop. It takes mental strength to keep going. When you are out rolling through the countryside you have to get back somewhere before it gets dark. That’s not the case when you are inside.

Was it harder than doing a 300-km ride outside? 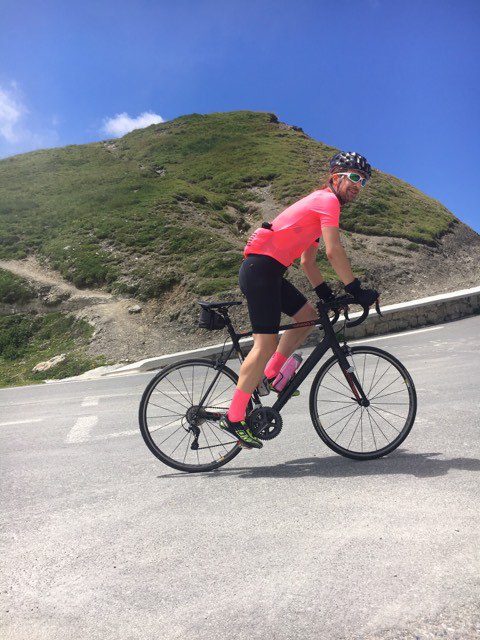 Ya, I would say so. I have done solo 300-km rides but quite often you are with a group which makes it easier. Outside you also see changes in the scenery and the fresh air makes it quite enjoyable. It would not be something I would look to repeat too often. It was good to have friends message me throughout the experience.

Is your pain cave a happy place?

When I am outdoors it’s more of an escape. During the off-season, it’s mostly about suffering, usually for about an hour of really hard work. I get a big buzz from that and you do forget about everything else. The other type of indoor ride is to put on Netflix and do a longer ride.

Having done it, what advice would you give someone who is thinking about trying the same thing?

It’s certainly easier if you have a smart trainer or power meter because it’s not based on perceived effort. As the day goes on it helps you make sure you are hitting reasonable training targets. Let some good friends know. Telling friends helped me drive on. Preparation is also important. I had all my kit laid out, I prepared my food the day before. Having everything set up meant that in the morning I had no excuses.

Will you do this again?

I would not be surprised to do it again over the winter with some friends. I have spoken to a few people about it so if they would be interested we’ll set up altogether and do it.

Check out the full ride on Strava.