In an effort to encourage social distancing and safe forms of transit, cities around the world have created emergency measures to implement and expand bike lanes. Barcelona has built 21 km of new bike lanes, Berlin has widened bike lanes for safer passing and New York City mayor Bill de Blasio has committed to 100 miles of open streets. In France, where recreational cycling is still banned, Paris has created an incredible 650 km of ‘pop-up cycleways’ across the entire city for commuters.

In its technical guide titled “Moving around during the COVID-19 outbreak“, the World Health Organization recommends riding bicycles or walking whenever feasible. Many Canadian cities have also done their part to encourage cycling as transit, but advocates say some cities are not doing enough.

Edmonton has closed one-way portions of  two major streets (Victoria Promenade and Saskatchewan Drive) and converted them into to multi-use paths. The Charlevoix Street bridge in Montreal is closed to cars, which will allow pedestrians and cyclists to cross the Lachine Canal while maintaining social distancing. In Winnipeg, four streets are restricted to cycling and walking from 8am-8pm daily. 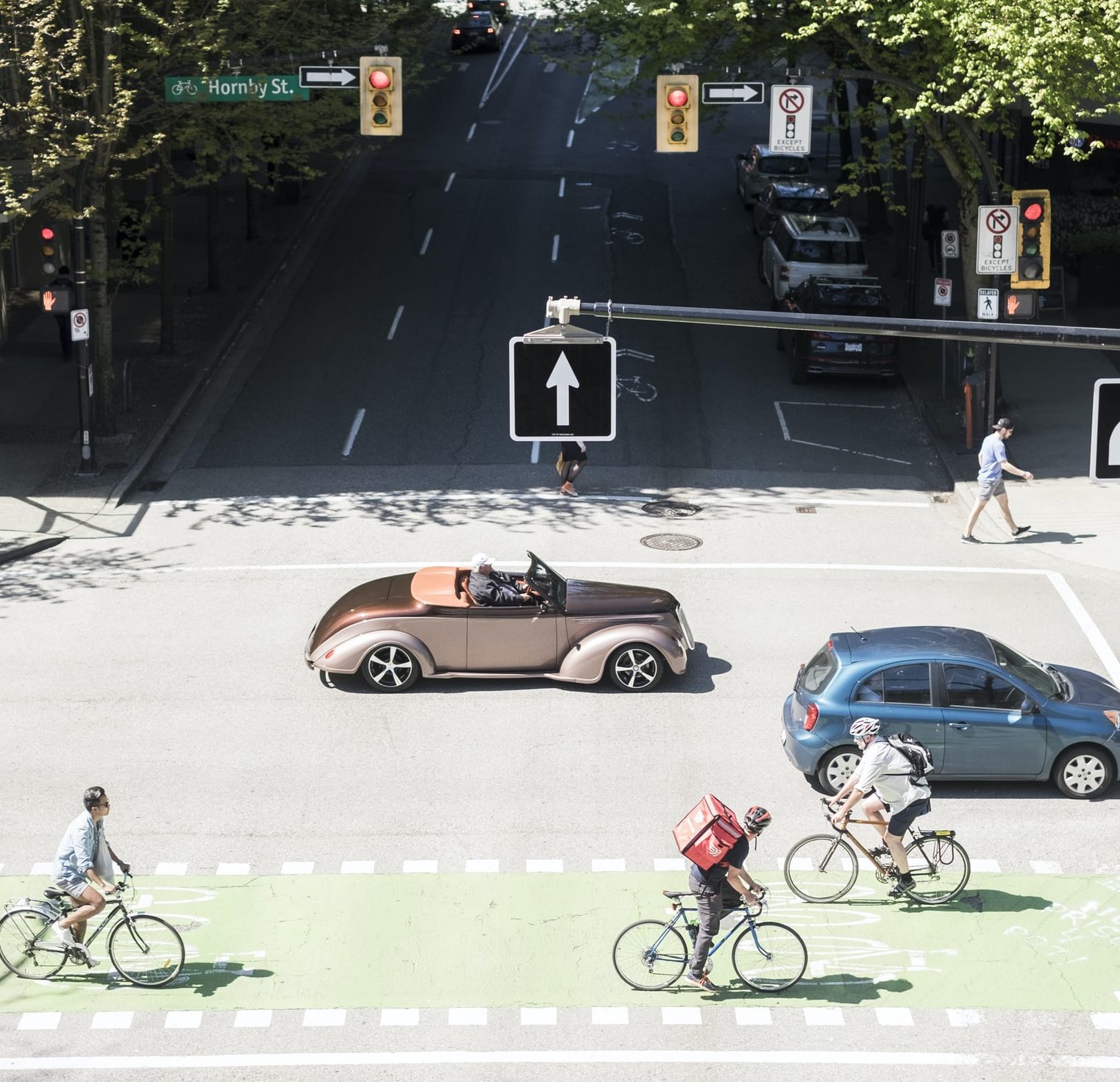 In Calgary, the temporary lane closures on six main streets (scheduled from Friday to Sunday), have been extremely well received. The closures have been so successful, in fact, that the mayor has warned Calgarians that he does not condone travel from one neighbourhood to another in order to make use of the extra space.

On the west coast, where temperate weather means even more cyclists come out in the early season, cities have had to quickly adapt. Stanley Park in Vancouver is now only open to pedestrians and cyclists and the eastbound lane of Beach Avenue is closed to cars. Similarly, Victoria has closed Beacon Hill park to (cars apart from first responders).

Even smaller Canadian towns such as Drummondville Qc., Burlington On. and Kamloops B.C. have proposed or already implemented closures for safer social distancing.

With shocking reductions in car traffic in every city, cycling advocates across the country are calling for more road closures than currently in place. They argue that it can be difficult to maintain adequate distance, especially on crowded bicycle facilities or narrow sidewalks. In Calgary, a petition to open more streets to pedestrians and cyclists is currently circulating.  Ottawa has started to block off portions of a few streets but city councillor Catherine McKenney says more action is needed. In Vancouver—the most densely populated city in Canada—HUB has created a petition advocating to reallocate space to active transportation.

Brampton, which is part of the Greater Toronto Area (GTA), has shut down a lane of traffic on the busy right lanes of Howden Blvd and Vodden Street, converting them into temporary bike lanes and creating a 5 km bikeway between Etobicoke Creek and  Chinguacousy Park. Another GTA city, Mississauga, has also done the same with two of its major streets. Yet the City of Toronto itself, the country’s most populated city, has done surprisingly little to create more space for cyclists.

When Councillor Kristyn Wong-Tam requested the closure of a section of Yonge Street in Toronto, the proposal was shot down. City staff suggested that residents would flock to the street, causing more harm than good. On Apr. 27 the city began implementing a plan to expand certain sidewalks around ‘hot spots’ to give pedestrians more space, but there are still no plans to create temporary bike lanes or expand existing ones.

The @cityoftoronto has announced CurbTO to address sidewalk hot-spots where it's difficult to practice physical distancing. Full details – https://t.co/CJmmPibrTM

If you know of a spot in #BEY that could use a look – email me at Councillor_Bradford@toronto.ca or call 311. pic.twitter.com/2LYeUrbi94